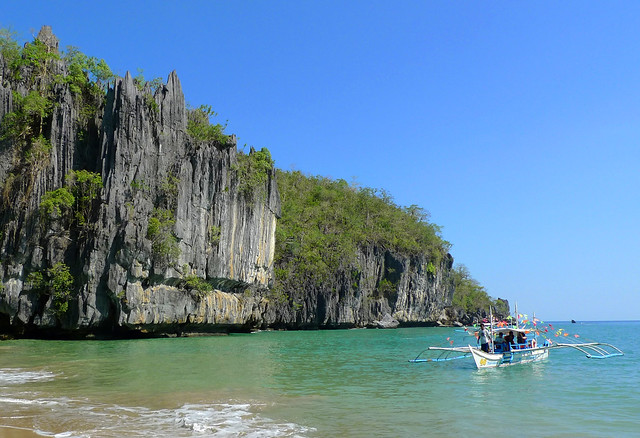 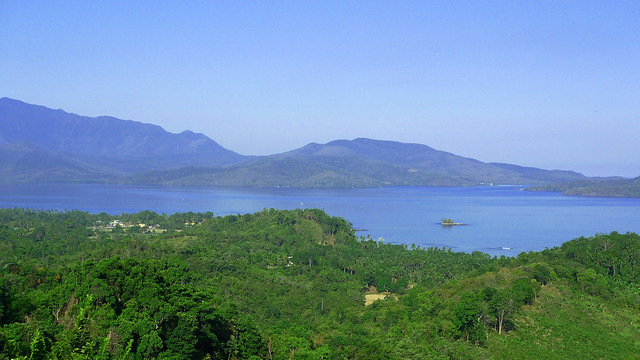 After we arrived in Sabang, the process for obtaining a pumpboat was straightforward but a queue had already formed. We went during the long May Day holidays so there were quite a lot of tourists, mostly locals, who were all so eager to see what we were also yearning to see. Still, there were enough boats for everyone and I didn’t find it necessary to book one prior to our arrival. From Sabang, it was a relatively short ride to the Underground River. We passed by several karst formations that seem to just emerge from the water. It really looked very much like the ones in Halong Bay and Krabi, but the formations were not as dense as the latter two. 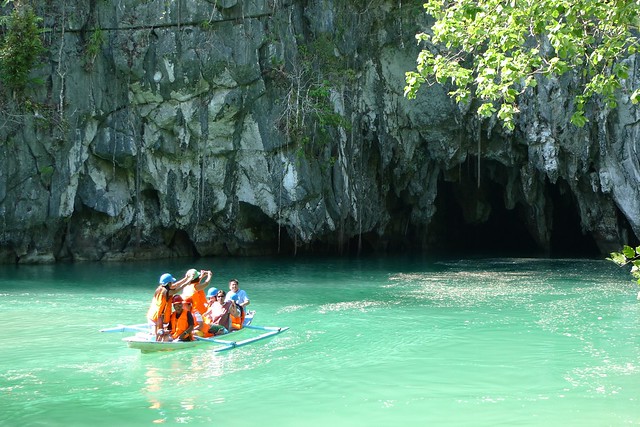 entering the mouth of the cave

The pumpboat finally parked by the beach were the River was located. Still, it took a bit of a walk inside a forest trail. There were two forest trail in the area, one that led to the River and the other that led to a monkey forest. At the end of the first trail, I came across that familiar blue-green lagoon, one which I had seen several times before in postcards. There was no mistake about it. I had finally arrived at the mouth of the Underground River. Again, there was a queue. To enter the River, one had to wear a set of life vest and board a small engine-powered canoe with a guide. The passengers from those pumpboats who arrived before us boarded first, naturally. 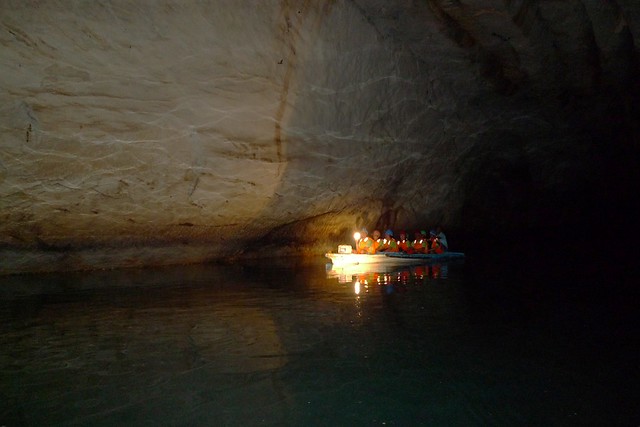 inside the cave – with just a flashlight to guide us

Our guide was an amiable fellow with a great sense of humor. He started his narratives even before we entered the cave. Anyway, I would say that the entry to the mouth of the Underground River is pretty dramatic, even if you don’t have a guide to heighten the atmosphere for you. From bright and inviting, all at once, everything turns dark and damp and one can hear the wings fluttering from small birds inside the cave as well as water dropping from the cave ceiling. 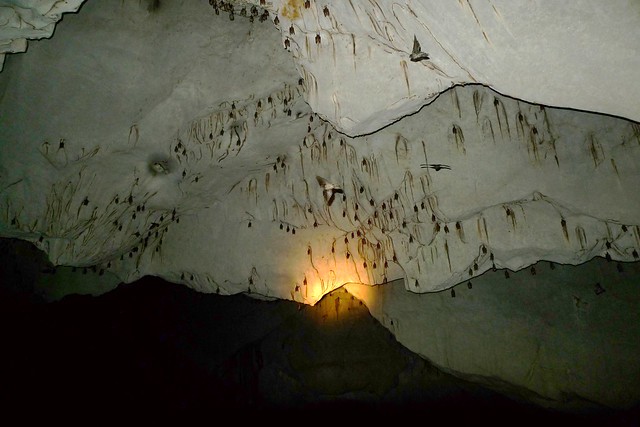 the bats and the birds…

The cave has several large chambers and I was quite intrigued to find out what it looked like if it was lit up. Unfortunately, we had none of that and all we had was a small flashlight to guide us through. There were several stalactite and stalagmite formations inside the cave. And depending on one’s imagination, it could be anything – a lamp, a vase, an animal, some person’s face and whatnot. That’s how cave tours go most of the time.

There were also swiftlets inside the cave – yes, the same ones whose nests are being used as a Chinese delicacy. Apart from that, there were bats sleeping upside down in some portions of the cave.

The River is actually pretty long, at 8.2 kilometers. A waterway that flows with the tides, it extends up until the South China Sea which is in the western part of the island of Palawan. However, we did not go all the way through and turned back around midway. 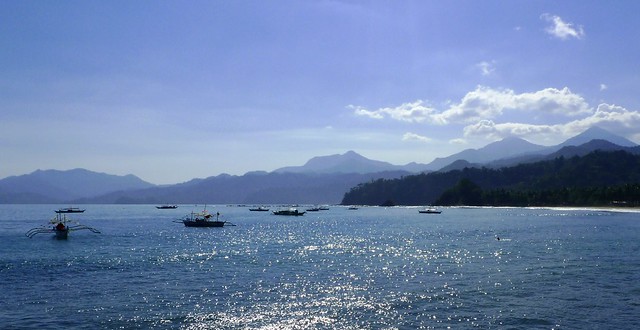 The natural dimensions notwithstanding, I could imagine why this place is so popular with tourists. One word – UNESCO. Even without international visitors, the River already gets hundreds of visitors a day. It has come to a point where it’s already heavily commercialized, which diminishes some of the appeal of the overall experience. While I thought the River was impressive, the whole idea of queuing up for pumpboats and canoes and going in with a mandatory guide who chirps about the formation that looks like a lady’s head was too Disney-esque for me. In fact, it reminded me a bit of the “It’s a Small World” ride in Disneyland, with the canoe ride inside a dark tunnel and all, except that I was looking at a natural instead of some man-made site. Now that it is also included in the New7Wonders of Nature, the place will probably get even more crowded now. Well, this is what tends to happen when a place receives some kind of designation. Despite this, I would still suggest going. After all, this is the only way to get in. Last time I checked, tourists were still not allowed to row their own canoes inside the River or swim their way through (not that I would expect anyone to desire to do the latter). 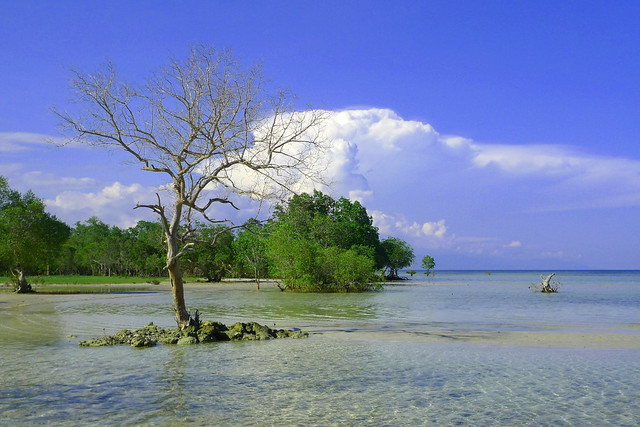 the tide is high at our hotel

Tip: On the way back to the main city of Puerto Princesa from the Underground River, there is a small Vietnamese village which used to house refugees who came to Palawan from you guessed it – Vietnam during the Vietnam War. While many of these refugees had already returned back to their native land, some still remain and you can find some good restaurants specializing in Vietnamese fare inside the village.