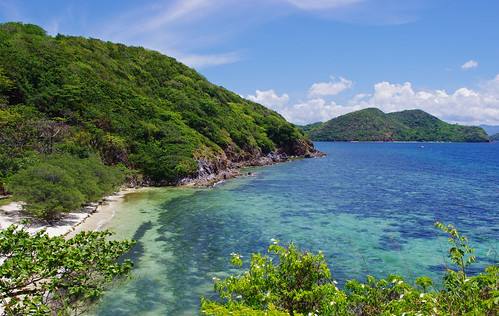 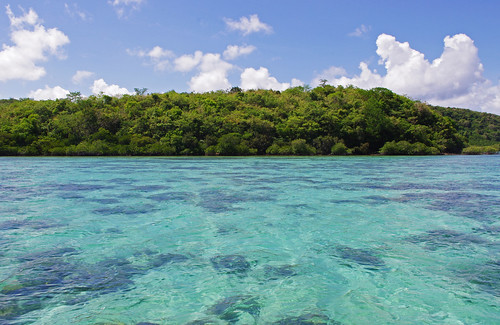 the view on the approach to the island

We first stopped at Malcapuya. The island itself is quite small, perhaps not more than a few hectares in area. Boats were docked in one side of the island while the beaches were located in another. The entrance fee is Php 200 per person which is a small price to pay given that the waters here are of great quality. 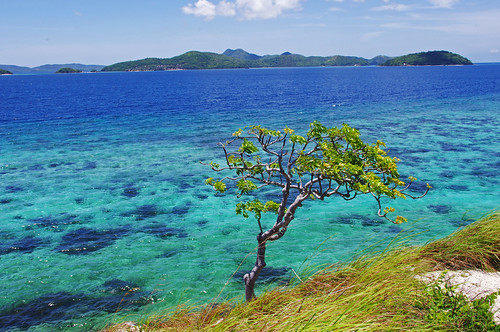 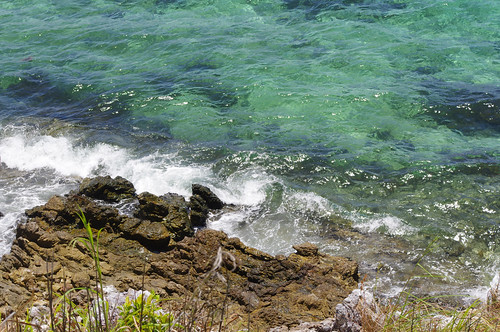 what we saw from the viewing deck at malcapuya… felt like jumping in then and there!

The actual beach consists of a long stretch of white powdery sand and I could see why people would immediately make the comparison with Boracay. The shallow water stretched for a few meters out into the sea and was totally baby blue in color save for the darker blue that represented the  patches of moss / seaweed growing in certain parts of the beach. Actually, this baby blue / dark blue contrast made for a fantastic view when seen from a higher point. It was fortunate that the island actually has a viewing deck situated in a rocky outcrop on the beach. Here, we were able to get a dramatic vantage point of the island and the shallow waters surrounding it. It was a dreamlike scene that seemed to have come from a painting. Nowhere else had I seen the colors so vivid against the sun. 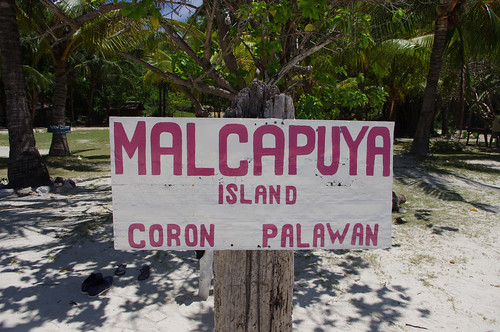 Malcapuya is only partially developed (not necessarily a bad thing) and there are some rest huts available for vacationers to rent for a few hours. It is likewise possible to stay in the island overnight. An air-conditioned bungalow which I suspect derives its electricity from a generator is open for bookings but these need to be made in advance. 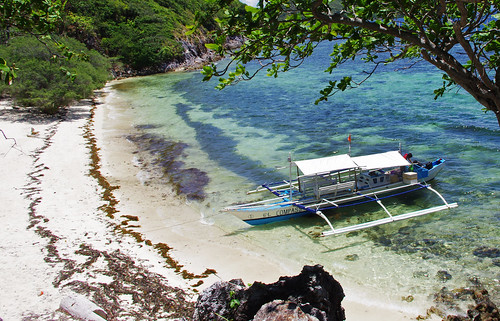 boat parked by the beach in malcapuya

It was already close to noon by the time we arrived in Malcapuya but no one seemed to mind the scorching heat. The translucent waters beckoned. It was a conducive beach for swimming as the water was relatively shallow even after venturing several meters out into the sea. It was just perfect. 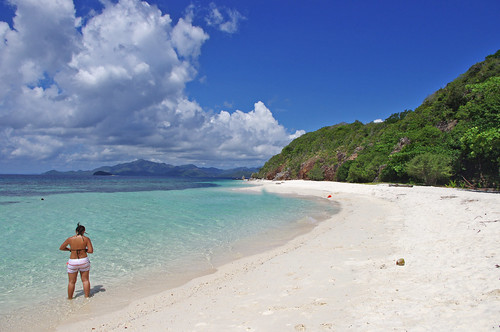 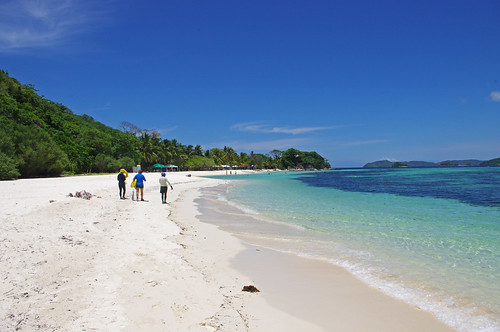 After having our fill of Malcapuya, we continued our island hopping and took the 30-minute boat ride to Banana Island. How it got its name, I have no idea. I assume it’s due to the shape. Again, there was an entrance fee – Php 200, similar to Malcapuya. 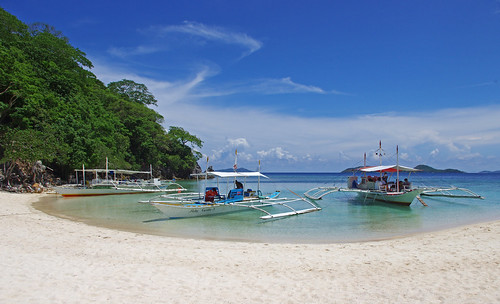 Compared to the previous island, Banana’s beach was shorter and the waters, though also as clear, were deeper. As a consolation, the marine life was better over in these parts, and the infrastructure was a bit more well developed.  It overlooked a larger island where a resort was in construction. 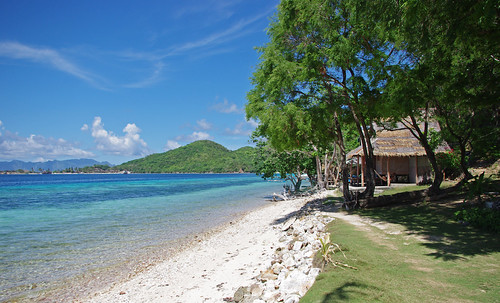 We headed back to the main town, for another 2-hour journey. Overall, I was glad we took the extra effort to come here. It’s not everyday that one gets to swim in turquoise waters out in the open sea and certainly, today’s island hopping did not disappoint. 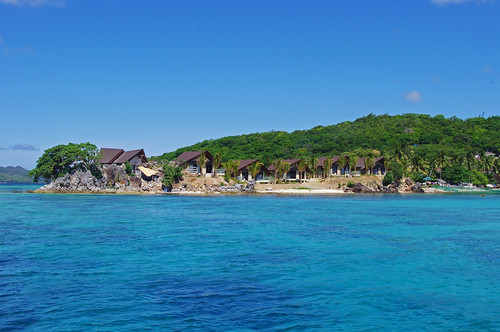 a new resort being developed right next to bulog island

This is Part 2 of our two-part series on Coron. Click here to read about our excursion to Coron Island Loop and the main town of Coron.

Where to Stay in Coron

Coron Bancuang Mansion offers excellent value. The “mansion” comes with its own pool and some rooms have great views of the sea and mountains in the distance. Rooms are clean and location is convenient – even more so for divers as there’s a dive center across the road.