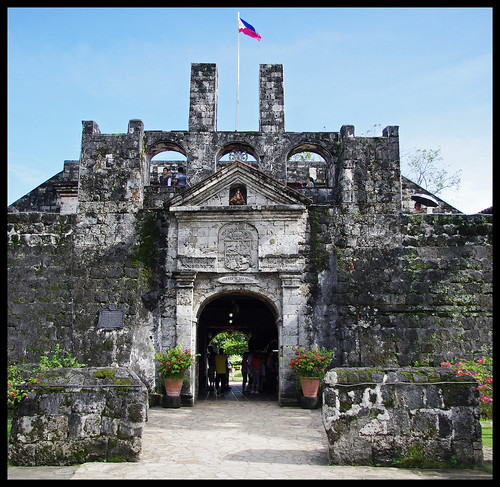 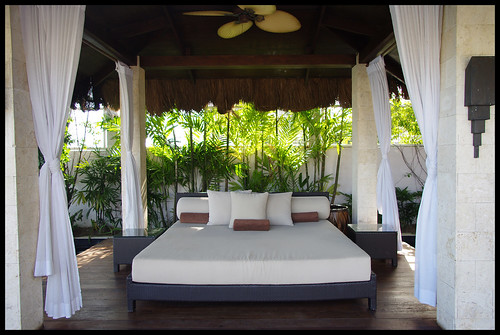 After exiting the Mactan International Airport, I went to the resorts strip in the northeastern part of Mactan Island. At the recommendation of my colleague, I hopped on a cab and checked out Abaca, a boutique resort which has been generating some buzz among those seeking the high standard in leisure. Its restaurant has earned a place in the Miele Guide as one of the best in the Philippines. 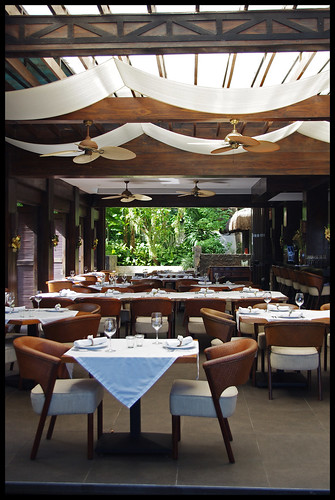 I tried their set lunch which was not exceptional but well-prepared and tasted good. The ambiance was fantastic and the service was great — the restaurant faces the infinity pool, which in turn faces the near-transparent waters of the sea off Mactan. Rooms start from US$ 300 a night! 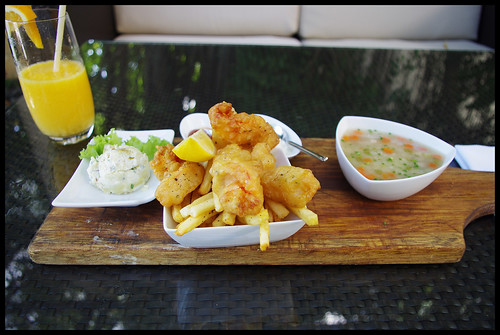 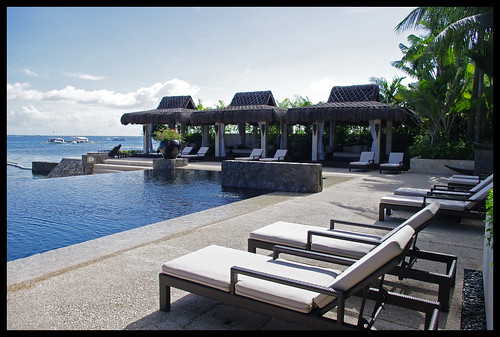 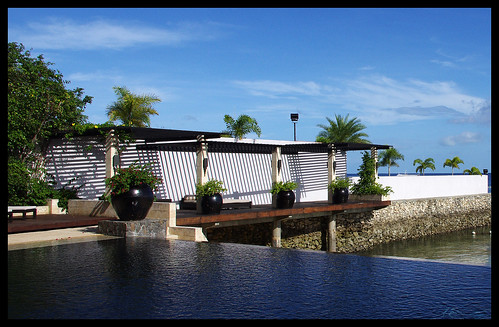 I also checked out the Be Resort next door. It was not as swanky nor as exclusive as Abaca, but its bold, if not kitschy exteriors, gave off a young-ish, fun vibe. 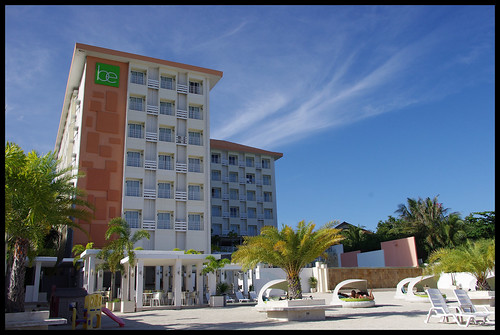 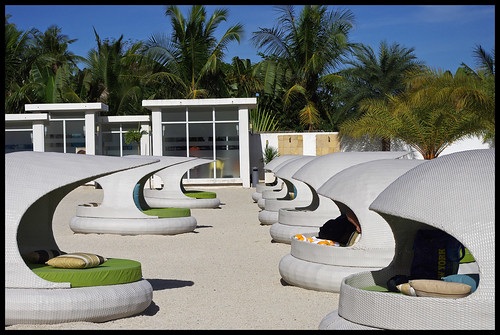 the beach by be resorts

After Mactan, I went straight to Cebu City. Known as the “Queen City of the South,” it is just a short hop from Mactan. It is one of the oldest cities in the Philippines and its written history dates back from the 1500’s when Ferdinand Magellan landed in the area during his crew’s groundbreaking round-the-world trip. 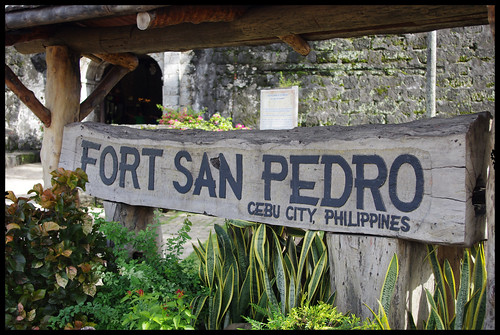 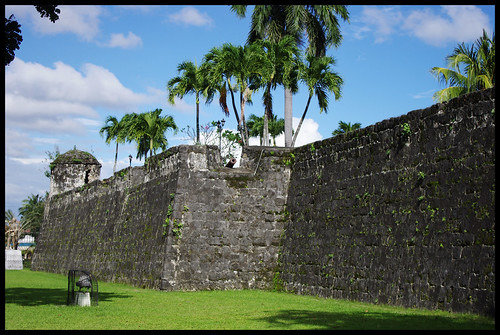 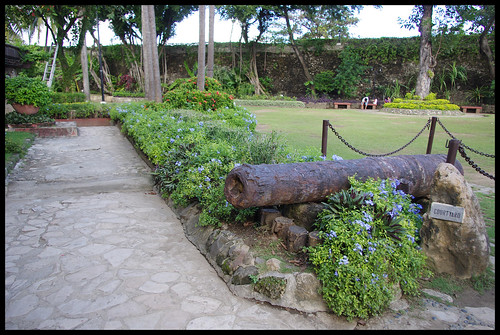 My first stop was at the Fuerza (Fort) de San Pedro in downtown. This historical structure used to be a military defense facility in the Spanish era, and served to repel Muslim raiders during the 18th century. 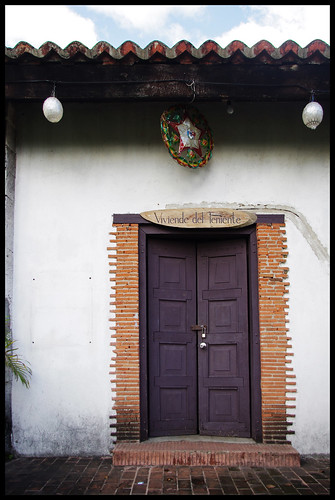 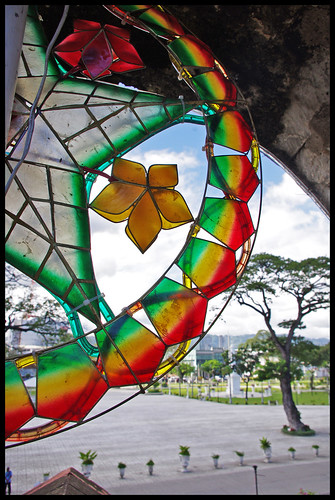 Next to it is the Plaza Independencia, a well-manicured park which separates the fort and the clusters of buildings in downtown. 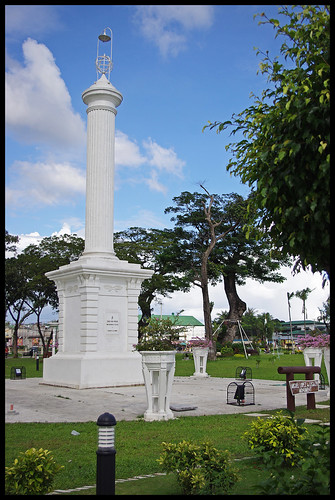 A short walk from there is the Magellan’s Cross – perhaps the landmark of the city. It is said that the cross on display is a remnant of the actual cross planted by Ferdinand Magellan during his fatal stopover in Cebu in 1521. Many historians dispute this however, believing that the actual cross had been burned or destroyed by the un-colonized natives back then in the 16th century during the first failed attempt by the Spaniards to colonize the Philippines. 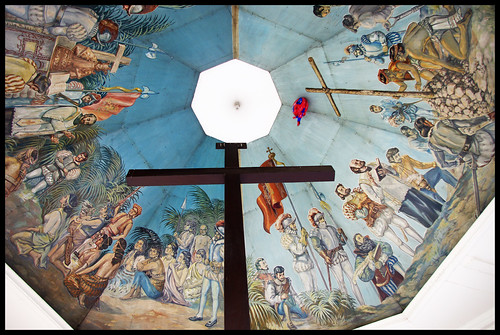 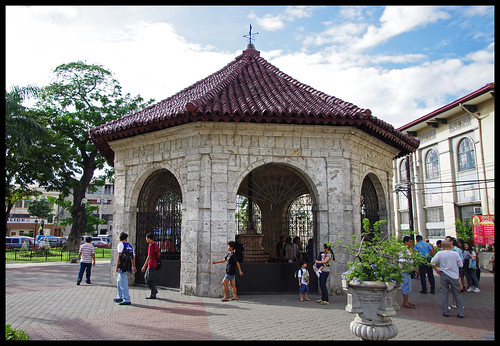 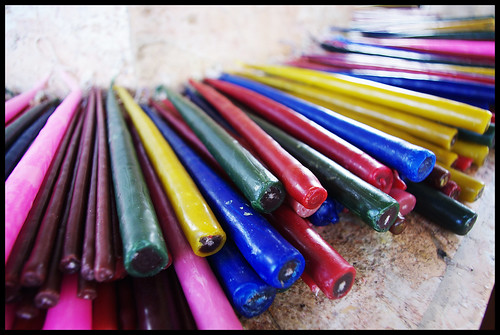 candles for offerings in magellan’s cross

The Basilica de Sto. Nino is just a short walk from here. On the day of my visit, there were thousands of devotees queuing up to touch the statue of the child Jesus. This same statue has been deemed with a near sacred status after it survived a great fire some time in the 16th century. 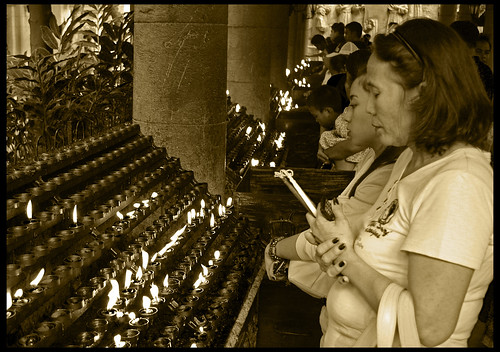 It was a snaking crowd. I did not have a chance to see it as I did not have enough time. Many of the devotees also went to light candles and offer their prayers to greet the new year. As it was January, it also marked the start of the Sinulog Festival, in honor of the patron of Cebu – the Sto. Nino (the Child Jesus) that culminates in the 3rd Sunday of January. 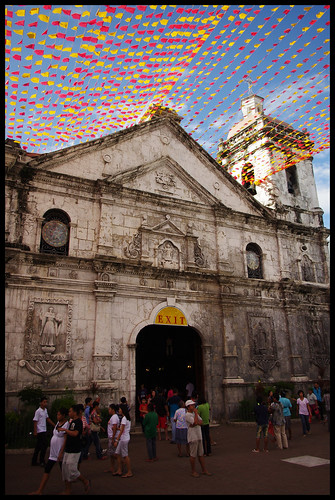 I capped my visit with a short stroll to the Cebu Metropolitan Cathedral. I was particularly amazed by the Chinese-influenced lion guards outside the cathedral’s main doors which I normally only see in places that were obviously heavily influenced by the Chinese. 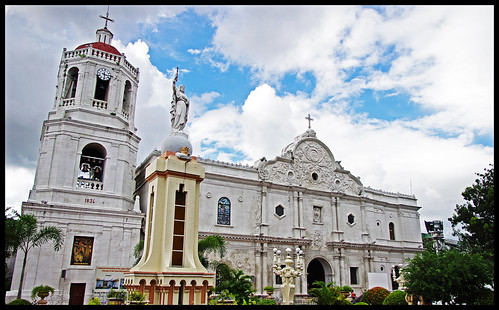 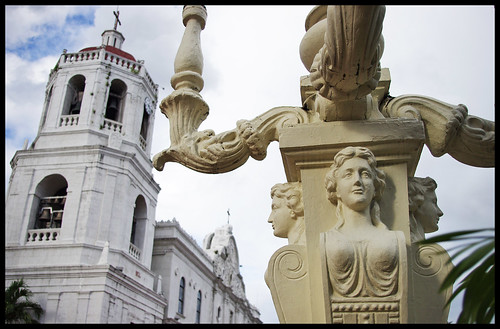 It had started to rain shortly afterwards and I had a flight to catch. I hailed a cab to take me to the airport.

I ended my 5-hour jaunt with a good impression of Cebu. “I could live here,” was one of the thoughts that came up to my mind. To be honest, the place reminded me of Bali (another island I really like) – sans the Hindu-influenced culture.

Good thing it’s only a hop and a skip away from where I live.

If you have more time to spare…
It was a shame I only had 5 hours in Cebu! If I had  a couple more days, I would make a trip up north to Malapascua for its translucent waters.

I went back to Cebu recently and stayed the Shangri-La Mactan Resort & Spa which is about an hour away from the city. For more lodging options in Cebu, you can compare the best prices HERE