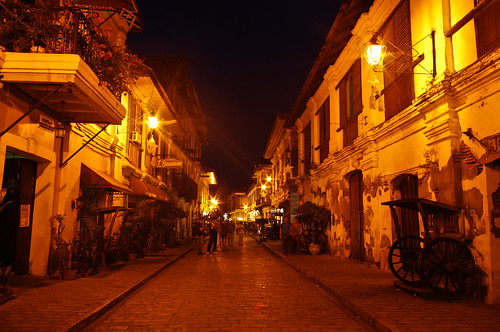 Not far from the house is the church of Sarrat. Said to be the largest church in all of Ilocos, I couldn’t help but notice its resemblance with the church in Bacarra. There is a belltower standing next to it, similar to the one in Bacarra but in better shape. We arrived at the church just when a wedding ceremony was starting. It seemed that many people were choosing to get married at Christmas time. Perhaps it is considered an auspicious time. Or perhaps people just have more time to tie the knot during the holidays. 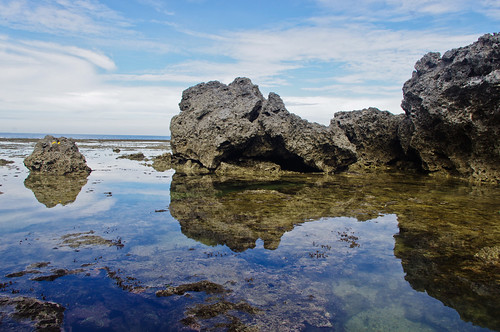 We officially started heading south after the short stop in Sarrat. Many of the interesting towns along the way – Paoay, Batac and Currimao – certainly offer interesting detours but we had already visited most of these. We then made a turn to Currimao, a name which until now baffles me. Many of the more upscale resorts in Ilocos are actually situated here and although it’s not a particularly lively town, the place is conveniently situated just between Laoag and Vigan, the two main cities of the region. We stopped by Currimao primarily to see the Pangil Rock Gardens, a series of coral rocks jutting out of the shallow pools by the coastline and that extends for miles. It was getting cloudy by the time we arrived here but I could imagine how spectacular the scene would be around this “garden” during sunny days when the shallow pools would give off a soothing blue green hue against the coral rocks.

One thing I must say about Ilocos, there sure isn’t a shortage of worthy stops across its many small towns. After leaving Currimao, there was one more small town to visit – Badoc. The name of this town may not ring a bell to most people but actually this is where a national hero, the artist Juan Luna, was born. We got to visit his family house, a building restored in the 1970’s during the Marcos administration. Aside from personal paraphernalia, there were also some reproductions of Juan Luna’s works. And like the Marcos house, it also provided a glimpse on how the well-to-do lived then. 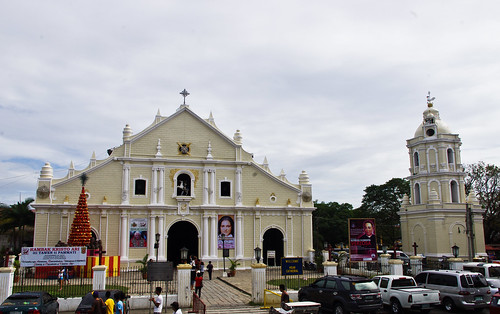 see what I mean about the cars dampening the old town atmosphere?

With all the small towns covered, we were now off for the grand finale – Vigan! From Badoc, it was a further 1 hour or so trip. We were in Vigan in no time. First impressions – there are too many cars parked by the historic buildings which dampens the atmosphere a bit. Otherwise, pockets of this old-world charm can still be found in places like the pedestrian-only Calle Crisologo and some of the streets parallel to it even though they are not pedestrian-only. 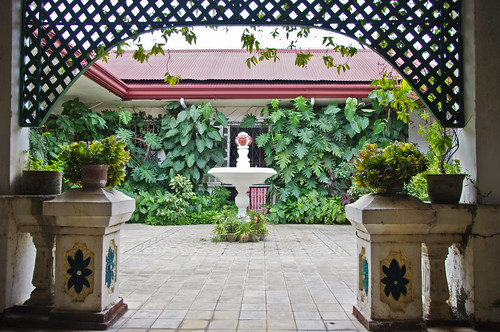 the garden in the syquia mansion… very spanish in style

Within Vigan, there are a number of important sites, notably houses of famous Filipinos and mestizo families. Within one day, we covered the highlights including the Burgos House, Crisologo Museum and the Syquia Mansion. The latter was particularly impressive. It was humongous as far as mansions go, especially for one that is situated in the city center. The said house used to be the residence of former president Elpidio Quirino, who is a native of the town. The building is built in typical Spanish style though adapted quite bit towards tropical use. Of note is the garden situated in the middle of the house which resembles very closely those found in Andalucia, Spain. These sights are quite interesting to me as a Filipino, although I can’t help but wonder whether it appeals to foreign tourists, of which probably 99% have no background and don’t give a damn about our former congressmen or presidents. 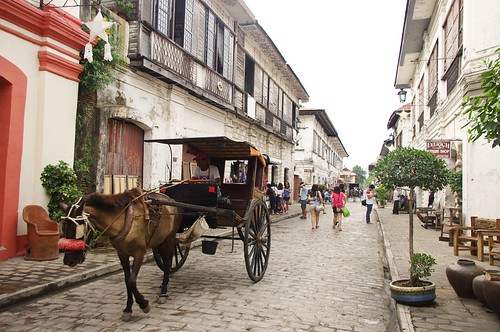 the trademark calesa of vigan

But of course there is a highlight to Vigan. It would not be a UNESCO World Heritage Site for nothing. That highlight to me is the Mestizo district. Flanked by Calle Crisologo, coming here is like taking a step back in time. Take away the people and it wouldn’t be hard to imagine oneself in Spain — Southern Spain to be particular. In fact, it reminded me very much of Cordoba, with its whitewashed houses and cobblestone streets.  There was of course a very Filipino element added to this architectural theme, such as the use of capiz shells for the windows. Calle Crisologo is also a wonderful place to just people-watch. 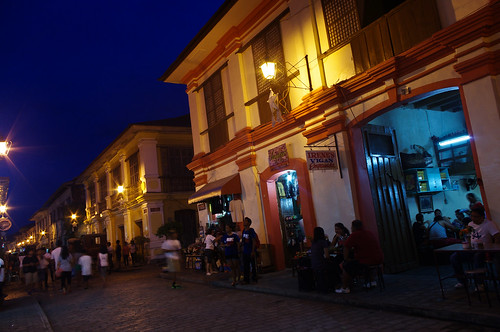 Coming here, I could not help but compare it to the other UNESCO World Heritage sites in the region. Having been to Malacca, Penang and Luangprabang, I still prefer Vigan. And that’s being objective. Food-wise, I would probably hand it down to Malacca and even Luangprabang. But architecture and atmosphere-wise, I would definitely give it to Vigan. The old town is particularly charming at night. I just wished they did something about all those cars parked in the plaza. 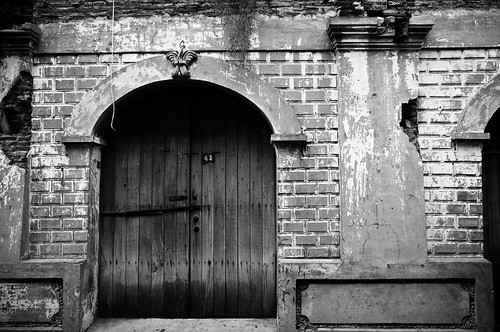 One can just spend half a day wandering about the stores in and around Calle Crisologo. But I would recommend at least a day to soak up the old world atmosphere which feels like a juxtaposition in the Far East. Many of the goods sold in this area are tourist traps, although there are many local specialties which can prove to be good buys here such as longganisa (native pork sausages), bagnet (deep fried pork) and hand-woven cigars. 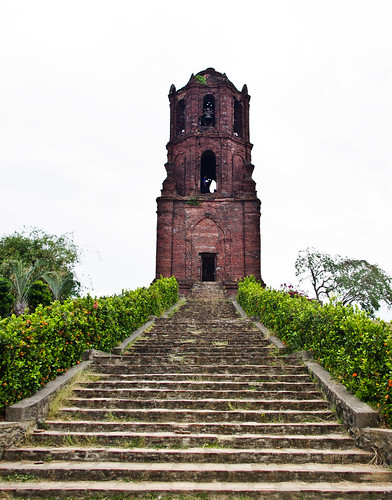 From Vigan, there are some great daytrip opportunities. Just a hop and a skip away is the town of Bantay which features a church constructed in the neo-gothic style that is probably similar to what one would find in “Canterbury Tales” as well as a belltower standing by its lonesome on a hill.

This is a 3-part series on my trip to Ilocos. You can read the earlier posts here.