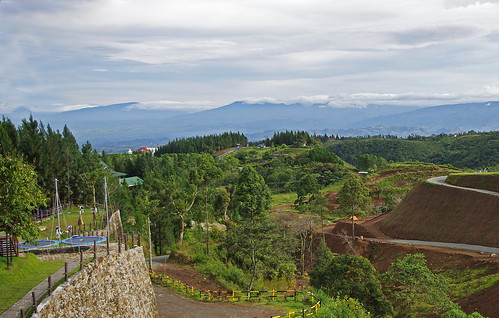 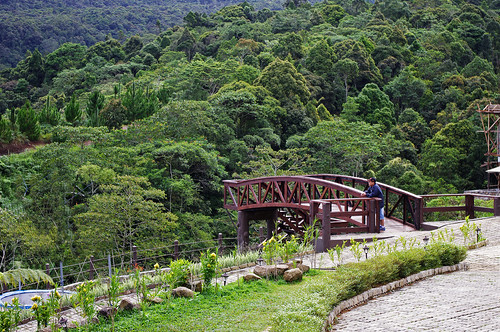 enjoying the scenery in dahilayan

The site has been developed to what is currently known as Dahilayan. Most people come here on a daytrip but we decided to stay here for the night. Having arrived in the Mindanao mainland from Camiguin, we were again whisked by a van for the 3.5 hour trip to the highlands. We arrived in the evening, after negotiating with unpaved roads and being surrounded by Del Monte pineapple plantations that stretched as far as the eye can see. 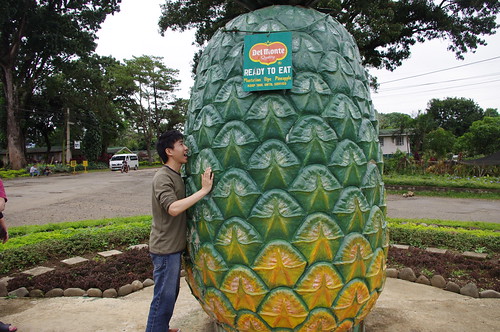 it did say it was ready-to-eat 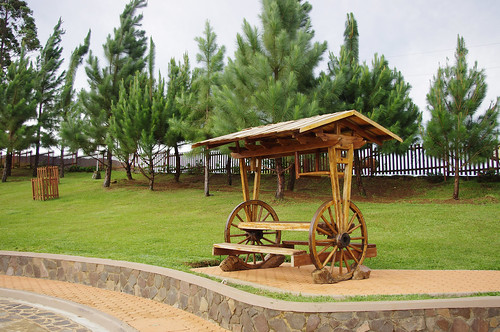 There are four hotels in and around Dahilayan. We opted to stay at Forest Park which is near all the park activities. Despite going out with little marketing compared to its neighboring hotels, we found Forest Park to be more than adequate with well-appointed and spanking new rooms. We got a Family Room which was very spacious — the beds are so big that the room can sleep up to 6. 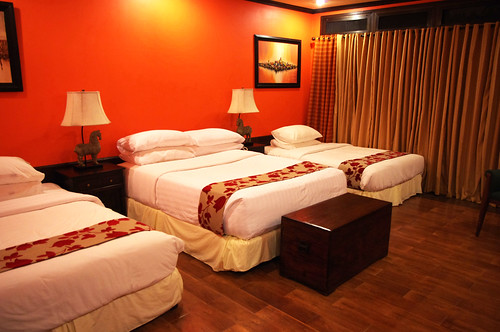 The next morning, we got to try some of the actvities. There’s a wide variety of things to do in Dahilayan for all ages which include zorbing, walking through nature trails, driving all-terrain vehicles across dirt paths and of course, the zipline. 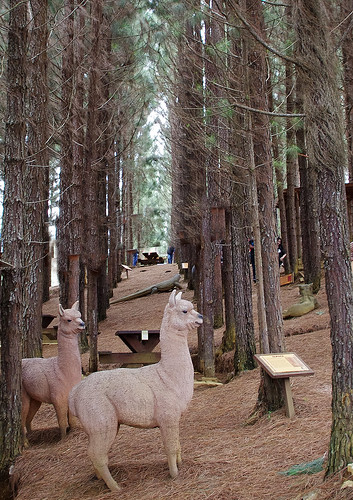 We started by doing the zorb. Ever since I saw it being done as a challenge in The Amazing Race from several seasons ago, I had been curious to try it but I’d never in the past been to a place that offered this. Forest Park offers zorbing for only Php 225 (US $5) for an approximate 12 seconds of nonstop bouncing. I initially thought it was too short but it ended up being just right after I emerged dizzy and disoriented from my bounce. 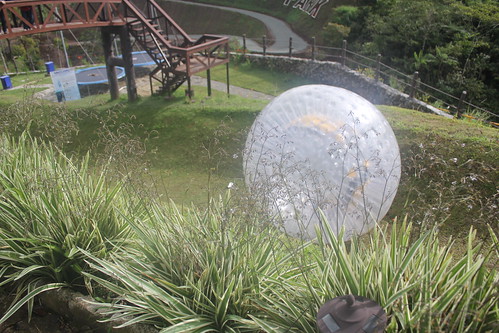 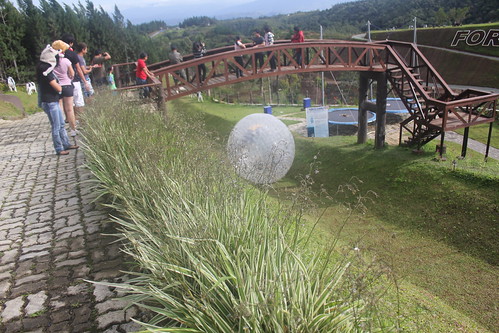 just rolling… and rolling away

The highlight of Dahilayan is of course, the zipline. We availed of the complete package which consisted of 3 zips – first through the shorter 320m and 150m zips and then to the 840m one which is dubbed as Asia’s longest dual zipline. 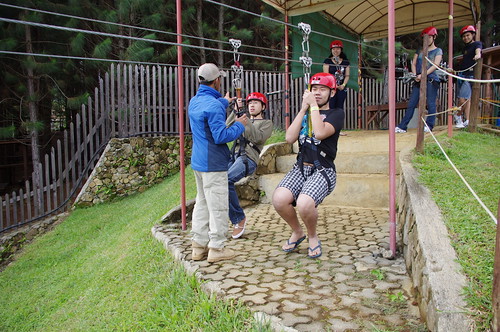 The 320m and 150m zips are actually quite relaxing as the rider is harnessed in a seated position. It was a great way to witness the majestic alpine landscape of Bukidnon with the cool wind providing natural ventilation. 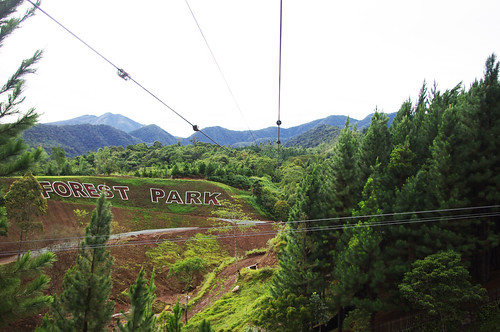 Being much more exhilarating, the 840m zip works a bit differently. The rider is taken to a higher elevation in the park and harnessed horizontally in a “flying” position. I must admit that I felt quite nervous in the beginning, being wrapped in something resembling a mental patient’s costume does not look reassuring. But all that wears off once it starts and the zip then works its way gradually downwards at a speed of up to 80kph, passing by pine-laden forests and a couple of hotels.  It takes approximately a minute before I heard a popping sound, signaling the end. It was really fun, and that alone makes the trip to Bukidnon worth it.

How to get there:
Dahilayan is located in Manolo Fortich, Bukidnon. It is approximately 1.5 hours by car from Cagayan de Oro (which has direct air connections to Manila or Cebu). The best way to get there, especially if with a big group, is by hired car (you can find lots!) in Cagayan de Oro. We went with Greene Travel and Tours (number: +63 927 407 8359; email: [email protected]).