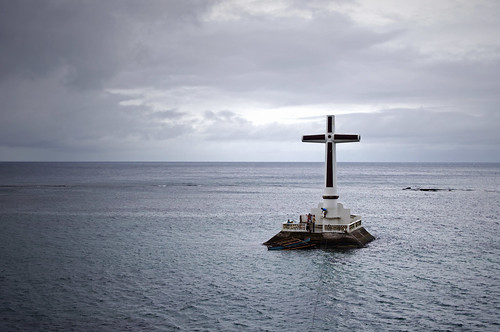 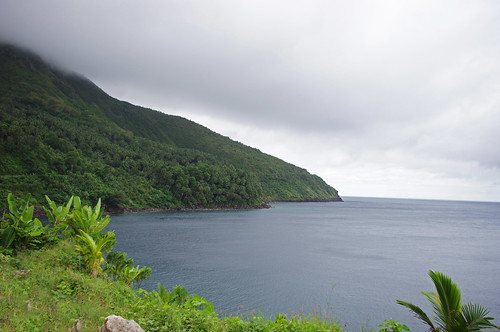 After arriving in CDO airport at in the morning, we were whisked away by a hired van (there were 12 of us) to Balingoan for the slow ferry. We arrived at a little past noon which was just in time for the 12:30PM ferry. We arrived in Benoni at about 1:30PM in the afternoon and was transferred to our lodging – the Bahay Bakasyunan sa Camiguin. We only had one night to spend in Camiguin so we decided to squeeze in as much as possible before it got dark. First (and only) stop that afternoon was the Ardent Hot Springs (admission: Php 30) where the water supposedly comes from the Mt. Hibok Hibok volcano. It was already late afternoon by the time we arrived, and since it was drizzling, it was just the perfect time to soak in the hot pools. It was already dark by the time we left (and still drizzling!) the springs so there was nowhere else to go in this quiet island but back to Bahay Bakasyunan. 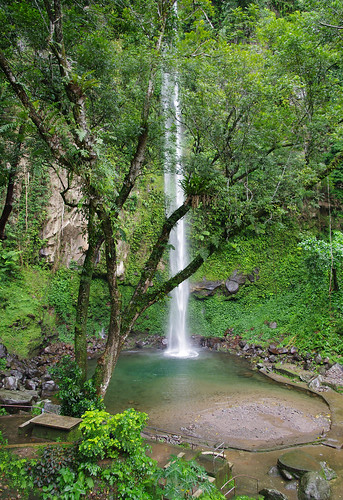 The next morning, we left at about 8AM for a half-day tour of the island. It was still drizzling by this time so we started at Katibawasan Falls (admission: Php 20). It has a height of about 250 feet which drops into an oblong-shaped pool. Cottages were available in the facility which allowed for some swimming / bathing. The water here was also very cooling and it was a great way to start the day. 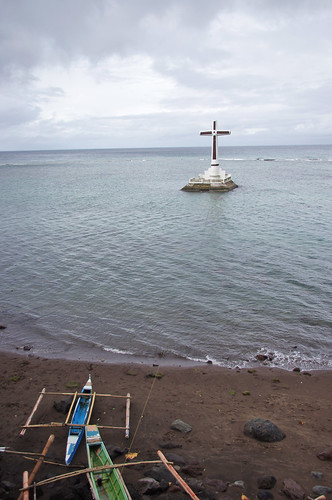 After a few photos, we went to the Sunken Cemetery in Bonbon, Catarman. The site of the cemetery used to be part of an old town in Camiguin that had sunk into the sea after a violent volcanic eruption in 1871. The large cross was erected only recently to mark the site of the old graveyard. Today, it is still possible to see remnants of the old moss-covered gravestones beneath the sea during clear days when the water is more transparent. Otherwise, it is also possible to dive in these parts and it makes for a remarkable, if not eerie, divesite. 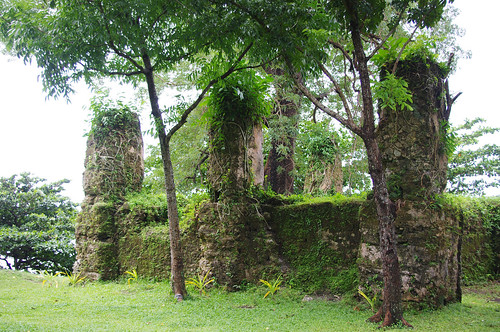 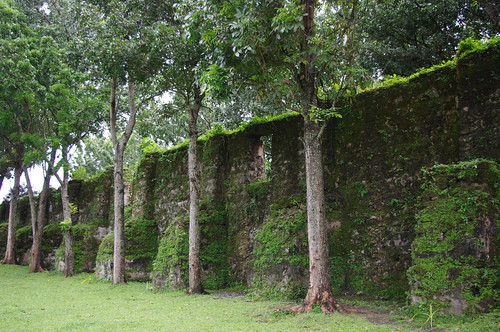 old church ruined by a volcanic eruption in the 19th century

Just a short hop from the Sunken Cemetery are the old church ruins of Catarman. These, too, were destroyed during the volcanic eruption and what remains now are the stone walls of the church and convent. This was our last stop and we headed back to Bahay Bakasyunan afterwards to pick up our bags for our 1:30PM ferry ride back to the Mindanao mainland.

My biggest disappointment about this trip was our inability to visit White Island, said to be the highlight of any trip to Camiguin. It was drizzling during the entirety of our visit and the water was a bit rough so a trip to the said island was impracticable. Maybe next time.

We were transported by the amiable Teddy (Tel: +63 939 2440521) in his multicab that can sit up to 18 people. There were 12 of us and he charged us Php 2000 for an afternoon trip plus half-day morning trip the next day inclusive of one-way transfer to the Benoni Port.