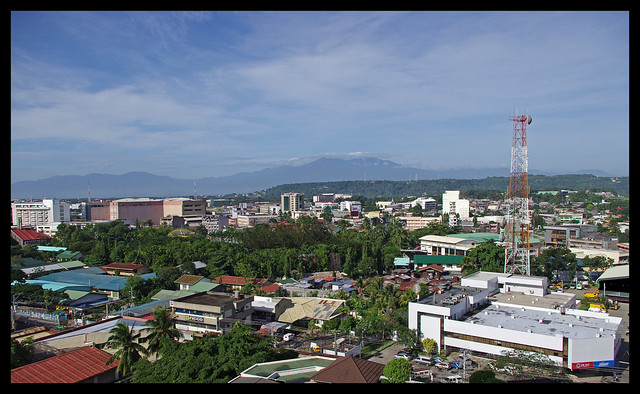 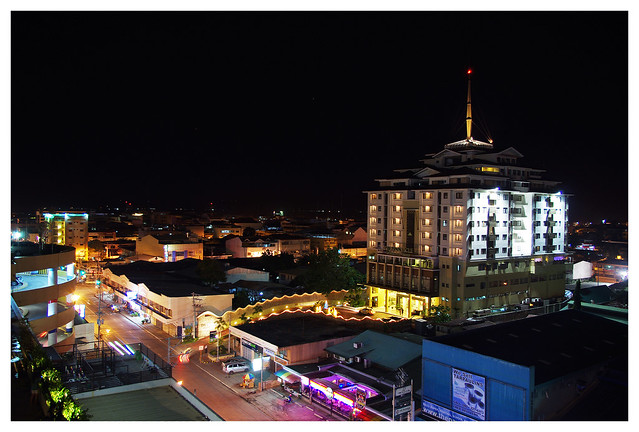 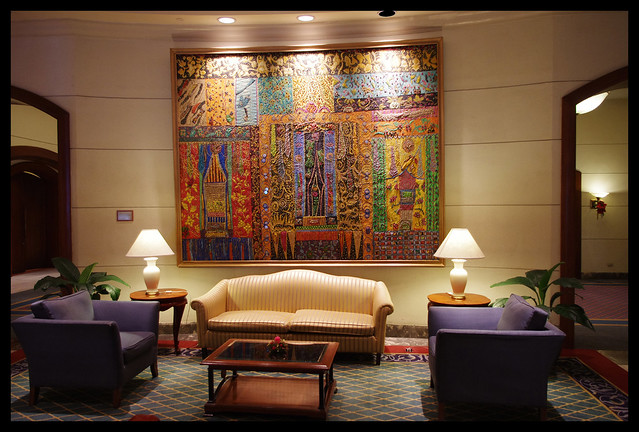 lobby of the marco polo hotel

Marco Polo Hotel is the only 4-star international chain hotel in the city, if not in the entire island of Mindanao. It boasts a grand and well-appointed lobby but the rooms, though clean, are showing their age. Service was great – and I was surprised the staff members were able to greet me by my name whenever I entered the hotel. The breakfast buffet spread was a big plus, and consisted of fresh fruit juices and several dishes to choose from including various types of fish for grilling. The variety rivals the spread of even better hotels elsewhere. 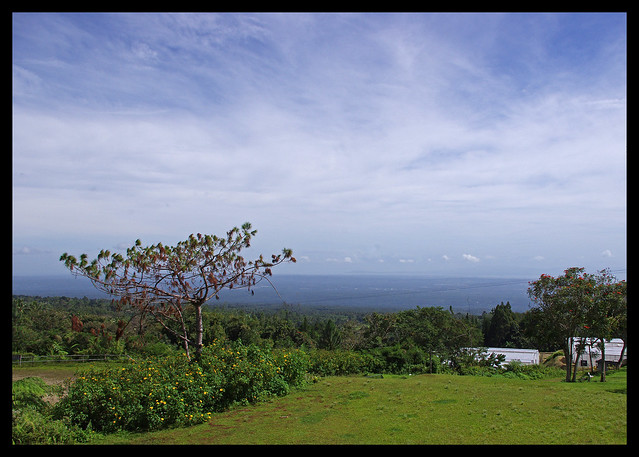 the air up there @ eden nature park

Since I arrived in the evening, I technically only had one night to spare in Davao. Most of the sights are far from each other so we had to plan ahead where we wanted to go. We ended up going to three places – Eden Nature Park, the Philippine Eagle Center and the Crocodile Park. All three places were very touristy but regardless, I enjoyed exploring them all. It was a good change from the ancient sites that I typically go to. 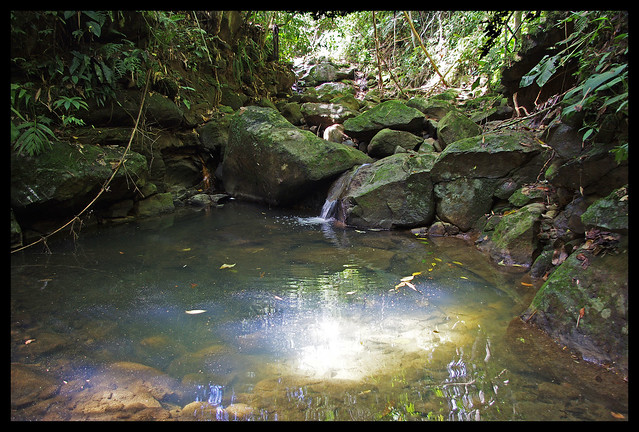 the nature trail of eden

We started early in the morning and our first destination was Eden Nature Park. It is designed as a mountainside resort, complete with (you-guessed-it) ziplines, farmlands, nature trails, roaming animals… you get the drift. Three of us decided to do the nature trek which seemed like it took forever. Although still situated in Davao City, it was really authentic and set in an actual forest within the park, and came with muddy obstacles, slippery grounds, fallen trees and all sorts of insects and spiderwebs. This trek took up our entire morning and we had buffet lunch in the park. At Php 500 ($12), I would not recommend it. The food was okay, but I didn’t think it deserved to be priced that much. 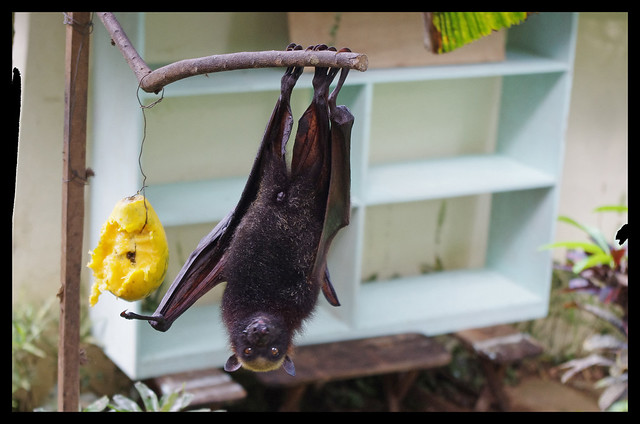 a fruit bat looking at me

We then went to the Philippine Eagle Center. Although I am of the view that seeing one zoo means you’ve seen them all, I thought this place was quite special as it housed the national bird and one of the largest eagle species in the world. Once inside, I realize they’ve turned it into a tourist trap, by showcasing other unrelated animals in the complex such as macaques, pigs and whatnot. We did get to see the Philippine Eagles, but all were caged at some distance from the viewing deck. I learned a fun fact during the visit, that most eagles (Philippine Eagles included) are actually monogamous like humans, or so one thinks. And that the eagle’s talons have a grip that is as powerful as six men combined. 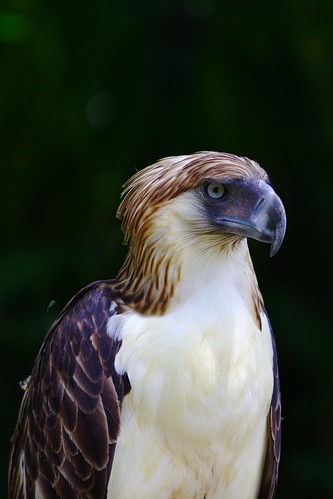 the philippine eagles, one of the world’s largest (photo by pacificklaus) 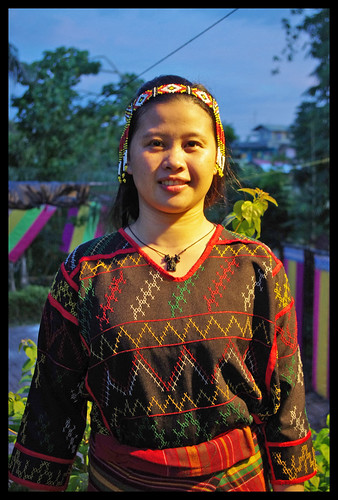 The entire afternoon seemed devoted to fauna as we proceeded to our next destination, the Crocodile Park. Yes, it was like another zoo but it was pretty interesting as they showcased mostly native animals, and there are a lot of animals that are found only in Mindanao and nowhere else. There were also ostriches inside the complex and I suppose that was mostly for novelty value. The admission fee paid (Php 150 or USD 3.50) also allows one to enter the Tribu K’Mindanawan, a village showcase of native Philippine tribes. I think I was more excited to see this rather than the crocs. I had wanted to see the T’boli tribe which is native to Lake Sebu in South Cotabato. During weekends, there are actually live shows performed by these local tribes but there were none during my visit. As a consolation, I chanced upon a tribeswoman as the park was about to close. She was dressed in native costume that doesn’t resemble anything I’ve seen elsewhere. 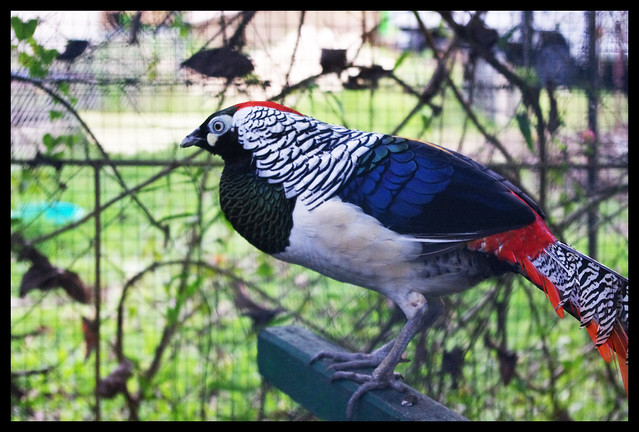 another bird… forgot what this is called 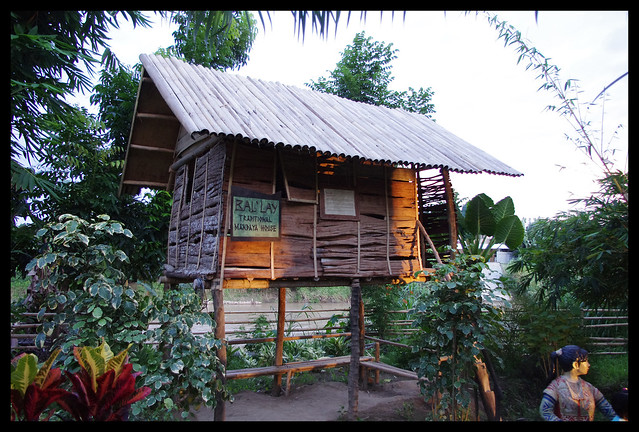 We went to only three places but it was already night by the time we left the Crocodile Park. I met up with Kelvin, one of my oldest friends and a native of the city, who took us out that evening and showed us a bit of the local nightlife. Davao is known for its strict rules, and most watering holes and clubs in the city shut their doors by 2AM and liquor is not allowed to be sold beyond this time. We went to Matina Town Square, Davao’s nightlife and entertainment center. Despite being a weekday, it was jampacked with people making last-minute meetups with friends before the new year. 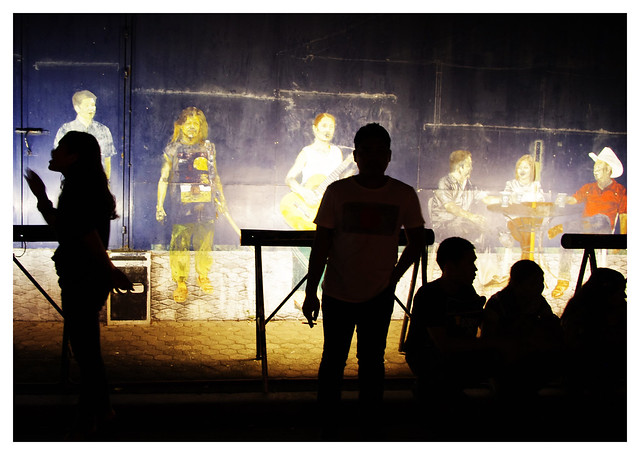 The next morning, before leaving for Samal Island, I had my morning jog at Peoples Park. The park is normally not open early in the morning but the guards are usually willing to accommodate to requests by non-locals to enter. Of note are the sculptures inside the park done by Davao local, Kublai Millan. 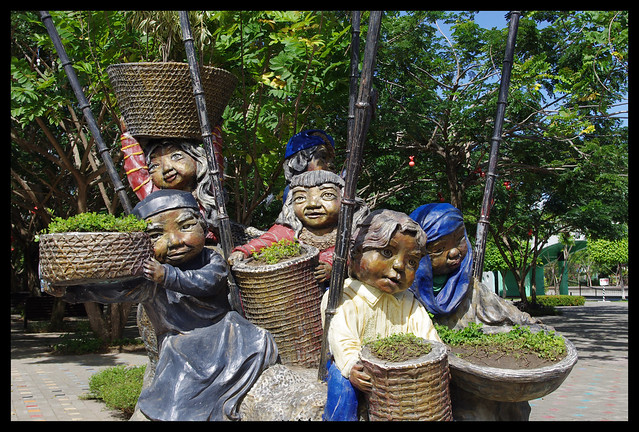 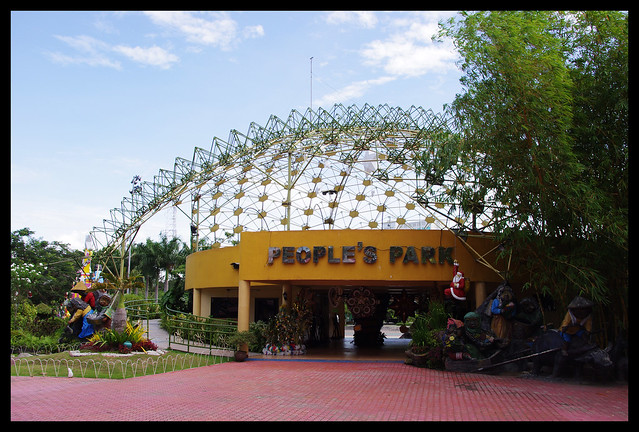 reminds me of singapore’s esplanade for some reason…

Overall, I liked Davao City. It is highly urbanized yet still pretty laidback. One gets all the creature comforts of living in a large city here with an added bonus of an island paradise next door (Samal Island) and trekking opportunities (Mount Apo, the Philippines’ tallest peak). The residents here truly have it good, and I am not surprised why this city often shows up in international surveys as one of the country’s most liveable and competitive.

How to get there:
Several daily flights link Davao City to Manila and Cebu. The sole international link is with Singapore where there are thrice weekly flights by Tiger Airways and SilkAir.

When to go:
Unlike most parts of the Philippines, Davao has a uniform distribution of rainfall year-round so there is no pronounced dry or wet season. Any time is a good time to go!