Few major cities in the world can lay claim to having relatively undisturbed tropical rainforests lying within the metropolis. Places like Rio de Jaineiro and Mumbai come to mind. There is another city, which very few people outside of it would include in the list I just mentioned. Surprise, surprise. That place is Singapore. 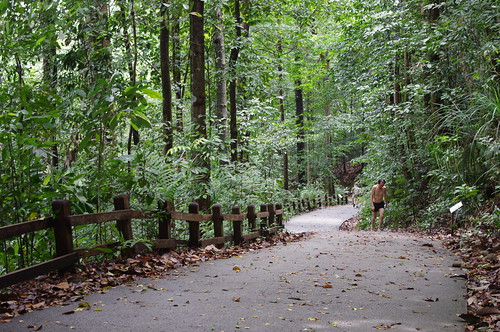 the long and winding trail…

Despite dubbing itself as a “Garden City” and filling almost every road, bridge, overpass and even airport with greenery, no one would usually make the logical leap and think of finding jungles here as well, much less an authentic one. The zoning of new land leaves less open ones as years go by but one place has remained untouched despite the rapid urban development and limited space – a nature reserve called Bukit Timah. Now measuring a mere 1.64 square kilometers, this was once part of a larger forest where tigers and many other indigenous animals used to roam. 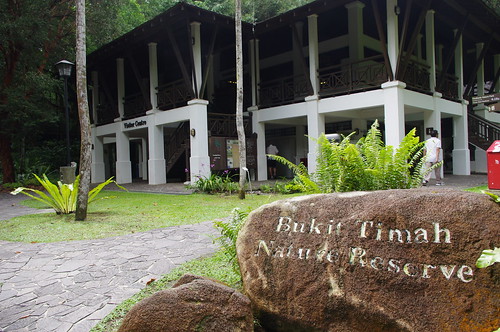 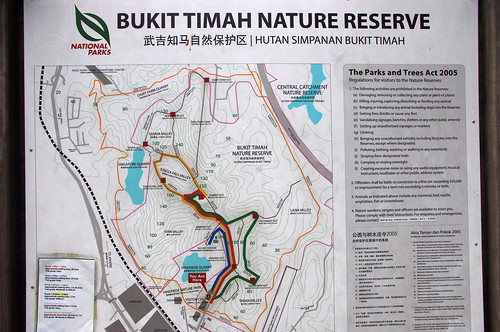 No tigers are to be found today (except for one filled with stuffing in the exhibition hall). But aside from being the only piece of rainforest left in Singapore, this place is also known as being the site of Singapore’s tallest peak. Where it is Mt. Everest for China and Nepal and Mt Kinabalu for Malaysia, in Singapore it is Bukit Timah Hill. Yes, a hill. Not even a Mount Bukit Timah, but a patch of greenery that looks like a small bump from up in the air. 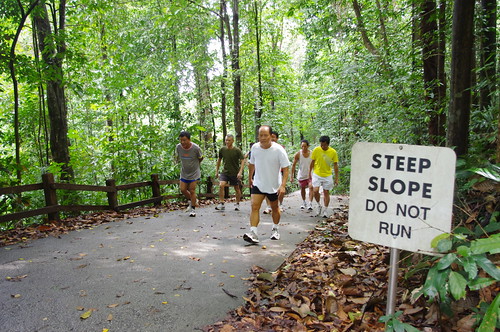 thanks for the warning

I thought I’ve hit the jackpot when I heard that the tallest summit of a well-known country such as Singapore was a mere 164 meters. Right after what I would expect to be an easy climb, I could cite “scaling a country’s tallest” as one of my proud achievements. Never mind the ridicule that may follow once people wise up to how tall it actually was. 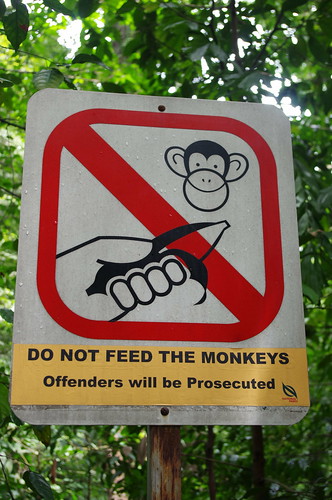 Seriously speaking, the nature reserve is a great place to see another side of Singapore. To go there is to be away from all that is usually associated with urbanity. There are several other walking trails away from the main path that give even more of that jungle feel if one so desires. A climb via the standard route usually takes less than 2 hours max round trip, including some resting time at the summit. 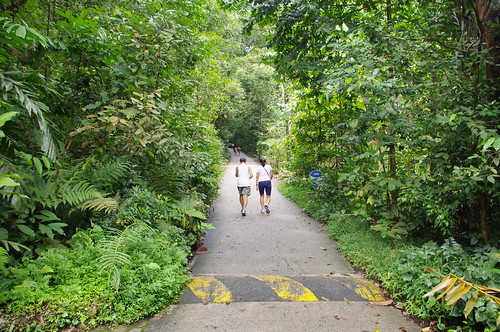 where the trail starts

The actual trail to the peak starts from Hindhede Road, just past an affluent residential area From here, there’s a concrete path that leads all the way to the top. But before that, there’s an exhibition showcasing the forest itself. This includes a replica of a native tiger now extinct and some other dioramas including a mock-up of the nature reserve itself. 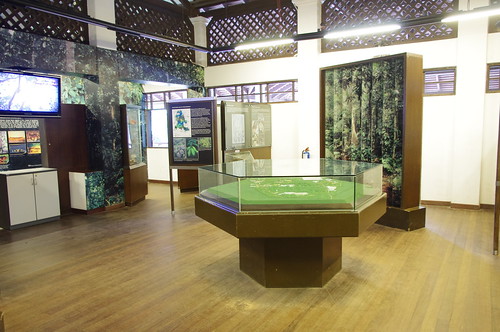 There are few twists and turns on the trail up but there is a portion (around midway) that is quite steep. Vehicles are not allowed up so the only way is by foot. 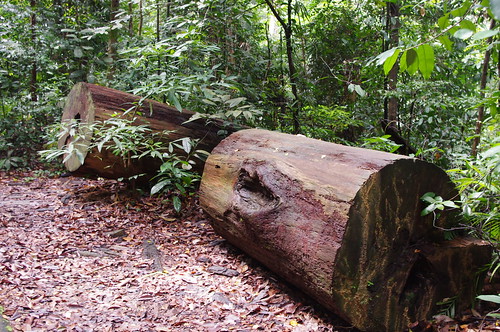 pretty thick if you ask me

On the way, there are various signage pointing to some native plants and animals. I heard that there are several macaques around the place but never got to see one. 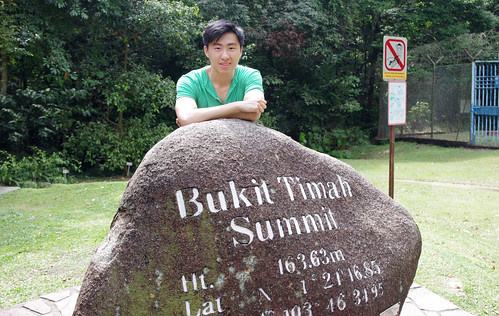 Finally, one reaches the summit! There is only a humble stone marker depicting it, as well as a hut. Not a difficult climb at all! 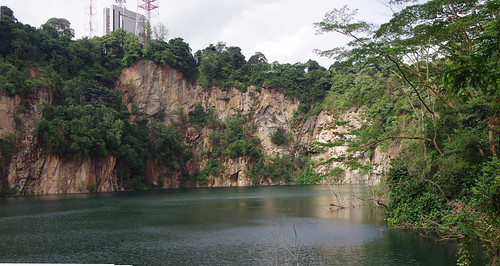 Immediately west of the nature reserve, near the visitor center, stands Hindhede Nature Park. It is notable for a quarry which is situated at the end of a walking trail. One used to extract granite, it ceased operations in the 1980’s and what is left now is something that looks like a cross section of Guilin and Ha Long Bay, but on a much smaller scale. An artificial lake is now found where the quarry was once located. The water’s actually quite clear and I could spot some turtles swimming about, probably left by owners who did not want to care for them anymore.

Getting There:
The entrance to the nature reserve can be found in Hindhede Road in the western part of Singapore.

Tip:
Guided tours to both Bukit Timah Nature Reserve and Hindhede Nature Park are also available. Inquire at the Visitors Office for schedules.