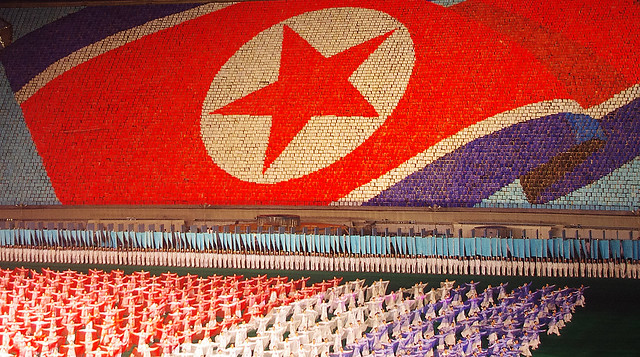 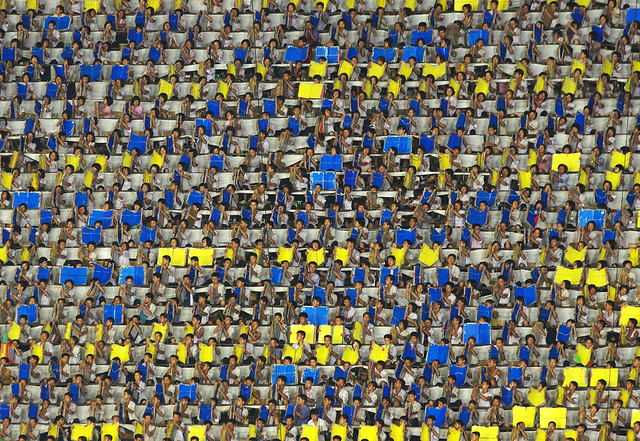 see who are behind those flipcards! 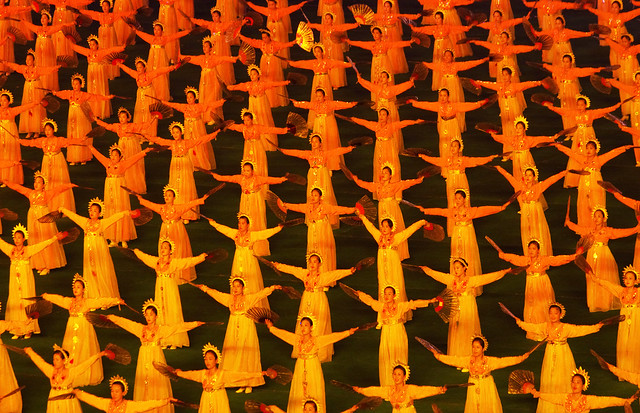 the dancers up close 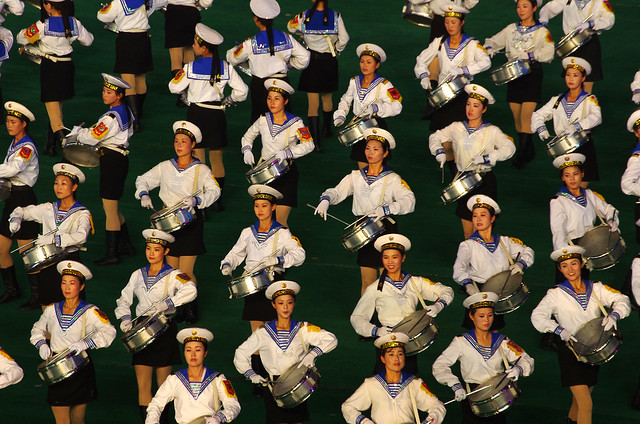 marching to the tune of kim il sung 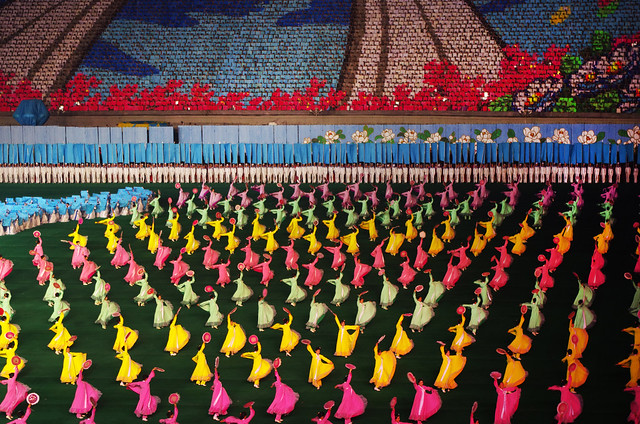 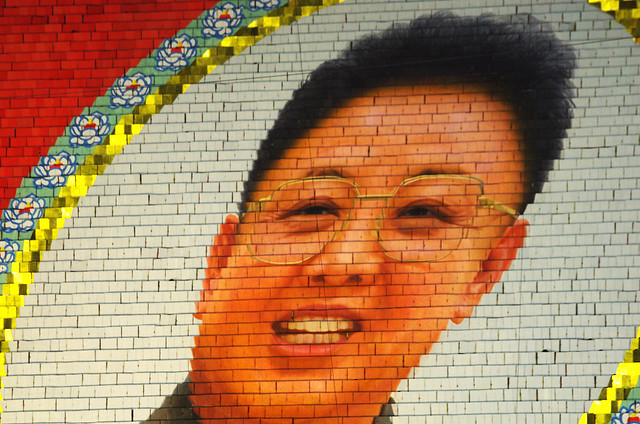 big brother continues to watch… even in death

The mass games is called as such but it doesn’t really involve any sort of competition. The main theme of the 1.5 hour show is to showcase Korean history, values and ideals through songs, dances and marches; with special effects to boot. It is a relatively new phenomenon, having started only less than a decade ago. It usually starts from late July, and runs until September or sometimes until early October. The Arirang Mass Games have become so popular among visitors to North Korea that its presence coincides with the “peak tourist season,” for whatever that’s worth in an isolated country like North Korea. During these few months, Pyongyang’s hotel occupancy rates rise from 10% to around 40% and visitors come in busloads despite the sweltering heat of the Korean summer. 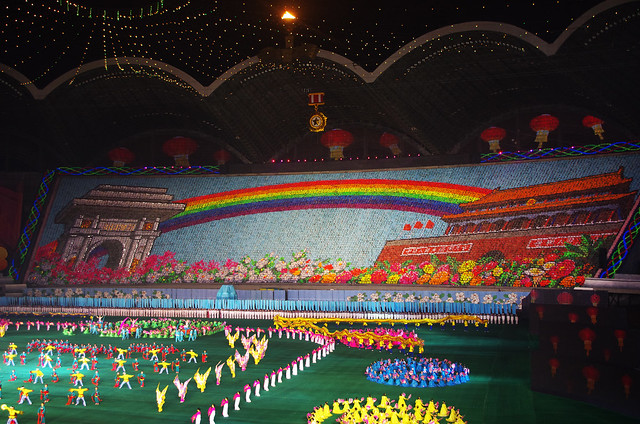 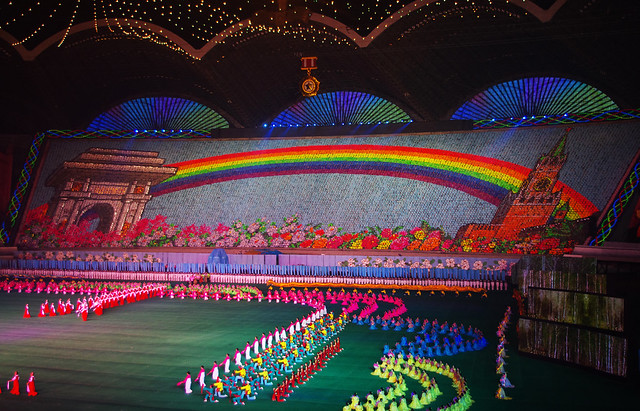 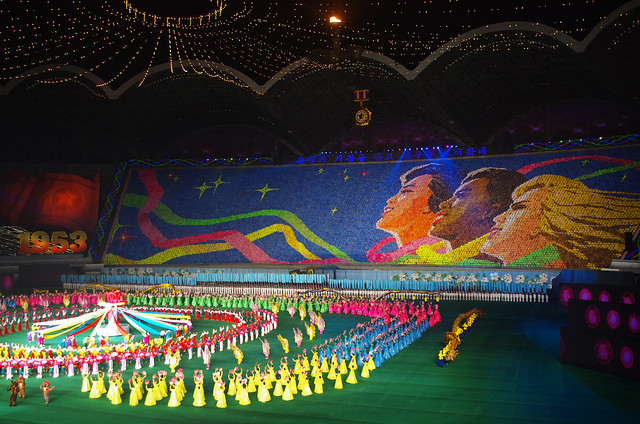 ** SPOILET ALERT** As the name suggests, the show starts with the Korean folk song, “Arirang” and goes on with segments showing various parts of Korean history and culture including the “foreign aggression” bit and taekwondo not just as a sport but also as a philosophy. From here, it gets a little bizarre. Military marches then alternate with dancing pig and chicken mascots while tributes to Kim Il Sung and Kim Jong Il are scattered throughout. Nevertheless, the choreography is impressive to watch, something which can be instilled only by a hardline communist regime. The show eventually ends with another grand parade with dramatic fireworks, but not before tributes to China and Russia are flashed with dancing dragons and dancing bears. 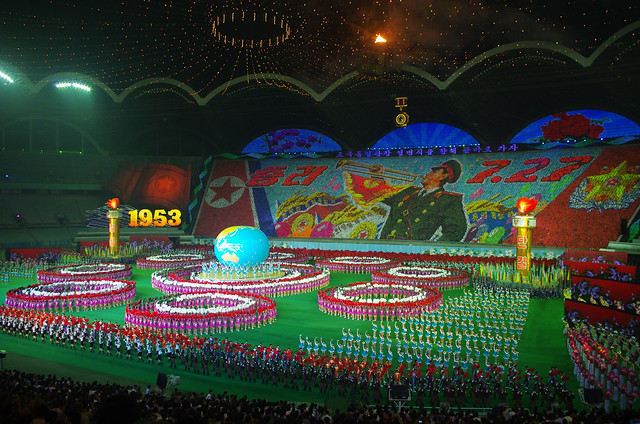 Like shows elsewhere in the world, there is category seating for the Mass Games. Tickets start from EUR 80. Overall heavily recommended. This alone is worth a trip to North Korea.