Town Restaurant at Fullerton Hotel has been offering Sunday brunches for some time now but it has recently upped the ante by offering thematic brunches once a quarter. Last Sunday, I was invited to check out the first of these thematic brunches with a focus on Italian gastronomy. Helmed by Executive Chef Sandro Falbo, Chef Carlo Marengoni and Chef Benedet Paolo; we were treated to various regional Italian specialties, from appetizers down to desserts, while some of Fullerton’s other regular Sunday offerings such as fresh seafood and a wide array of sashimi were also available.

I walked into the Sunday brunch just in time, when the executive chef, Sandro Falbo was serving a selection of hams at the makeshift salumeria or Italian deli to diners. 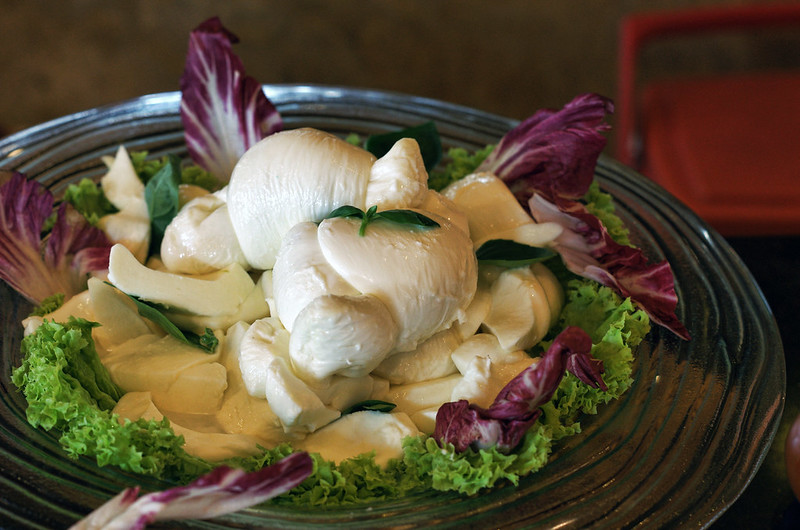 When it comes to buffets, I normally don’t take much from the appetizers / cheese section but when someone from our table brought back balls of Truffle Burrata and had us try some, I was hooked! From the outside, the balls look like mozzarella cheese, but once it split open, the creamy truffle fillings started to ooze out. Very fragrant and highly addictive! Even towards the end of the meal, I couldn’t help myself from grabbing some more. 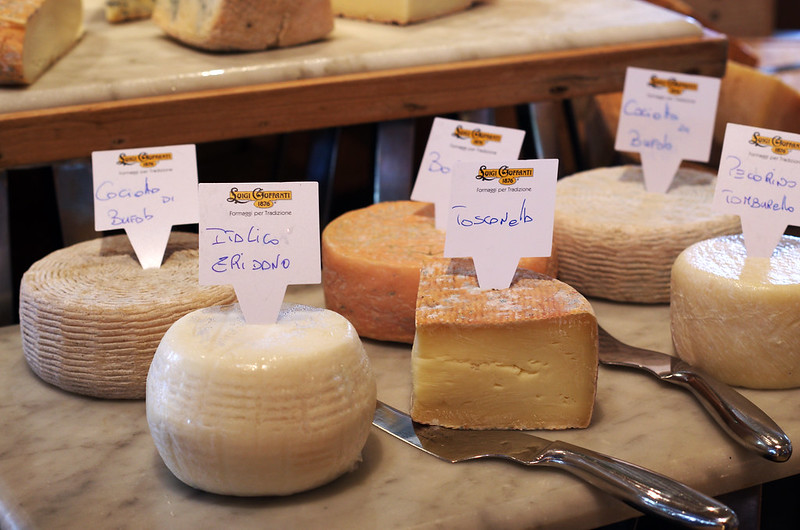 They also had an extremely wide selection of cheese – there were easily 60 types  to choose from! If you’re a cheese lover, this is something you definitely shouldn’t miss! 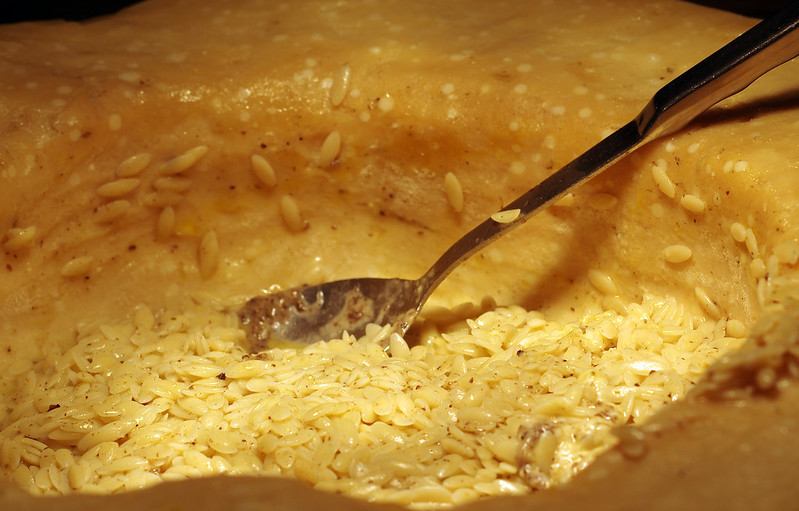 Speaking of truffles, I also checked out the Truffle Risoni which is set in a parmesan wheel. If you have read some of my buffet reviews before, you would know that I typically avoid carbohydrates during buffets but I just had to make an exception for the fine grain-like pasta. 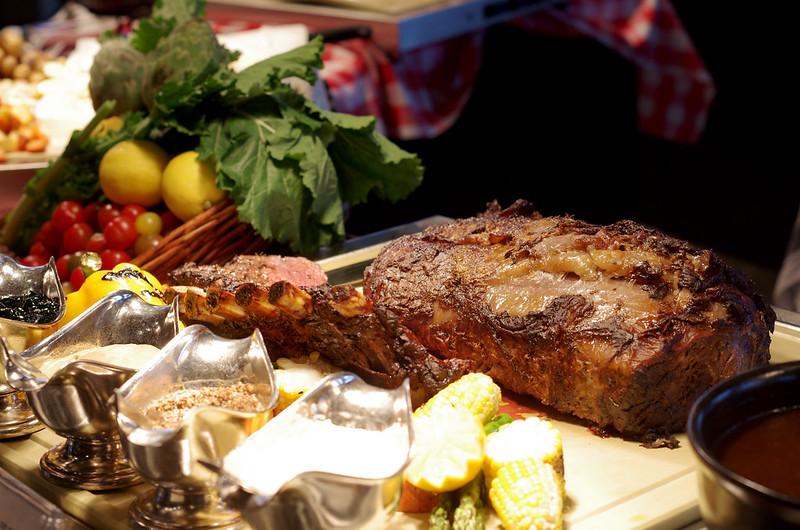 Moving on to meatier things (no pun intended), the spread featured several items for the carnivore, including some pretty exotic dishes that I don’t typically see in these types of brunches. The usual suspects, such as prime rib and roasted lamb leg were there. 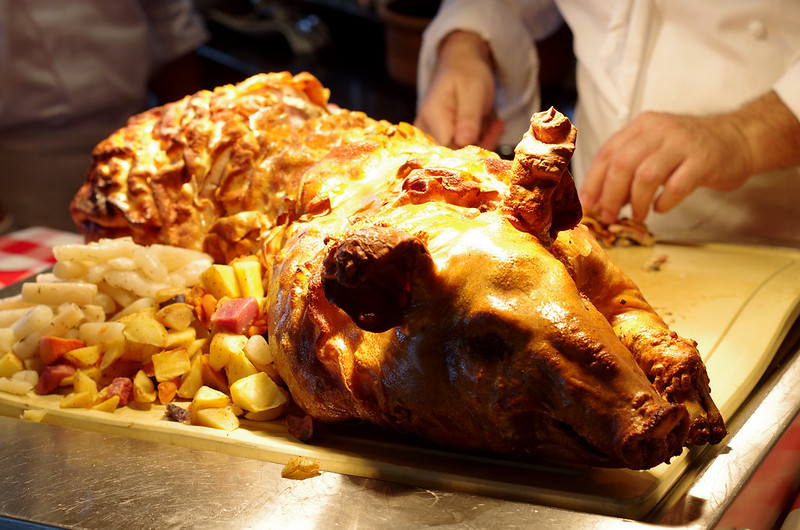 A novelty in Singapore buffets is the Suckling Pig which I honestly did not expect to find. I liked it for its crispy skin. It reminded me very much of lechon which is also a big thing in Spanish cuisine. 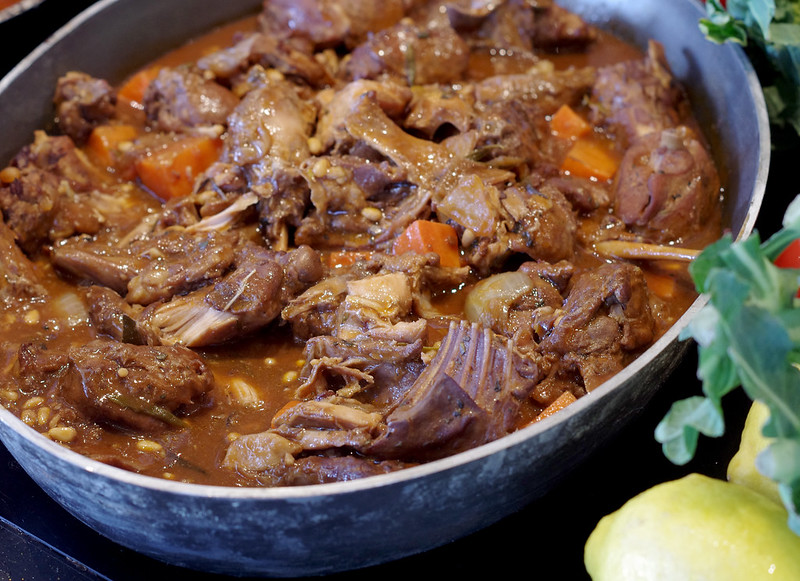 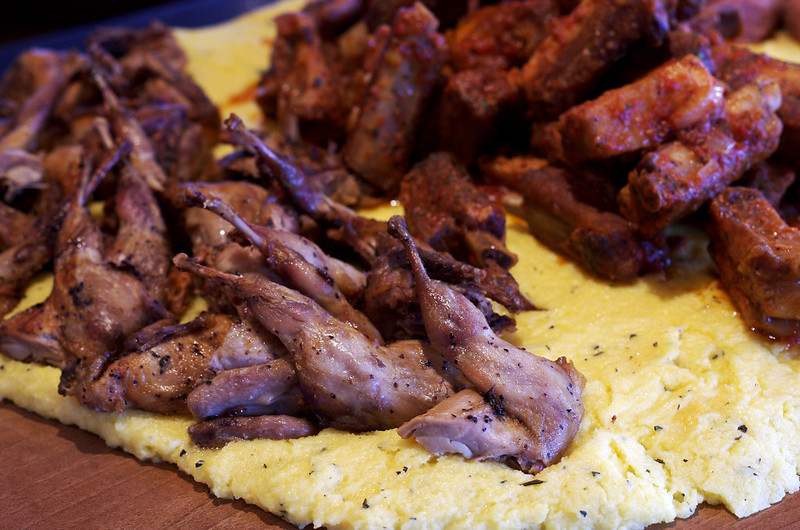 Spotted some stewed rabbits as well which tasted pretty good. In general, rabbits by themselves don’t taste much except for that distinct gamey aroma. But the sauce gave it a character of its own. 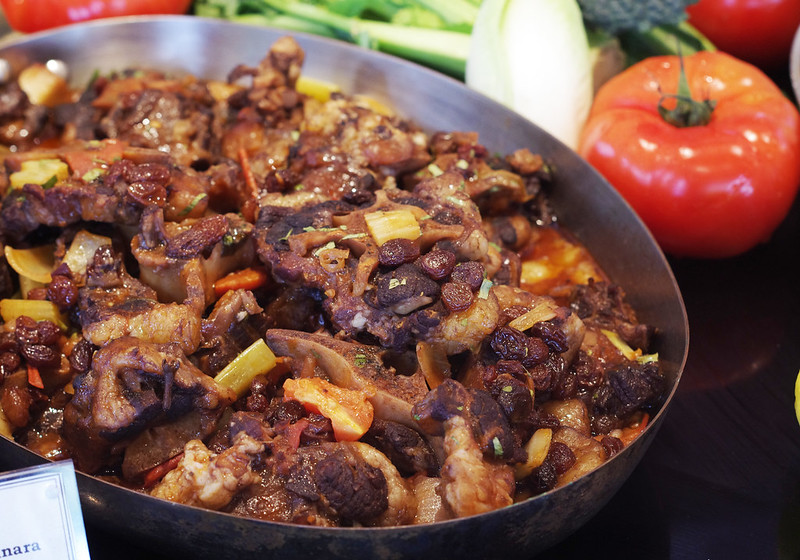 Another traditional dish I spotted was Oxtail Stew which was placed just beside the rabbit. It’s a traditional Roman dish that stayed thru to its original form. 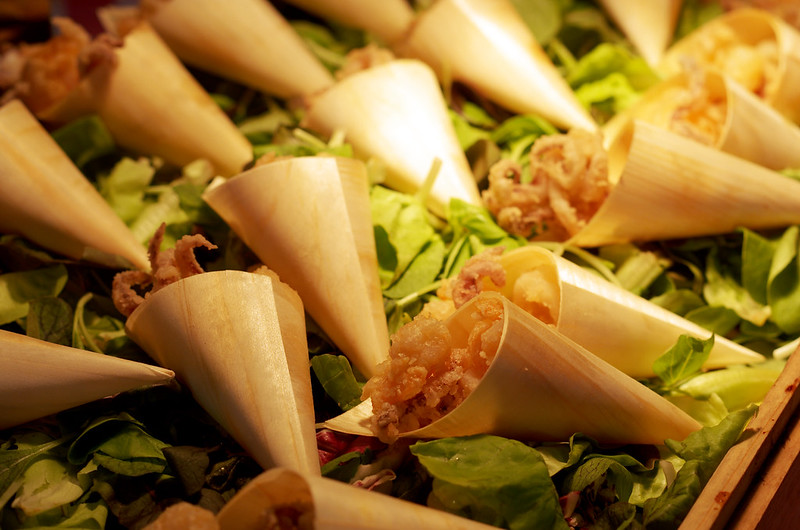 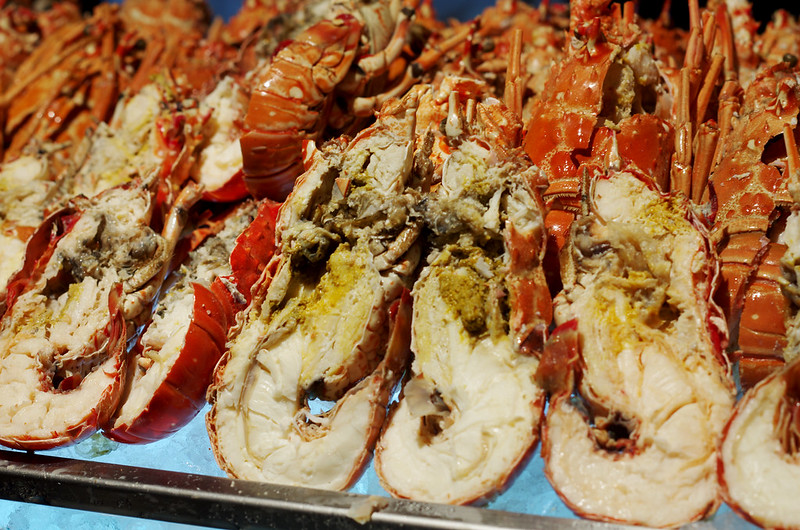 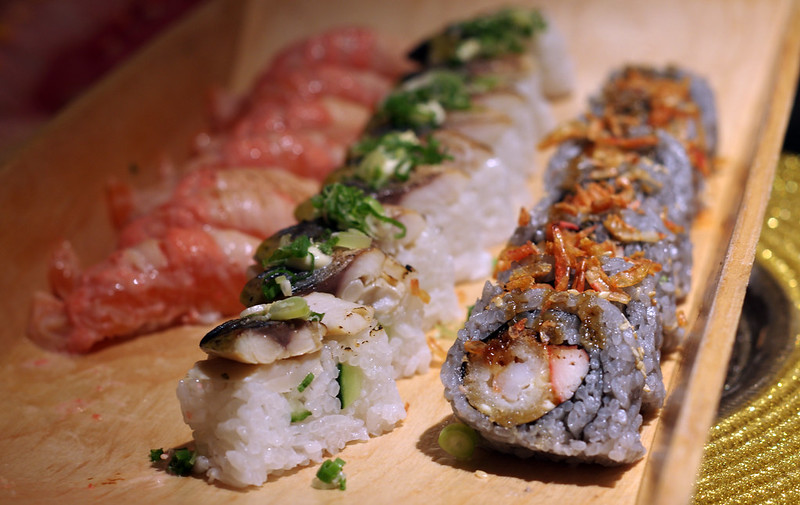 I also noted that there was plenty of seafood available. That included a gourmet selection of Boston Lobsters, Prawns, Crayfish, Scallops and Freshly Shucked Oysters! I particularly liked the latter which was extremely fresh.

Aside from that, Town Restaurant’s Japanese section still managed to retain an appearance for the Italian brunch, with several kinds of sashimi including my favorite swordfish as well as a variety of sushi rolls. 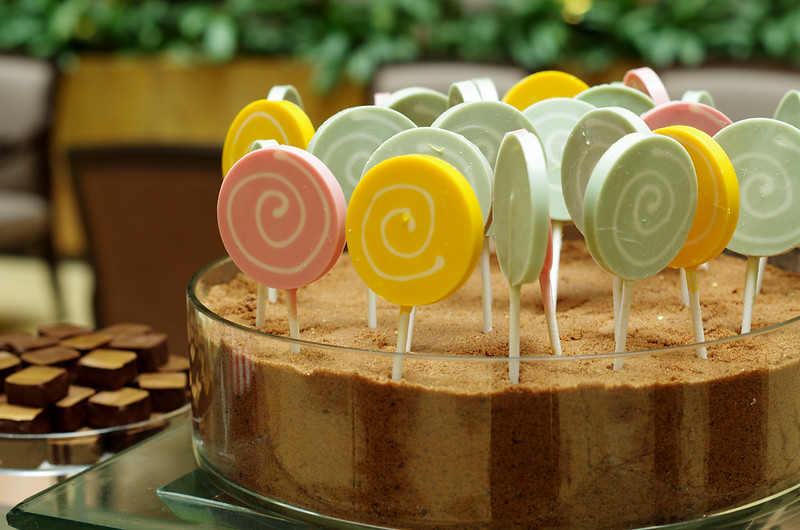 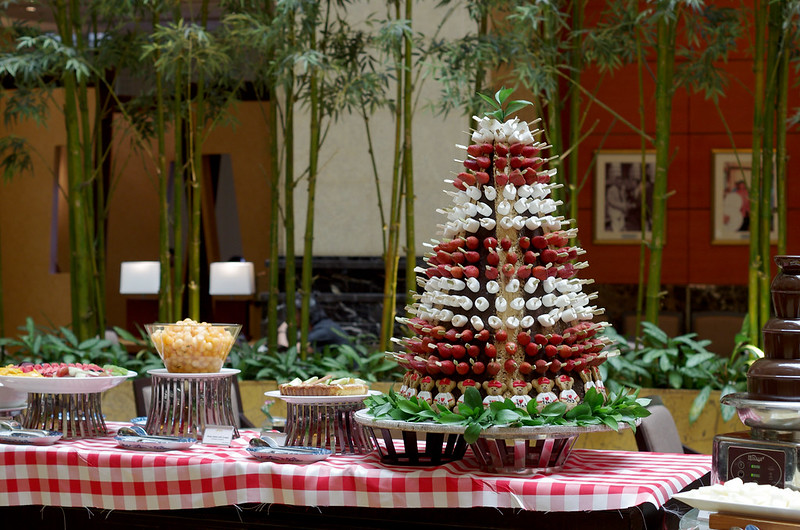 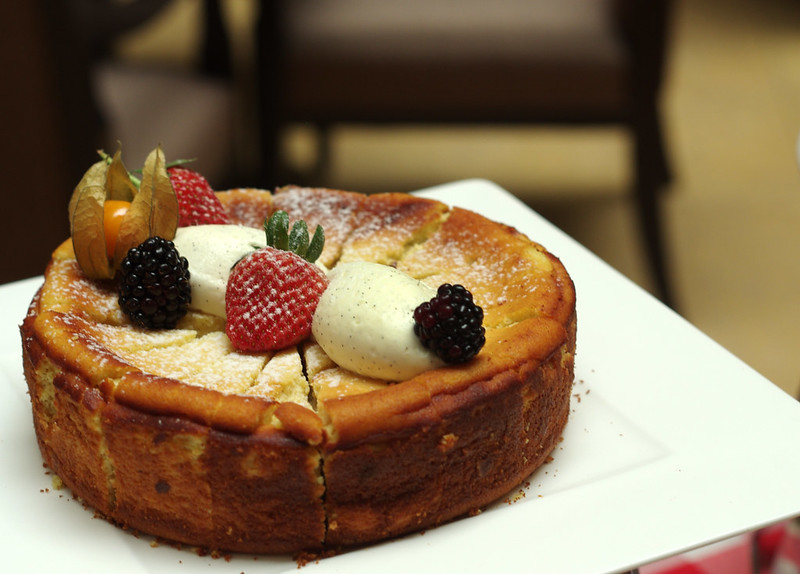 Nothing else showed just how Town Restaurant went all out with the Sunday brunch than with the decadent dessert spread that was actually too much that it had to be transferred to the iconic Fullerton lobby!

Again, the dessert spread was a showcase of Italian specialties so naturally it featured items such as Tiramisu, Italian Almond Cheesecake and Cannoli. But apart from that, there were also some reinvented dishes like Chocolate Salami and a most interesting Chocolate and Orange Baked Risotto.