A fine Chinese restaurant is one of the hallmarks of Shangri-la Hotels around the world, aside from the impeccable rooms and trademark hospitality. It is no surprise then that in its properties around Asia, these restaurants really bring in the crowds. For the case of  EDSA Shangri-la, the Summer Palace has emerged as one of the default options that locals turn to when they seek for a high-end Chinese restaurant in Manila, with its creatively designed oriental dishes and constantly evolving food menu that few others in the city are able to emulate. 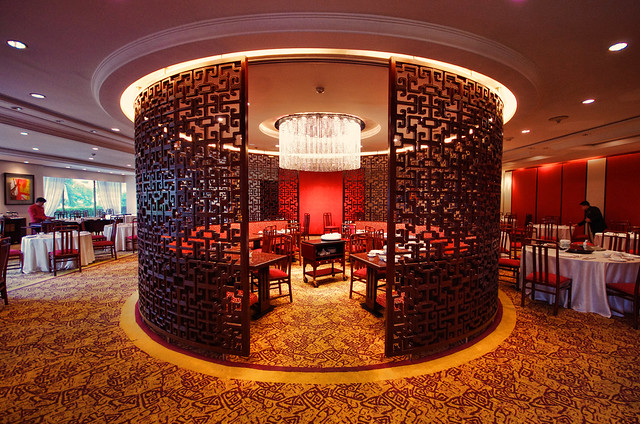 the fancy interiors of summer palace

This particular restaurant is no stranger to the local culinary scene. Frequently cited as one of the best in serving Chinese cuisine in the city, Summer Palace has served lauriat after lauriat, with business lunches and dimsum brunches in between. I had the pleasure of sampling their signature creations during my stay there. And what a dinner it was! On to the food. 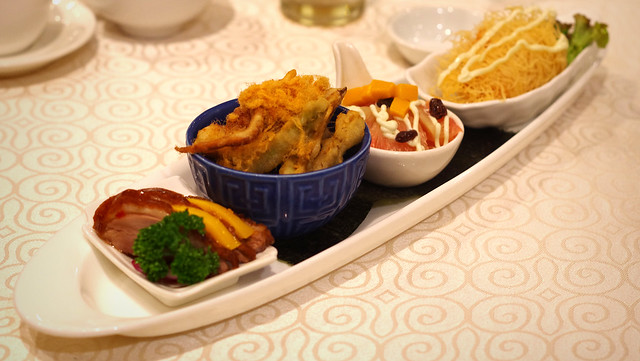 First came an aesthetically pleasing appetizer sampler made up of 4 tapas style dishes. These comprised of roasted duck with mango, soft shell crab with pork floss, lobster roll and pomelo in wasabi sauce.

The roasted duck was particularly tender and chewy, without being overly salty unlike how other outfits tend to do it. It also brought back memories of wedding banquets of yesteryears when this roasted duck frequently featured as an appetizer. The soft shell crab with pork floss was another winner. I’m normally not a fan of pork floss, but there was something about this unlikely combo that made me want to grab another bite. The soft shell crab was a bit more tender than what I’ve normally tried, which is a good thing as I never have been able to get used to eating food with the shells still on them (think: cereal prawns). It was a refreshing feeling not getting choked this time around by crustaceans. 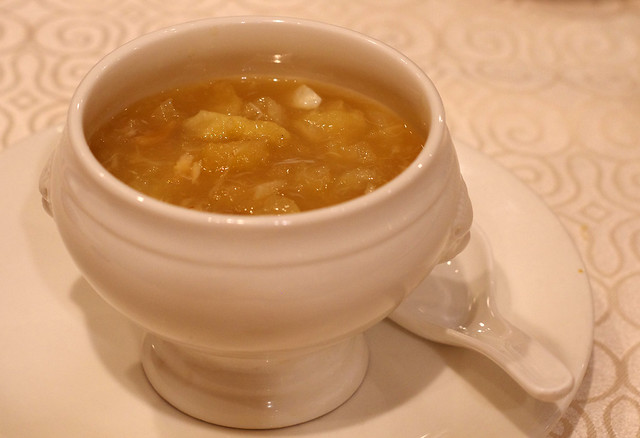 Next came the four treasure soup, a personal highlight. The broth was extremely rich, having been boiled for hours prior to serving. It contained generous portions of fish maw and scallops that gave the soup a bit of a creamy texture and a pleasantly diverse flavor. I would have to say, this was done spectacularly well and can rival similar creations done in the kitchens of Hong Kong and Singapore. Now, if only I could have another bowl… 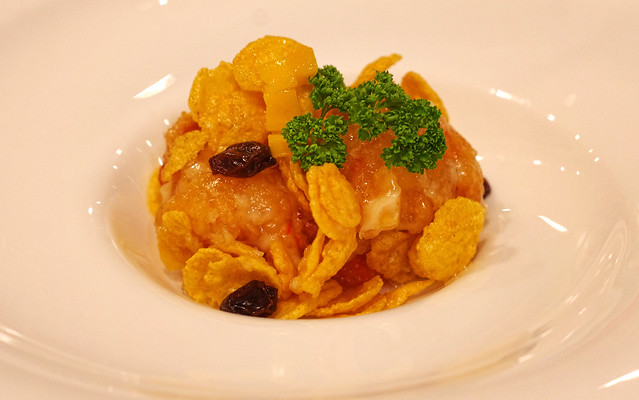 Midway into the meal came the fried king prawn balls coated with cornflakes. The description reminded me of a Singaporean dish – the cereal prawn – although the presentation couldn’t be any more different. Here, the cereal flakes were served whole so I knew I was getting the real deal. The prawn balls were actually whole prawns twirled around into the shape of a ball, instead of the processed kind. The sauce tasted a bit like salted egg yolk, with a hint of fruit. It was a sumptuous transition coming from the memorable soup. 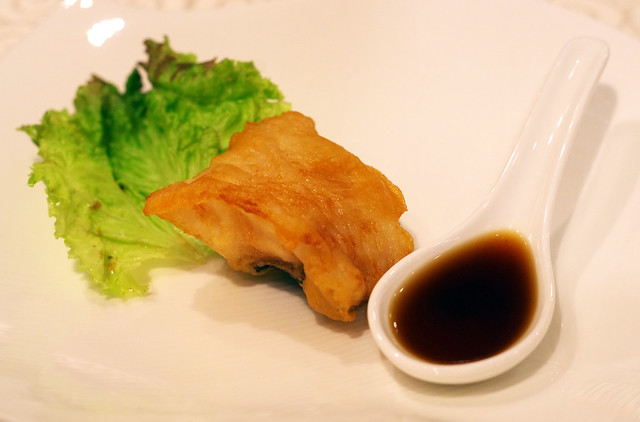 What’s a Chinese set meal without fish? Here I was served pan-fried codfish with the soy sauce contained separately in a porcelain soup spoon. I found the codfish sufficient even without adding a dab of sauce. There wasn’t much seasoning added on the fish either but despite that, it was soft and fragrant, as can be reliably said of codfish which normally ends up delicious no matter how it’s cooked. 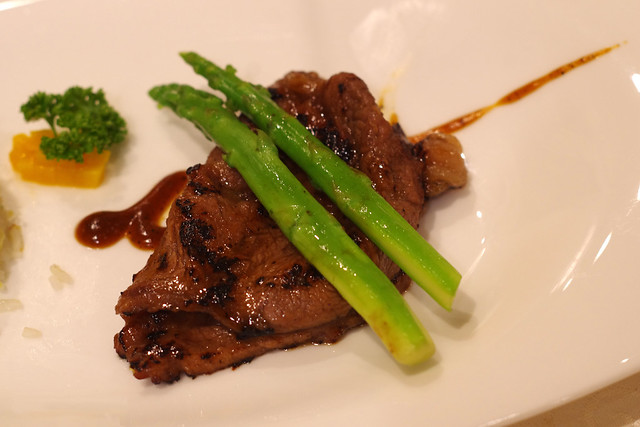 I was stuffed by this time, yet came the classic beef steak with black pepper sauce. This oriental version of the steak was juicy and was a tad spicy due to the pepper. 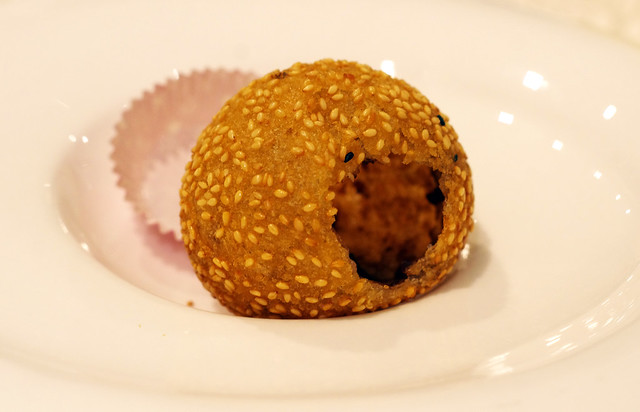 For dessert, I had the all-time favorite buchi (believe me, this is a common Chinese dessert only in the Philippines) which was served differently. Instead of filling the entire ball with red bean paste, mine was larger than usual and almost totally hollow on the inside except for small traces of red bean. It was made extra crunchy, thanks to the sesame seeds and hollow interior. Overall, it was a fitting ending to the meal.

I was served by the warm and enthusiastic Nancy Farm, the F&B manager for Chinese cuisine in EDSA Shangri-la, who I totally entrusted for my food that night. What a great decision that turned out to be. Much more than your usual restaurant manager, she’s like a Chinese food consultant with her uncanny way of pairing diners with the appropriate dishes. If you ever find yourself in Summer Palace, look for her!

I was invited for a Chinese set dinner at Summer Palace. However, all opinions are my own.