Origin Grill and Bar first opened towards the end of 2017 at the ground floor of Shangri-la Hotel Singapore, replacing the former Japanese restaurant, Nadaman. In those few short years, it has risen above the ranks of Singapore’s best steakhouses with a menu that has undergone a few changes over the years but with a keen focus on different cuts of beef from various regions.

Origin is not only about the steaks as well. It’s equally known for its wide array of cocktails and wines. Some of the non-beef dishes are also pretty stellar. 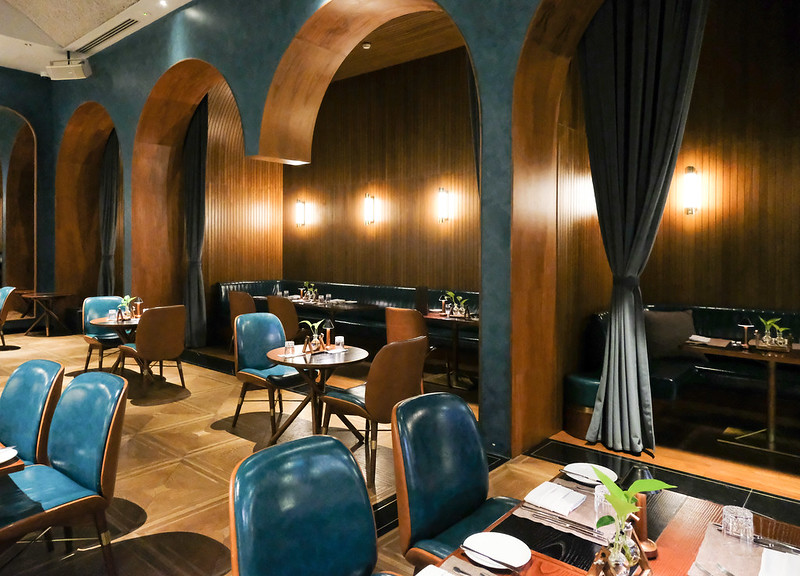 I returned to Origin on the eve of more restrictions in Singapore’s dining scene. Both the main dining hall and bar area were busy with parties of 5 going for their last meetups in a while. 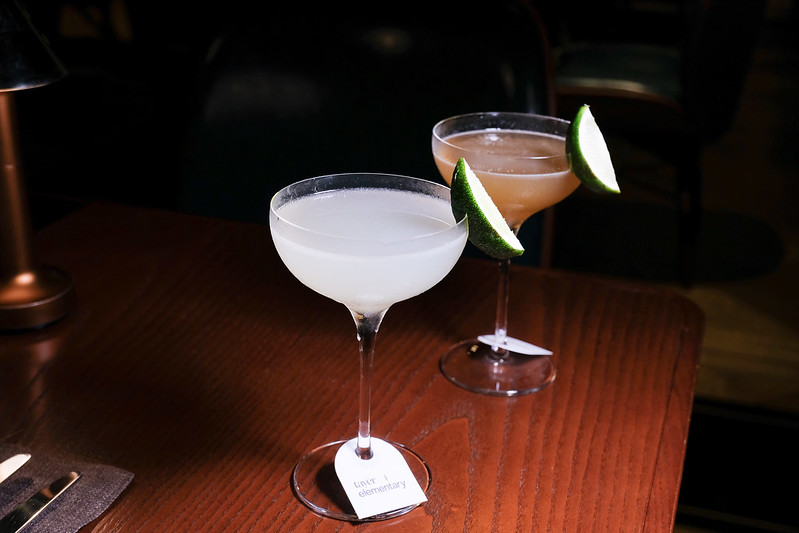 We had some glasses of daiquiri to start the meal. During the time of my visit, Origin was collaborating with some of the world’s best bars such as Tayer + Elementary, Kwant, Benfiddich, and High Five. Tayer + Elementary’s concoction featured a combination of Havana Club 3-Year-Old, Fresh Lime Juice, and Sugar Syrup, while High Five’s concoction was a mixture of Bacardi, Cor Cor Rum, Fresh Lime Juice, and Brown Sugar Syrup. 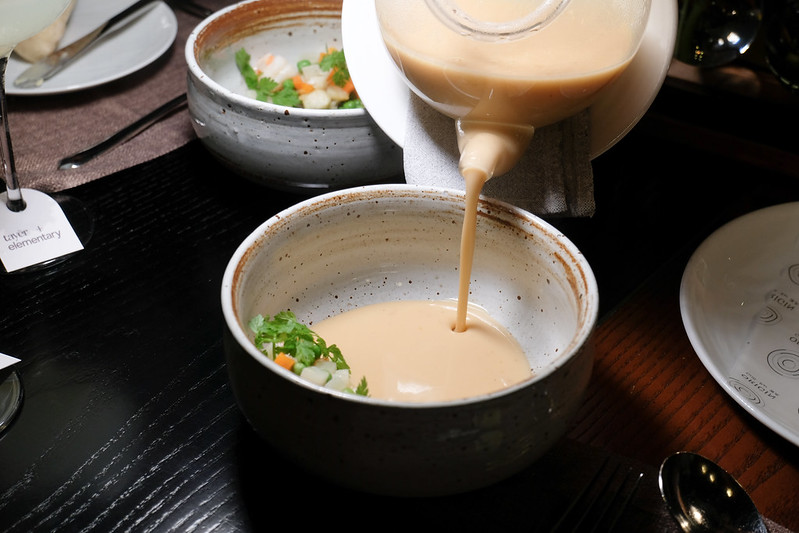 For dinner, we started off with the Smoked Canadian Cod Chowder (S$16). The thyme-smoked fish is finely blended with arrowroot to achieve a rich and creamy mouthfeel. There is a bit of a lobster bisque feel to this gluten-free option as well with poached crustaceans and vegetables added into the mix. 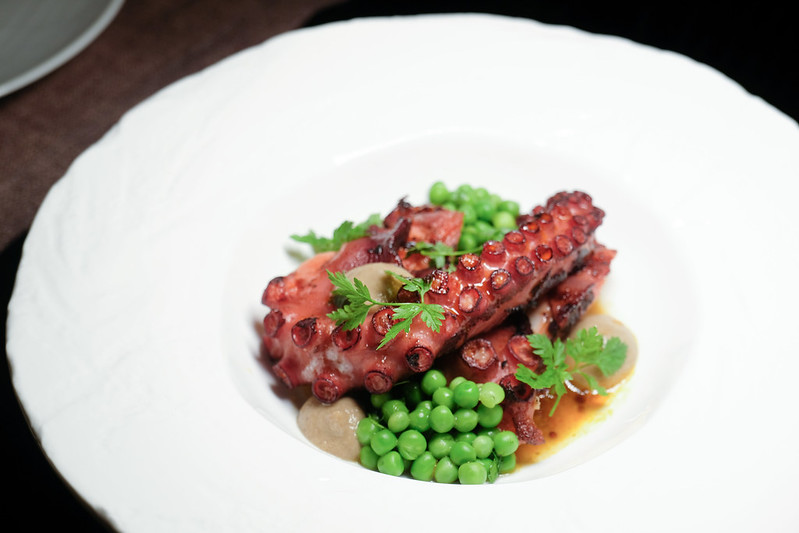 The Origin Octopus (S$24) is one of the restaurant’s most popular non-beef dishes and it has been around since Origin was launched. Served with Moroccan-spiced tomato jam, smoky eggplant purée and fava bean salad, this dish features octopus caught (sustainably) from the pristine waters off the Abrolhos Islands along the southern coast of Western Australia. The tentacles that came on my plate were rather thick and one common disappointment when it comes to large tentacles is that they tend to be rather tough and rubbery. Thankfully, that wasn’t the case here. The octopus was tender and nicely grilled without being burnt. 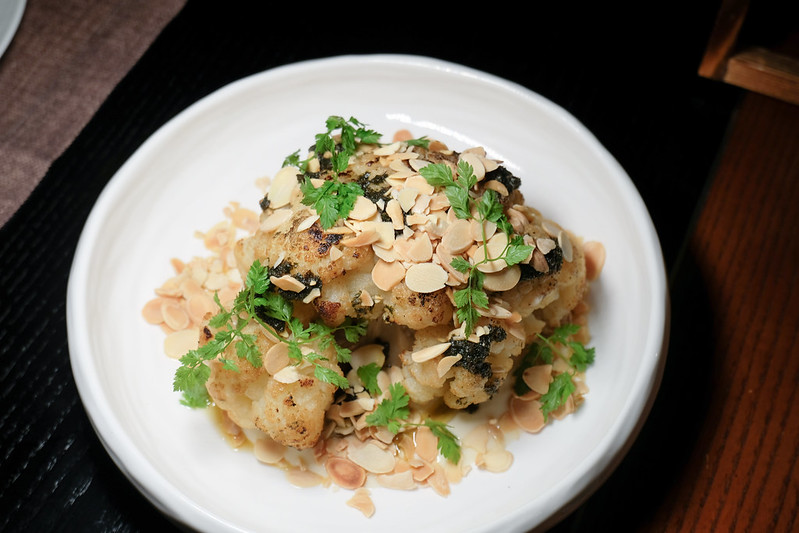 Among vegetarian items, the Roasted Cauliflower and Almond Crème (S$12) is a popular choice. We were served an entire head of a cauliflower and I loved how crunchy it was – especially the charred bits which came extra flavorful. 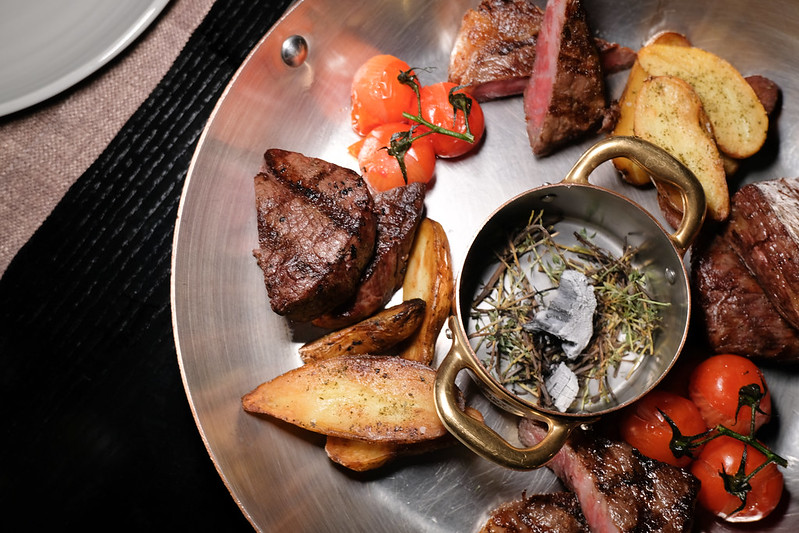 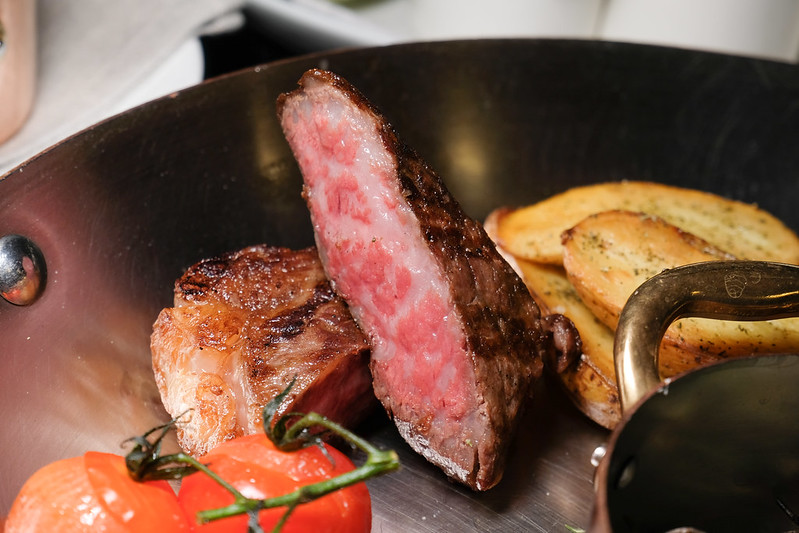 The highlight at Origin Bar and Grill is undoubtedly the steak. The serve a variety of cuts here from various regions. If you cannot make up your mind, I can suggest the Origin Beef Platter (S$238) which contains two cuts each from the Origin Angus and Chef’s Cuts selections. I particularly enjoyed the Olive Craft Wagyu from Hata Farm in Kagawa, Japan. The cut had just the right proportion of meat and fat and provided for a buttery sensation once it entered my mouth. 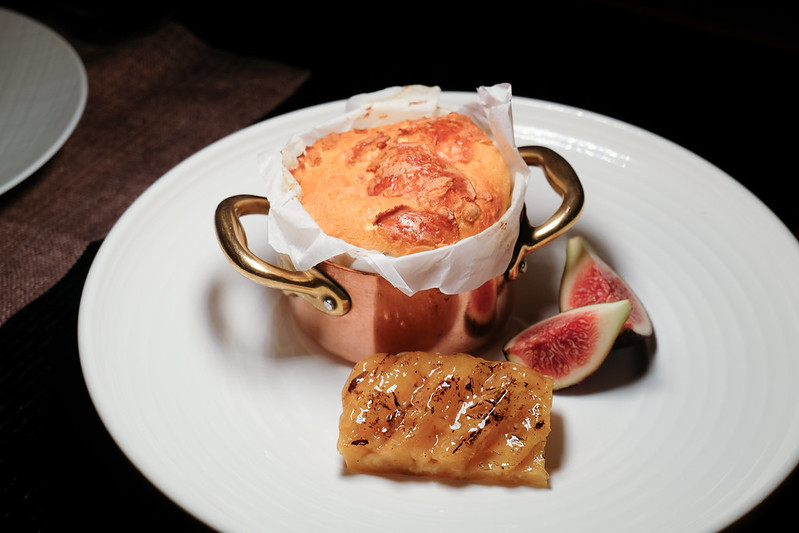 We ended the meal with a very pleasant surprise. Origin’s new Cheddar Castella Cake (S$18) is probably one of the best desserts I have tasted from a restaurant this year. The cake itself is like a souffle with a moist and cotton-like interior but with a crusty exterior. Poke a hole on top of the cake and pour in the liquified cheese for a truly decadent treat. Even for a person such as myself who isn’t really a cheese person, I thought the combination between the cake and liquified cheese was ingenious. 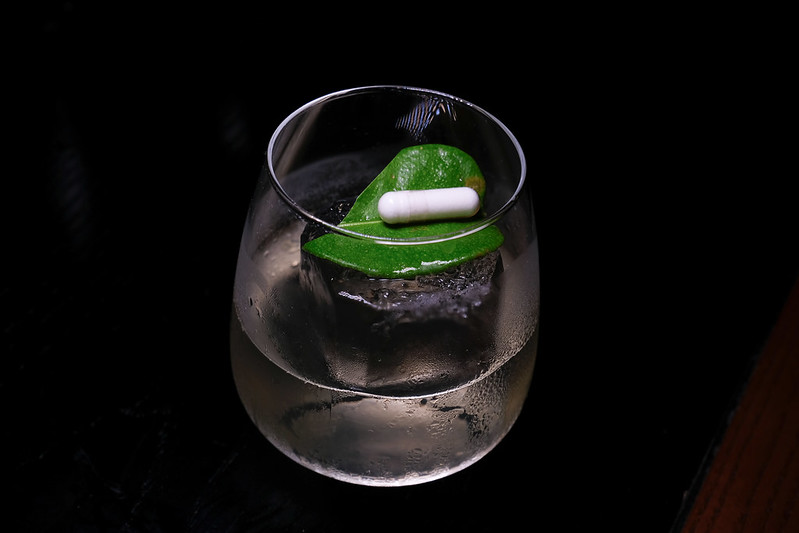 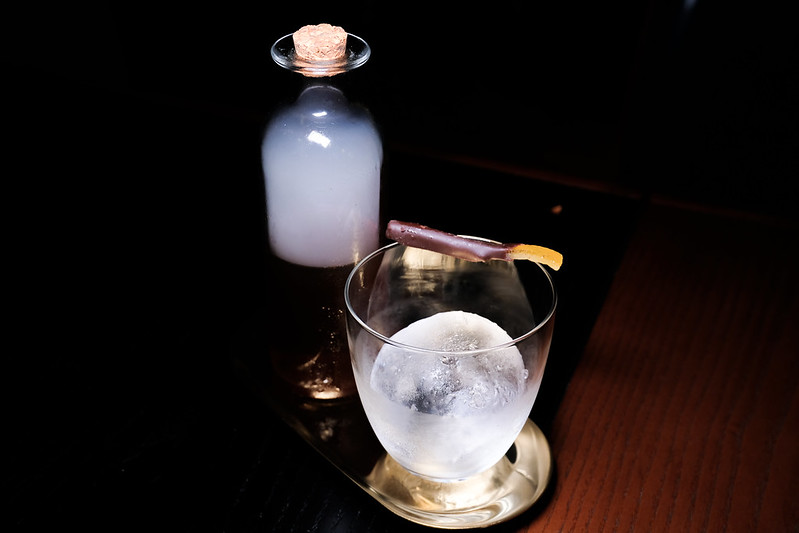 We has some post-dinner drinks as well. Kill the Pain and Tropez are cocktails inspired by neighborhood of Balestier. The neighborhood was once a sugarcane plantation and as such, these cocktails are made with the sugarcane-based liquor – rum. Balestier is also named after Joseph Balestier, Singapore’s first American consul in the 19th Century and the owner of that sugarcane plantation that once stood in the area.

You can check out Origin Grill’s food menu here