One of Singapore’s most established and go-to place for hotel buffets, The Line at Shangri-la Singapore has recently upped the ante by revamping their Sunday champagne brunch offering. I’m amazed at how this place manages to keep itself so popular over the years despite the many competitors that have tried to outpace it in terms of variety, opulence and theme. While The Line can no longer boast of having the most extensive hotel buffet in Singapore, it stays within the minds of diners by offering exciting themes from time to time while maintaining freshness and high quality in the food. I last visited some 2 months back when the restaurant featured creative interpretations of Singapore dishes in the buffet and that was a hit among local diners. Most recently, I was invited to The Line to check out the new food offerings brought in by the recently-appointed chef de cuisine, Vincent Wong. 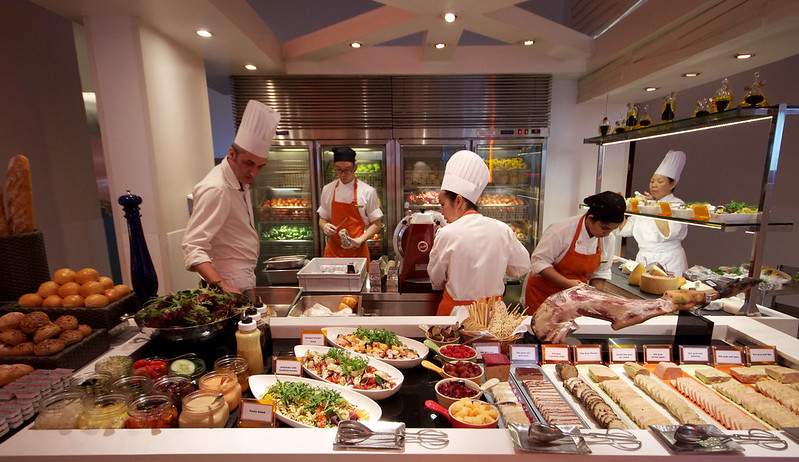 Regulars at The Line will be pleased to note that old favorites such as the satay counter, wide variety of sushi as well as fresh seafood are still there. But there are many new highlights. Here is a review of what to expect at The Line’s Sunday Champagne Brunch: 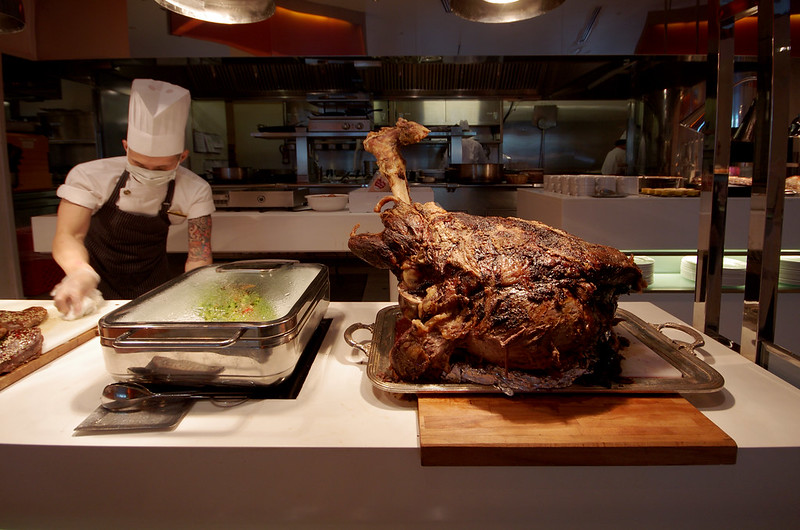 As a self-confessed carnivore, the most relevant for me would be the carving station which has become a true meat lover’s delight. With this station alone, it’s become almost impossible to try everything as the meat on display read like a walkthrough to a steak house’s menu.  On offer were a tomahawk steak and two types of striploins, among others. At the centerpiece was the 48-hour slow roasted wagyu beef leg which was simply humongous that we had to ask Chef Vincent Wong to pose alongside it. A slice from this gigantic piece of meat was already enough to fill my plate! 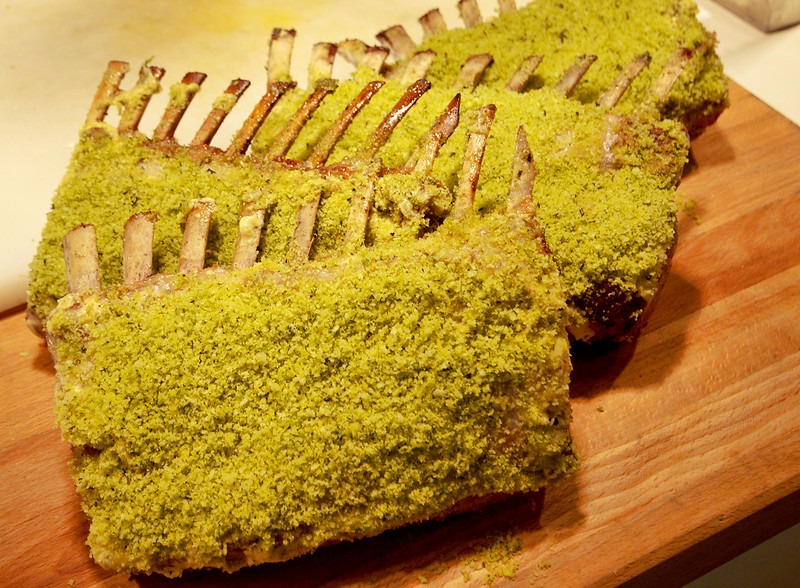 A personal favorite of mine was the herb-crusted lamb rack which was very juicy and had that pleasant and distinct lamb flavor that I just loved. I couldn’t resist grabbing a second helping of it later on. 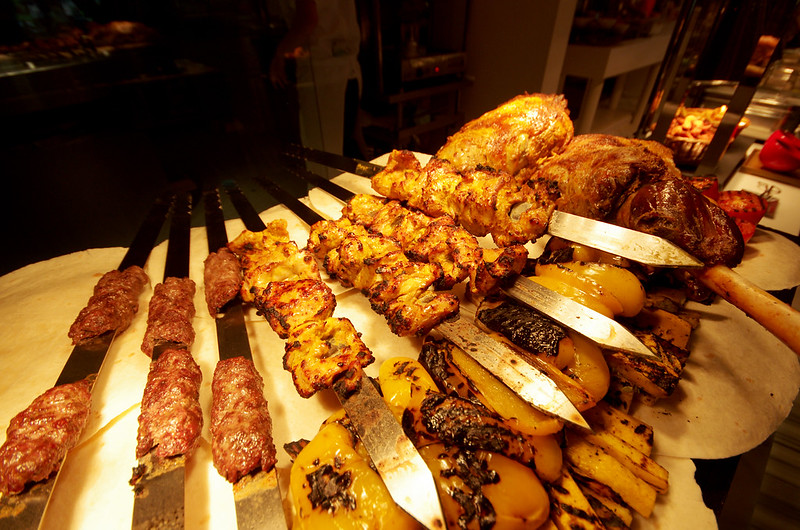 As a continuation to the carving station, I also noted a more extensive offering of kebabs during the Sunday brunch. The same meats – lamb, chicken and beef – were available here for a fix of Middle Eastern cuisine. 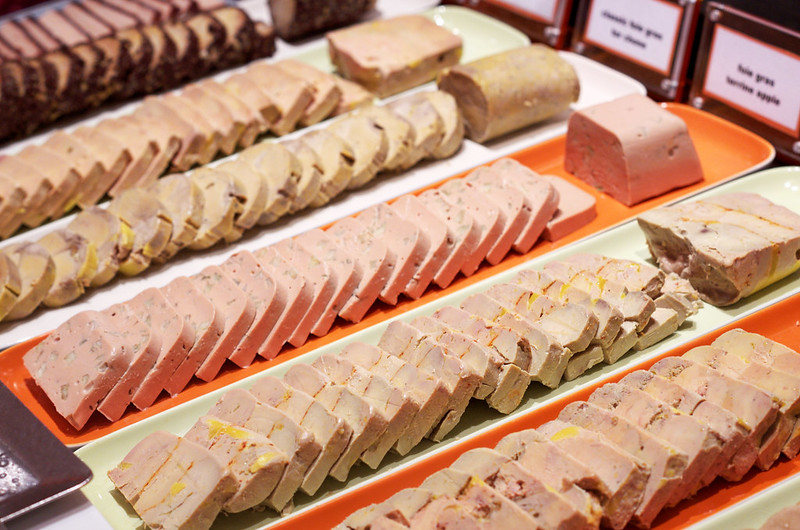 I thought I had seen everything when it came to hotel buffets so imagine my amazement when I saw the foie gras station with 10 different types of foie gras on display! Creatively made, these were combined with ingredients such as beech wood, figs, yuzu, Tahitian vanilla and even chocolate chips. I personally liked the foie gras mixed with apple which went nicely with crackers and bread. 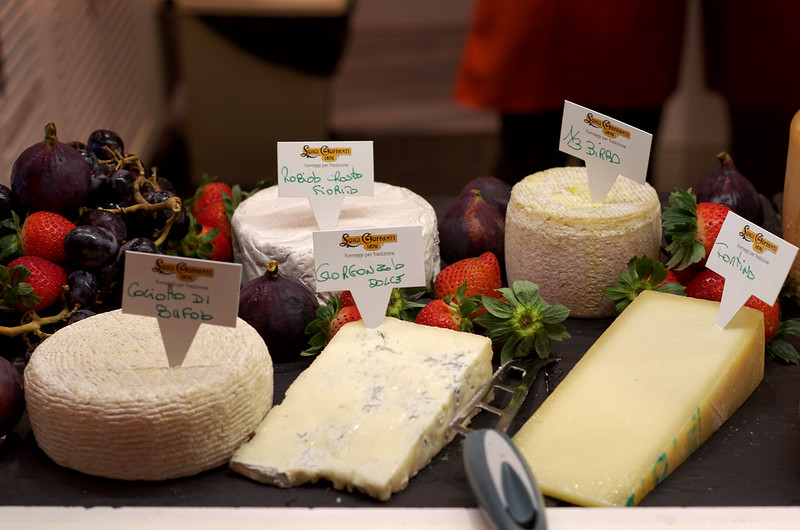 Cheese-lovers will also have a feast here. While I’m not so much of a cheese person, I found the 30 types of hand-selected artisanal aged cheeses on display to be decadent. 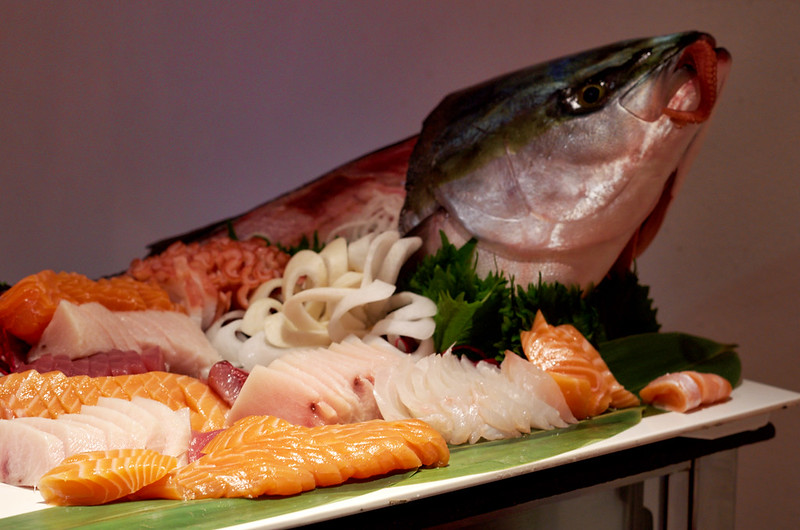 While I did have my fill at the carving station, I made sure to leave space for my favorite section where buffets are concerned. For the Sunday brunch, The Line has also upped the ante on the seafood and Japanese selection. I counted no less than 5 types of sashimi on display – salmon, tuna, yellowtail, swordfish and octopus. 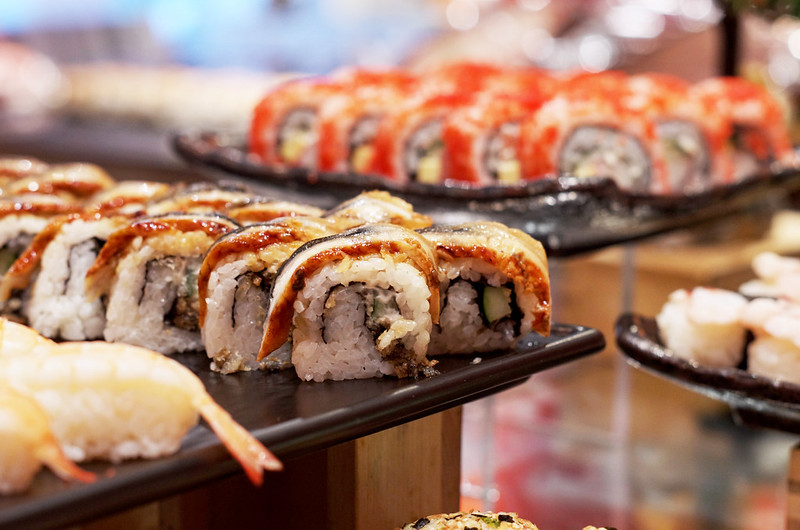 This is on top of a wide selection of rolls. While I generally avoid rice, I made an exception for The Line’s sushi rolls which I enjoyed as much as during my last visit. 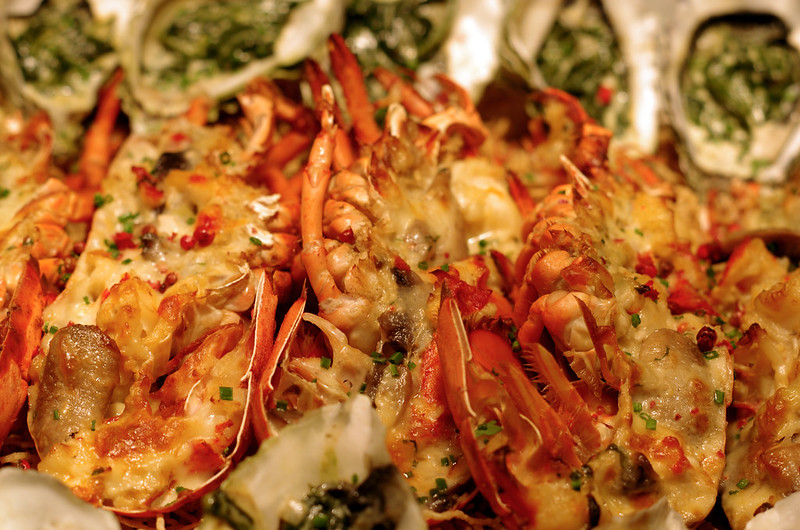 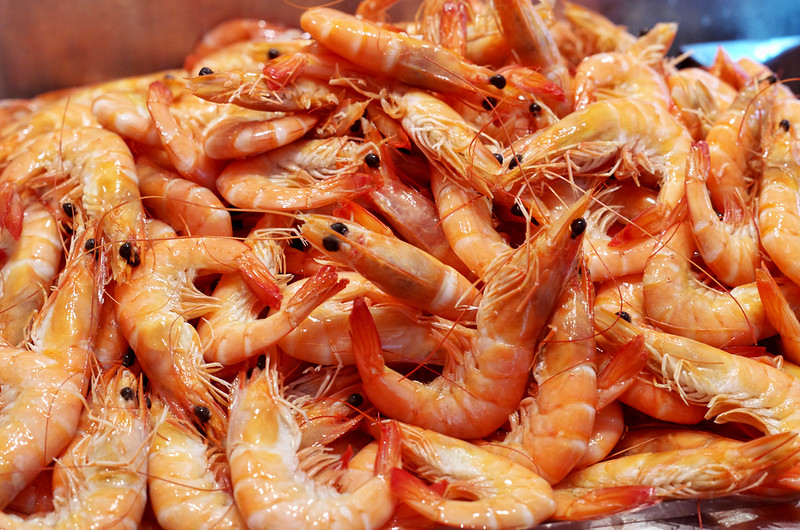 There were no less than 13 varieties of fresh seafood on ice including at least 3 different kinds of oysters, Alaskan Red King Crab, Alaskan Bairdi Snow Crab and Sri Lankan Crab. In the cooked seafood section placed near the carving area I managed to spot some Oyster Rockerfeller and Lobster Thermidor. 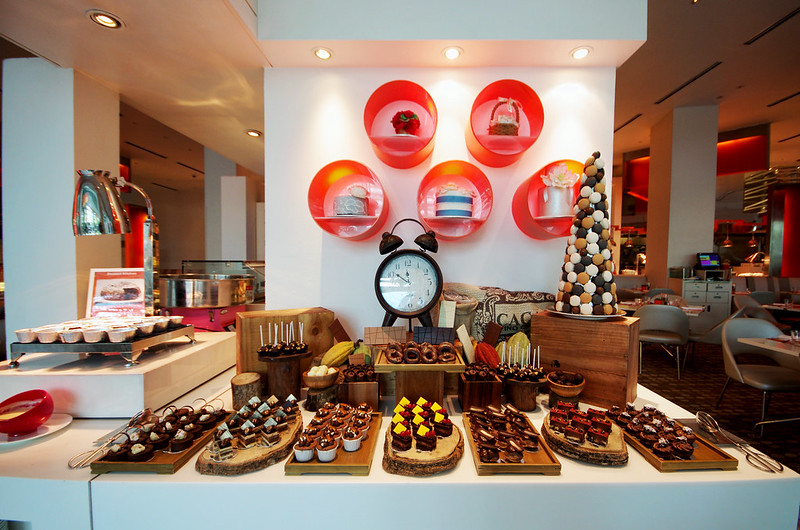 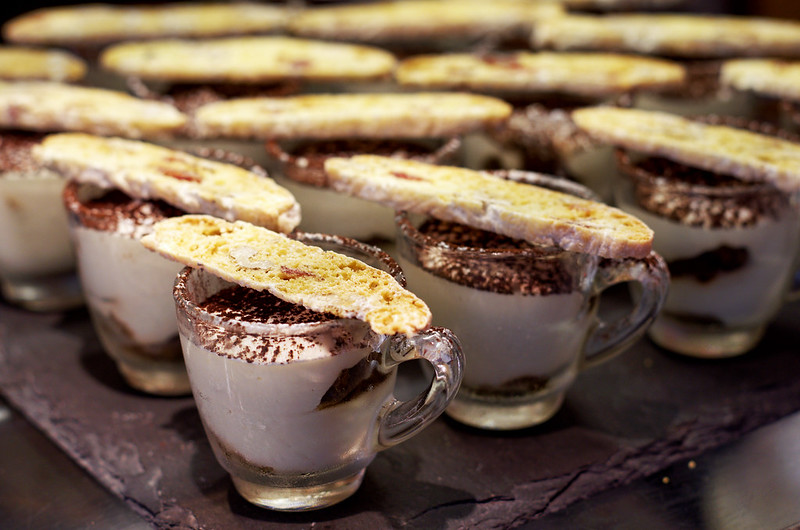 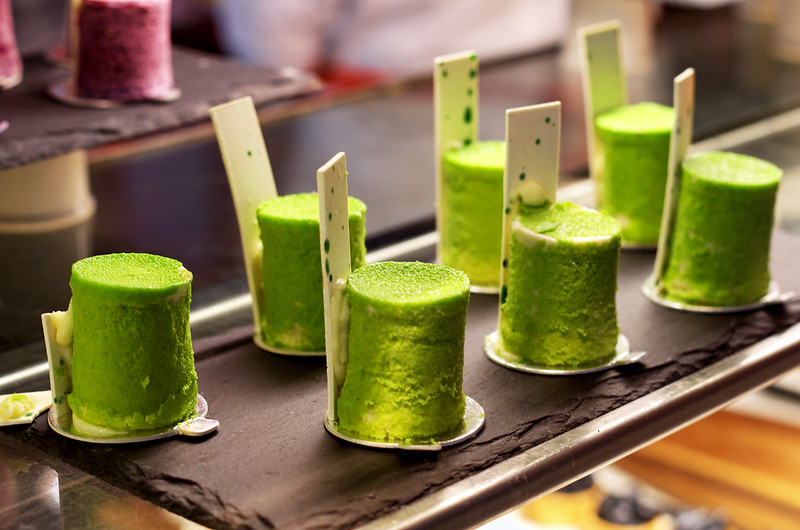 As always, a buffet at The Line won’t be complete without its unabashed presentation of sweets. For the Sunday brunch, it seemed to me that they really went all out. While I no longer spotted the colorful macarons from my last visit, this was more than made up for by the inclusion of my favorite raspberry and strawberry tarts, a section dedicated entirely to chocolate and a frozen yogurt machine which allows diners to create their own yogurt with more than 20 condiments to choose from, including gummy bears, raisins, nuts and chocolate chips.