Fresh from the heels of the successful Battle of the Crab buffet at Parkroyal on Kitchener Road’s Spice Brasserie, the all-day dining restaurant has upped the ante by offering a combined crab and lobsters buffet concept in what it has dubbed as the “Union of Crabs and Lobsters Buffet.” Although only set to begin on the 7th of July, I managed to attend a preview of the lobster offerings of the new buffet and I must say there are many varieties of this crustacean on offer. 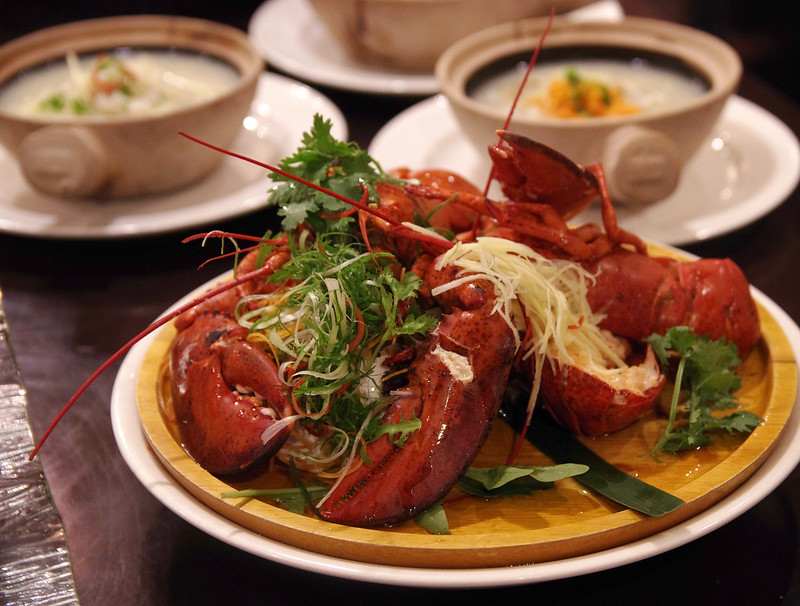 For those who wish to have their lobsters whole, my personal pick is the Steamed “Live” Boston Lobster in Chinese Wine. Sweet and brimming with flavour, the aroma was further enhanced by copious amounts of spring onions. 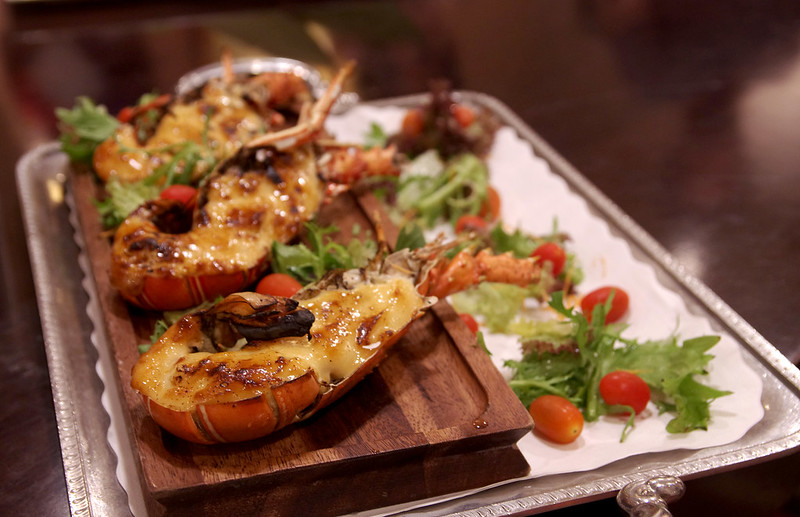 For something a little bit more sinful, the Flame-grilled Lobster Mentaiko is easily one of the most eye-catching lobster dishes that evening. It was oozing with a thick cheesy topping and as if that wasn’t enough, it came also covered with Mentaiko sauce. Compared to the previous dish, the Lobster Mentaiko had a more complex taste – creamy but also smoky. 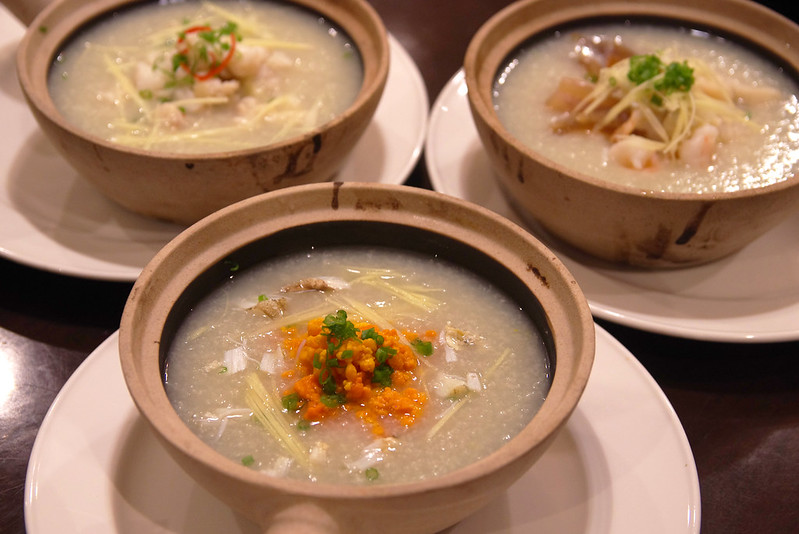 Other dishes that came after were more subdued but were no less worthy to the palate. The Lobster and Crustacean Congee for instance looked just like any mom and pop porridge but turned out to be another crowd favorite, including one of mine. It was prepared almost like the Cantonese way, with an almost watery texture and the grains almost indistinguishable. 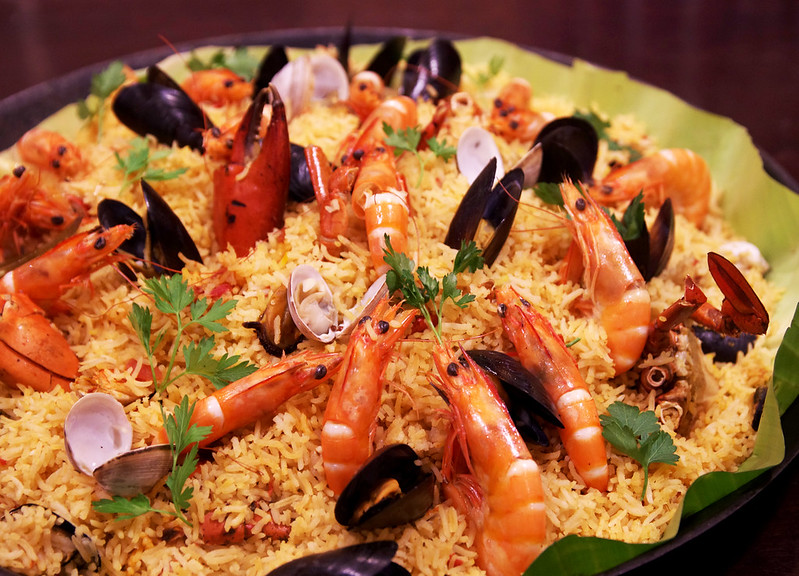 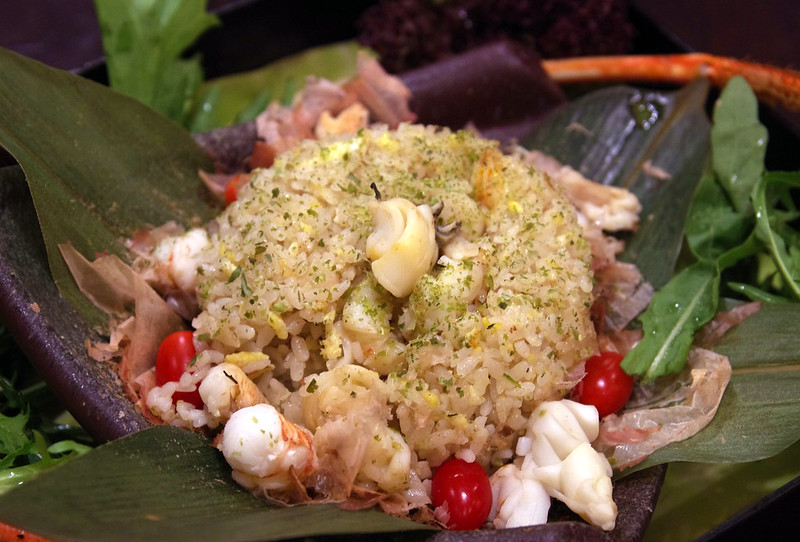 The Crustacean Paella looked tantalizing but I thought it paled in comparison to the more earthy Japanese Lobster Fried Rice. 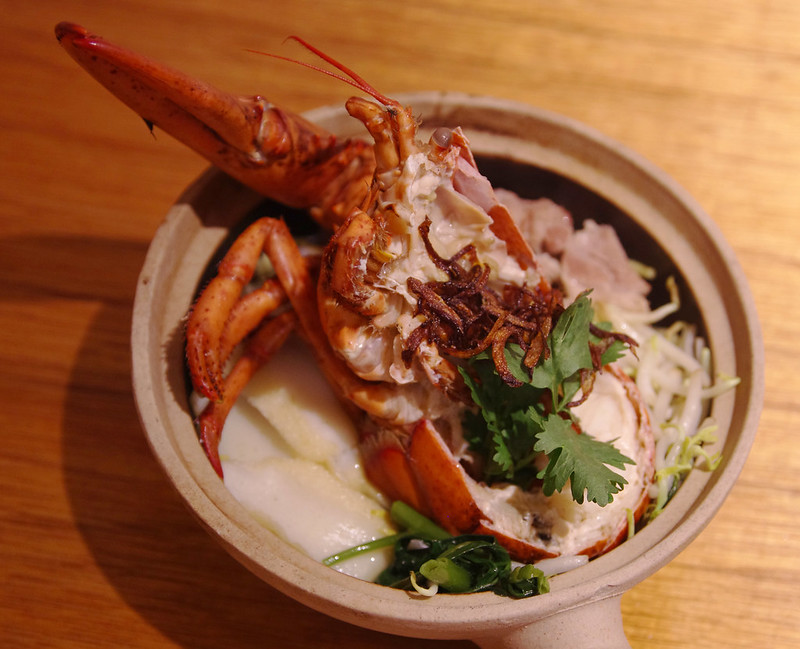 If you’re a fan of the Prawn Noodles that many people tend to queue up for in hawker centers, think of the Lobster Noodle Soup as an upgraded version. It features the same type of noodles, bean sprouts and thin slices of fish cake. Instead of prawns, you get half a lobster which is certainly nothing to complain about. 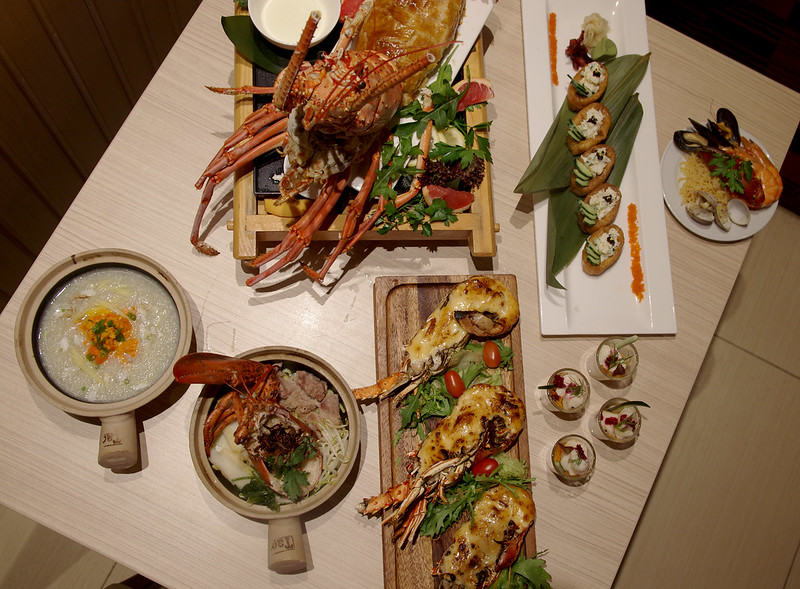 I was already filled to the brim after having all these that I did not manage to try the other highlights. Guests dining for the Union of Crabs and Lobsters buffet can expect other exotic dishes such as the Truffle Lobster with Marinated Jellyfish Salad, Cuban Lobster Stew, Stir Fried Lobster in Fragrant Salt and much more. The extensive crab selection from the current buffet will remain so you do get the best of both worlds.

The Union of Crabs and Lobsters Buffet is available from Thursdays to Saturdays and is priced at $78++ per adult and$34++ per child.

UOB, DBS/POSB, Maybank and HSBC cardmembers get to enjoy the buffet at a special price — at $118++ for two adults.