A recent weekend brought me back to Amoy Street, this time to Solo Ristorante. This Italian restaurant has been around since late 2018 but has a new chef onboard – Simone Fraternali – who used to be Head Chef at So Sofitel Singapore. He is now at Solo Ristorante as Chef/Partner. Chef Simone hails from Gradara, a small castle town bordering the Emilia Romagna region.

As Chef Simone spent much of his formative years in Emilia Romagna – he enrolled in a culinary school in Rimini for six years – his newly launched Saturday brunch (S$78++) is an ode to one of Italy’s most renowned culinary regions. The fixed menu comprises of 7 courses from starters down to dessert and is on a free-flow basis. 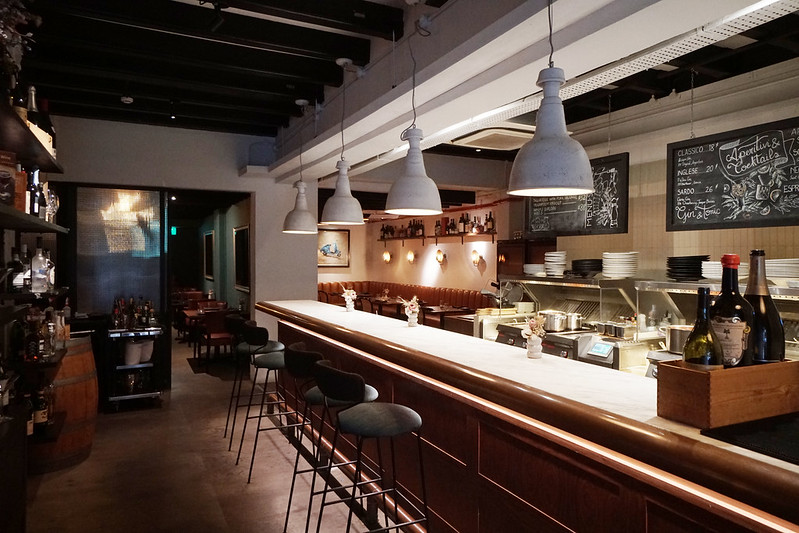 Solo Ristorante is located in a charming shophouse in Amoy Street, just next to Avenue 87. The first thing I noticed when I entered Solo Ristorante is the open kitchen. If you sit close enough at the bar you can actually smell all the freshly-cooked dishes from there. The interiors are mostly in dark wood with equally tan and stylish furnishings. 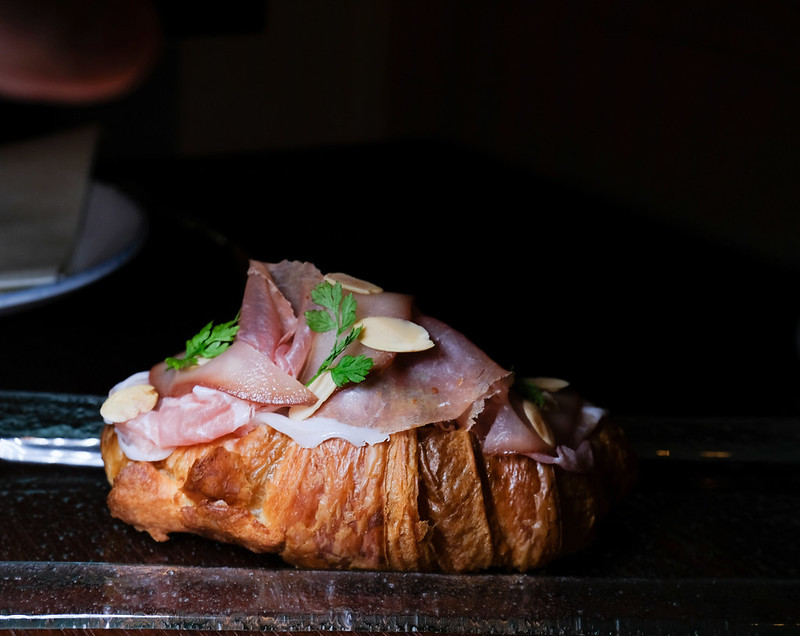 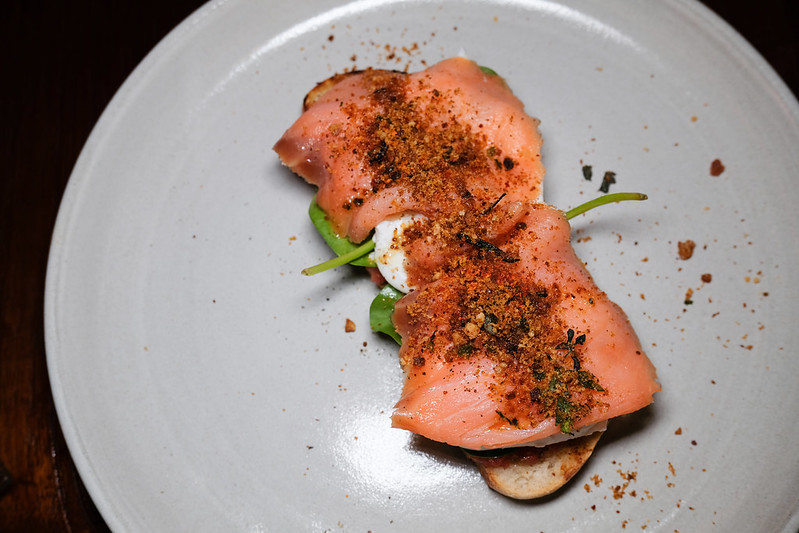 Another excellent starter was the Salmon consisting of cured salmon served on poached egg on squashed tomato pesto & sourdough. When I think of brunch, an open-faced sourdough sandwich is probably one of the first things on my mind. Nothing particularly inventive here but I liked how all these components came together. What is brunch without poached eggs, salmon and sourdough anyway? 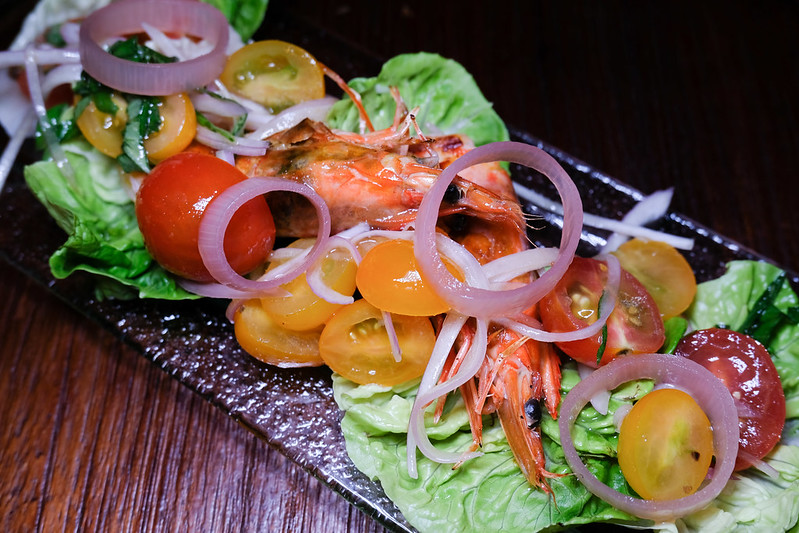 The Gamberi – grilled prawns in a salad in this particular case – takes me back to trips to Italy where eateries catering to locals would often have meals start with a hearty serving of salad. The cherry tomatoes which came in copious amounts were particularly sweet and juicy. 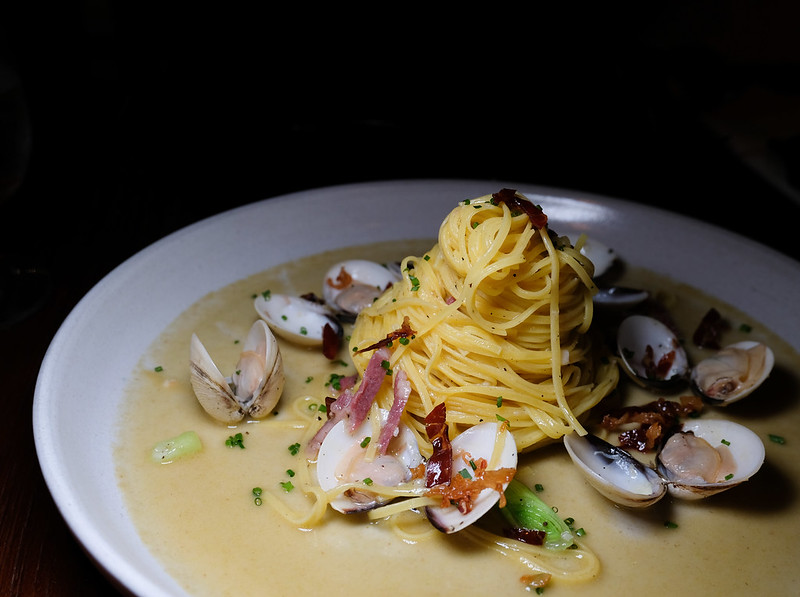 I have heard plenty of great things about the pasta offerings at Solo Ristorante so I was eagerly anticipating the Tagliolini. Here it is presented in one of my favorite versions – vongole – or with clams. Chef Simone explained that for this particular version, he didn’t really have to put sauce into it and indeed, this was something I noticed not just in the pasta but perhaps in all the dishes I had for brunch that day. Chef doesn’t do much with sauces, instead preferring to rely on the natural flavors of the ingredients. For the pasta, it was the fragrance from the smoked leek and savory flavor from the bacon bits which gave it a nice contrast. The usage of leek which is likewise pretty common in Asian cuisine also gave this pasta a slight reminder of local sensibilities. 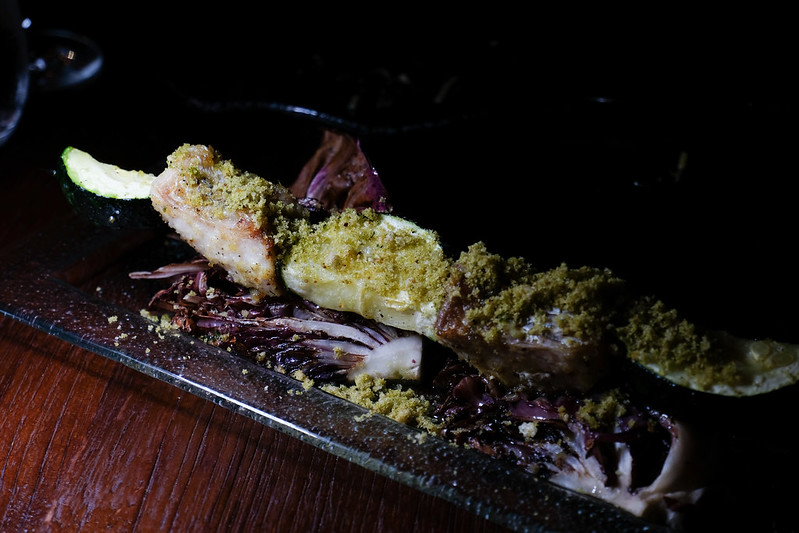 While the focus is on the Emilia Romagna region, the cuisine is rather varied as well. For some, they might associate Emilia Romagna with Bologna and its Pasta al Ragu but the region also encompasses some coastal towns. The Spigola – oven baked barramundi skewers with lemon radicchio and herb crumbs – is a nod to the city of Rimini, a popular beach resort town and gateway to San Marino. A lot of the restaurants facing the beach serve skewers with all sorts of seafood including fish, prawns, squid, etc. The meat here is presented in dry form, similar to how it’s done in Rimini, but I thought it could also do with a hint of lemon on the side similar to how I remember these skewers in those Italian seaside towns. 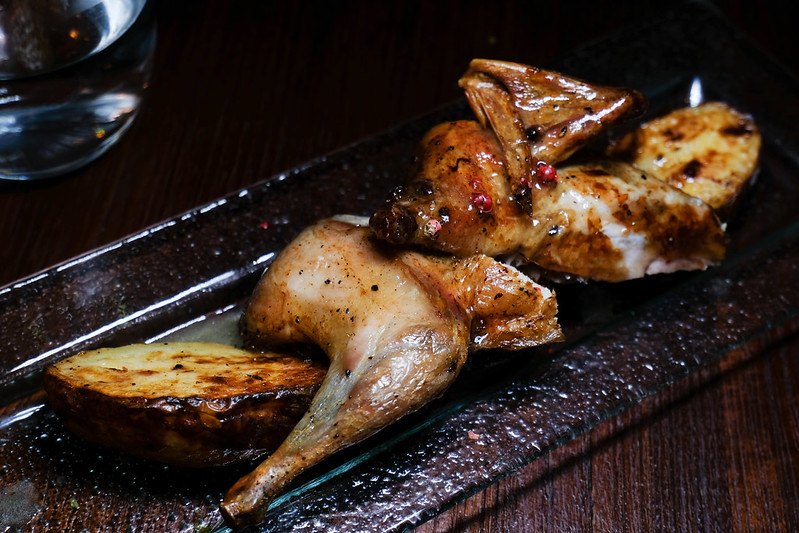 While typical of the Emilia Romagna region, Quail is not something you typically see even in Italian restaurants in Singapore. It is typically trickier to prepare than chicken due to the quail’s naturally gamey flavor but the roasted one I had did not possess any of the off-putting aroma at all. I also liked how the bird was rather tender even in the breast area. If you are having this, don’t leave out the deliciously crispy skin. 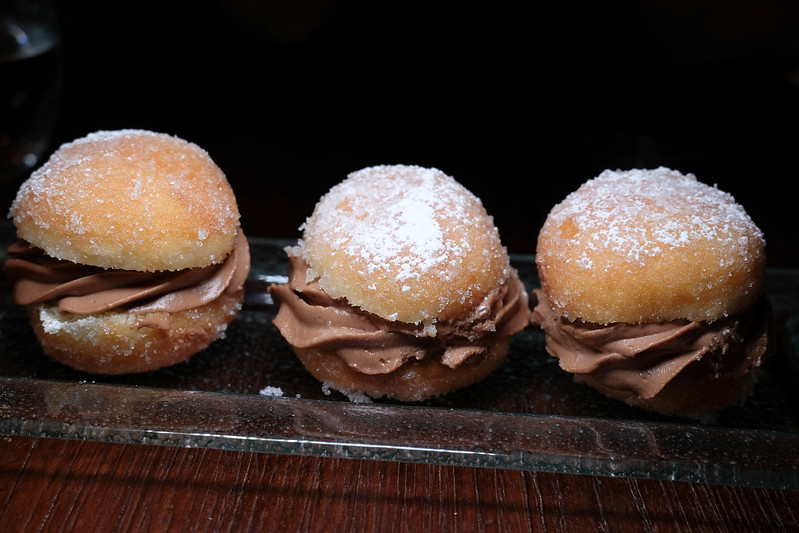 Some of the dishes here hold personal meaning to the chef. For instance, the Bombolini which we had for dessert may be a common Italian sweet ending but for Chef Simone, the bombolini takes him back to his younger days when he and his friends would enjoy a few pieces after a night out in the club. The donut-like bombolini is traditionally filled with custard and cream but nutella is used here which is also becoming increasingly commonplace when it comes to this pastry.