Park Hotel Group, the chain behind the Park and Grand Park hotel brands, has launched a new rewards programme for guests. Membership is totally free – anyone can join with immediate benefits even to base-level members.

I got to to see first-hand how this relatively new loyalty programme works via a recent stay at Park Hotel Clarke Quay. The property invited me for a stay but I extended my nights there on my own accord and used my membership in the process.

I won’t regurgitate the benefits here. You can check out the complete list in the Park Rewards website. However, it’s noteworthy that guests get to have benefits like room upgrades and late check-out even at the middle tier. In other loyalty programmes, this is usually provided at the higher levels.

Members earn points in the equivalent of PARK$. Unlike other loyalty programmes, the accumulation of points don’t directly lead to free hotel nights with a set number of required points. Instead, PARK$ can be exchanged for vouchers. For instance, members can exchange them for various denominations of Park Hotel Group vouchers which they can use for room bookings or even dining.

Aside from Park Hotel Group vouchers, there are a couple of other vouchers that members can redeem including at NTUC Fairprice, Best Denki, Takashimaya and more. Looking at the highest voucher denominations available and the number of points required, this is how it works out on a percentage basis in terms of voucher value for every S$ spent.

For dining transactions, the percentage voucher value equivalent is double of the above table as members earn twice the PARK$ for every S$ spent in participating Park Hotel Group restaurants. This means that for every S$1 spent in dining, members can potentially earn up to 12% equivalent in Park Hotel Group vouchers. Members can also earn PARK$ for dining spends in Park Hotel dining outlets even if they are not staying in the hotel.

PARK$ don’t expire as long as new PARK$ are earned or redeemed during a 12 month period.

Located near the Singapore River, Park Hotel Clarke Quay has benefited directly from infrastructure upgrades in Singapore. A relatively new MRT station – Fort Canning – sits just beside it – while dining and nightlife options abound in Robertson Quay. I have previously stayed in the property and found the relatively quiet surroundings a nice contrast for the busy town area. 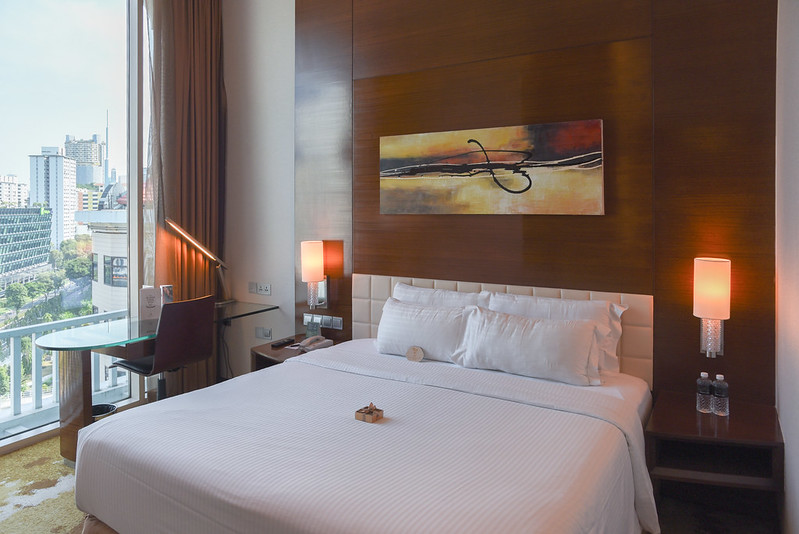 For this particulay stay, I was upgraded to an Executive Suite as a Park Rewards Ambassador member. I previously stayed in the Park Suite and while the room area is similar, the Executive Suite differs in that it has two full bathrooms. The suites are essentially two normal rooms – each measuring 24 square meters – joined together.

One of the good things about Park Hotel Clarke Quay is its Crystal Club, the executive lounge located on the 10th floor. The club lounge staff kindly reminded me that the minibar was complimentary, as is the case for Park Rewards Ambassador members. 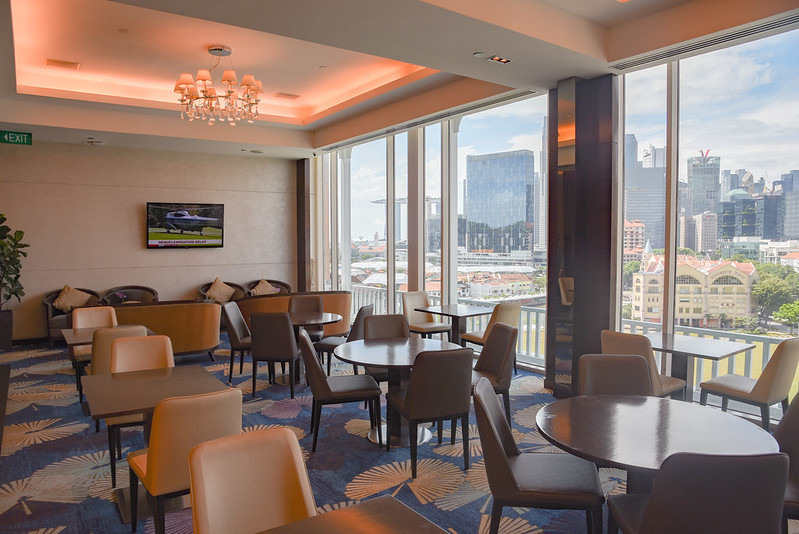 The Crystal Club at Park Hotel Clarke Quay also has one of the more generous evening cocktail spread. Aside from a selection of cocktails to choose from, they also make sure that there’s a nice range of hot items. I found the food to be sufficient as light dinner.

Other additional benefits were also readily provided such as late check-out. There is no exact timing spelled out in the benefits list so this is a bit of a gray area. In my case, reception just asked me what time I needed to check out. I tried 2PM and they gladly acquiesced.

As mentioned previously, Park Rewards awards double the points for dining spends so that provides a good reason to check out the inhouse restaurant during the stay. This is not a bad thing as Porta, the European restaurant at Park Hotel Clarke Quay, serves up some delicious seafood and meat dishes. 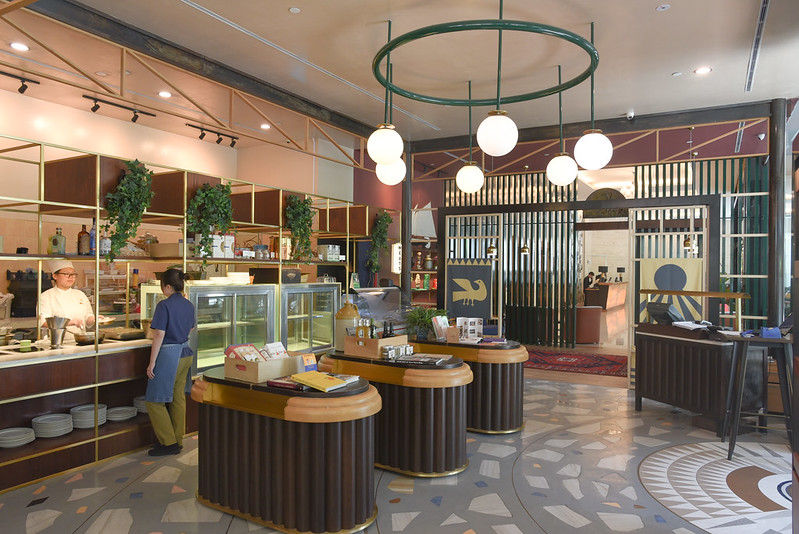 I have dined at Porta for a number of times now, including at their launch some 2.5 years ago. They have a different chef now but the food is just as good. 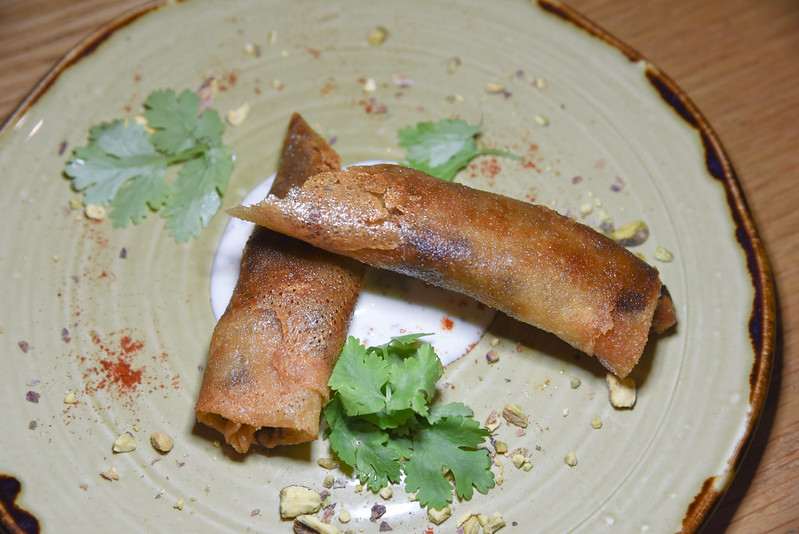 For a start, the Confit Lamb Pastilla (S$14) with its crispy deep fried shell, is an excellent appetizer with its lamb shank stuffing. The Spicy Salmon Tartare is a good option for a starter with a zing and is best eaten with the salmon bits placed on top of the crispy seaweed. 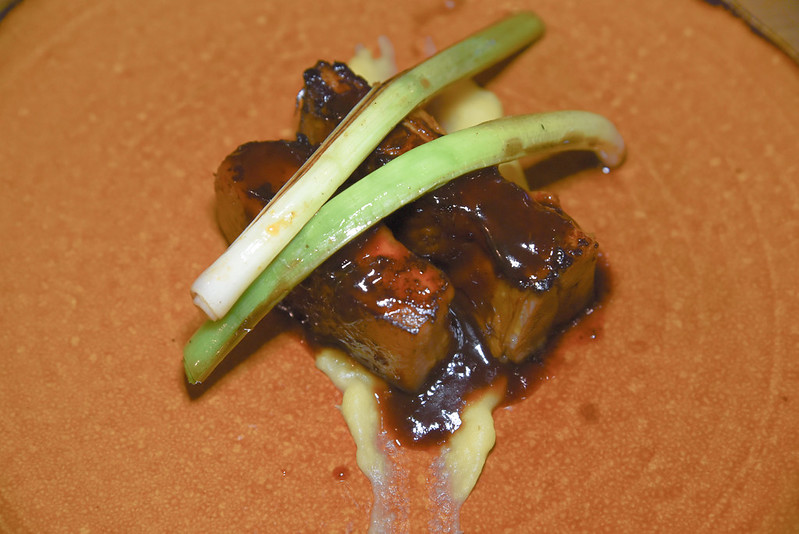 In terms of mains, I loved the Barramundi (S$24) – in particular the juxtaposition of its crispy, thin skin and tender meat. For those preferring something heavier, there’s also the Roast Chicken Leg (S$24) and Pork Belly (S$26). 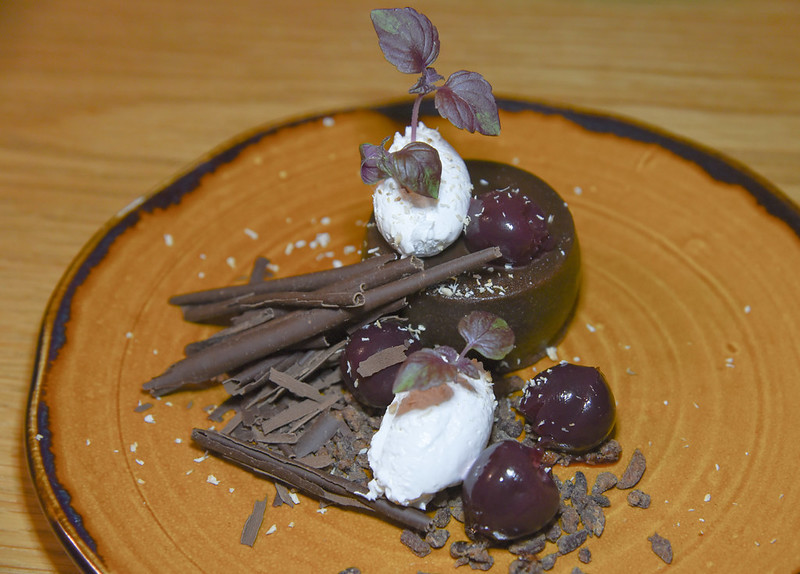 For desserts, the Black Forest (S$14) is a popular dessert which is served in chocolate lava cake style. The chocolate here comes from Malagos Chocolate in Davao, Philippines.

As per the usual practice, points are earned for spends exclusive of tax and service charge.

Park Rewards, as it currently stands, reflects the hotel chain’s concentration in Singapore. Aside from the Park Hotel Group vouchers which can be exchanged in the group’s various properties, other items in the catalog such as NTUC link points, Amazon eGift card and other shopping vouchers can be used in Singapore only. This is not an issue for now. Since the bulk of the programme’s participating hotels and outlets are in Singapore, I assume that loyalty members have a tendency to book hotels in Singapore. These guests can simply redeem one of these vouchers if they wish and then go on a shopping spree during their stay, presumably at a Park Hotel, while in the lion city.

Also, the redemption method of using vouchers instead of hotel nights means that guests are subject to seasonality and fluctuation of prices. But this also means that guests can potentially benefit during the low season when rates are low. That being said, other extra benefits for higher tiered members, such as complimentary lounge access, free minibar and room upgrades are certainly good to have. I would look forward as well to see how this programme evolves down the road once this group further expands its portfolio.