In an extremely competitive foodie scene such as Manila’s, it’s quite rare for non-buffet hotel restaurants to be critically acclaimed. While most luxury hotels place heavy emphasis in creating well-curated menus with high quality items, all too often these restaurant still get overshadowed by the brand name of the hotel.

CRU Steakhouse, a restaurant at Marriott Manila, has a strong potential to make it on its own despite being a staple steakhouse name across multiple Marriott hotels. I tried it just last week and it instantly became a personal favorite. I was really quite impressed and after researching a bit on this gem of a place, I realized that I’m not alone in the praising. Best Hotel Fine Dining Restaurant 2014, Best Dessert, Philippines’ Best Restaurant of the Year – the list of the awards its received just goes on.

Entering CRU for dinner, I was again reminded of the wonderful staycation I had at Marriott Manila just a month back, when I also entered Cru as it was part of Marriott Cafe’s Sunday Brunch.

I was served by Cyndee, who definitely knew her way around Cru. We basically took in everything she recommended which turned out to be a great decision. Everything, as in 100% of the things she recommended, was fantastic!

A common pitfall when preparing seared scallops is that the scallops usually turn out quite dry. Fortunately, the ones served contained just the right amount of moisture, making the shellfish very tender. The slightly spicy shimeji mushrooms provided that extra kick and counterbalance to the naturally salty shellfish. 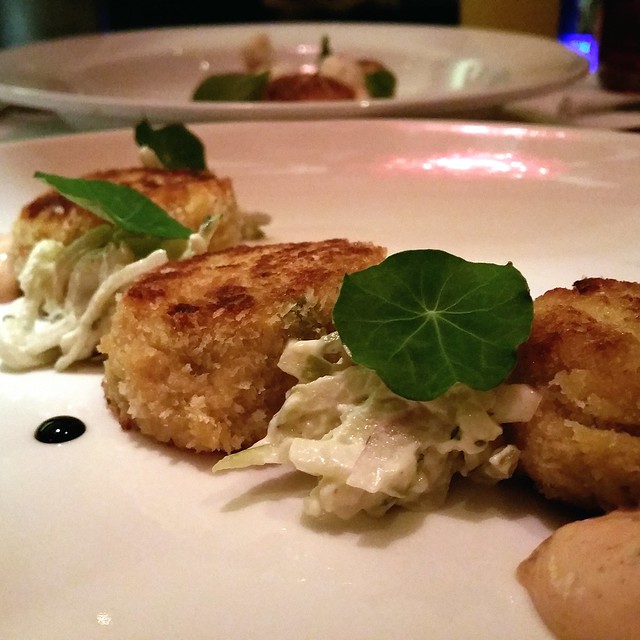 The crab cakes came next. Heavily recommended to me as a specialty of the house, these crisp, golden brown pieces were just bursting with crab meat as I had my first bite. 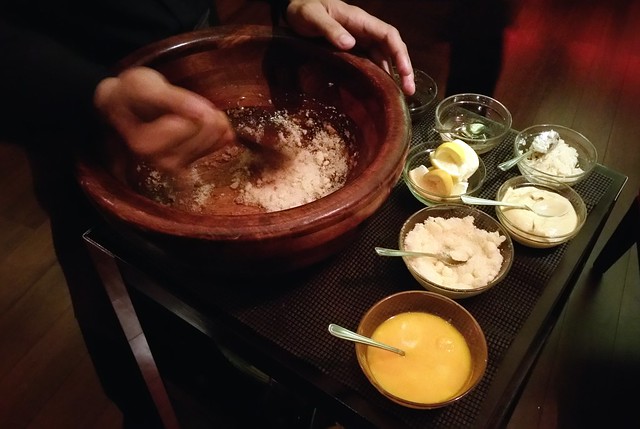 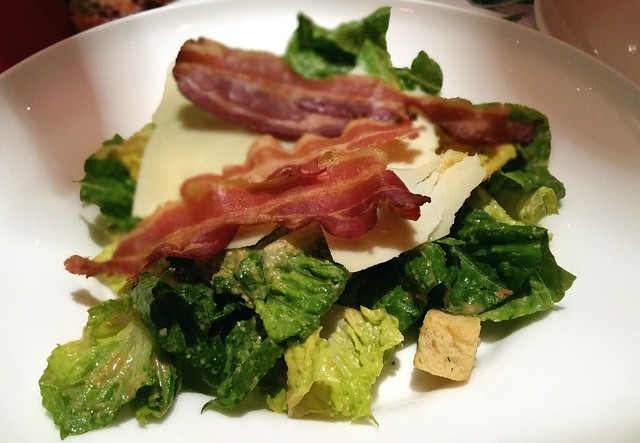 In true steakhouse style, the caesar salad was was made and served on the spot, akin to a mini show of sorts. I was given a bit by my server to test before he poured the dressing over the entire portion. For a vegetable salad, it was quite flavorful thanks to the dressing.

For the mains, I divided my time between the Rib Eye Steak (Php 2,400 for 250grams) and the Baby Back Ribs (Php 1,300 for 700 grams) which had their own merits. For those of you who read my post about Marriott Cafe’s Sunday Brunch, that featured all-you-can-eat Rib Eye steaks. However, my server was quick to point out the difference in the steaks being served at CRU. Upon seeing the huge serving (in my standards) of beef right before me, I couldn’t help but agree! The meat was juicy and tender and I could feel its marbled texture with each bite.

Another highlight were the sides that came with each main. I managed to try a total of 6 sides and of these, I would recommend the Truffle Mac and Cheese as well as the Potato and Onion Gratin, with a heavy inclination for the Mac and Cheese. The strong truffle flavor was tantalizing to the point of being addicting! Hands down, this was the best side dish I’ve ever tried. Heavily recommended. 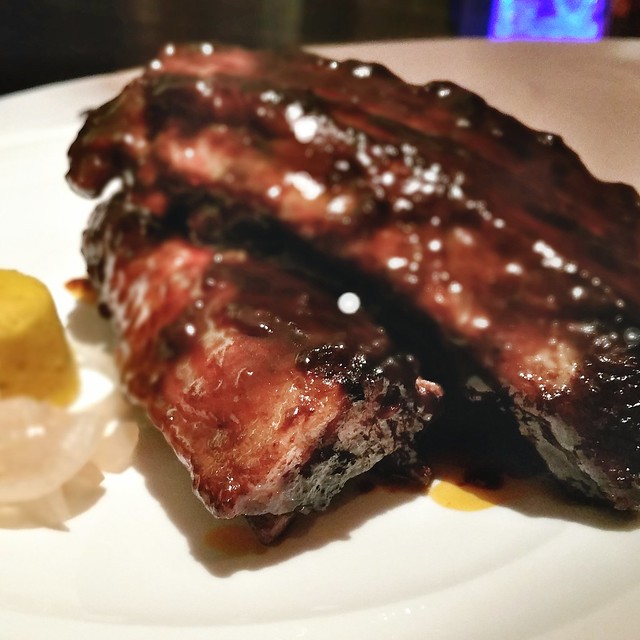 The Baby Back Ribs were likewise exceptional. It consisted of a huge slab of meat, cut into two that could barely fit on my plate. It was also topped with copious amounts of barbecue sauce. 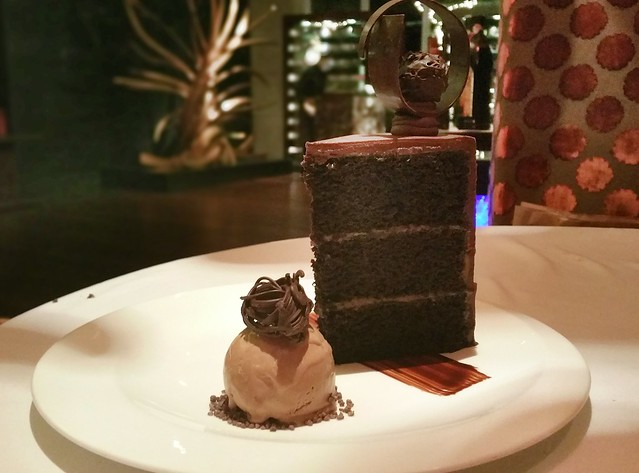 You could just imagine how full I was at this point but for the sake of having the complete meal experience at CRU, I had a portion of the Moist Chocolate Cake. That, too was wonderful. Most importantly, it was not too sweet unlike my usual experience when having desserts in the Philippines.

Before dining here, there were things that I did and did not expect. As a restaurant of a luxury hotel, I did expect high quality ingredients, exceptional service and a nice ambiance. By that measure, CRU executed the customer experience very well. What I did not expect however, was to find the food there truly exceptional. Like I said previously, aside from hotel buffet restaurants or all-day dining concepts, it’s generally hard for hotel restaurants to make a name for themselves. By getting it all right, CRU rightfully deserves the attention it’s been getting.