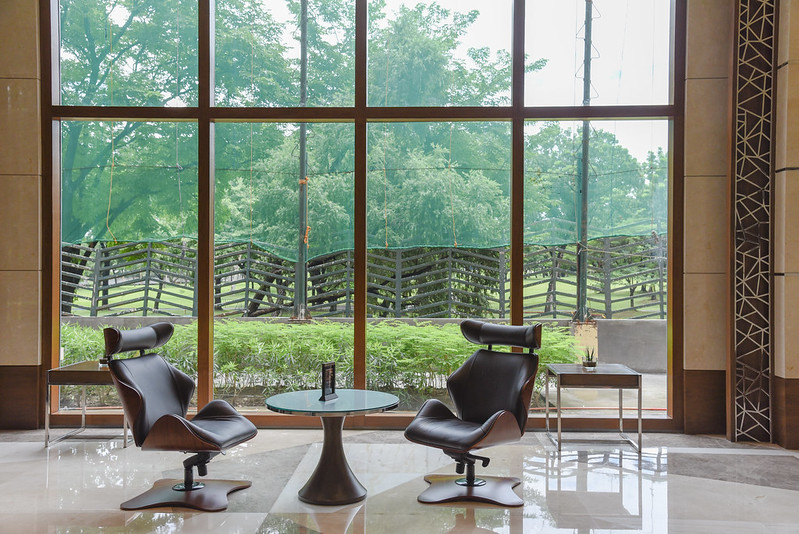 I entered the hotel via its main wing and checked in through the main hotel reception, unaware that the West Wing has its own lobby. The associate at the front desk checked me in and escorted me down a pathway leading to the new wing. The West Wing of the Marriott Manila has a modest lobby but this is accentuated by an attractive bar – Still – as well as the Chinese restaurant, Man Ho, down the hall.

END_OF_DOCUMENT_TOKEN_TO_BE_REPLACED

Marriott Café at Marriott Manila has recently revamped its buffet offerings. I have been there a couple of times and enjoy the nice modern ambiance of the all-day dining restaurant and absolutely love their desserts. Timing their new food offerings for the summer season, one can expect a lot of new refreshing flavors. Recently, we were invited to check out Marriott Café once more after what has been a long while. 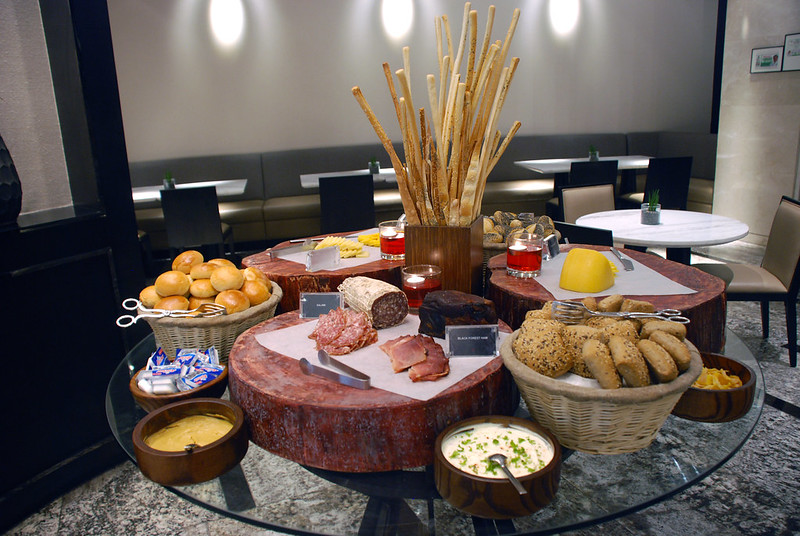 Those who have been to Marriott Café previously would no doubt recognize the oldies but goodies – the cold cuts, salads, sushi bar and Chinese station with roast meats and dumplings. I was pleasantly surprised to find the rarely seen mackerel and yellowtail sashimi during my latest visit as I didn’t recall seeing these previously.

END_OF_DOCUMENT_TOKEN_TO_BE_REPLACED 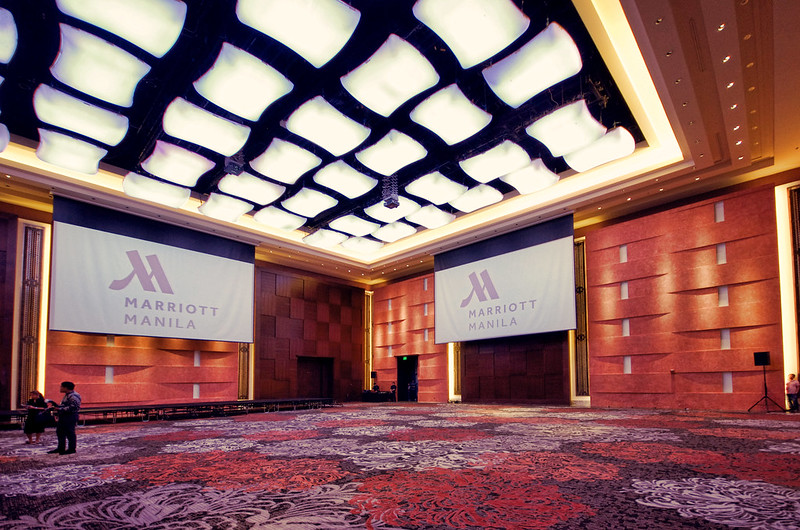 Trust the Marriott for doing things in a big way! The hotel group, through its property within Resorts World Manila, the Marriott Manila, just opened the largest ballroom in the Philippines with a total of 8,000 square meters of function space. The complex has several spaces for meetings and celebrations, from intimate meeting rooms to the grand ballroom with a capacity for 4,000 guests, a 3,000 square meter hall that’s so long it can probably double as a racing track. It really is a new step for the fledgling MICE (meetings, incentives, conventions and exhibitions) industry in the Philippines with a new venue like this.

END_OF_DOCUMENT_TOKEN_TO_BE_REPLACED

In an extremely competitive foodie scene such as Manila’s, it’s quite rare for non-buffet hotel restaurants to be critically acclaimed. While most luxury hotels place heavy emphasis in creating well-curated menus with high quality items, all too often these restaurant still get overshadowed by the brand name of the hotel.

CRU Steakhouse, a restaurant at Marriott Manila, has a strong potential to make it on its own despite being a staple steakhouse name across multiple Marriott hotels. I tried it just last week and it instantly became a personal favorite. I was really quite impressed and after researching a bit on this gem of a place, I realized that I’m not alone in the praising. Best Hotel Fine Dining Restaurant 2014, Best Dessert, Philippines’ Best Restaurant of the Year – the list of the awards its received just goes on.

Entering CRU for dinner, I was again reminded of the wonderful staycation I had at Marriott Manila just a month back, when I also entered Cru as it was part of Marriott Cafe’s Sunday Brunch.

I was served by Cyndee, who definitely knew her way around Cru. We basically took in everything she recommended which turned out to be a great decision. Everything, as in 100% of the things she recommended, was fantastic!

END_OF_DOCUMENT_TOKEN_TO_BE_REPLACED

Within just a few years since it opened, the Marriott Manila has rapidly set itself as one of Metro Manila’s most highly rated hotels. As the flagship hotel of Resorts World Manila, the property’s recognition and stature among local hotels has been remarkable given that it’s only 5 years old. In 2011, the Manila property was given the title “Hotel of the Year” by its parent brand, Marriott International which was quite an achievement for a hotel that was then only a year old.

I had the opportunity to experience Marriott Manila during one recent weekend. Because I was very pleased with my stay, I’ve decided to depart from the usual format of my hotel reviews and instead list the top reasons to to stay here!