I recently dropped by Xiu Fine Cantonese Dining in Connecticut Street during one of my longer visits to Manila. I first heard about the restaurant when it was featured quite heavily in social media a few months back with photos of dishes that until then were not to be found anywhere in the city. If you are familiar with the area where Xiu is, you would notice that the restaurant occupies the same space as Lugang previously. 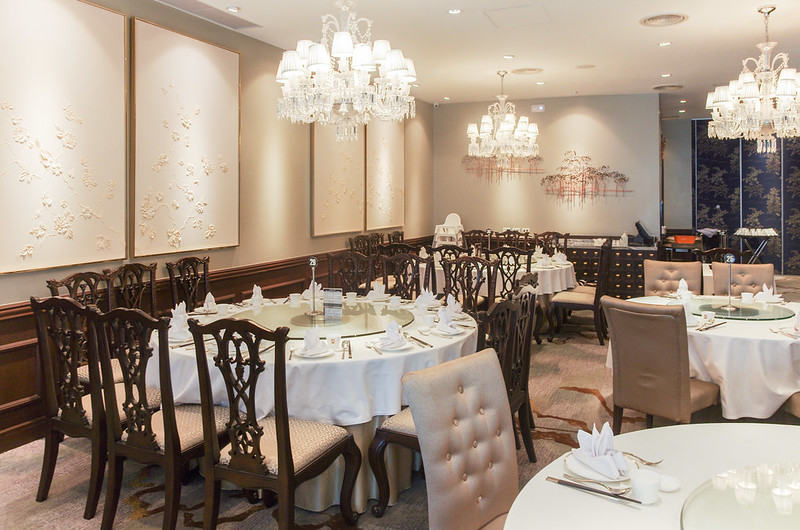 The venue is quite nicely done. Hand painted wall designs, elegant chandeliers and paintings depicting scenes from turn-of-the-century China bring a decidedly refined ambiance. Spread across three stories, the lower floor caters to walk-in customers and small groups while private rooms can be found in the upper floors to cater to meetings, parties and other functions. If you are looking to impress, this is one compelling venue to consider. 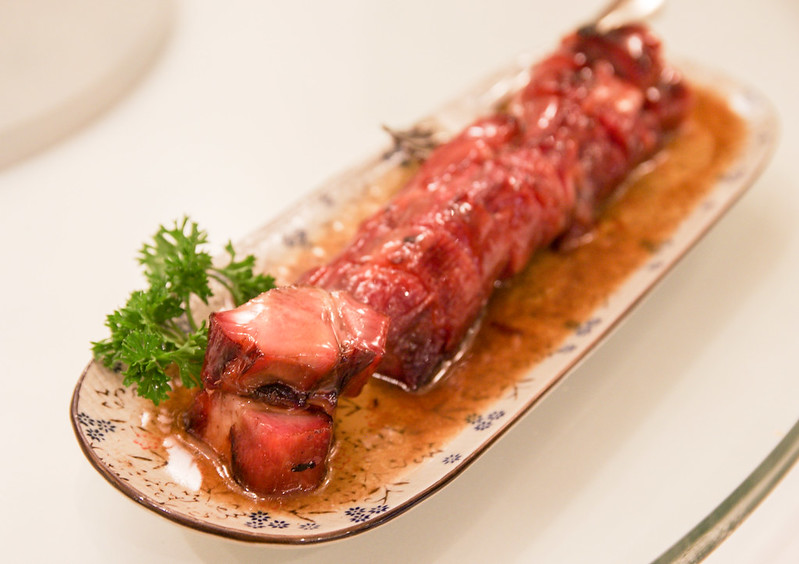 We started the meal with the Honey-Glazed Prime Cut Char Siu (Php 680). The relatively thick slices of pork got my attention. While the thickness is not uncommon in Hong Kong or Singapore, I thought it was a relatively new concept in the Philippines. Nevertheless, the wider proportions didn’t seem to compromise the tenderness of the char siu slices. The meat was also relatively lean and was mildly sweet – a relief as I’ve often lamented the saccharine flavor of asado elsewhere. 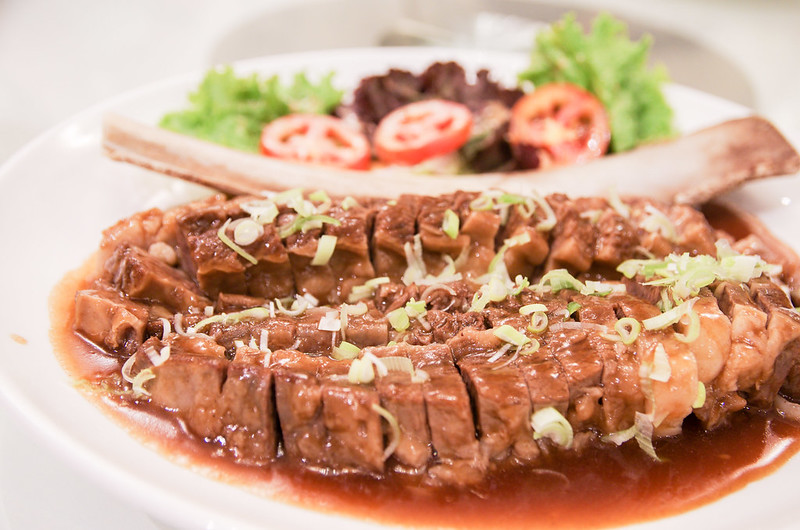 For carnivores, the Stewed US Beef Short Ribs (Php 2,280) looks almost intimidating, with a huge chunk of bone dividing the meat and the salad. It is cooked like your typical beef stew but I thought the texture was notable – springy and quite easy on the tastebud. 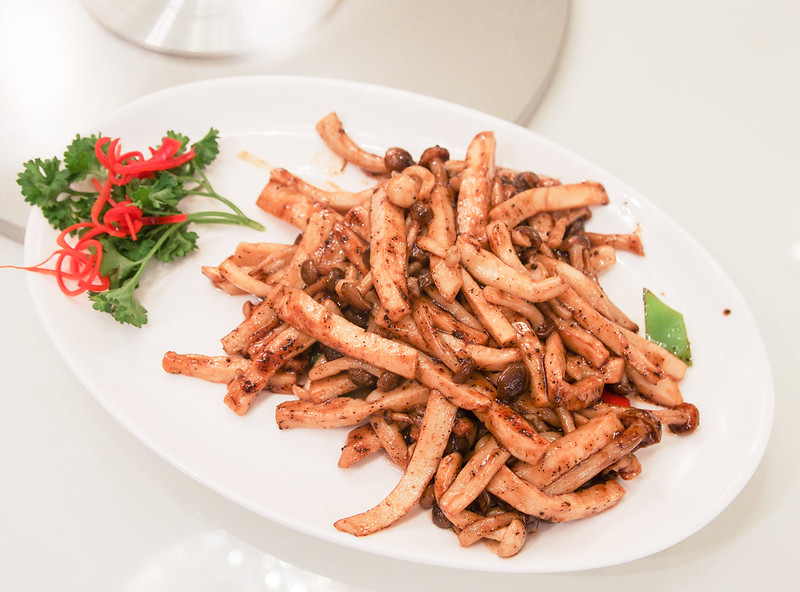 The Mixed Mushrooms with Truffle Paste (Php 680) was an interesting non-meat option. I particularly loved the chewy texture of the mushrooms which disintegrated in my mouth after a few bites. Needless to say, I went to grab seconds (and thirds) of this delightful dish. The truffle flavor was subtle yet pronounced enough to the palate.

While there are a number of meat dishes in the menu, I would say that where Xiu stands out is with their seafood dishes. Many of them are creatively presented. Some are not even available elsewhere in Manila. 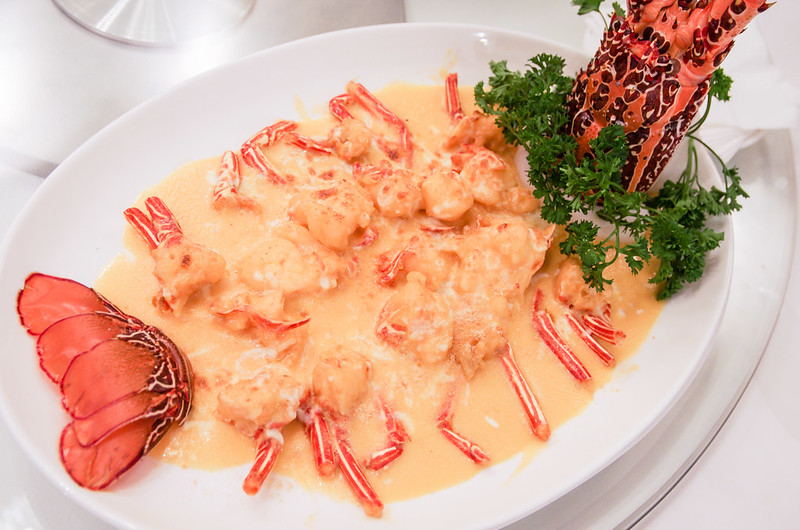 The Baked Tiger Lobster with Cheese (seasonal price) is perhaps the most popular dish at Xiu. Oozing with melted cheese, the lobster came sweet and filled with the aroma of what seemed like cheddar and another component I couldn’t put my finger on (the exact content is a secret). Despite the copious amount of the yellow cheesy sauce, I thought the natural lobster flavor was still well-nuanced and not overpowered by the dairy product. The cheese was neither too sweet nor salty. 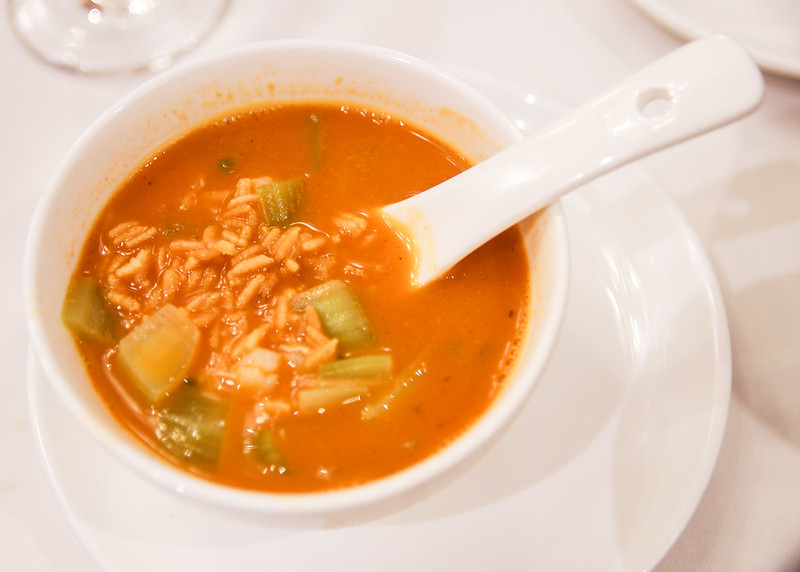 The lobster was prepared two ways and the residue was turned into a Teochew style porridge with a watery broth and the rice still mainly in grain form. I don’t typically take on much carbohydrates when having a Chinese meal but I thought the broth was rich and incredibly robust, a comforting addition to the meal. 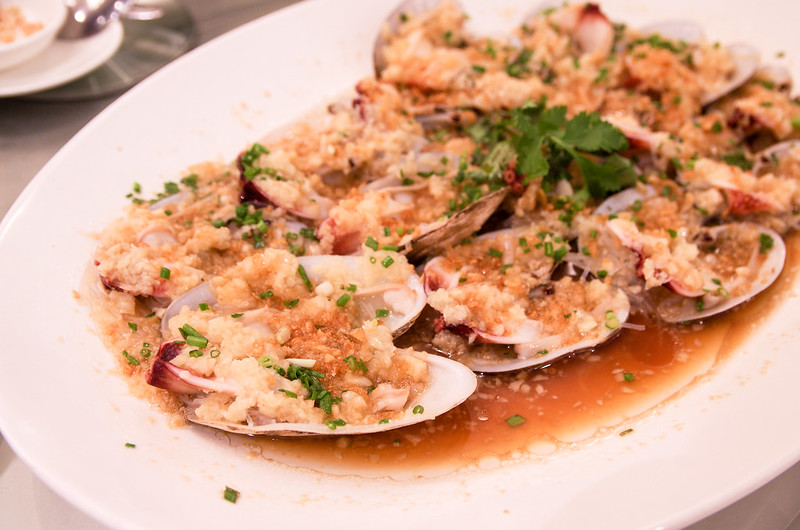 While you probably won’t grab a piping hot bowl of steamed rice during an eight-course luncheon in a Chinese restaurant, you might make an exception when faced with something like these Elephant Clams (seasonal price). Steamed with vermicelli in black bean and garlic, it came with a sweet sauce that was very addictive. It’s just the kind of stuff that you would want to soak in plain rice. 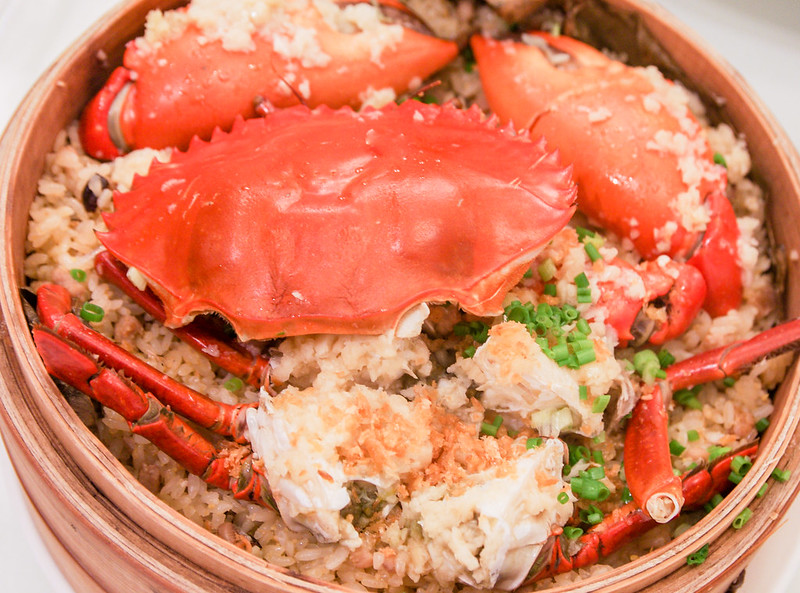 The Steamed Crab with Shredded Garlic and Glutinous Rice (seasonal price) captured my imagination from the moment I first laid my eyes on it while browsing through my Instagram feed a couple of months back. The dish is essentially made up of a steamed crab topped on glutinous rice. Garlic and chives are added wantonly for that extra kick. It is a meal in itself. One bite and it sure did not disappoint. This was my favorite among the dishes I tried at Xiu. 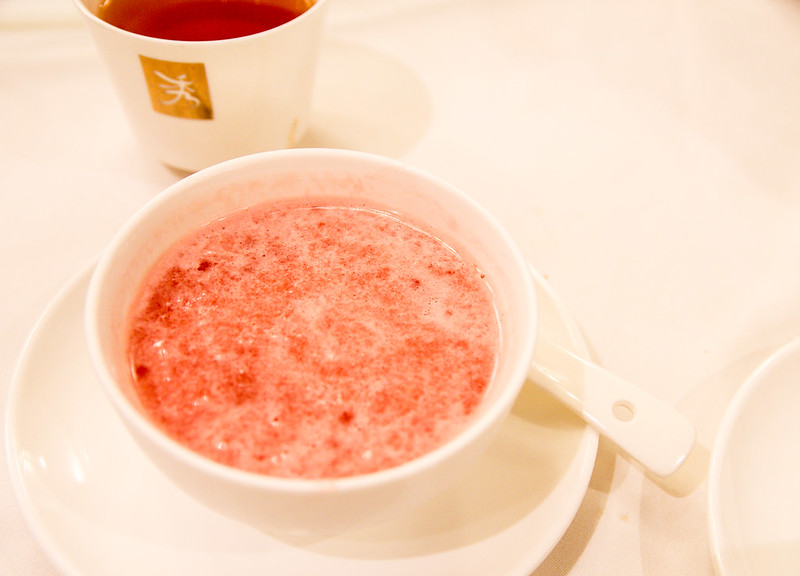 The Watermelon Sago with Lychee Bits (Php 480 per portion) was a refreshing ending to the meal and provided for a great counterpoint the mango sago that permeates just about any Chinese restaurant in Manila. One gulp at the reddish stuff on my bowl and it was apparent they used fresh watermelon for the base.