Ronda is a classic Spanish white town and is a must-see for those seeking a change of pace from bigger cities such as Seville, Malaga and Granada. Through the years, it has captured the interest of various rulers and like much of Andalucia, has changed between Christian, Muslim and Roman hands. More recently, it has charmed the likes of Ernest Hemingway and other writers and has served as the backdrop for many seminal novels. With a strong bullfighting heritage and an unbelievably scenic setting around a deep gorge, Ronda deserves at least a day or two to be appreciated.

Like Cordoba where we came from previously, Ronda is also a popular daytrip destination, and the tourists come here in hordes due to the town’s proximity with the beach resorts of the Costa del Sol . We stayed overnight, after arriving by train from Cordoba . Ronda definitely was not the sleepy town that I had imagined. Despite having only 35,000 residents, it did feel like a much bigger city with the crowds and well-known Spanish brands having opened shop there. 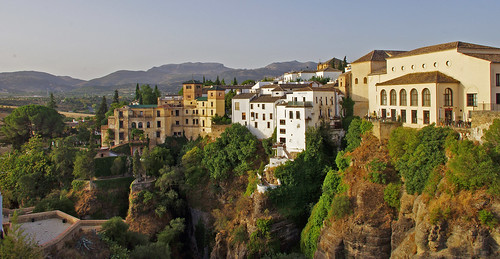 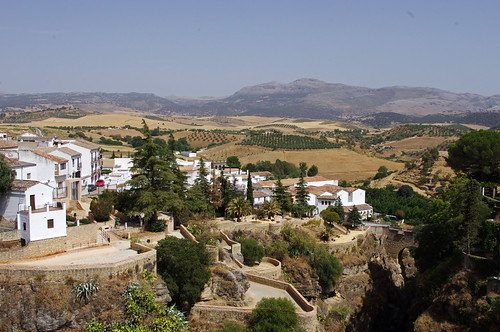 Like the cities we visited previously, we decided to do a walking tour of the town. There are no must-see sights in Ronda, aside from the unbelievable Puente Nuevo bridge which connects the eastern and western portion of town. Spain’s oldest bullfighting ring is also located here. Part of it has been converted into a museum, with memorabilia of famous matadors and even pictures of Ernest Hemingway. Other than these, Ronda makes for a marvelous stroll. Its winding alleys, whitewashed houses, hidden corners and majestic views reminded me of times gone by. Though its size belies it, Ronda was actually also an important place during the Spanish Civil War. 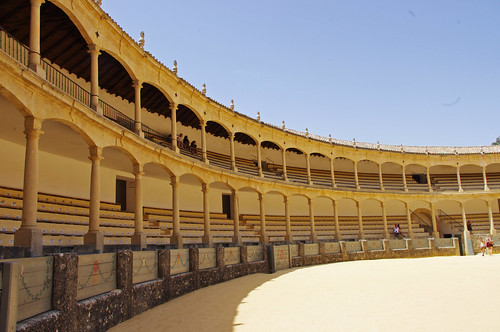 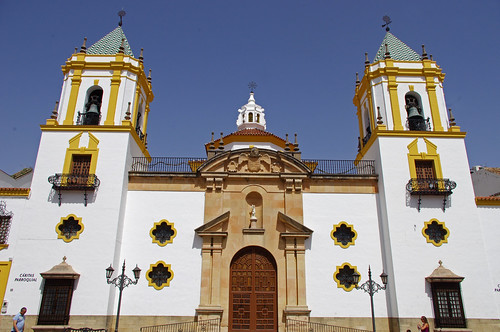 There is a fantastic restaurant in town called El Lechuguita. Filled mostly with Spaniards, it’s a popular place to go for cheap tapas (starts at EUR 1). One of their specialties of course, is the lechuga or lettuce, but basically you can’t go wrong whatever you order. The place fills up very quickly so you’ll need to find your own space!

Ronda has train connections with Madrid and also with other cities like Cordoba. But the easiest way to get there is by bus from Malaga, from which it is a popular day trip destination.