There are times when I obtain the resolve to go somewhere just because of a picture that I’ve seen. That pretty much led me to Taiping, Malaysia; a seemingly nondescript town in between Penang and Ipoh. Taiping – translated in Chinese as “Everlasting peace” – is not a tourist town, with its claim to fame being the rainiest city in Peninsular Malaysia. This has benefited the town with an extremely verdant vegetation, the kind that even others from the tropics would envy over. As for me, all it took was one picture of the beguiling Taiping Lake Gardens, with its lush greenery and calm waters with almost perfect reflection for me to get smitten. 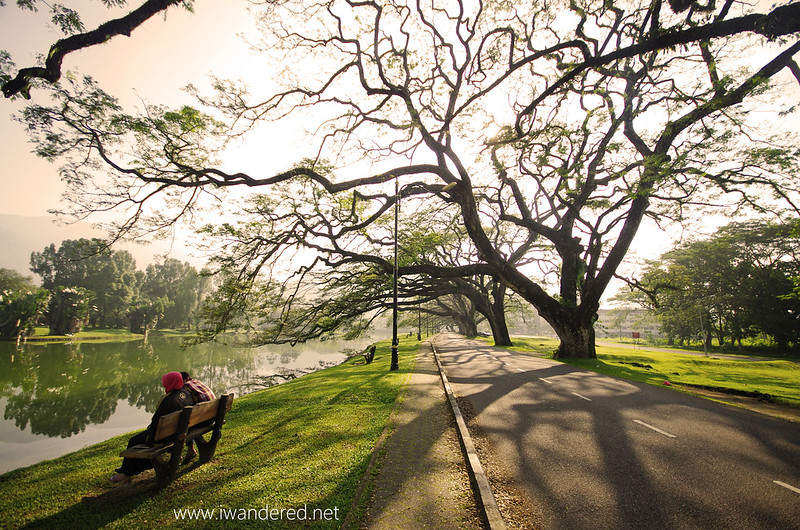 From Ipoh, Taiping is a manageable 1-hour drive through some of the most breathtaking highway scenery in Peninsular Malaysia. 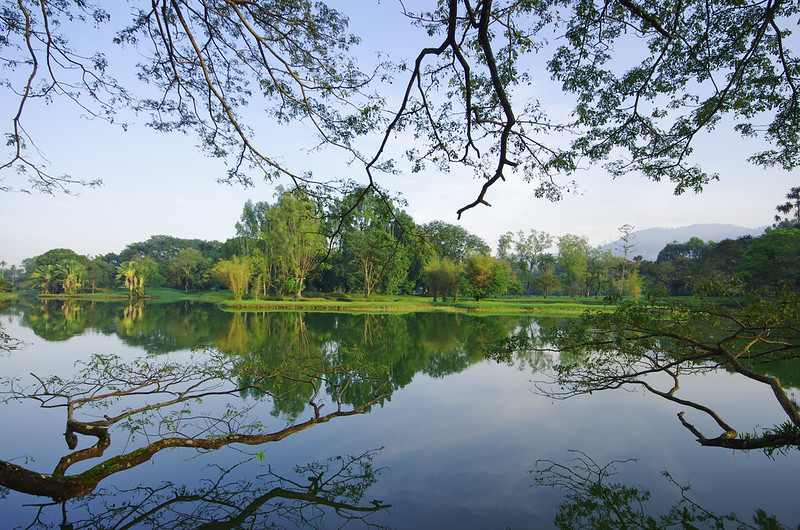 Like many of Malaysia’s cities, Taiping is pretty much spread out with a compact center filled with heritage buildings. This is owing to its past as the capital of Perak from 1876 to 1937. Similar to Ipoh, most of the people here are Chinese, with a Malay and Indian minority so signs in Chinese were everywhere. If Ipoh is already considered a sleepy town, Taiping is even quieter though it draws a lot of domestic tourists during the weekends due to a zoo and night safari. 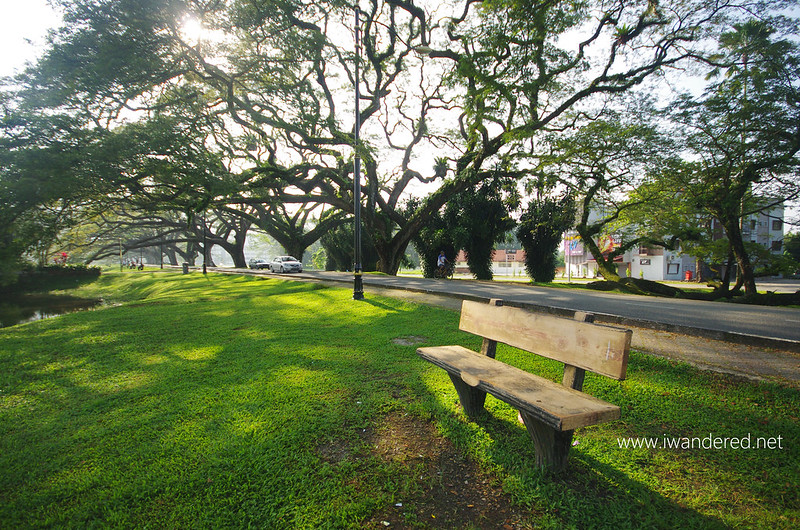 The Taiping Lake Gardens is situated east of the city center. The 64-hecate site originated as a mining ground before being transformed into a park in 1880. At the time, it was the only public garden in Malaya. Up to this day, it is one of the biggest and arguably, most impressive. The Lake Gardens are particularly known for the raintrees planted by the roadside that branch out so precariously low, almost touching the lake. Some of the trees here are over a hundred years old and originated in 1884 when the authorities first planted the gardens with trees and shrubs. It really is a special sight especially in the cool early morning when the waters would be still, creating an almost perfect reflection of the outstanding foliage. Seeing it with my own eyes for the first time, I couldn’t help but think that I’d just found my favorite spot in Malaysia! 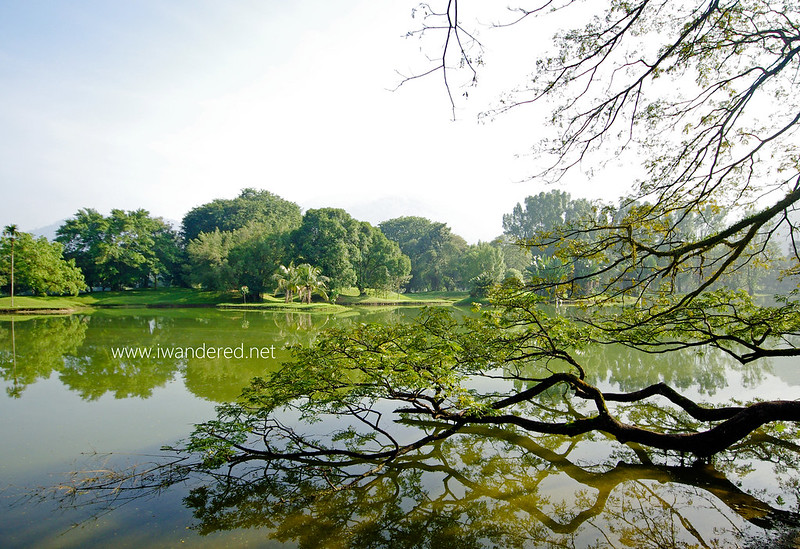 trees branching out so low and almost touching the lake

One can also rent a boat to move around the lakes. Taiping Lake Ride & Cruise (Daily, 10:00AM to 7PM Monday to Thursday / 9:00AM to 7PM Friday to Sunday) has different types of boats available and rides start from MYR 12 for a couple. 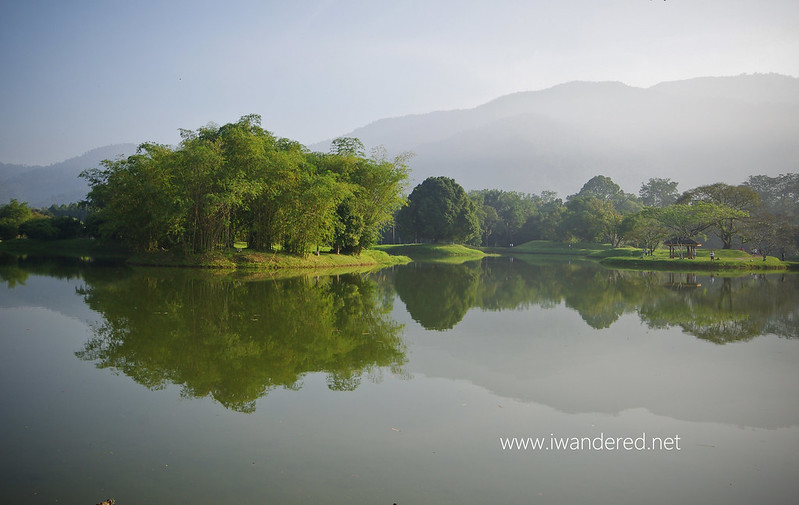 All in all, there are 10 man-made lakes scattered throughout the gardens. Parts of it – particularly the northern side, have become quite commercialized due to its proximity with the zoo and night safari. But the southern side is charmingly serene. 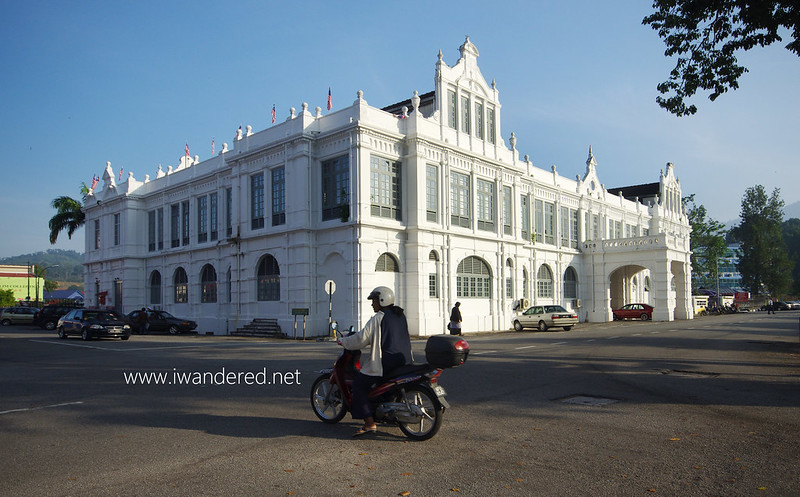 Aside from the Lake Gardens, Taiping is also home to some other interesting attractions. Walking around the city center, I encountered many spectacular Victorian-era buildings – some that looked too ostentatious for a city this small. Taiping used to be the state capital of Perak, before Ipoh replaced it sometime in the early 20th century. The Taiping Heritage Trail is a collection of around 40 buildings which visitors can explore on foot or by car. During my time in Taiping, I explored quite a few. I didn’t go to all – just those which I found interesting. Even the Taiping Lake Gardens is part of it but the bulk are concentrated around the downtown area. One of the most prominent buildings in this trail is the Taiping Land Office which used to be the city’s main government office. A small square fronts it which is popular with families who bring kids go-karting there in the evenings. 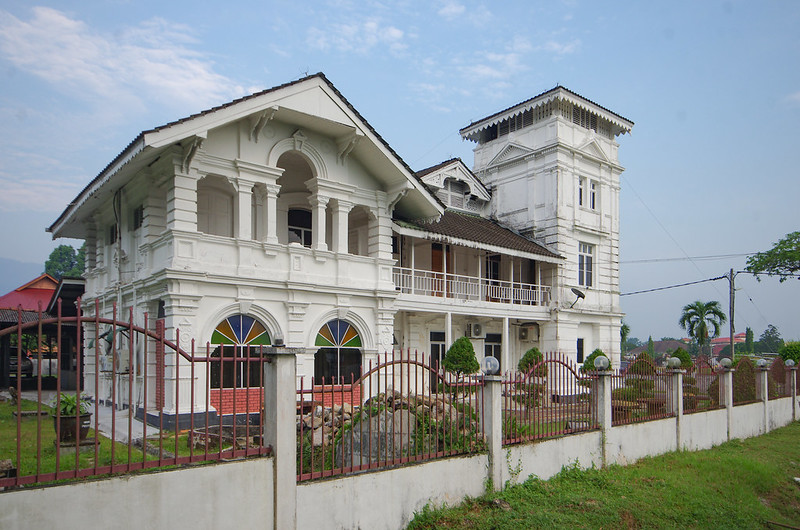 Turn to the northwest, past the padang or the grass field, and you’ll see the former British Officers Mess. Today, it is being used by the Malaysian army. If you walk up a bit from there, you will also see the All Saints Church (Jalan Taming Sari), an Anglican place of worship complete with gravestones by its adjacent lawn. 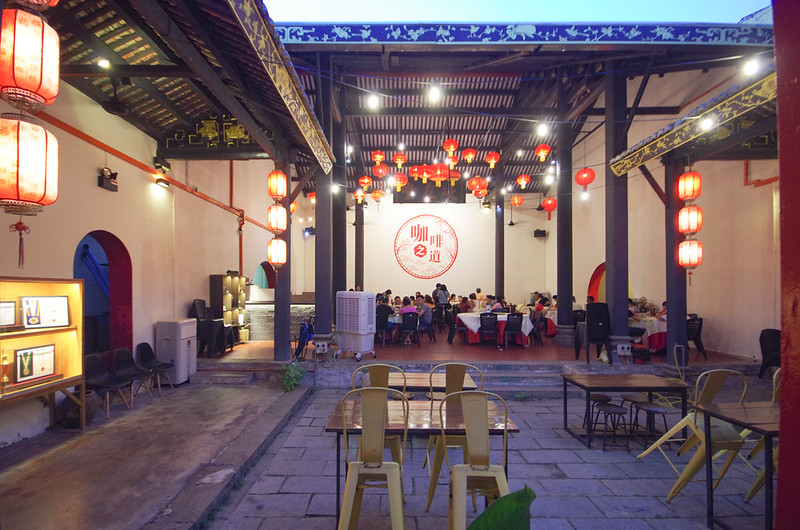 inside the atmospheric shun tak association, now converted into a restaurant

The old Shun Tak Association (Jalan Kota) building is one of the earliest clan houses in the city. This is a nice place to go in order to soak in some of that 19th century vibes. The building is very much open to the public and now functions as a popular Chinese restaurant. 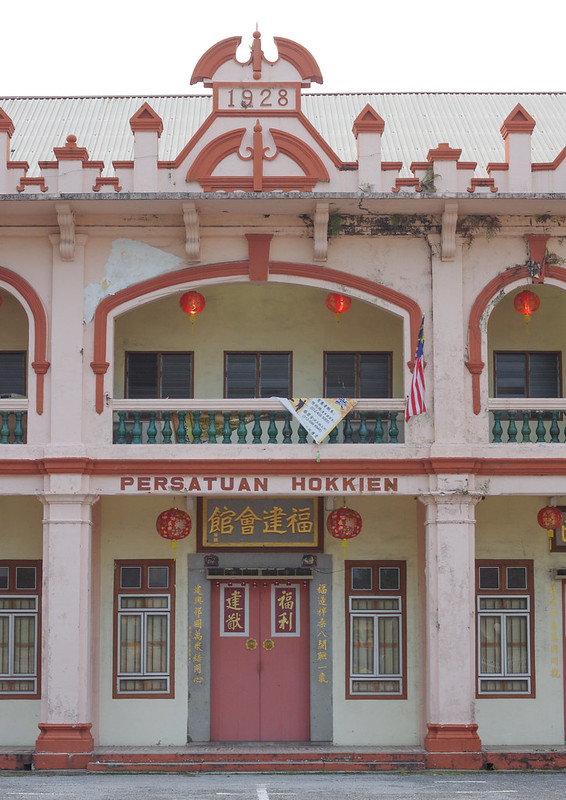 gorgeous facade of the hokkien association in taiping 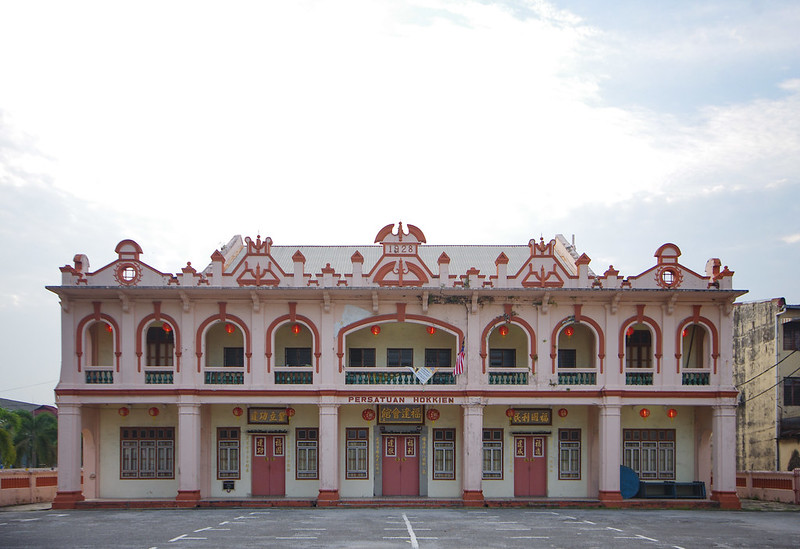 When it comes to clan houses, the most ornate one I have seen anywhere in the world is probably Taiping’s Hokkien Association building. Its contrast of red and white, with Chinese lanterns hanging from the ceiling make for a photogenic sight even from where I stood by the gate. A sign by the facade clearly informs that the building was built in the 1920s; a must-see while in Taiping. 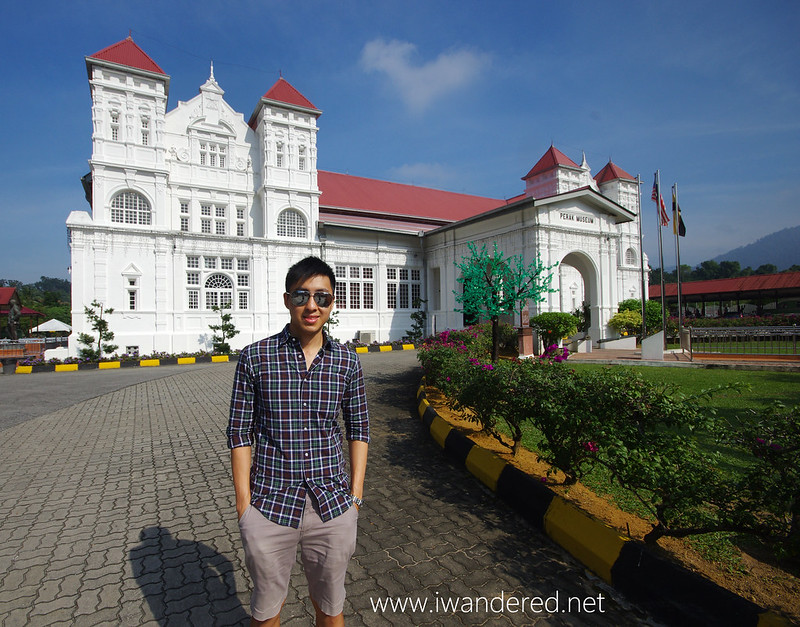 in front of the majestic perak museum

The Perak Museum is also situated here, in another grand building in the northern part of town. Locals like to boast that their city hosts many firsts in Malaysia and top on that list is this building which served as the nation’s first. The museum hosts a plethora of artifacts, from natural history to cultural ones. Even if you are not into museums, it’s worth coming here to check out the architecture alone. 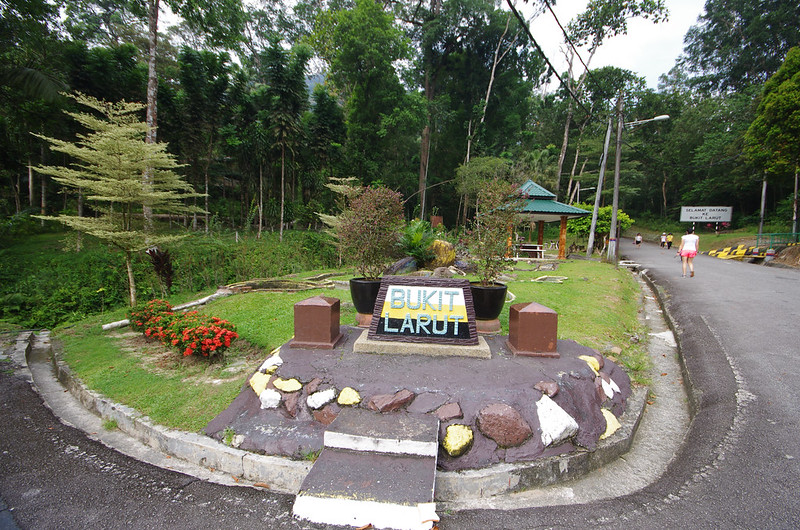 For those seeking to escape the heat, a trip up to Maxwell Hill or Bukit Larut is certainly worth the climb. The peak is 1,250 meters above sea level which makes for a cooling contrast compared to the lowlands. There, you can rent a chalet for the night or you can just wander around the pine-scented gardens. If you are visiting, do note that private cars can only go so far as the base which is situated by the entrance. To go up, you can either hike for approximately 2 hours (on paved roads) or buy a seat at the lorries that make the climb. If you plan to take the lorry, you will have to show up early in the morning as seats can fill up pretty quickly.

Overall, I found Taiping to be a very relaxing town, even when you compare it to languid Ipoh. It’s a paradise for nature lovers and those seeking to escape the monotony of large-scale commerce. Thankfully,there are no large shopping malls here. While admittedly there are not many sights here, I was totally bowled over by the Lake Gardens. That alone is more than enough reason to come here.

I will be back, hopefully – to see the Lake Gardens. Again and again. 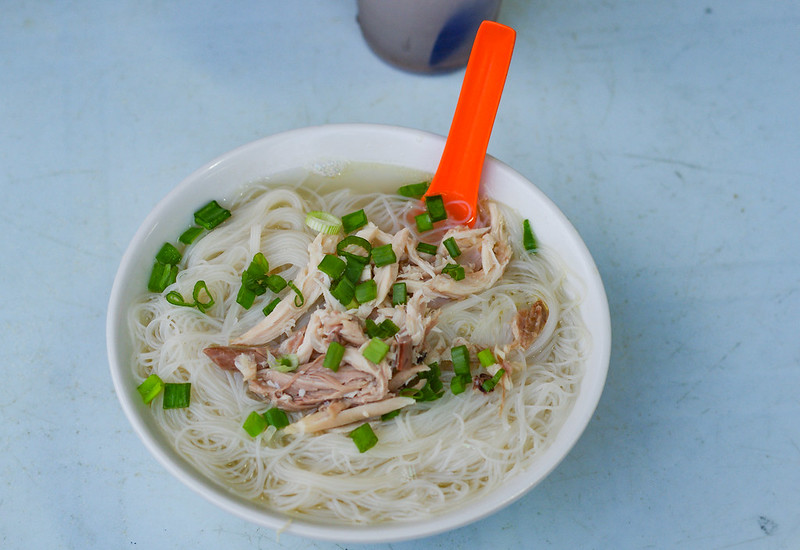 I had delicious bee hoon (rice noodles) at Golden Corner (94 Jalan Pasar, open daily 5 to 11PM) which came topped with chicken. The broth was pretty good and fragrant!

How to go to Taiping

Taiping is about 1 hour from Ipoh, 1.5 hours drive from Penang and about 4 hours from Kuala Lumpur. Rides via Grab are possible from/to Penang and Ipoh. There are also direct buses to this town from the likes of Ipoh, Kuala Lumpur, Penang and even Singapore.

Where to stay in Taiping

I stayed in Flemington Hotel due to its lakeside location. Rooms are modern but rather basic. The restaurant is adequate. It is the only hotel in Taiping that is facing the lake and for that reason alone, this is the place to stay in the city. You can book Flemington hotel HERE.