I was first introduced to the idea of visiting Pakistan five years ago while I was in Delhi in India. During a requisite visit to the Red Fort, I passed through a majestic entryway called Lahore Gate – named as such as because it led to the city of Lahore which is located in present-day Pakistan. A few nights of research later, I learned more about Lahore and what I found intrigued me. As a cultural center, the city stands out like one of the great capitals – Delhi, Beijing and Moscow – with gigantic monuments, wondrous heritage and a name that conjure the silk road and the age of exploration. I also read about Pakistan’s mindblowing Himalayan far-north – supposedly the inspiration for the mythical Shangri-la in James Hilton’s novel, “Lost Horizon.” 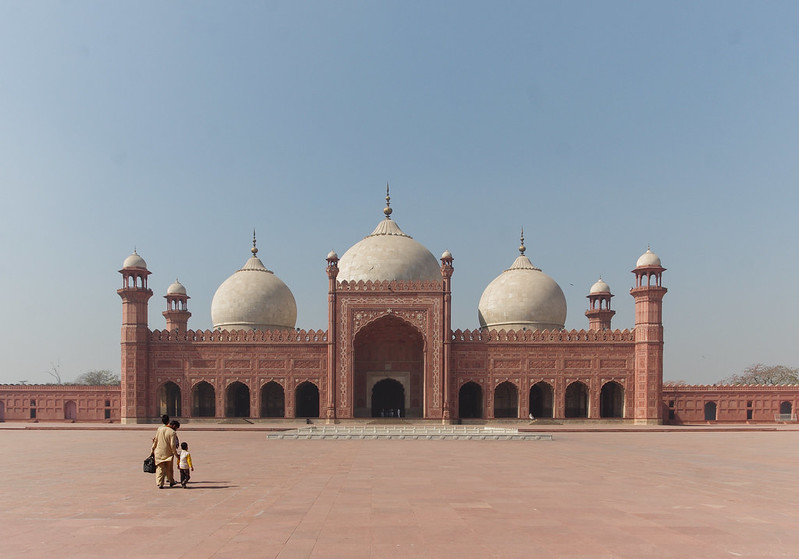 That being said, I never really took the idea of visiting Pakistan seriously due to the things I had seen in the news. It was only after an opportunity came about to visit Amritsar in India (where Pakistan is just across the border) that I seriously considered going. Even then, I almost came to the point of canceling my trip as the country faced its deadliest month in years with multiple suicide bombings in various cities the week prior to my visit, including two in Lahore where I was supposed to spend most of my time.

Notwithstanding the surprisingly fast process of getting a visa (can be applied online), entering Pakistan was an adventure in itself. Rather than landing at one of the main international airports, I chose to cross the Wagah border between India and Pakistan by foot. There is no direct flight from my country of origin, Singapore to any point in Pakistan but there is a direct flight from Singapore to Amritsar in India which is just 30 kilometers to the border. Alternatively, if you are coming from other regions such as the Middle East, airlines such as Airblue fly to Lahore from Abu Dhabi, Dubai, Jeddah and Sharjah.

Amidst the judging gaze of my hotel concierge in Amritsar when I told him I needed a taxi to take me to the border because I was going to cross over to Pakistan, the land crossing was actually quite pleasant.

Despite the 3,000+ kilometer long divide between India and Pakistan, the Wagah border is the only one that is open for foreigners to cross. The two countries have had a very complicated relationship and there is a tendency to think that there is a lot of red taped involved to cross. Actually, it’s surprisingly easy and I have written about my experience in crossing the Wagah Border by foot.

The city of Lahore is neither the capital nor the largest in Pakistan. It is only the second largest but is widely considered to be the cultural heart of the country with its long history, buildings dating from the Mughal Empire and bazaars that have been in operation for centuries. 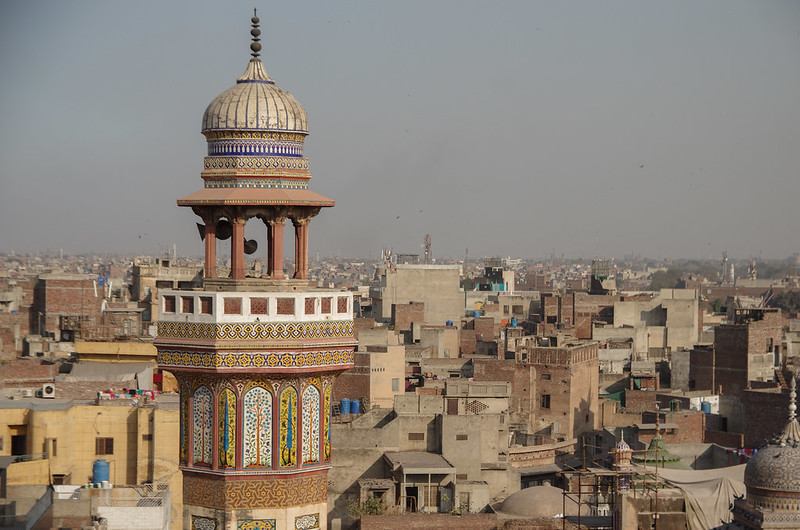 As my car sped from the border parking lot to the city, my initial impression of Lahore was that it carried the same frenetic pace and chaos that you see in many Indian cities but you do see a greater proportion of people in traditional attire as opposed to western clothing. I was quite impressed with the road network. There were plenty of highways criss-crossing the city which made traffic jams quite rare except perhaps in the older part of town. 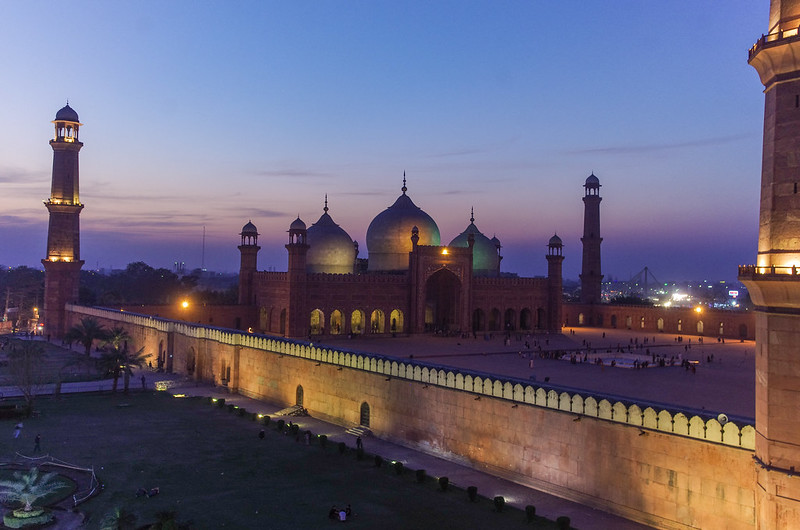 the badshahi mosque at night

When I was researching about Pakistan, no other place captured my imagination as much as the sight of the Badshahi Mosque (daily, 8AM to 8PM). The religious structure dates back from the Mughal era in the 1600’s and was completed after only two years. The mosque has a slightly similar look to the Jama Masjid in Delhi except that the former is much bigger and has an almost completely red exterior save for the domes. If you came for a similar objective, I would recommend coming here at the start of your trip as the Badshahi Mosque deserves at least 2 visits – one in the day and one at sunset. 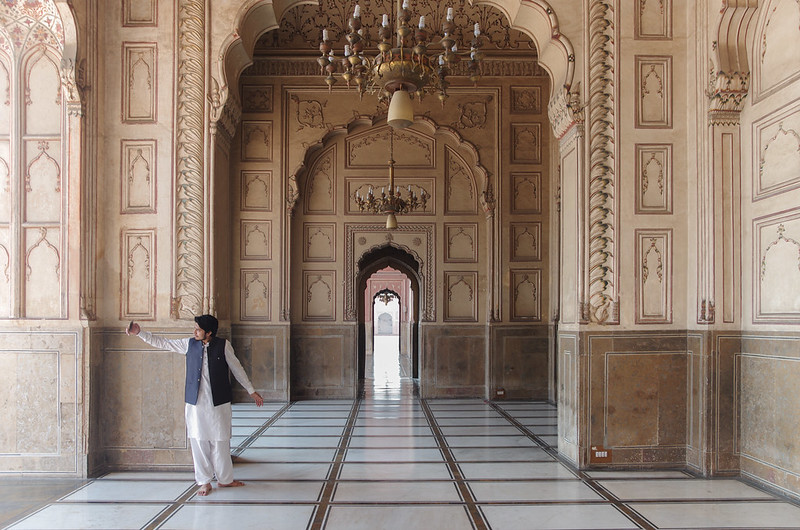 interiors of the badshahi mosque

The prayer hall of the Badshahi Mosque is just as majestic, with frescoes and carved marble lining the ceiling and walls. I was approached by a number of locals for “wefies.” – People in Pakistan generally aren’t accustomed to seeing tourists and I saw the same kind of curiosity among locals that I witnessed when I visited Iran a couple of years back. 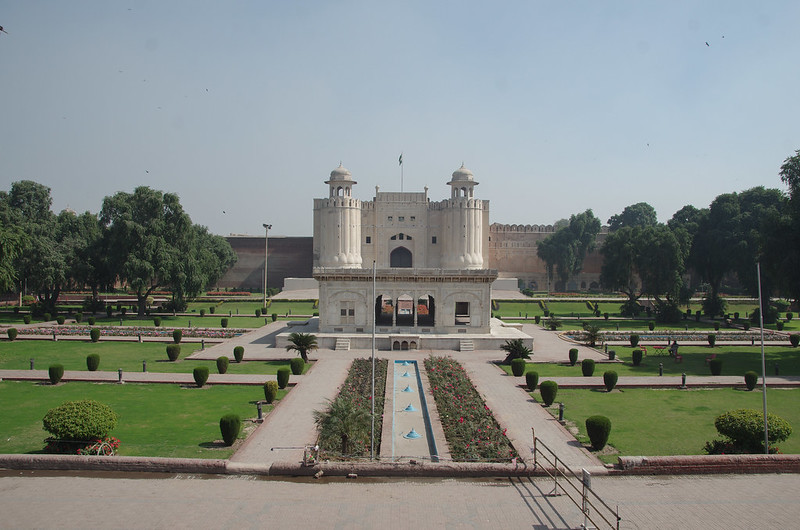 Just across the mosque is the Lahore Fort (daily, 8:30AM to 5PM), a UNESCO World Heritage Site. It is a sprawling complex filled with plenty of pavilions, palaces, gardens and gates and is worthy of a few hours of exploration. Due to its UNESCO designation, Lahore Fort should theoretically be one of the most touristy places in Pakistan. However, at the time of my visit, there was no other foreigner there though the place is popular among locals seeking open spaces in densely populated Lahore. 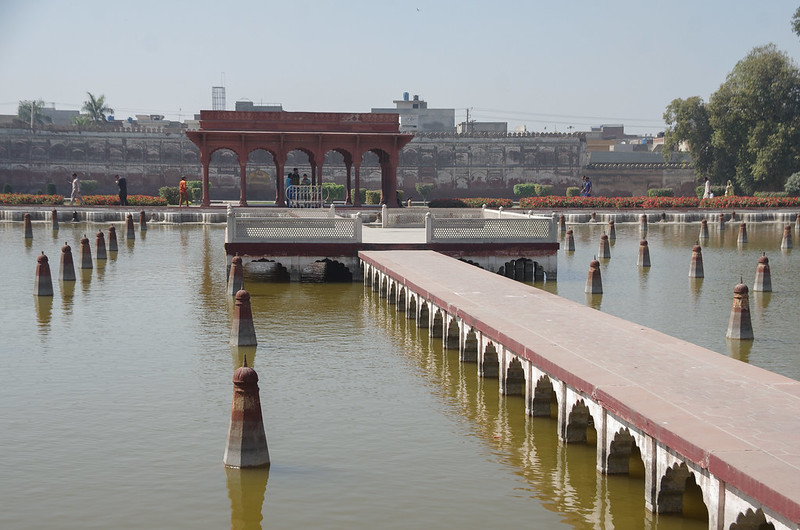 Another place from the Mughal era that I checked out was the Shalimar Gardens, a UNESCO World Heritage Site. Built incorporating Persian style, it is worth checking out for its three-tiered layout. The gardens are a bit out of the way from downtown but if you have plans of watching the border closing ceremony at Wagah, you can stop here as it’s along the same road. 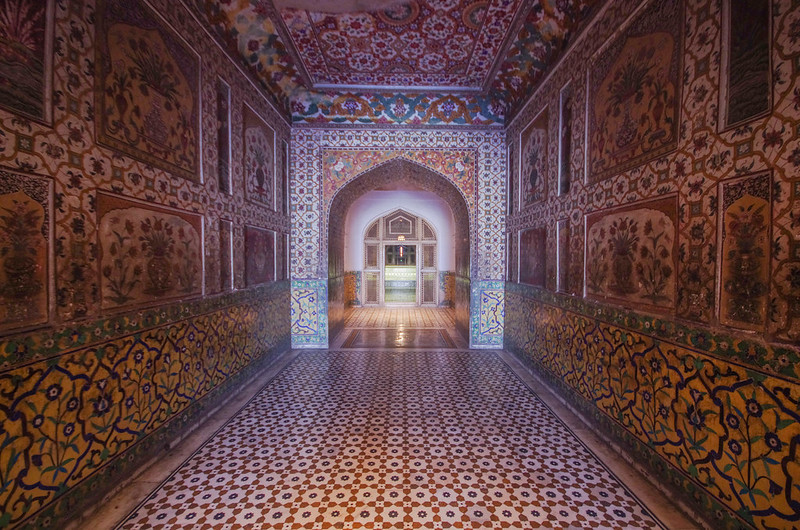 I wasn’t initially sure whether I had enough time but I managed to sneak out to the suburb of Shahdara to see the Tomb of Jahangir and Asif Khan (daily, 9AM to 7PM). The marbled carvings and embellishments are worth the 30 minute drive from the city center. As with Islamic custom, the cenotaph of the Emperor is above ground. It’s also a sight to behold, having been embellished with inlay.

For all its grand monuments, my favorite spot in Lahore has got to be the Shahi Guzargah or the Royal Trail located inside the Walled City. During medieval times, the trail actually led all the way to Delhi. Today, it is a bustling bazaar with recently restored heritage buildings and a picturesque Wazir Khan Mosque as its centerpiece. 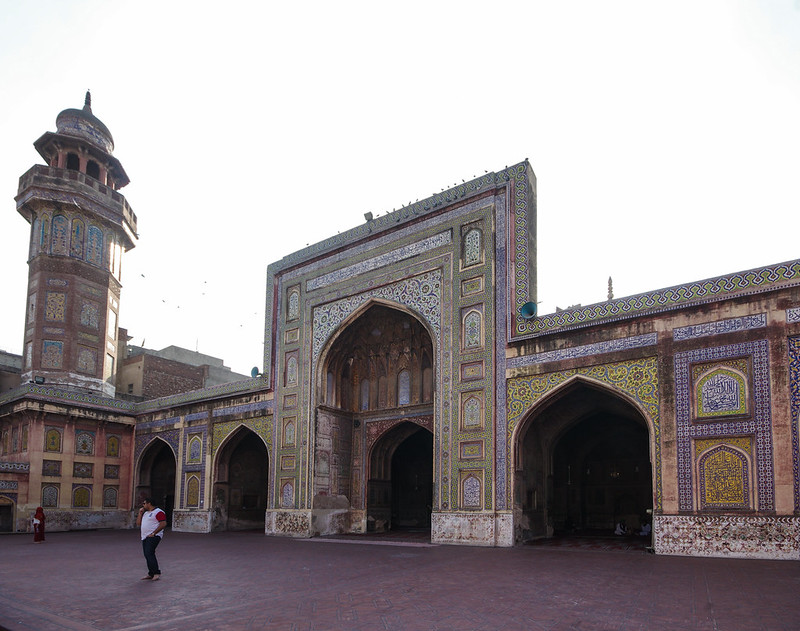 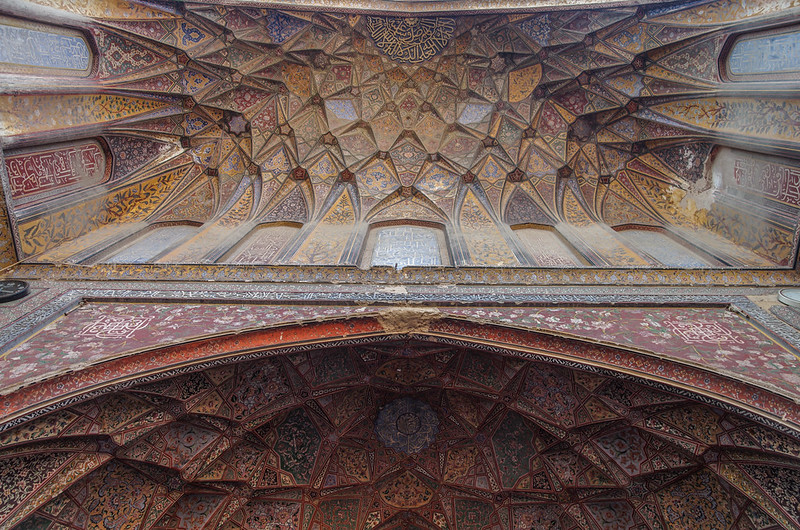 The mosque itself dates back from the 1600’s and while it is not as big as Badshahi Mosque, Wazir Khan is well known for its tilework and frescoes. If you manage to find the mosque-keeper, you can also ask him to open up the doors to one of the towers where you can climb up for a bird’s eye view of the surroundings. 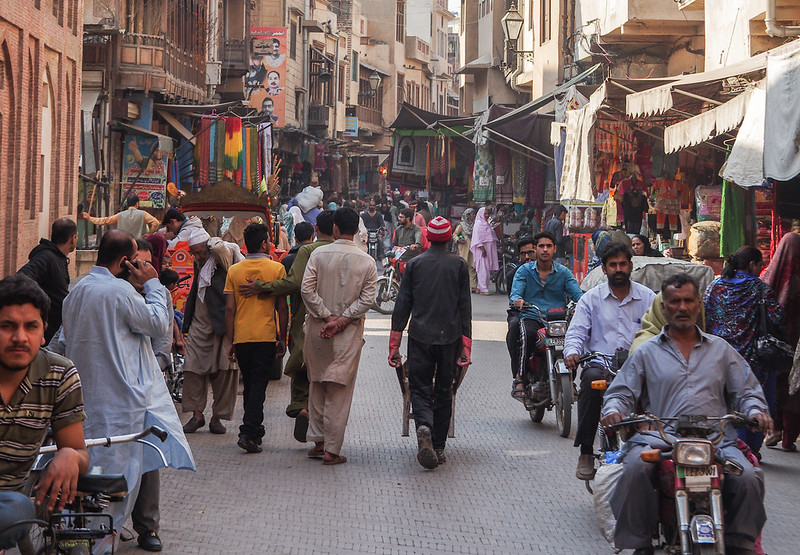 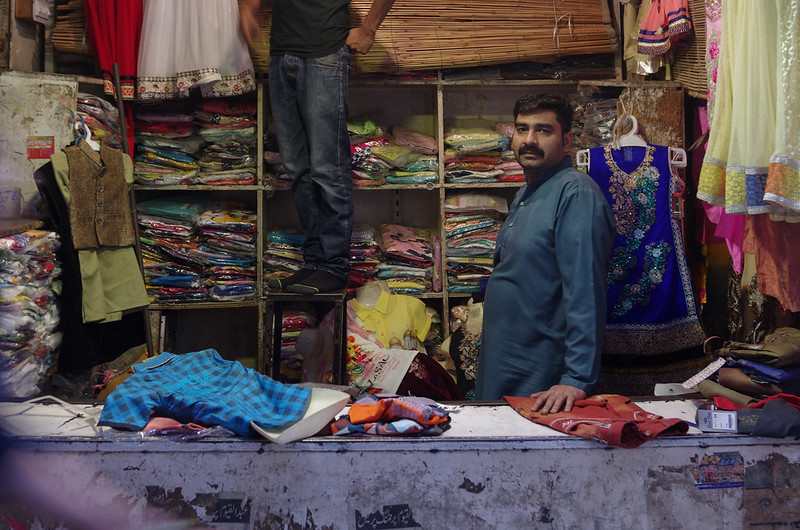 a textile shop in the royal trail in lahore

The area also offers a microcosm of commercial life in Lahore and within that street, you can find a range of items including apparel, jewelry, carpets and plenty of street food. You’ll also encounter people from all walks of life and even from the minorities like the Pashtuns and the Multanis. They can be spotted in all sorts of exotic attire. Amid the curious stares I got, I found the place highly atmospheric. Many of the old buildings within the street have been renovated recently and look very picturesque. 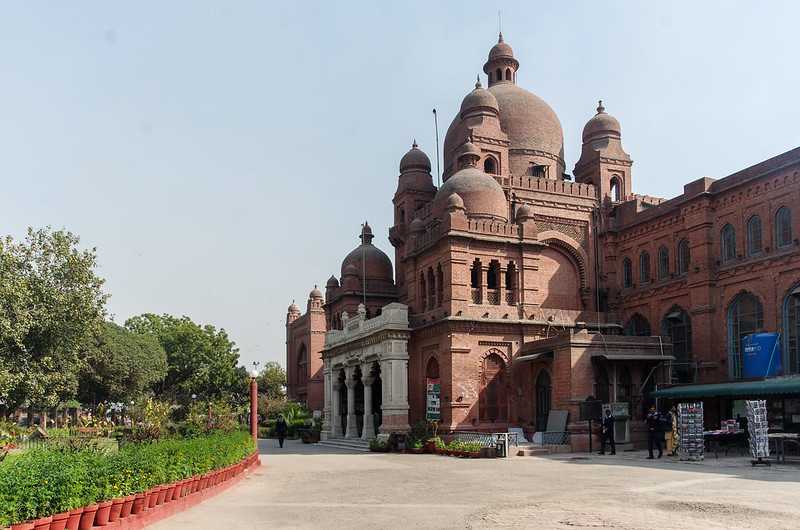 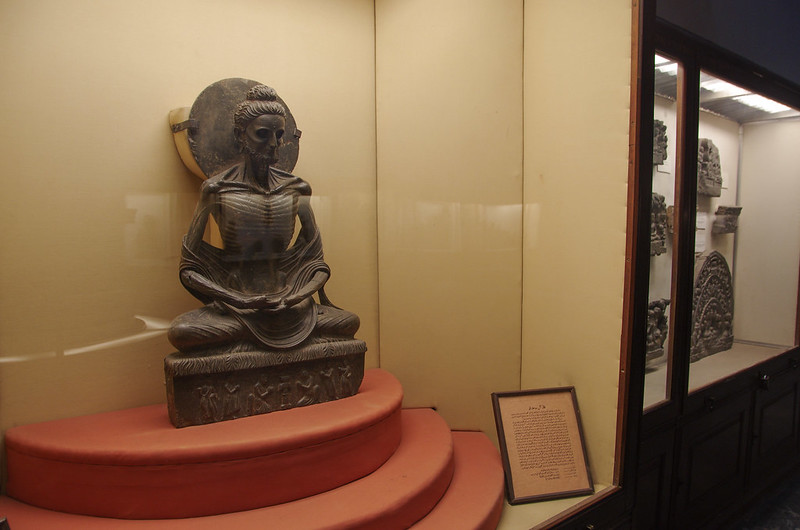 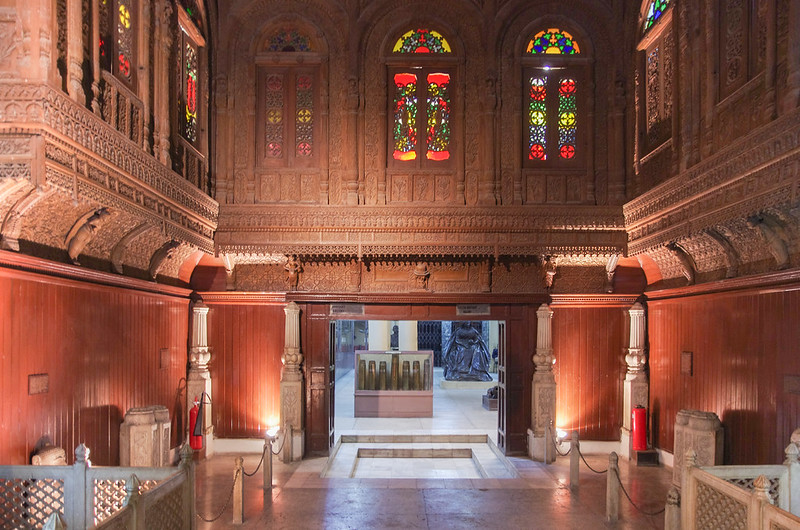 For a country that is overwhelmingly Muslim, it perhaps comes as a surprise that Pakistan is home to plenty of ancient Buddhist ruins. Places such as Taxila and Mohenjo Daro predate the likes of Angkor Wat or Bagan by more than a thousand years and the area’s proximity to Central Asia has given rise to plenty of archeological findings. Many of the artifacts have been destroyed over the centuries as Islam forbids the worshiping of statues. Today, the best place to see these cultural treasures is at the Lahore Museum (daily except Friday, 9AM to 5PM). I am normally not into museums but seeing so many Buddhist artifacts in a place you totally don’t expect is truly something to behold. 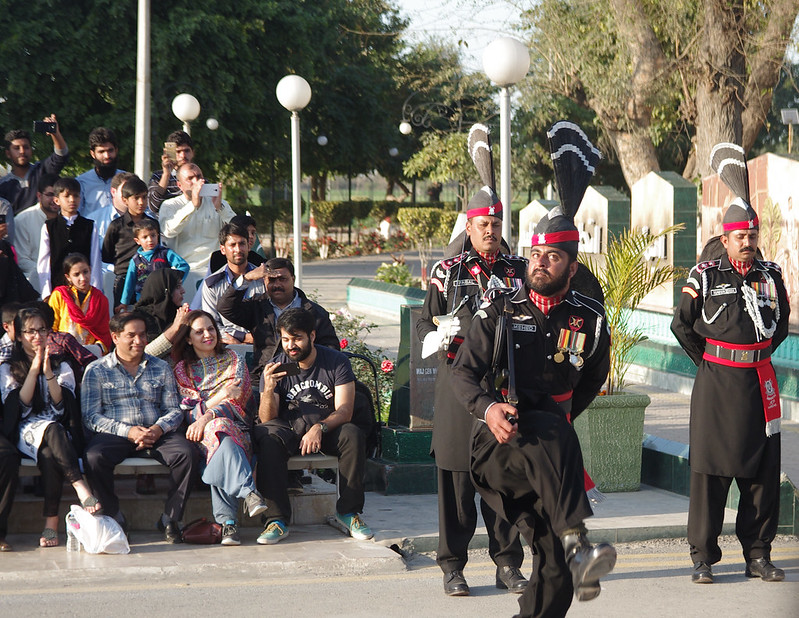 During my visit to Lahore, I made sure not to miss the Wagah border closing ceremony, a daily affair held at around 4pm Lahore time / 4:30pm Amritsar time. It is a highly colorful ceremony which symbolizes the intense rivalry between the two countries. 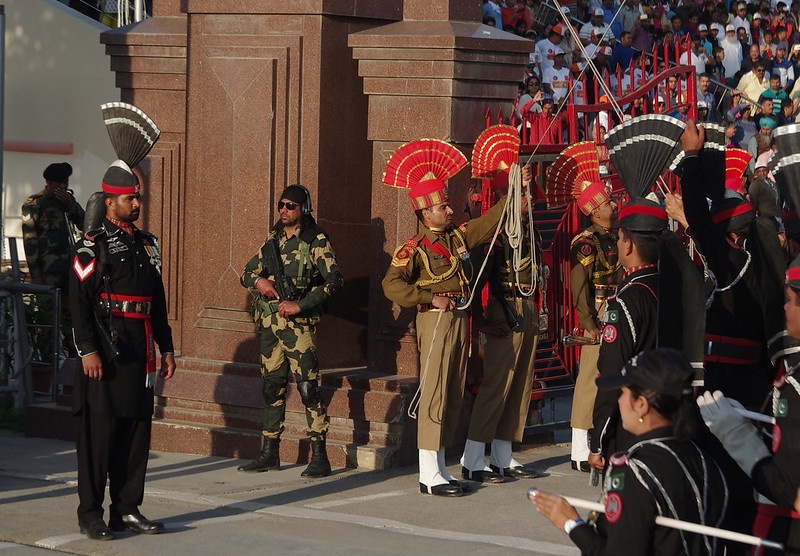 The ceremony can be watched from either the Indian or Pakistani side – as long as you have the requisite visas. The Indian side is typically a lot more crowded and livelier but if getting the best seats is your priority, there is a higher chance of getting one at the Pakistan side.

Most visitors arrive a good hour before the actual ceremony. There are a number of entertainers at either side lifting the mood. You’ll also see popcorn sellers. The highlight of the ceremony occurs when you see soldiers from either side of the border marching to the gate and kicking as high as possible with unbelievable flexibility. 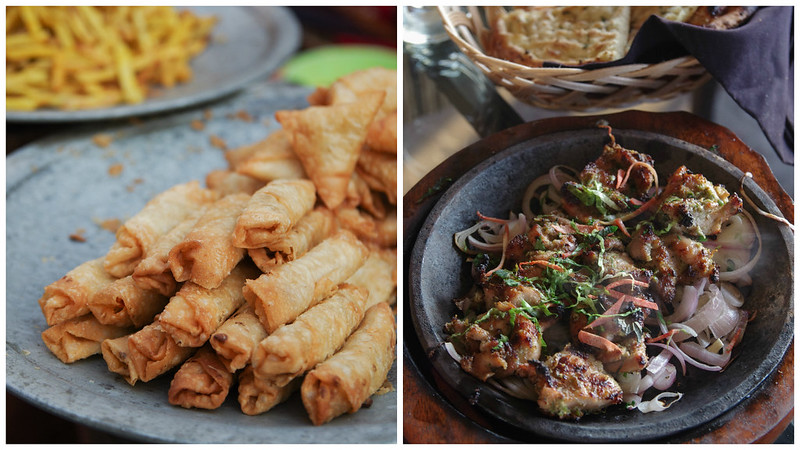 trying some of the local food – kebabs are a big thing here! 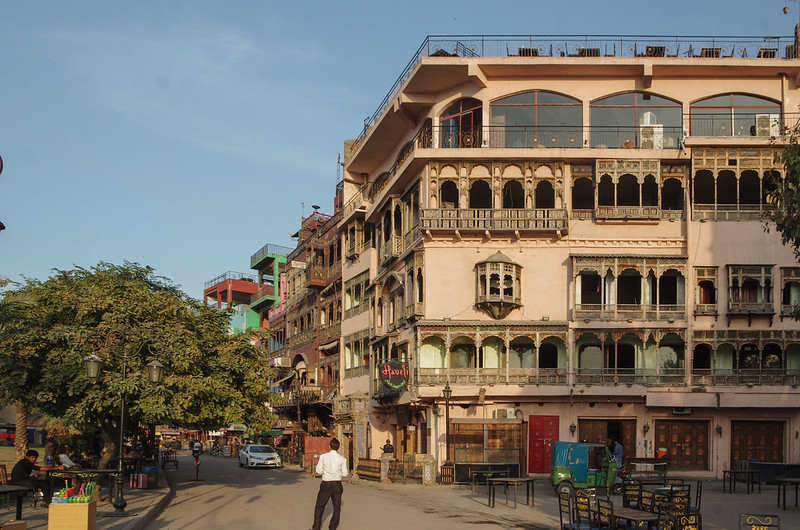 I spent the few evenings I had in Lahore in the atmospheric Food Street. There are a number of so-called food streets in the city including some really traditional ones. The one opposite the Badshahi Mosque is perhaps the most sanitized ( and expensive) version. 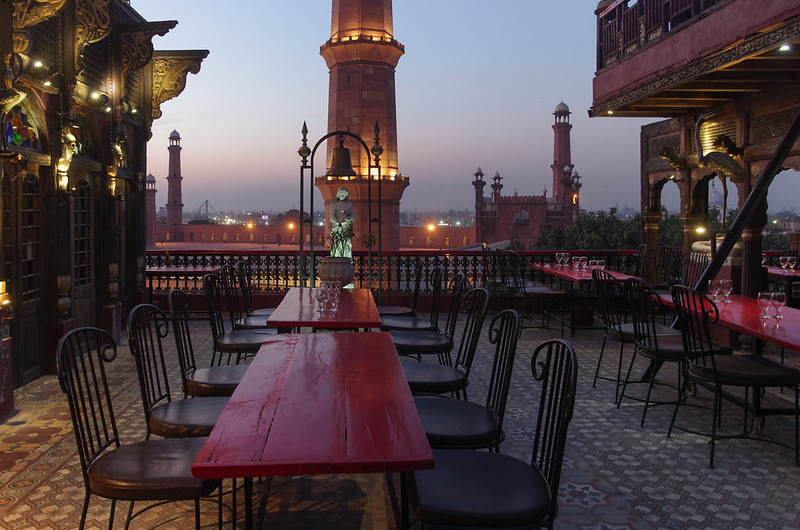 Cooco’s Den (daily, 12PM to 1AM) is the most well-known among the restaurants in this area and has been featured by media outlets such as Financial Times and by the Pilot Guides travel documentary when they visited Pakistan. Another option is Haveli (1PM to 1AM, starts from 9AM on Saturdays and Sundays) which is just next door. Food here is slightly cheaper than Cooco’s Den and the rooftop restaurant comes with an even better view of the Badshahi Mosque in the distance. Both venues serve Pakistani dishes so expect plenty of curry and kebabs.