Branching out from my previous entry on free things to do in Singapore, I thought I’d steer from mainstream activities and attractions and focus instead on some offbeat ideas. As a tiny and highly urbanized city state, people have a certain notion of what Singapore is and what it should be that seemingly mundane things elsewhere are considered highly unusual here. But aside from this, the city state is not as predictable and sterile as most people think – you might get thrown off by the city’s state quirkier side, especially if you’re not from here! To prove my point that not everything is what it seems in this city, here is a short list of unusual things you can do the next time you find yourself in this part of the world and which you can include in your Singapore itinerary: 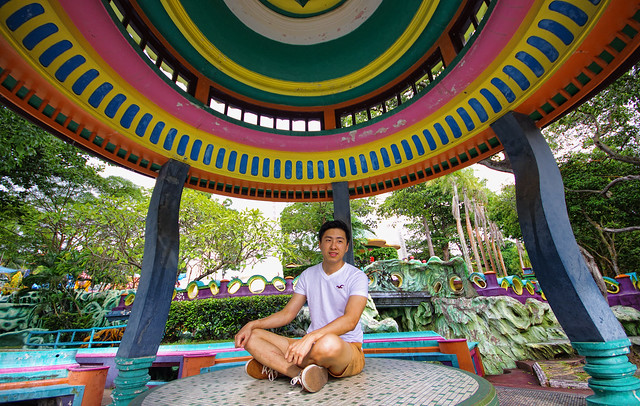 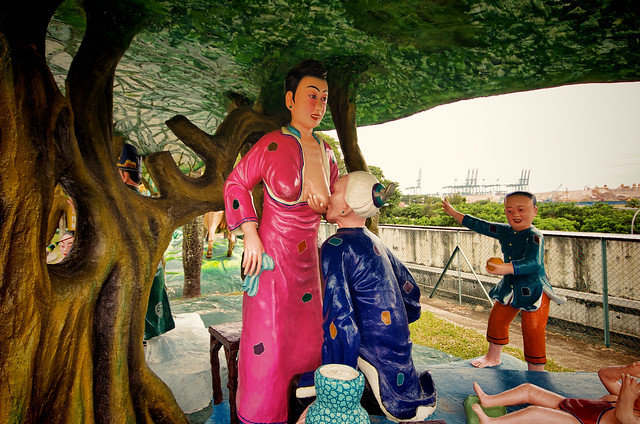 One of the weirdest attractions in Singapore, Haw Par Villa is well known for its Ten Courts of Hell. Here, the types of punishments that one can expect to receive for committing various sins are vividly depicted. These are no ordinary comeuppances mind you – from bodily dismemberment to being thrown into a “valley of knives” – the dioramas here make for some truly gruesome scenes. 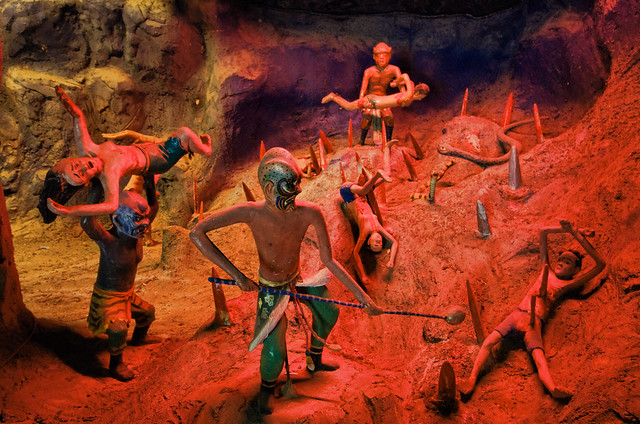 It is less gruesome in the areas outside the Ten Courts of Hell but certainly no less bizarre or graphic. Random statues of animals coupled with depictions of prominent Chinese folklore added with a tinge of Alice in Wonderland makes this rather neglected theme park an interesting side of Singapore. If your impression of the city state is one where everything has an order and purpose, then Haw Par Villa will blow your mind.

How to get there: Thanks to Singapore’s new Circle Line, getting here is a breeze. Your best bet is to take the train. There’s a station that goes by the same name located just beside the park.

#2 : Kayak through a mangrove forest in the Singapore mainland 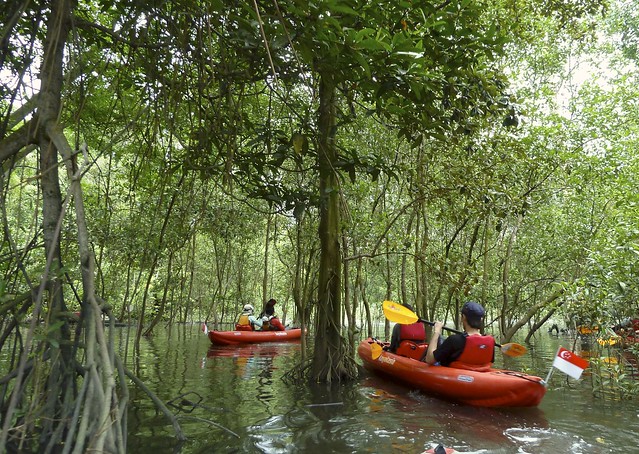 Believe it or not, it is very much possible to have an authentic jungle experience without ever having to stray away from the Singapore mainland. Even locals and long-time residents will find this surprising, but a stretch of Singapore’s northern tip is still covered by mangrove forests. The vegetation is best seen by kayaking through two rivers – the Sungei Mandai Besar and Sungei Mandai Kechil – giving off a semi-Amazon rainforest feel. There’s also a bit of wildlife in these parts, including horseshoe crabs and the occasional sea eagle.

How to get there: Trips are organized by the Nature Society of Singapore and are often open to the public. For the latest schedules, you can visit their site here.

#3 : Scuba dive without having to leave the country

Before you think I’ve gone bonkers – I’m not here to give a lecture on how Singapore is an up-and-coming diving destination, or even a great one at that. But given the public perception that Singapore is 100% urban, the mere fact that it is actually possible to dive here makes for an interesting subject. 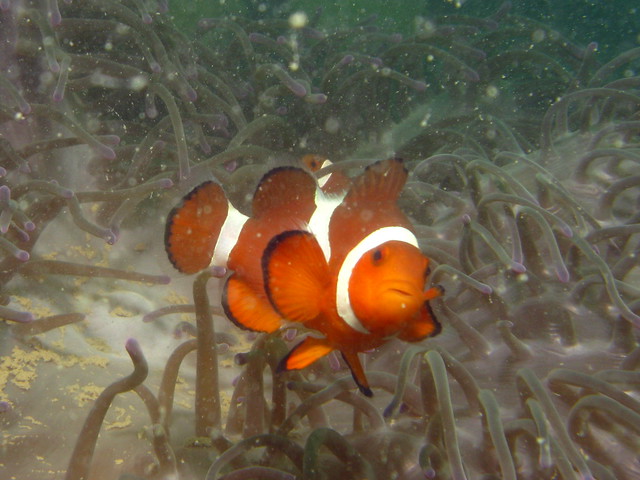 marine life at the waters around pulau hantu by Min Sheng Khoo | CC by 2.0

The one place that divers go to if they wish to dive in Singapore is Pulau Hantu (translated as: Ghost Island). On good days, divers can actually spot clownfish, crabs, sea slugs, starfish and even seahorses as well as giant clams. This diving spot may not compare to the seemingly pristine ones in Thailand or the Philippines but it’s passable and offers a good alternative to those who prefer not to leave the country or those looking for off-the-beaten-path diving spots.

How to get there: You can book for scheduled diving trips to Pulau Hantu here.

#4 : Go for drinks in a password-only bar 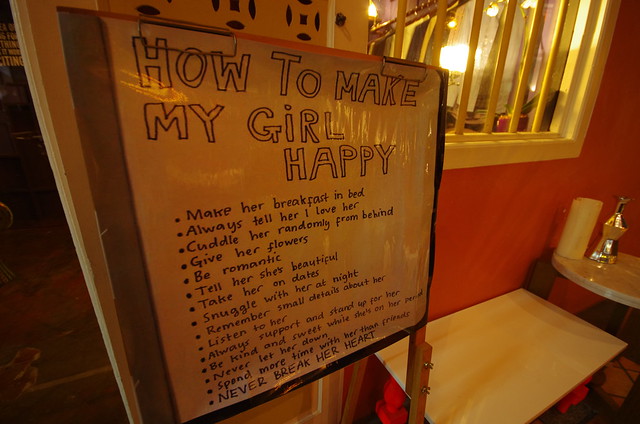 In the list of ever-growing F&B concepts in Singapore, the one I’ve found most unusual is that of a password-only bar located in Keong Saik Road. Traditionally called The Library (it’s never really had any formal name), the password needed to access this speakeasy changes every week. Those who manage to get in won’t be disappointed, with the many creative concoctions served in equally creative mugs (if they can even be called that!) that seem to be peculiar to this establishment.

How to get there: The Library is located at Keong Saik Road. Passwords are dished out on a weekly basis from their facebook and twitter pages.

#5 : Scout for personal treasures at the flea markets 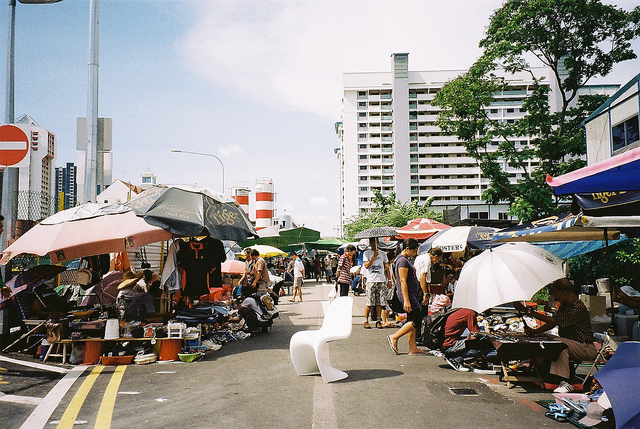 the thieves market by Ng HK

Given that malls and big chain brands have practically dominated the retail market here, it often comes as a shock to newcomers and tourists that Singapore has a thriving flea market scene. The most popular one is the Sungei Road Thieves Market which has existed for decades. Hipsters on the other hand, will find the Sunday Artist Market in Ann Siang Hill and MAAD Market in the Red Dot Museum more to their liking. 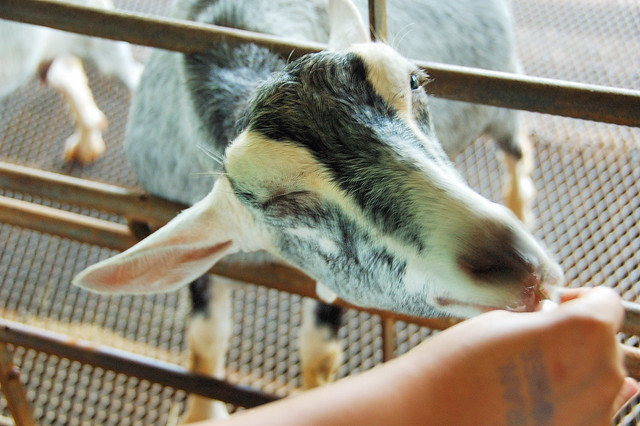 feeding the goats by Kenneth Pinto | CC by 2.0

For a throwback to the simple life, head out to Kranji, in Singapore’s northwest. In this remote and most rural part of the island, there are no less than a dozen farms growing anything from vegetable and farm produce to ornamental flowers. You can even find farm animals here.

How to get there: Cars are advisable around these parts. Else, the nearest MRT station to the farms is Kranji MRT. There is a shuttle bus that takes visitors around the farms from the MRT station on an hourly basis.

#7 : Camp in a deserted island

clear waters in one of Singapore’s outlying islands

There’s more to the outlying islands than just Sentosa. For starters, there’s Kusu and St. John’s islands which are further afield and are accessible by ferry. You can find temples, beaches all to yourself, picnic spots and places filled with myths and folklore. It’s possible to stay in these uninhabited islands overnight, gazing at the stars and at the Singapore skyline in the distance.

How to get there: Read my guide on Kusu Island and St. John’s Island. 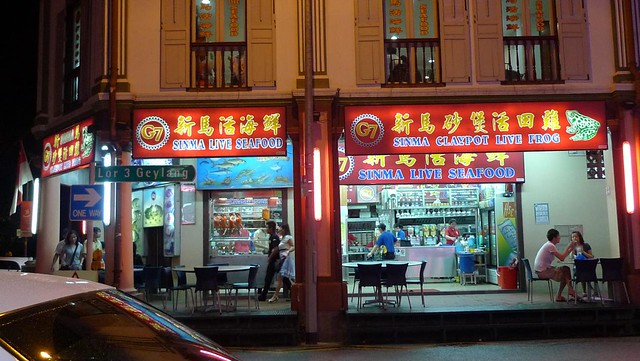 Eating frogs is not so much an unusual thing to do for locals as it is for foreigners visiting or living in Singapore. With several stalls that abound selling nothing but frog porridge (most of them in Geylang), this is perhaps the most accessible “exotic dish” that one can try in Singapore.

How to get there: The red-light district of Geylang is the most popular place to try frog porridge. Alight at Aljunied station and walk towards Geyland Road. You can’t miss these stalls, often with bright neon signs.

Where to Stay in Singapore

Budget – Wink Hostel is one of the first flashpacker hostel to open in Singapore and until today remains to be generally considered as one of the best. The dorms take on the names of local tree species. Each guest gets his own “pod” containing a bed, charger as well as storage space. The beds are more private than your usual hostel.

Midrange – I can’t recommend Hotel Yan enough. Rooms are on the cozy side but are clean while breakfast at Cafe Nido is generally excellent. The surrounding Jalan Besar neighborhood is also among my favorites in Singapore with its hipster scene.

Luxury – Generally considered as one of the best luxury hotels in Singapore, the Mandarin Oriental Singapore is one of just two hotels with an unblocked view of Marina Bay. Service here is impeccable. Check out the club lounge during your stay – you may not want to leave after that!

Not sure where to stay during your visit? Check out this area by area guide of the best hotels in Singapore or book the best hotel deals HERE.

What are some of the other unusual things that you can do in Singapore? I’d love to hear your suggestions!