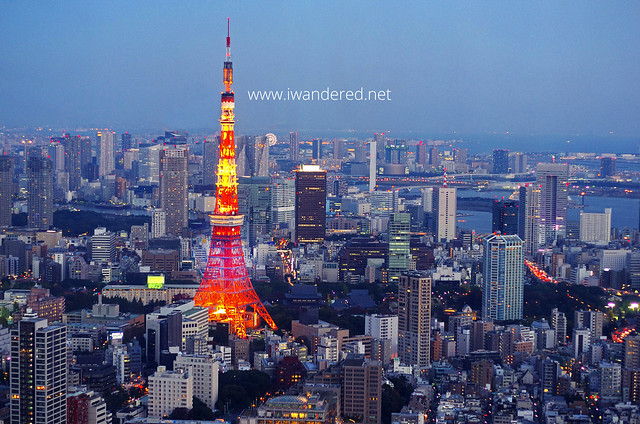 With only one day to spend in Tokyo last week, I wanted to make the most out of my short trip. This was my second visit to Tokyo, after an absence of what must have been almost a decade. As I did not have time on my side this time, I thought I could skip the usual tourist sights such as the Sensoji / Asakusa Kannon Temple, the Imperial Palace as well as Odaiba and focus instead on the sheer urbanity of the megalopolis. There are a lot of things to see in Tokyo and I did not want to make the mistake of getting overly ambitious. In the end, I highlighted just four places and stuck to it.

Taking in the best views of Tokyo 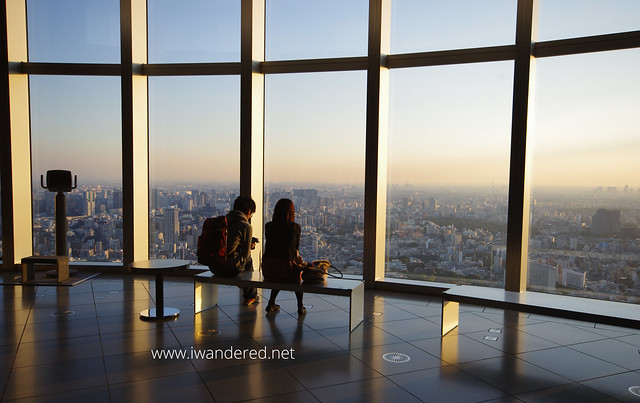 The Tokyo Sky Tree may be the dominating structure in the city but the best views can still be had from the Tokyo City View (from 1,500 Yen) in Mori Tower in Roppongi. I visited in late afternoon in order to witness two scenes – one in the day and one in the night. While the former was spectacular during the sunny afternoon that I was there, witnessing the same view at blue hour left me in sheer delight. Beyond the shimmering lights emanating from the buildings and the roads down below, it was the Tokyo Tower, standing in isolation in her reddish glory, that really grabbed my attention. 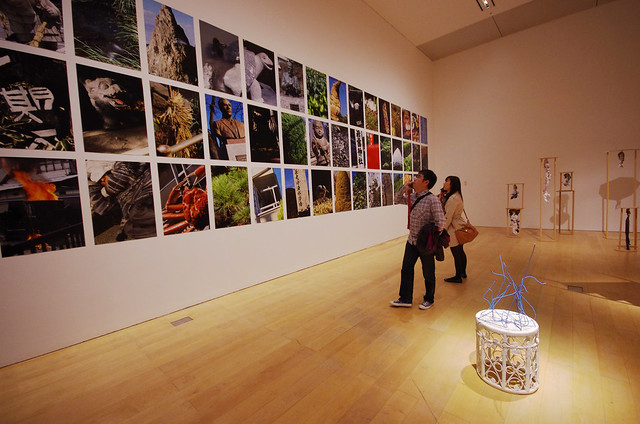 Aside from the fantastic view, the Tokyo City View also houses the Mori Art Museum, with its exhibition of dazzling modern art pieces that I just couldn’t begin to comprehend. Among the noteworthy pieces found inside as art installations are a plastic chair (it was so unassuming I almost sat on it!), post-modern reflections on the great earthquake and tsunami, paintings and even films. Admission here is free with with the ticket to Tokyo City View. 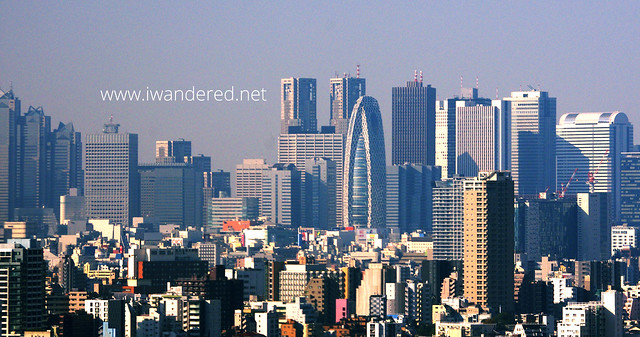 As an alternative to the Tokyo City View, another place to take in spectacular views of the metropolis is the Bunkyo Civic Center. To get there, I alighted at Korakuen station. With no admission fees, I dare say that this is the best place to get a Tokyo city view during a clear winter morning. Looking towards the west, Mt Fuji is sometimes visible beyond the towering almost-artsy skyscrapers of Shinjuku. I was there on a sunny autumn’s day but apparently it wasn’t clear enough to see Mt Fuji in the distance. But the view was nonetheless awe-inspiring. I could see just how dense Tokyo was. 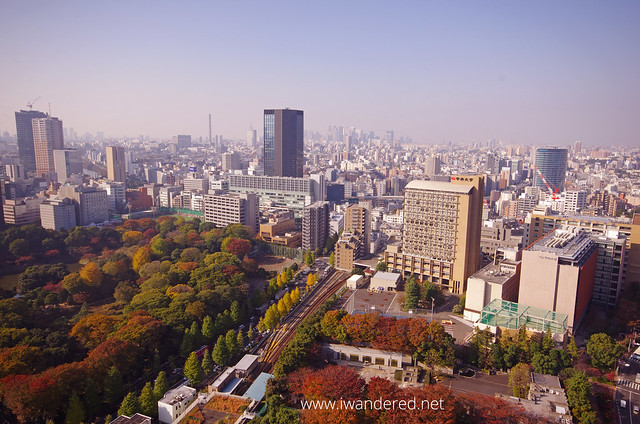 a view of the skyline of bunkyo ward

While the view here is not 360 degrees, there are great lookouts towards the western and northeast parts of the city. The towering Tokyo Sky Tree can also be seen here in all its glory, from the 25th floor of the Bunkyo Civic Center. 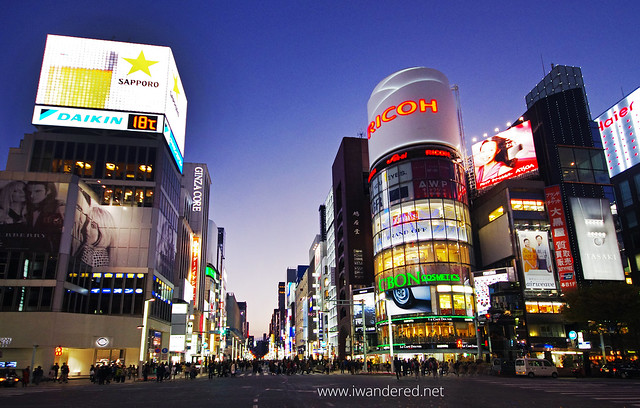 It wouldn’t be Tokyo without its trademark neon lights that come in more colors than one could ever imagine. A walk down the famous crossroads of Shibuya and Ginza for instance, reveal an unparalleled urban energy. Tokyo is such a fascinating city, ultra-modern on the outside and deeply traditional on the inside, that these walks always lead me to unexpected discoveries. If it’s being sold in a market anywhere in the world, chances are I could find it in Tokyo. 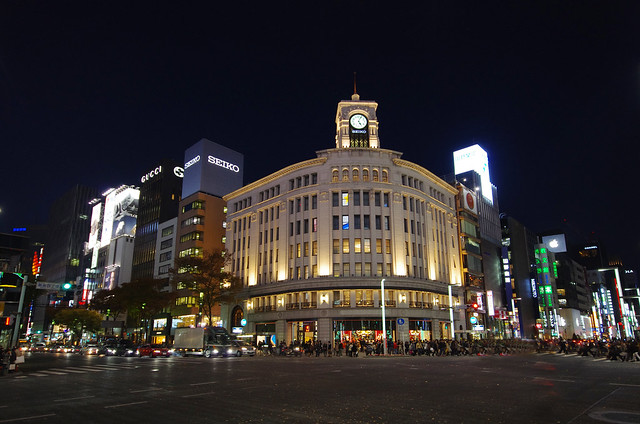 the iconic wako department store building in the ginza

Walking around Tokyo is a mostly pleasant affair (as long as it’s not during the summer) and the city is surprisingly safe and clean for its size. Add to that a very polite populace and there’s practically no excuse to stay indoors here on a pleasant day.

Finding my own zen in Tokyo’s many parks 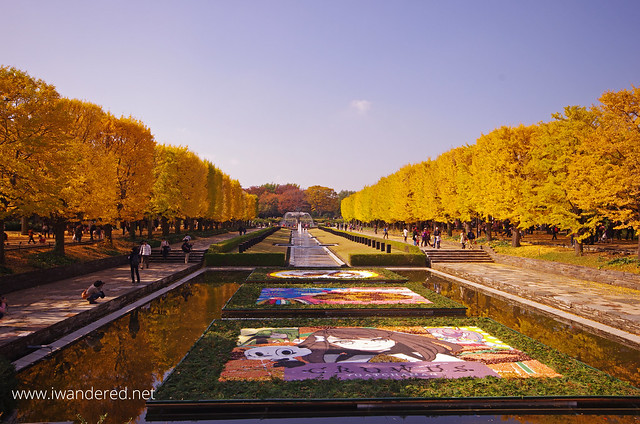 For a city where space is at a premium, Tokyo has a surprisingly good number of parks. It was a good thing then, that I went for Showa Kinen Park in Tachikawa, which was absolutely majestic in autumn.

Despite being very modern, it occurred to me that many Tokyo-ites still appreciate the simple things in life – open spaces, autumn foliage, nature – that I was swayed to it in no time.

Have you been to Tokyo? What would you do if you only had a day to spend there?