A city with sleek infrastructure, tall buildings and manmade wonders; Singapore is an urbanite’s dream. By day, many of the city state’s attractions gleam in the sun but it is at night that they show their sleeker and more sophisticated side. Many of Singapore’s most iconic buildings and attractions present a whole new dimension when viewed after the sun sets. This is due mainly to the fact that the government here has invested a lot in putting in accents such as flood lights and laser shows to delight the ten million or so tourists that visit each year.

If you’re visiting Lion City soon, make sure you have a full charged camera to take photos of these beautiful spots. Having the correct travel adaptor for Singapore is crucial to ensure that you can charge your camera safely during your visit. Aside from that, you can check out this guide from Electrical Safety First which shows you the best travel adaptor to use for many countries around the world.

Without further ado, here are some of the top sights to photograph in Singapore at night: 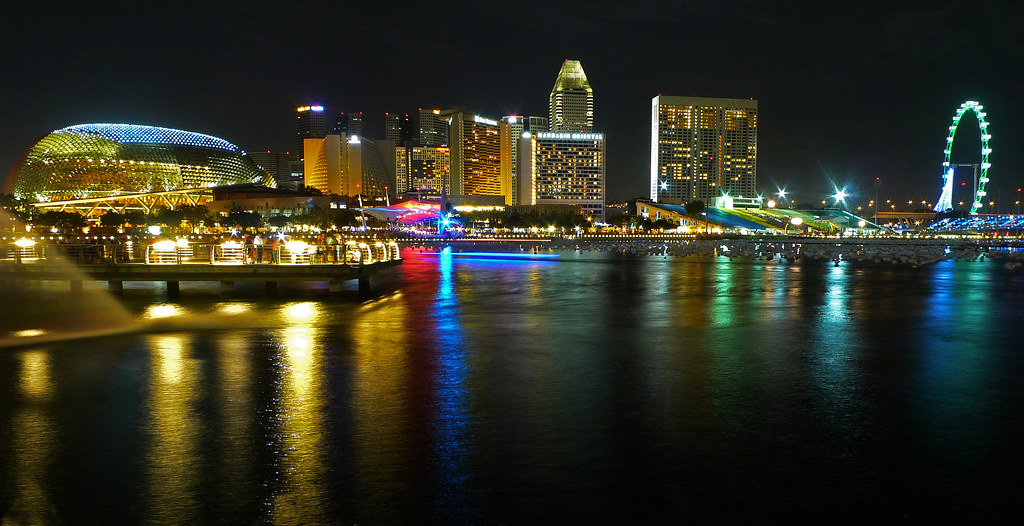 Affectionately known as the “big durian,” the Esplanade is a concert hall located near the mouth of the Singapore River. The building is known for its aluminum cladding which gives the structure a prickly look and thus the name. The angle at which the claddings are placed against the surface create a sparkly effect at night when the building is floodlit. Against the surrounding buildings, it makes for a delightful view. 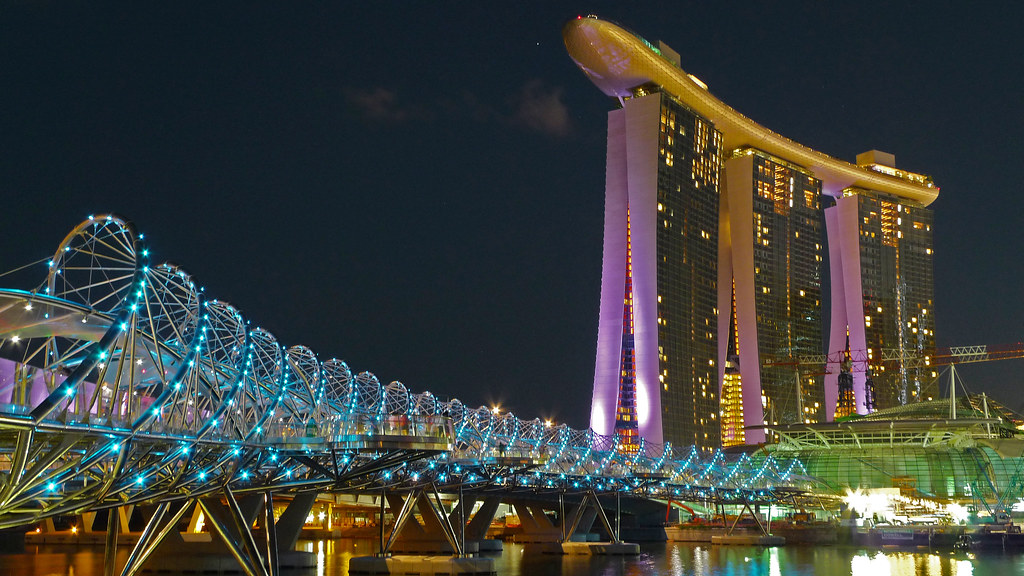 As Singapore’s most iconic building, the Marina Bay Sands perhaps doesn’t need an introduction. Most people are familiar with the resort’s rooftop infinity pool which has been featured in countless magazines and TV shows. Not so many people though are aware of the nightly light shows that occur just outside the complex. I’ve had my fair share in dealing with this cluelessness – I tried asking a number of passers-by and folks working around the area for the schedule and none of them could give me the correct answer. Those who stick around at 8pm, 9:30pm (daily) and at 11PM (Fridays and Saturdays) are rewarded with a stunning 13 minute visual cum musical feast. You can check out the integrated resort’s website here for the latest schedules.

Gardens by the Bay Just around the corner from Marina Bay Sands, the Gardens by the Bay is another must-see at night. The dazzling Garden Rhapsody which is held daily at 7:45 and 8:45 in the evenings in Supertree Grove is probably the most stunning light show I have ever seen in Singapore. 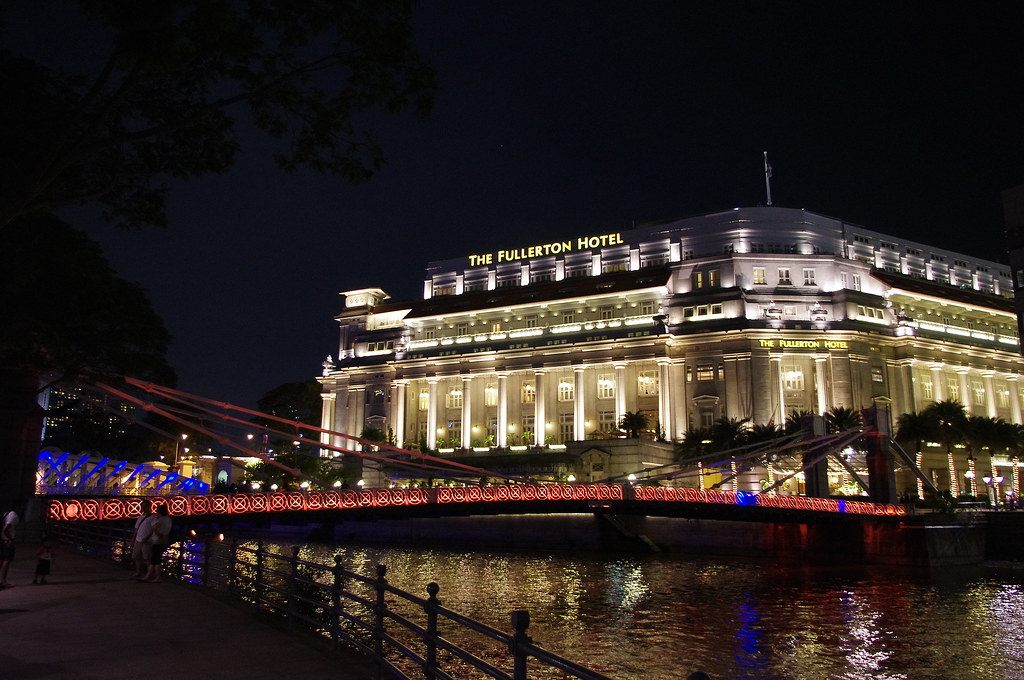 Officially gazetted as a national monument in 2015, the building where Fullerton Hotel now stands used to be the General Post Office. It also had its stints as the headquarters of the Singapore Club and the Inland Revenue Authority of Singapore prior to getting converted into a hotel. Today, the building is known for its neo-classical features and distinctive gray color. 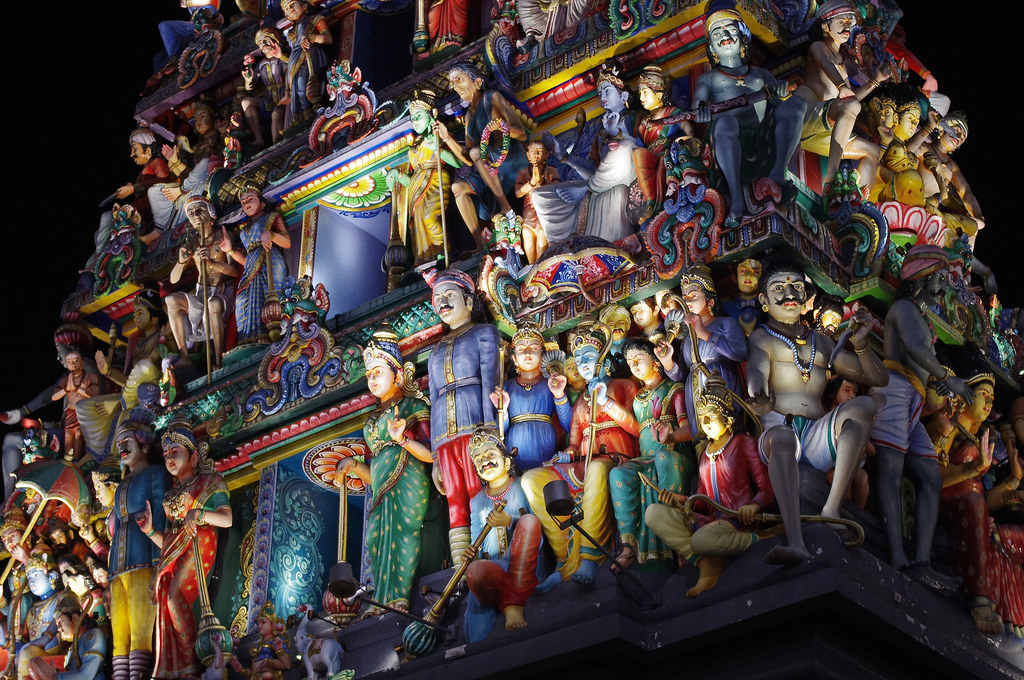 Singapore’s oldest Hindu temple, this iconic building in Chinatown is one of the top attractions of the city. It’s especially busy in the day when hordes of tourists enter the premises to have a look at locals going about their religious activities. Few come here in the evenings when the temple’s intricate gopuram is floodlit, with its colorful sculptures enhanced further by the light. 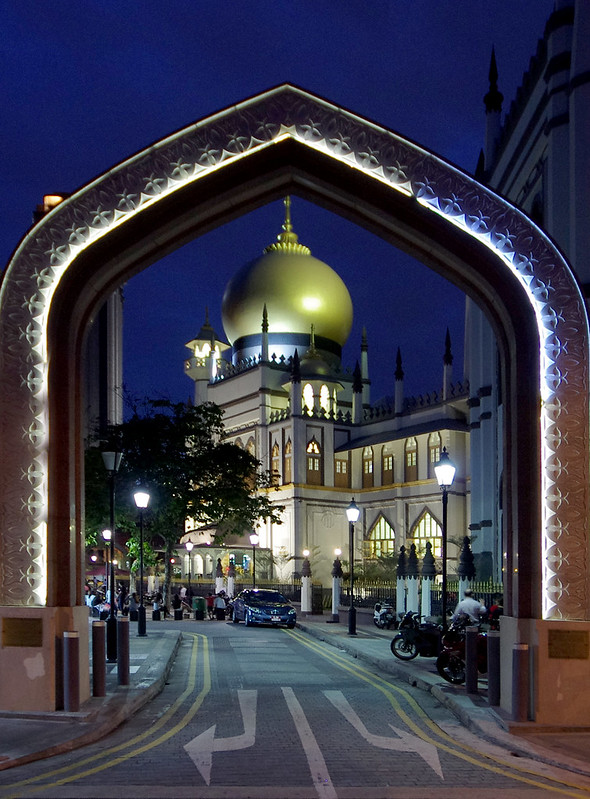 Another star attraction in Singapore, I particularly like coming to Sultan Mosque at around 6pm to hear the call to prayer. It creates an atmosphere that is unmistakably exotic. Stay a bit more and watch the bulbous golden dome glitter in the evening sky.