The newest concept to open from the Les Amis Group is elan – an outlet serving modern French cuisine with a touch of Asian influence. Located in the same row as Les Amis, Mui Kee and other Les Amis concepts; the 48-seater restaurant is led by Philippe Pau who acts as the Restaurant Director as well as Chef de Cuisine Peter Teo. Chef Peter has had a colorful career with the group, having worked at the flagship Les Amis Restaurant and Bistro du Vin previously. 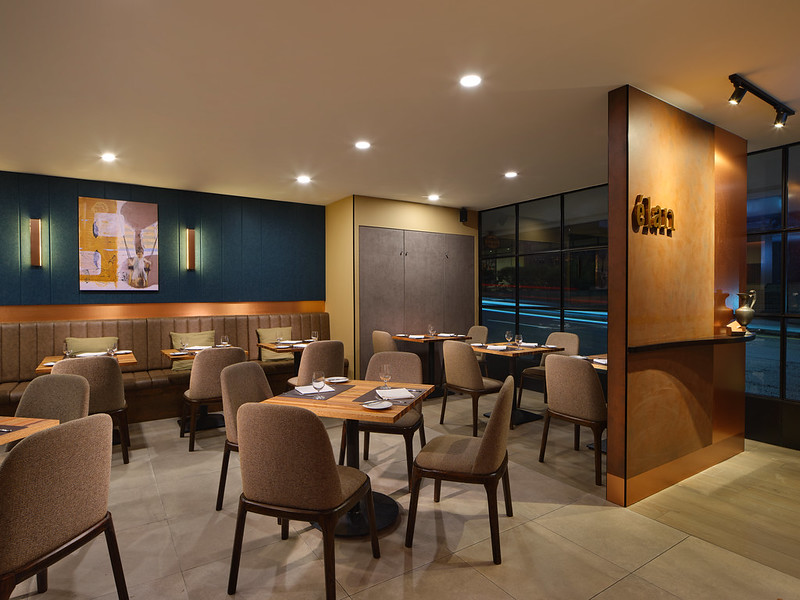 elan offers a set menu for lunch and an ala carte and tasting menu for dinner. The tasting menu consists of 5 courses and is priced at S$135++. During this particular occasion, I tried highlights from elan’s ala carte menu. 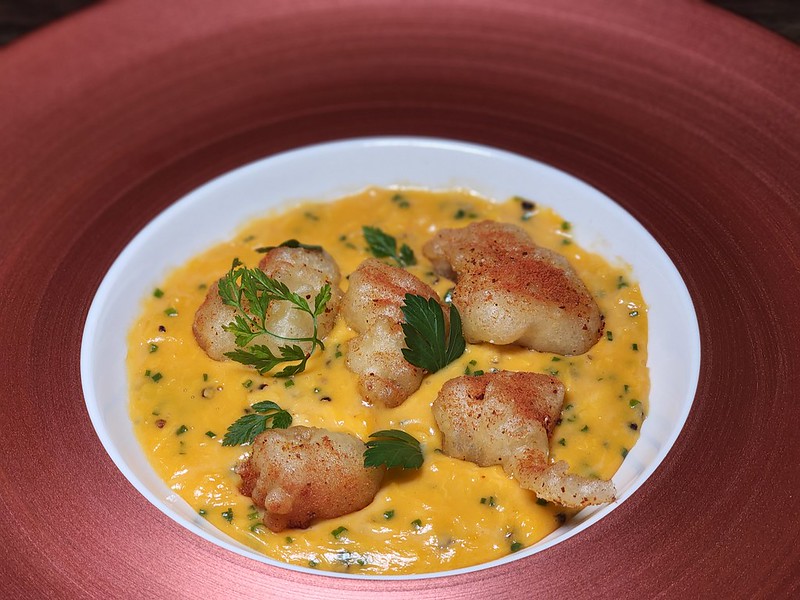 We started off with Frog Legs (S$34) coated with a light tempura batter with slightly tangy & spicy tomato powder and piment d’Espelette (Espelette pepper). The frogs are sourced locally and the legs were tender beneath the batter. You’d have to put a bit of the accompanying scrambled eggs / creme d’fraiche for flavor. 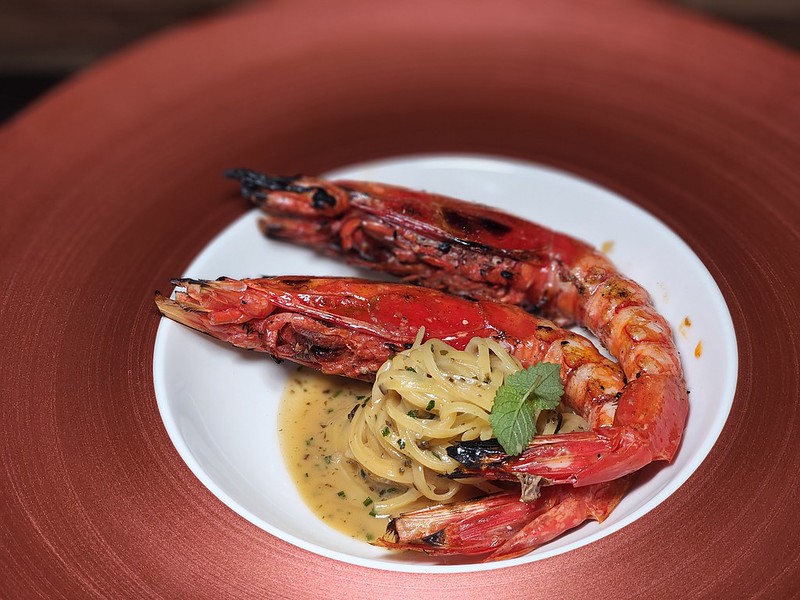 Among the two starters I had for dinner, I was more inclined to the Carabinero Prawns (S$42) served with tagliolini topped with sea urchin. The whole dish was simply brimming with perfection – from the juicy and plump prawns to the extremely bouncy texture of the homemade pasta as well as the briny umami. 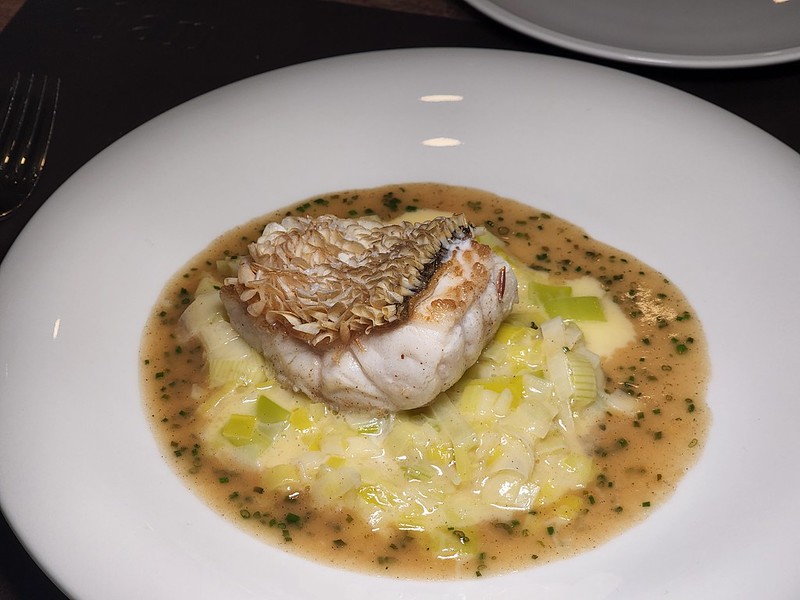 The Tilefish (S$65) possessed a distinctive crunch due to the retention of the scales on the fish. Although it was the crispy scales that proved to be the defining feature of this dish, I was more enraptured by the suppleness of the meat coupled with its sweet/sour and delicate flavor. 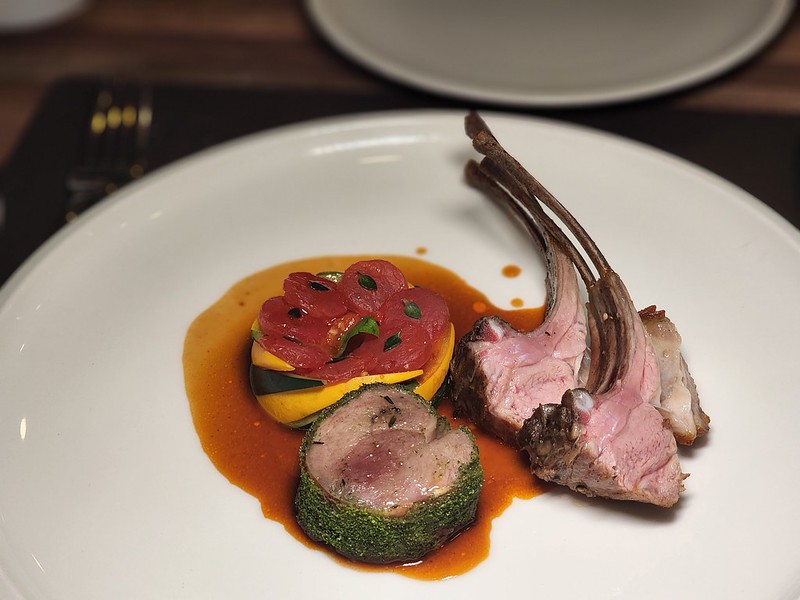 Another main I had was the Pyrenees Lamb (S$68) which is served two ways – the saddle and rack. Both parts lacked the gamey flavor which was a plus. However, I found the saddle a tad salty for my liking. The rack, however, was excellent. 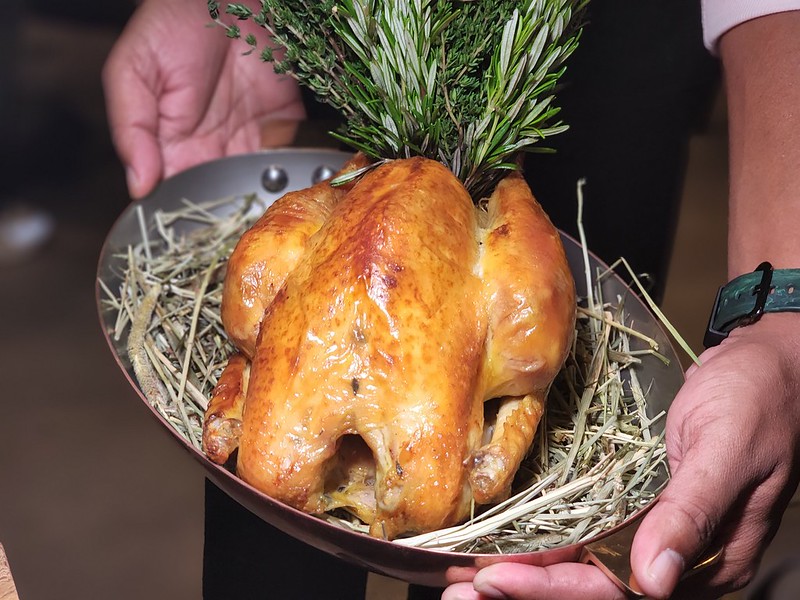 Among the mains, I most enjoyed the Aquina Pineapple Chicken (S$110 for 2). The chicken itself is marinated with butter and is fed pineapple enzymes, rendering it juicy even in portions that are typically dry such as the breast. The chicken also comes with jasmine rice which tastes like the local “chicken rice” as it’s seasoned with lemongrass, ginger, coriander, pandan leaves and chicken fats. 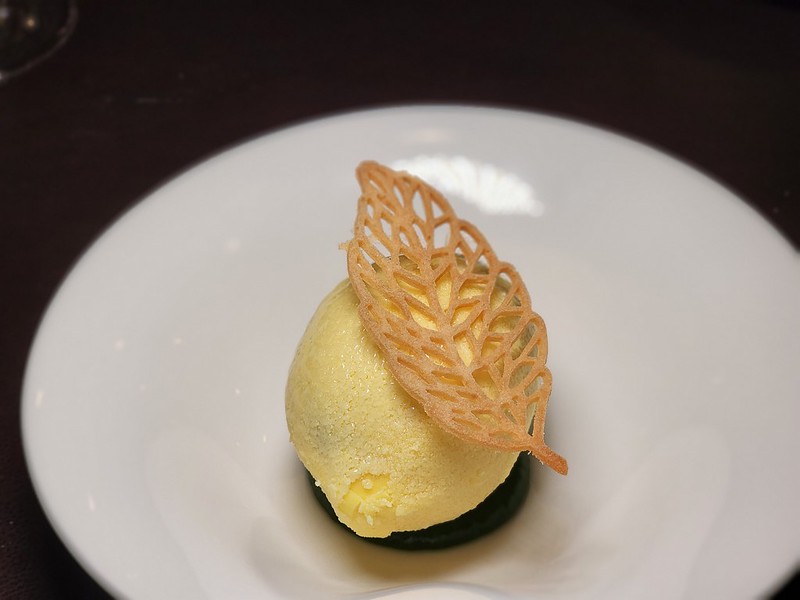 The Lemon (S$20) consists of a frozen lemon with the crust made with white chocolate. It’s meant to be cracked to reveal kaffir lime cream and lemon compote. It’s a rather citrusy end to the meal. 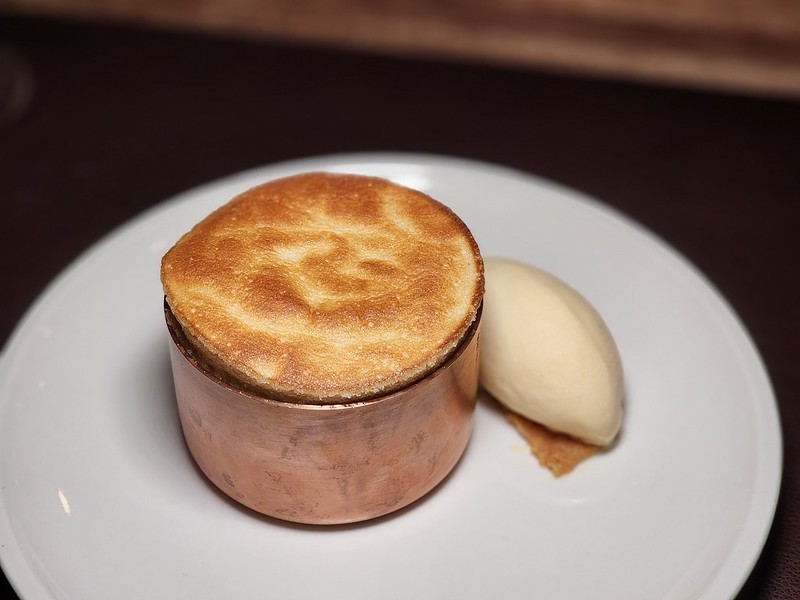 The Lychee Souffle (S$25) possessed a good melt in your mouth texture but I just was not used to having lychee flavor for this type of sweet ending. It’s more of a personal preference.

Overall, I enjoyed the food at elan – especially the starters and mains while I was less accustomed to the desserts. For those who put a strong emphasis on their wine, the restaurant offers a pretty good selection and they place a heavy emphasis on the diner’s preferences. Price-wise, it’s roughly in line with other restaurants of Les Amis Group.