Johor Bahru or JB in the southernmost state in Malaysia is just a causeway bridge away from Singapore annd as such, is heavily familiar to most Singaporeans. As a popular weekend getaway for shopping, food and leisure; Johor Bahru offers a cheaper alternative to the higher cost of living in Singapore. If like me you have been to this city several times and in need of some fresh ideas of things to do in Johor Bahru or JB, check out this easy to follow itinerary that you can do during a weekend.

One of the most pleasant areas to stay and to start your journey around Johor Bahru is the recently developed Nusajaya which ironically is in the outskirts of Johor Bahru. During my last visit to Johor Bahru, I stayed at the Hotel Jen Puteri Harbour Nusajaya which has the feel of an exclusive marina with yachts parked on the shore. You can easily glimpse Singapore from the higher floors and especially at the rooftop restaurant. 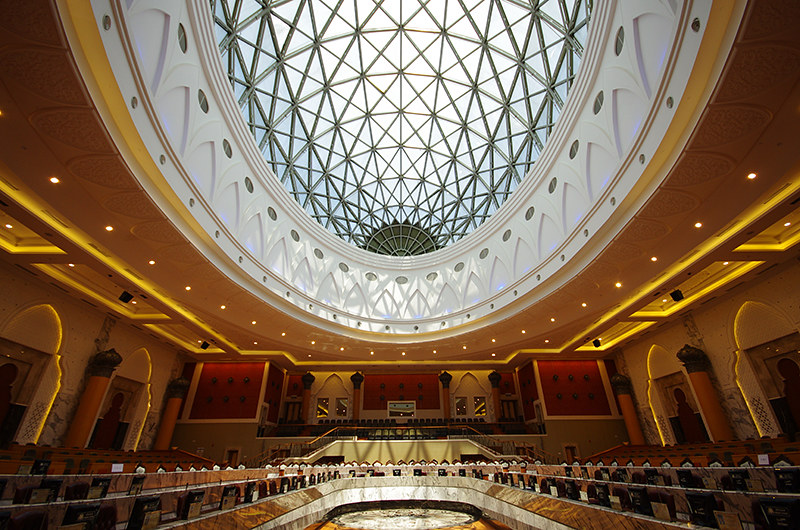 After dropping your bags, you can head to Legoland (discounted tickets here) if you have kids. Otherwise, the area around Iskandar Puteri (formerly Nusajaya) has a couple of interesting cultural attractions as well. Of note is the newer State Government Building of Johor which is open to the public through guided tours. Like the older Sultan Ibrahim Building in JB itself, the former has a distinct Moorish-Malay influence though its recent construction means that there’s none of the British colonial elements that its predecessor had. A short walk from here is the Masjid Negeri Kota Iskandar. 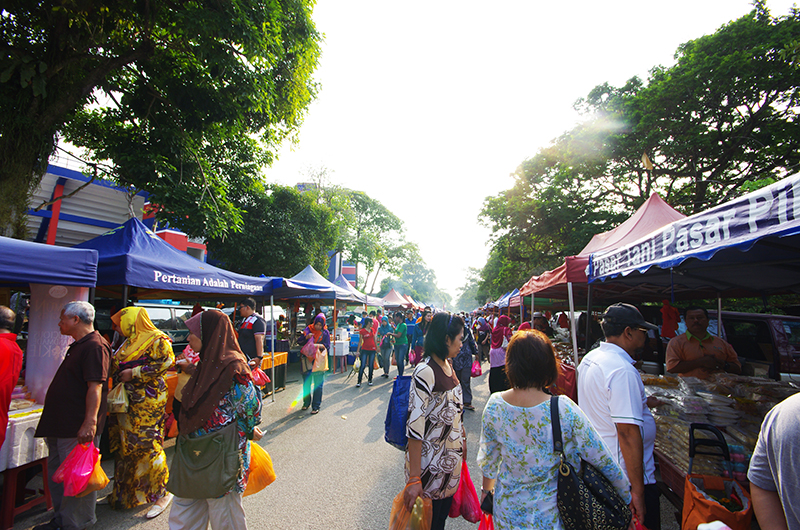 one of the weekend markets in johor bahru

Alternatively, if you are in Johor Bahru on a Saturday morning, you can check out Pasar Tani – the farmer’s market which is open only during Saturdays. Especially popular among Singaporeans for cheaper seafood and produce, you’ll need to come early. Most goods will be sold out by noon.

In the evening, a market to check out is Taman Ungku Tun Aminah Pasar Malam which is the largest in JB. It is open on Saturdays only from 6pm onwards. 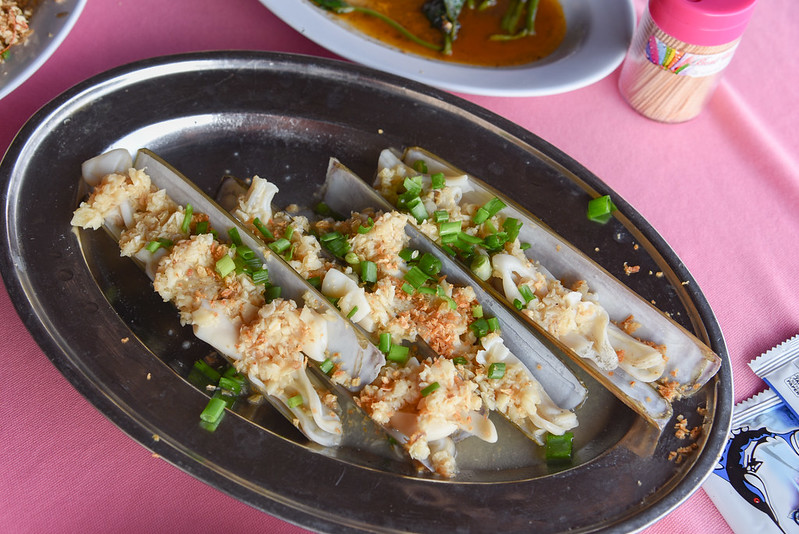 One of the most recommended places for seafood around Johor Bahru is Restoran Todak Orang Asli (open daily 11:30AM to 11:30PM). If you are heading here for dinner, try to come before 6PM to avoid the queue. The venue is famous for crabs as well as other live seafood. Despite its plain seaside setting, Restoran Todak does accept credit cards as well. 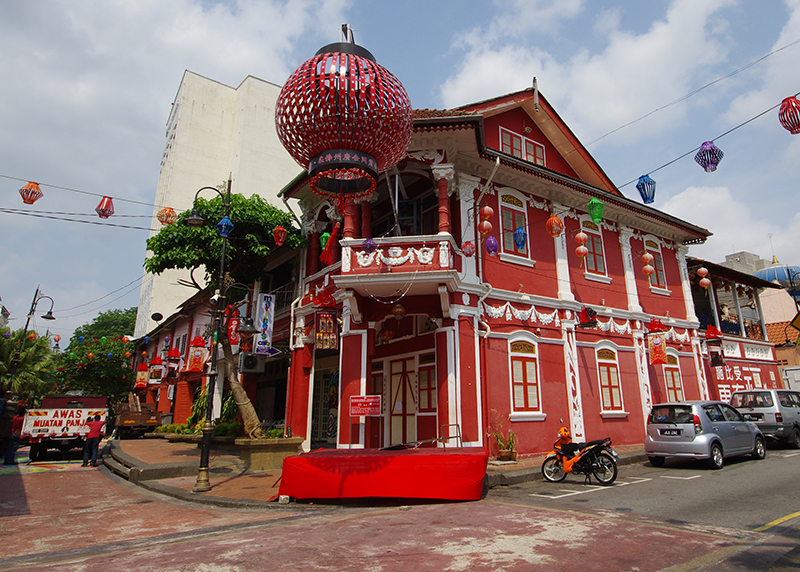 the old town of johor bahru

Start the day at the Hiap Joo Bakery and Biscuit Factory (open Mon to Sat 7:30AM to 5PM) and queue up for the venue’s famous banana cake. Located in the old town, you can also take a short stroll and explore the cafes and quirky shops that have opened recently in the area. You can also find some of JB’s best shophouses in the area including the photogenic Red House which has since been repainted white and turned into a cafe. 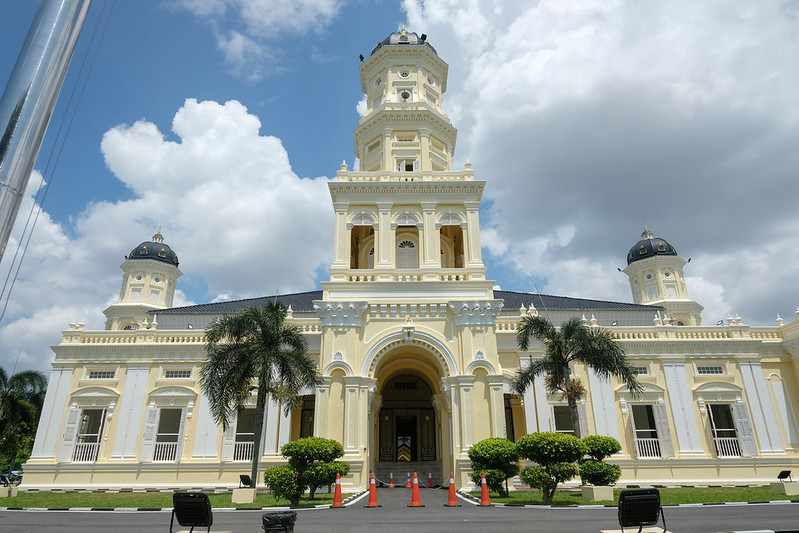 From here, it’s a short walk to the old administrative center of Johor Bahru where you can find the Moorish-inspired Sultan Ibrahim Building as well as the Zaharah Botanic Gardens. East of the gardens, the Sultan Abu Bakar Mosque is also a must see for its combination of Islamic and British architectural features. Non-muslim visitors cannot enter the main prayer hall but the exteriors here are the highlight. 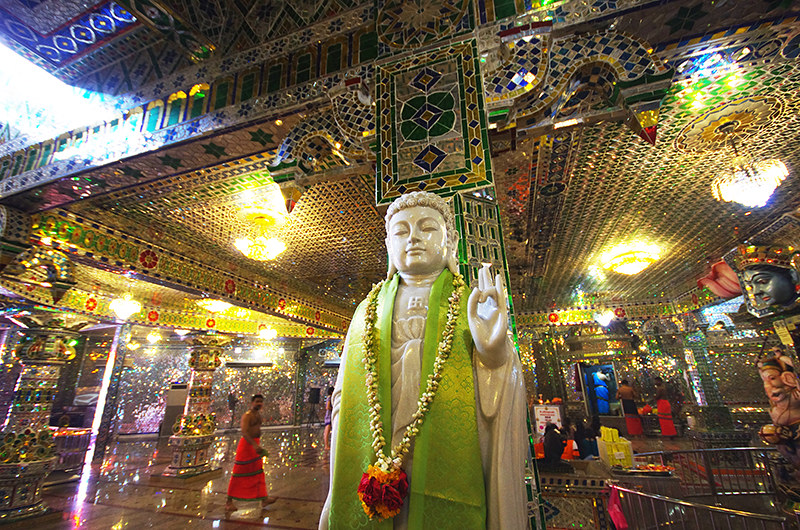 inside the glass temple

One of the less known attractions in Johor Bahru is the Arulmigu Sri Rajakaliamman Glass Temple (admission MYR 10). One of the major Hindu temples in the city, a must-see is the interiors which are filled with pieces of glass. You’ll also see some reminders of other faiths here. Statues of Jesus Christ, Buddha and even Mother Teresa are found throughout the temple.

If you enjoy the outdoors, you can also check out Pulai Waterfall located in Gunung Pulai Recreational Forest. On the way, you can also make a detour at the Istana Bukit Serene, the official residence of the sultan. While you won’t be able to enter the palace, you can check out the adjacent gardens. Of note is the crowned archway which serves as a symbol of royal prerogative. 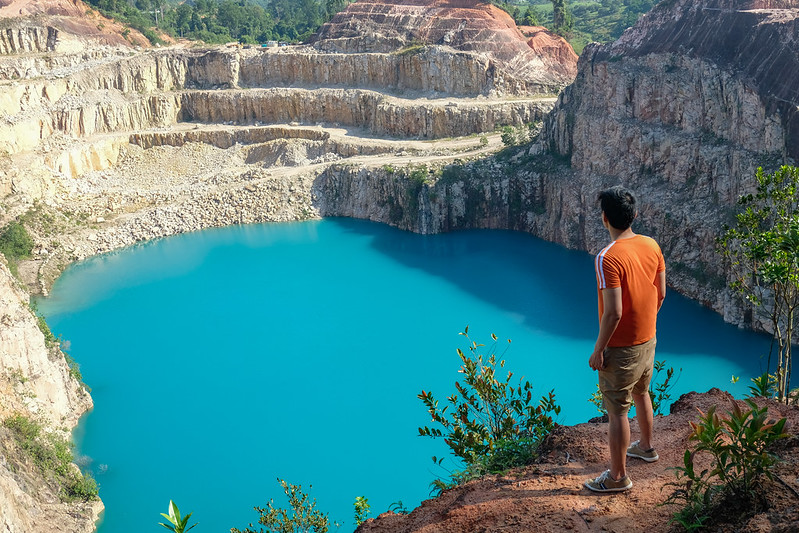 the blue lake at kangkar pulai in johor

A relatively new tourist attraction in the Pulai area is the Blue Lake of Kangkar Pulai. Located inside a quarry, the lake has a mysterious baby blue hue to it which is quite unusual for a lake in the tropics. To get here, you can take a taxi or a ride-sharing service like Grab which will drop you off at the parking lot. From there, it’s a 15 to 20 minute hike up some pretty steep slopes. The views are worth it. If you are coming here, try to arrive early before 9AM or after 5PM when it’s relatively cooler. Do note the path going up can be really muddy if you visit just after it rains.

A favorite activity of many Singapore residents visiting Johor Bahru is to go for massage. While there are several massage parlors around town, only a few are worth their salt. One I could recommend is Thai Imperial (201 Jalan Dato Sulaiman, +607 333 1355) which stays true to authentic Thai treatments. The therapists are mostly from Thailand and they offer soothing massages like aromatherapy, traditional Thai massage and foot massage. Expect to pay around MYR 100 for a one hour massage. They also serve complimentary red ruby dessert at the end of the treatment. Multiple locations of Thai Imperial can be found in town but I suggest going to the outlet near KSL Mall.

Getting to Johor Bahru From Singapore

There are a couple of ways to get to Johor Bahru if you are coming from Singapore. Here are the options, excluding having a private car:

My preferred way of getting around Johor Bahru and the surrounding towns like Iskandar Puteri (Nusajaya) is by a ride-sharing app like Grab. Fares in Malaysia are relatively inexpensive and you don’t have to worry about parking.

Where to Stay in Johor Bahru

The spanking new Holiday Inn Johor Bahru City Centre boasts of functional guest rooms decked in cheery colors. It is also connected to JB Sentral for easy access to transport hubs. A little bit farther out is Capri by Fraser Johor Bahru which is great for apartment style living. The property also has a club lounge.