Greenleaf Hotel Gensan is a refreshing welcome to the accommodation scene in General Santos City. Never has this city seen a deluxe hotel of such impeccable standards  until this six storey hotel opened its doors almost a year back. Located at the junction of San Miguel and J. Catolico Streets and just across a large mall in the form of SM Gensan, the hotel is well located slightly east of the traditional city center. 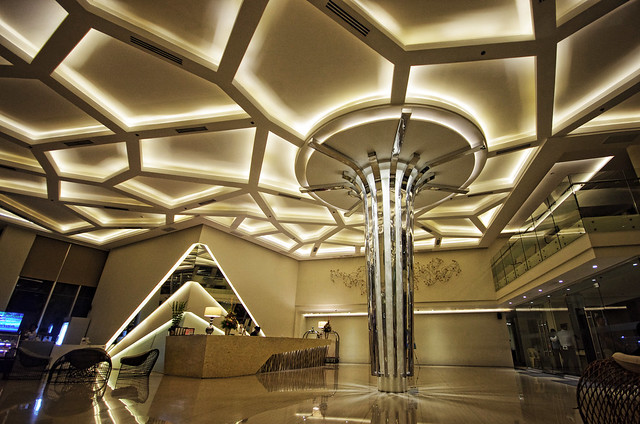 a post-modern concrete jungle – blown away by the interiors

Entering it for the first time, I was immediately transported to another world. By the looks of the lobby alone – with its grand piano, well-appointed lobby lounge, unique zig-zag patterns on the ceiling and showcase mural by GenSan local Leeroy New, Greenleaf Hotel Gensan could very well be mistaken for an upmarket hotel in any of the major capitals of the world. The lobby is envisioned to give off a feeling of urban lushness, true to the hotel’s green name – and a perfect contrast to the hustle and bustle of city life outside. 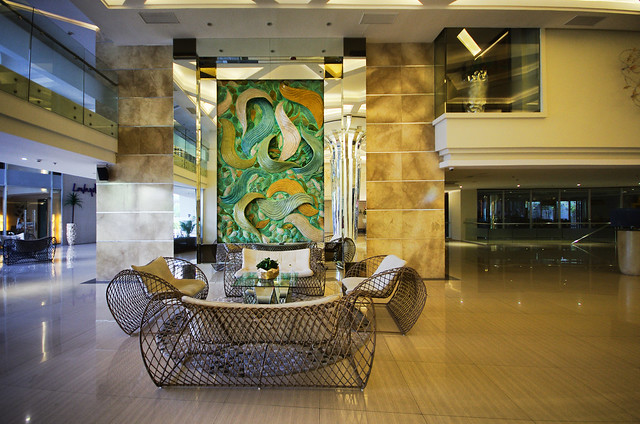 The rooms were no less impressive. I stayed in their most basic room category – deluxe – which already involved a large number of amenities for my consumption. My room was well-appointed with furnishings that looked to be of fine quality and gave off a mellow and relaxing vibe, thanks to the interior’s earthly tones and zen-like atmosphere. And to bring the zen point home, I was also surprised to find a small assortment of stones in my bathroom as part of the hotel decor! 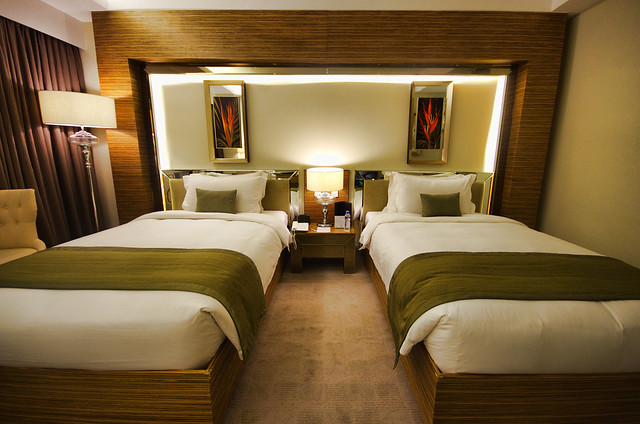 The hotel was able to blend the necessities of a business hotel with the warm touch required by the leisure market. The working desk was functional, with enough plugs for the laptop and whatever other gadgets that guests might bring with them. Wifi, which was available throughout the hotel, was lightning fast! It’s hard to believe that in this day and age, high speed internet remains to be a rarity in provincial hotels around the Philippines so it’s a definite plus that Greenleaf got this right. Best of all, a large LCD TV with dozens of channels graced the room, ensuring guests they don’t get bored if ever they turn their stay (aptly so) into a staycation. A fine selection of teas from Dilmah were also available, free of charge, as well as two bottles of water that were replenished daily. 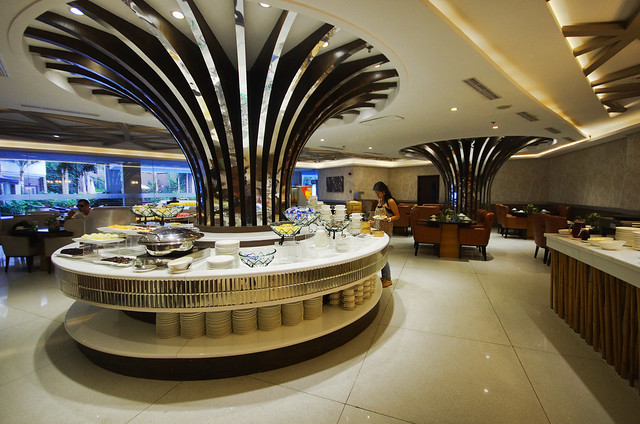 buffet tables made to resemble trees

My stay came with buffet breakfast, which was served at Mint Cafe. I must say, the selection was extensive but most importantly it was sumptuous. The spread contained a good mix of local as well as international flavors, and even a bit of Chinese food. Health conscious people will be pleased to know that there’s a great selection of fruits and other waist-friendly options as well.
Facilities 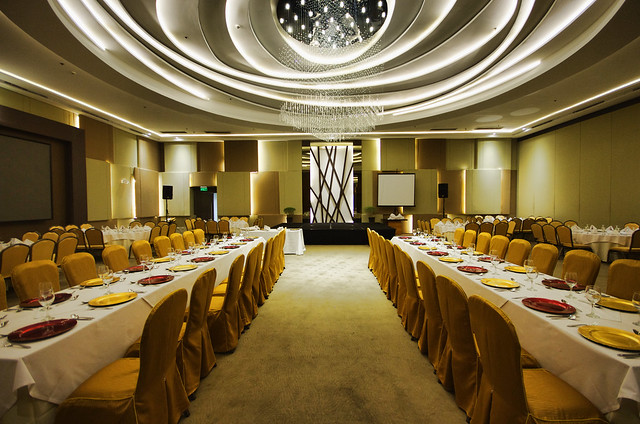 I must admit, though I did not use much of the facilities due to my whirlwind schedule, I could not help but be awed by the fancy interiors. Greenleaf Hotel boasts of a swimming pool, spa, grand ballroom, a fitness center, souvenir shop and various F&B options. For the night owls, there’s Zanzibar, a cocktail lounge with live acts during the weekends. There is also Tea Leaf, a well-decorated Chinese restaurant suitable for lauriats and grand feasts, and of course there’s also the Mint Cafe and the Lobby Lounge from where one can either indulge in hearty western meals or light all-day snacks. 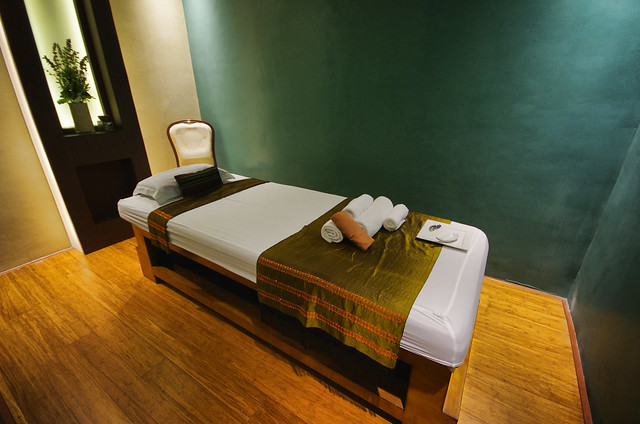 such an inviting massage bed at the spa

The pictures alone tell the story. This is a beautiful and impressive hotel – made much more so given the fact that it is a rarity in the Philippine provinces. The Greenleaf Hotel is perhaps a testament to the saying that “if you build it, they will come.” There will always be a market for fine lodging options with impeccable service, even in places that one won’t normally expect. Rooms here are also pricing nicely. During my last check, the deluxe rooms could still be had for well below $100 a night – a personal benchmark I typically use for 4-star hotels. While it’s not a budget option, and it never positioned itself to be, this price range is easily considered value for money for its class.

My stay at Greenleaf Hotel Gensan was sponsored by the property. However, all opinions are my own.

Book the Greenleaf Hotel Gensan without any booking fees!