Butcher’s Block opened in 2019 as part of a major renovation of Raffles Hotel Singapore. The restaurant located at the second level of Raffles Arcade – at the opposite end from where yi by Jereme Leung is located – used to be the more colonial-looking Long Bar Steakhouse. While that establishment and its accompanying look is no more, the iconic luxury hotel has replaced it with another steakhouse. That being said, the overall look and feel of Butcher’s Block is probably everything that Long Bar Steakhouse was not. The interiors are dark and rather masculine, with a rather special shade of blue permeating the space followed by golden metallic panels right by the open kitchen. In the dining area, one can find plenty of glass while the cream-colored leather seats are probably the only light-colored items one can find inside the establishment. 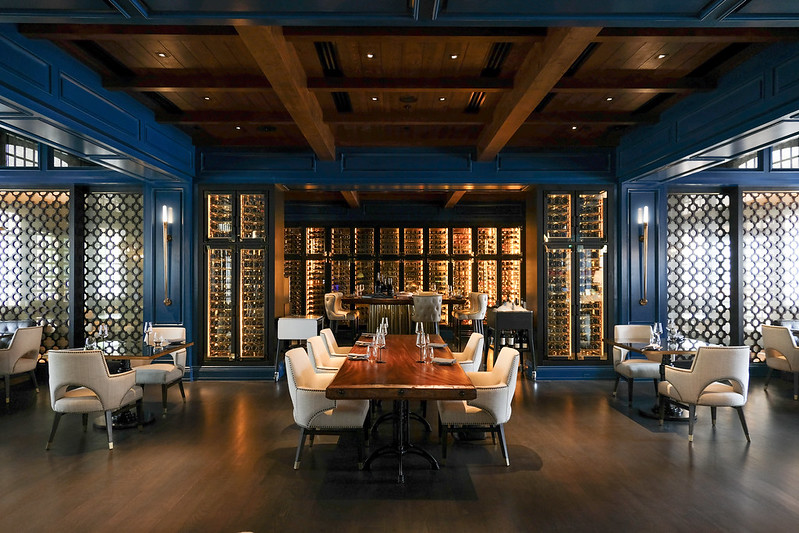 The dark and masculine vibe of Butcher’s Block readily typecasts the restaurant as a dinner venue. In some ways, that seems to be the case. The restaurant is open for lunch only on Saturdays and Sundays and in the past, diners could not even access their specialty grills if they come in the day. That has now changed with Butcher’s Block recently revamped weekend lunch menu. 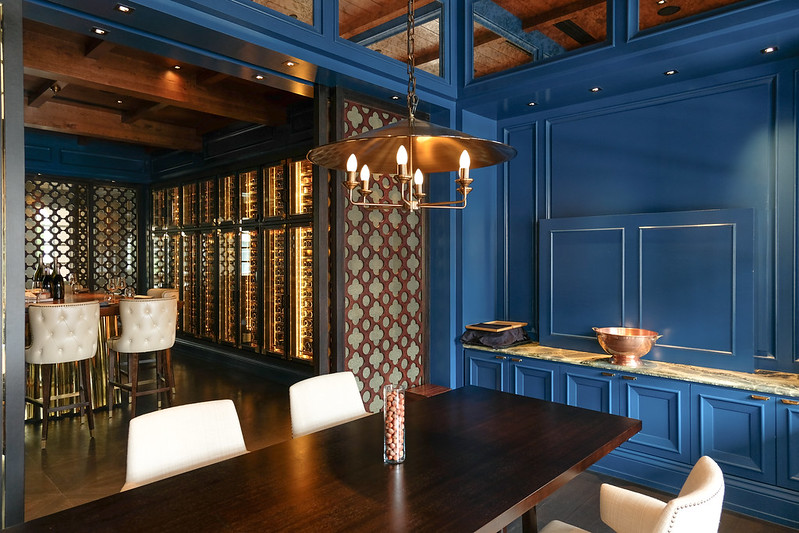 When coming to Butcher’s Block for lunch, one must try their tostadas. These are not available at all during dinner and at the moment, the restaurant is having a promotion with each plate of tostadas only going for S$12. 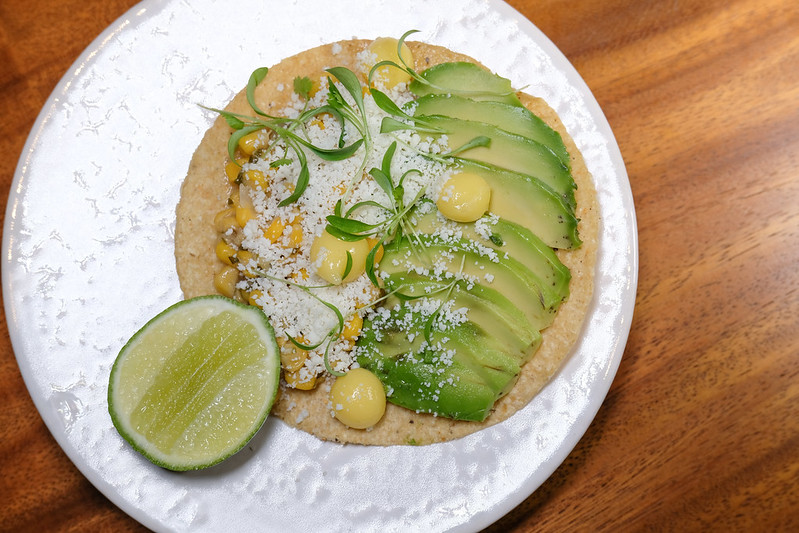 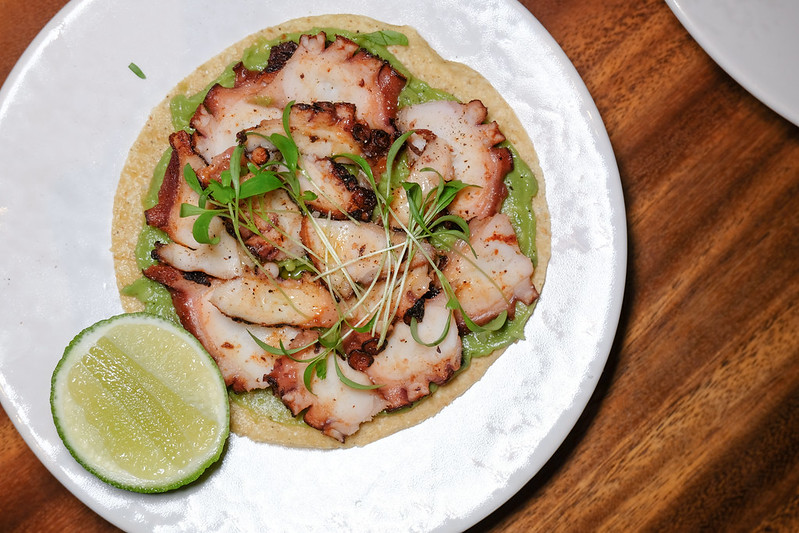 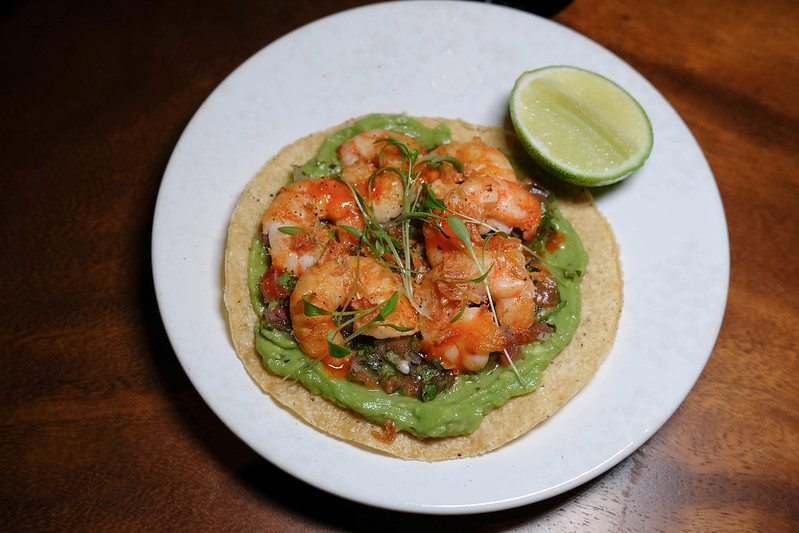 During the lunch, I tried the Avocado and Corn Tostada (S$14), Octopus BBQ Tostada (S$31) and Live Shrimps and Cholula Dressing Tostada (S$18). It did not immediately occur to me that tostadas would work as a lunch dish but I soon realized its worth as a starter. Refreshing and light, I especially loved how the dressing had sunk into the chips and adding a bit of zest to the corn tortilla. Just do take note – if you are dining with relatively unfamiliar people, it might get a bit awkward to portion out the tostadas. 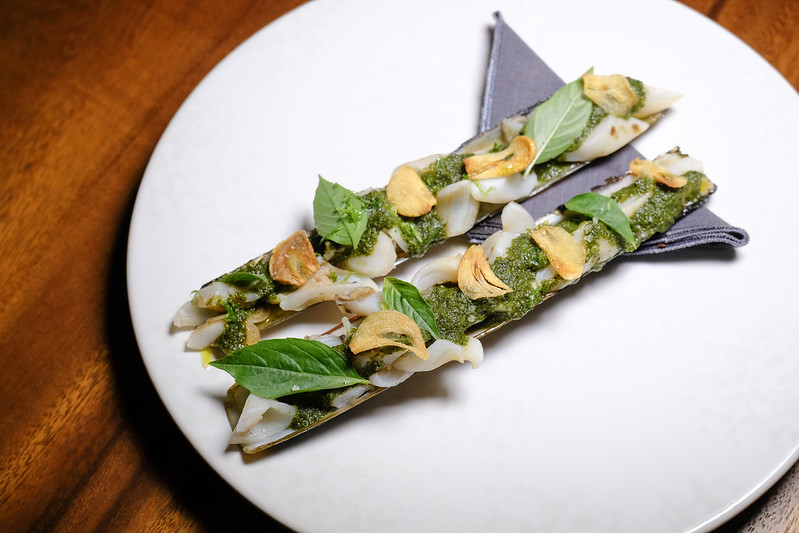 If by any reason you’d like the same kind of zest but wish to avoid the tortilla, the Razor Clam (S$28) is a compelling option with its lime and Thai basil salsa verde giving it a kick. The razor clams are chopped into small pieces, rendering it a good sharing dish as well. 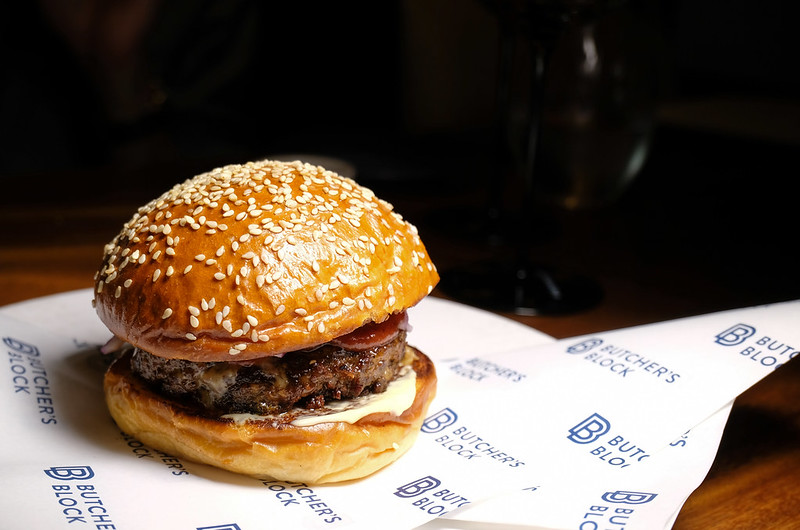 For those coming as a family, the Fried Chicken (S$28) is well-suited for kids. There’s only so much you can change in a straightforward dish like that so if you are looking for a family-oriented dish here that has a bit of an edge, I would rather go for the Garum Cheeseburger (S$28). I started to notice a pattern by the time I bit into the patty. Again, it had a hint of sourness. This comes from the tamarind that’s included in the marinade. Overall, it’s quite different from the usual burgers I have tasted elsewhere and I liked the slight acidity to the flavor. 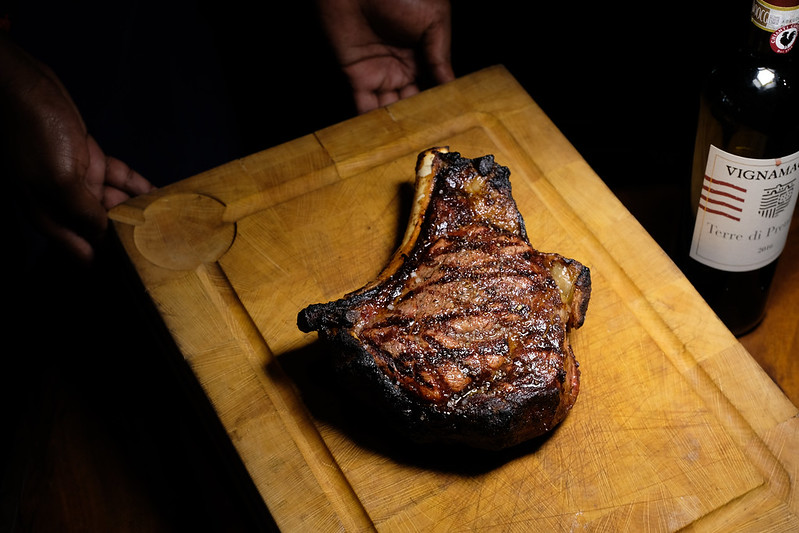 For the steak, we had the John Stone Angus grass-fed for 28 days dry-aged prime rib (S$248). Weighing 1.2kg, it was supposed to be good for 2 to 3 people but even the 4 of us in the table could not finish this massive piece of meat. At medium rare, the beef was tender and had the right texture. The only thing is that it was in the blander side which I suppose bodes well with those on a low-sodium diet. 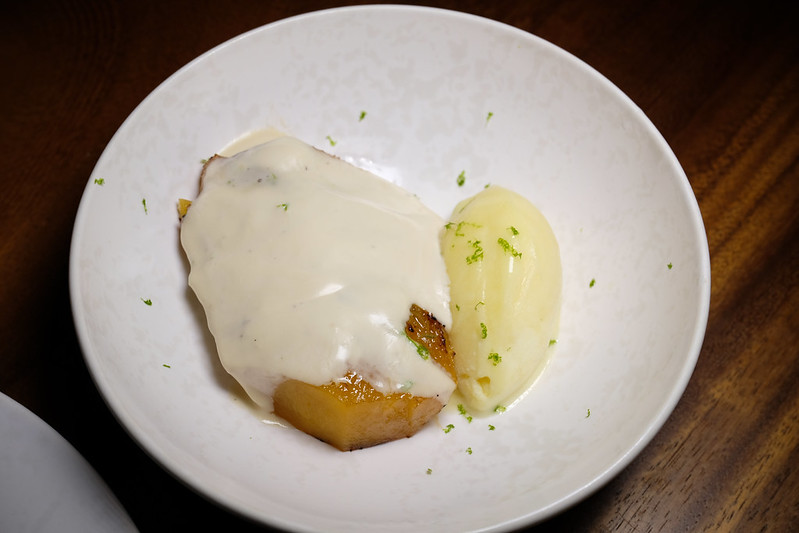 Continuing the theme of “refreshing” flavors even up to the dessert, the Roasted Pineapple (S$14) looks deceptively simple with its slightly charred but nevertheless sweet slice of pineapple sitting beside a scoop of pineapple sorbet. The pineapple slice is later slathered with coconut sugar. Sometimes, simple is best (though I don’t think simply anyone can do the same kind of pineapple sorbet) and this dessert actually turned out to be one of the best I had in a long while.

Weekday lunch menu is available every Saturday and Sunday, 12PM to 2:30PM