My trip to East Timor required me to have a considerable transit time in the island of Bali in Indonesia. It was a great stopover point, as the island offered so much variety for any type of traveler. There are numerous beaches, majestic volcanoes, old temples and a culture that uniquely belongs to the 3.5 million people inhabiting the island. It is no surprise that Bali is the most popular of Indonesia’s 17,000+ islands and has gained international, first name familiarity. People rarely say “Bali, Indonesia” and simply utter the mellifluous sounding “Bali.” The name is synonymous with relaxation, and rightly so. 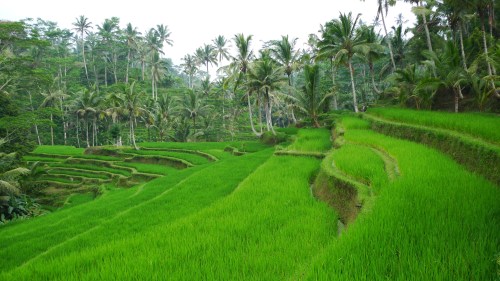 The flight to Bali from Singapore took about two and a half hours. The plane touched down with the air stewardess chirping – “we hope you enjoy your holiday in Bali,” indicating that the island is a purely leisure destination. The Ngurah Rai International Airport reflected this mentality – the terminal was made to resemble a traditional Balinese temple with gamelan music blaring from the speakers to boot. It reminded me of Angkor Airport in Cambodia, except that the former looked just a bit less touristy. 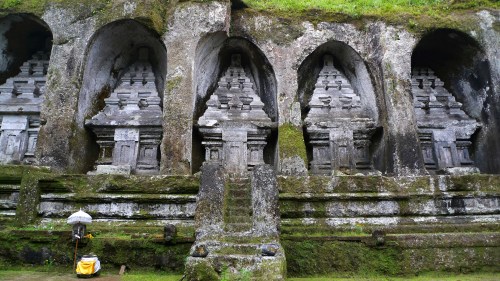 After clearing immigration, I got my backpack and went straight to the Merpati office to buy my ticket for East Timor. After this, I was off to Ubud where I decided to stay for the night. I made a detour before reaching my guesthouse and stopped by the Elephant Cave and Gunung Kawi. Though billed as part of the island’s top attractions, I was a bit disappointed. Both paled in comparison with the ruins in Central Java, not that they were fair comparisons to begin with. On the bright side, there were some picturesque rice terraces on the way down in Gunung Kawi and tourists could still see glimpses of traditional life. 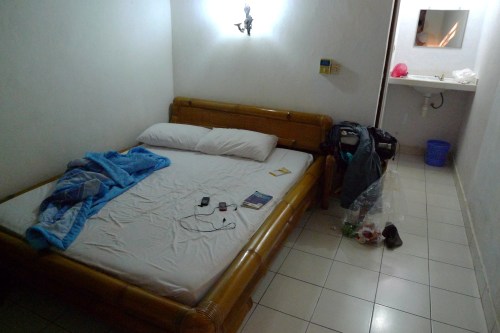 I then checked in at my guesthouse – Teba House. My choice of accommodation was a simple, no frills option. The room had nothing but a bed, small cabinet and table, as well as an attached bathroom but nothing else apart from that. What blew me away however, was the personalized level of service which I don’t get even in better lodgings. I was on a first-name basis with the owners as well as the staff. They were also very helpful in giving me suggestions on places to see and things to try. 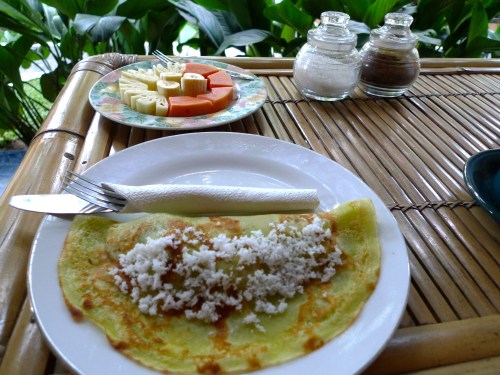 banana pancakes for breakfast – a specialty in Bali 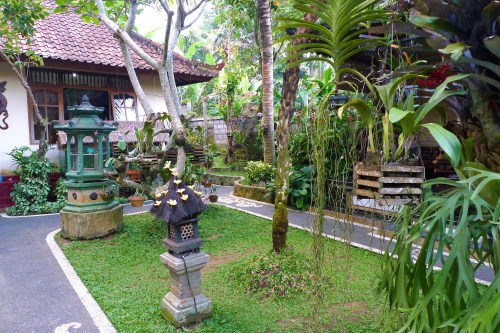 the inner courtyard of the guesthouse

I left for East Timor early the next morning, but returned 4 days later. On my return, I first went to Kuta – perhaps the most touristy spot in the island. Its beaches, though nothing spectacular, offered waves that are good for surfing. It is also an excellent transit point for tourists on the cheap who couldn’t be bothered hiring a private car or taxi to take them farther afield. I was one of these people, and I took the Perama bus to Ubud (1.5 hours for 50,000 rupiah). Inside the bus, I chanced upon a solo traveler from China who was struggling to ask the bus driver in English about her hotel. I helped her, mustering whatever basic Chinese I know and translated her conversation with the driver. We ended up traveling together later that night and the next day, sharing a car which brought us to Taman Ayun, the scenic Pura Ulun Danu Bratan temple and Tanah Lot for sunset. 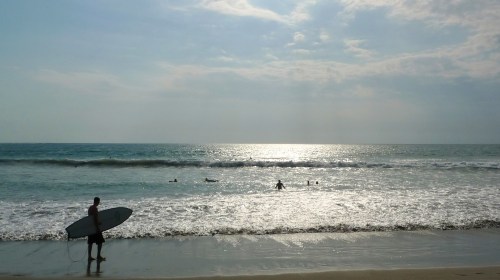 catching a wave in kuta 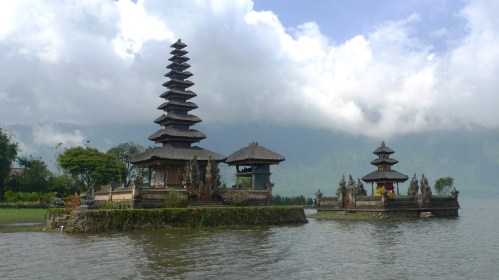 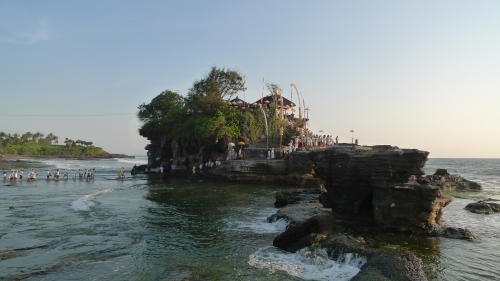 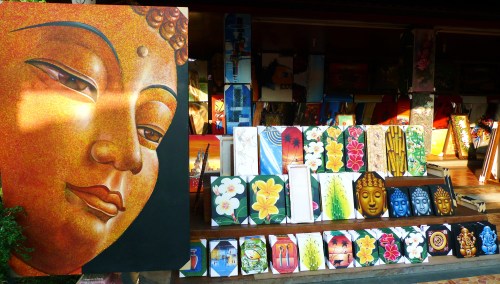 one of the many art shops in bali 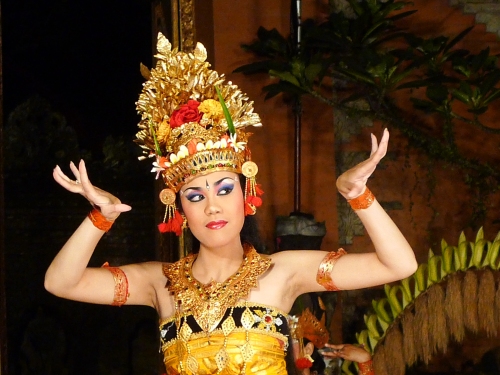 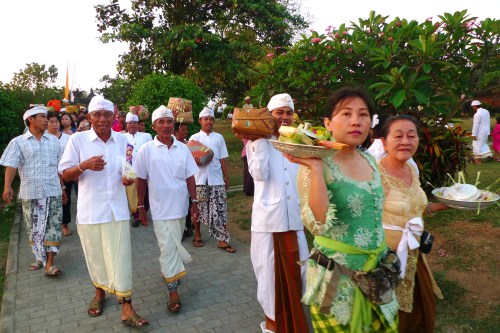 the balinese are very spiritual people. here they are making their way to tanah lot to leave their offerings