Wan Hao at Marriott Singapore Tang Plaza has always been one of my go-to Chinese restaurants in the Orchard area. The food is delicious and value-for-money considering its 5-star hotel setting, especially when using their 1-for-1 tie up with the Entertainer app. The restaurant unveiled a new look recently after undergoing refurbishment for the past few months. The new façade is elegant and refined, especially with the “House of a Chinese Scholar” theme now permeating the four walls of the venue. I recently dropped by Wan Hao for a media tasting as the new look also coincided with some changes in the menu. While old-time favourites such as the Crispy Fried Chicken are still very much part of the offering, diners now get to relish in creations such as black truffle dumplings and stewed bird’s nest with a separate soup. During the tasting session, I managed to try quite a few of the dishes from the new menu. 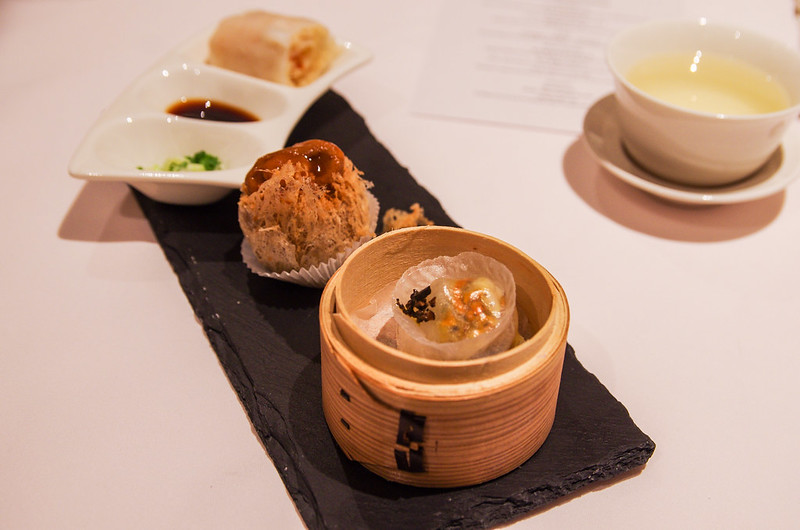 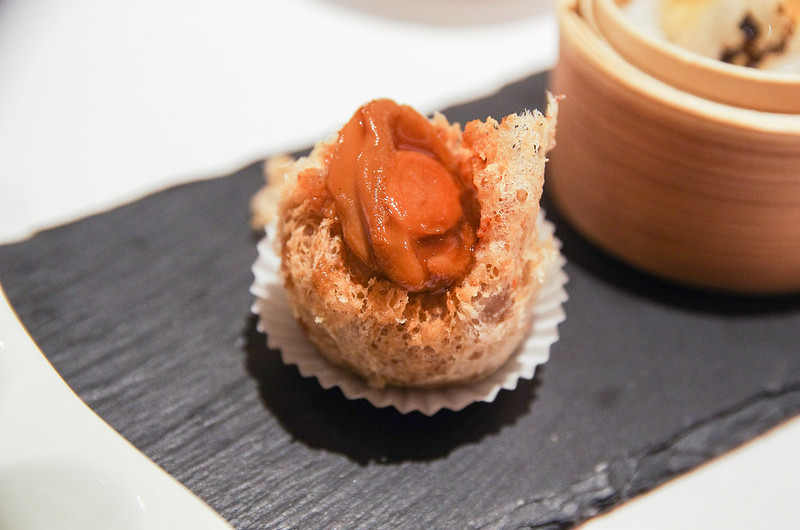 We started off with a trio of dumplings and rolls for our appetizers – all being new items in the dimsum menu. Namely, these were the Steamed Shrimp Dumpling with Black Truffle and Cordyceps ($6 for 2 pieces), Crispy Mango Prawn in Rice Roll ($6.50 per portion) and Deep-fried Taro Dumpling with Mini Abalone and Scallop ($10.50 for 2 pieces). Of the three, I particularly liked the taro dumpling with its rich scallop filling within that was well-proportioned with the taro. The piece of abalone that it was topped with made this such an eye-catching dish and it certainly didn’t disappoint with respect to the tastebud. 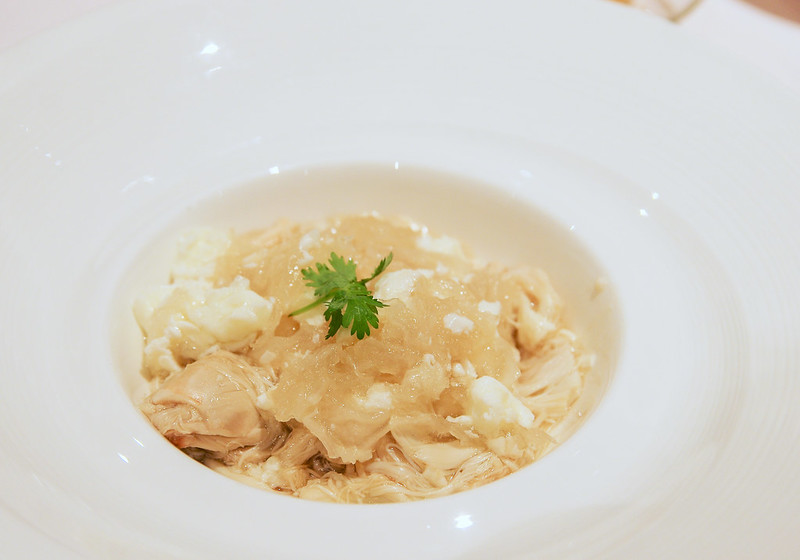 We then had the Stewed Bird’s Nest with Egg White, Crab Meat and Superior Soup ($68 per person). Of the dishes that evening, this was my favorite. Two bowls were served to me separately – one containing rich strands of bird’s nest and succulent crab meat while the second bowl contained the broth. We were recommended to eat from each bowl on its own rather than pour the soup to go along with the bird’s nest and crabmeat. The result was a nourishing burst rather than a dilution of flavors – one from the rich soup stock and on the other from the generous portions of crab alternating with prized bird’s nest. I could definitely see why the soup had to be drank separately! 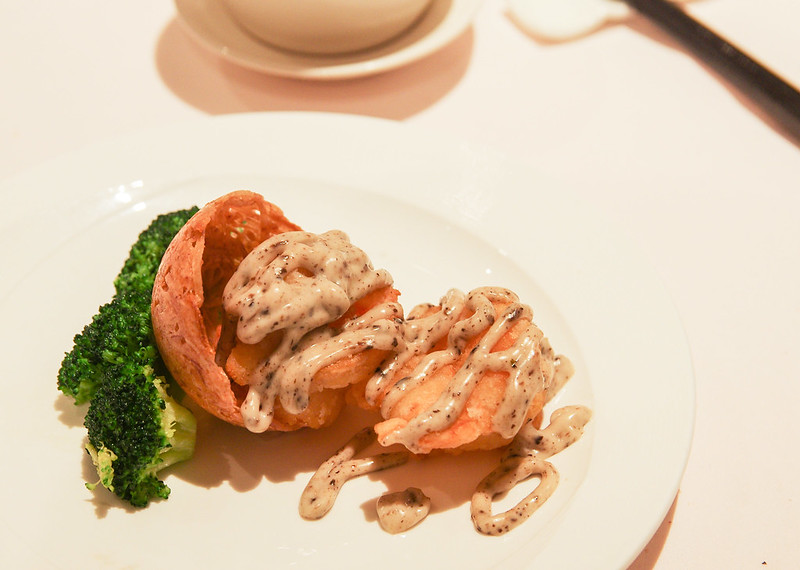 The Deep Fried Prawn with Black Truffle, Mayonnaise and Broccoli ($35 for small portion) came next. The sauce made this dish for me with its pronounced truffle flavor coating the surface of two plump and crispy pieces of prawns. 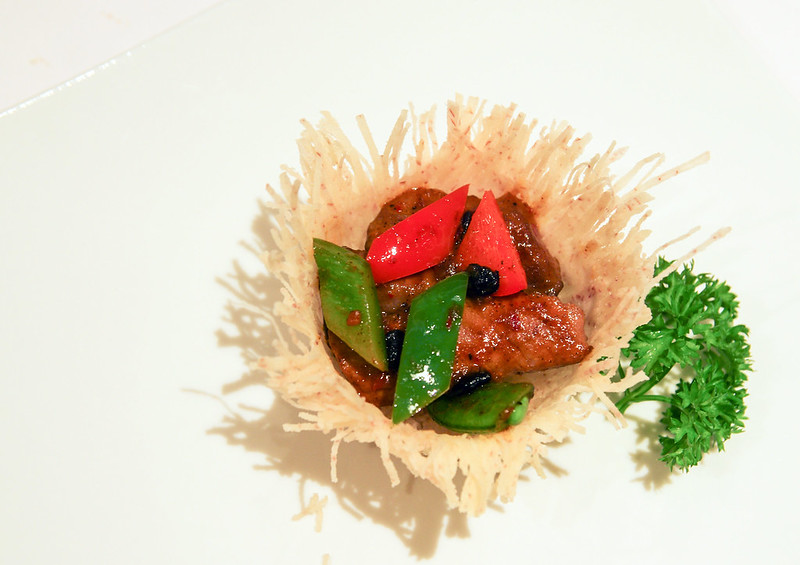 The Wok-fried Iberico Pork with Home-style Spiced Sauce ($30 for small portion) came housed in what seemed like a “nest.”  The meat was tender but was overall a more subdued dish compared to the ones that came before. 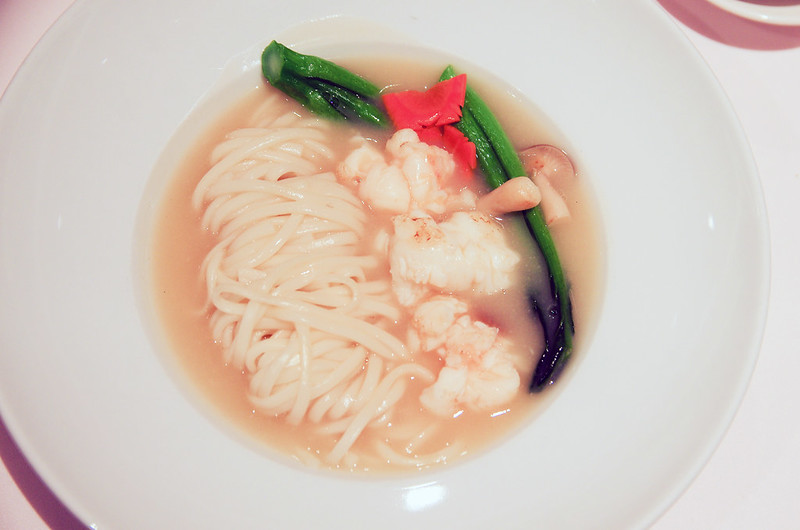 Opinion for the Braised Japanese Ramen with Lobster Meat in Superior Soup ($16) that came next was divided. While many praised the copious portions of tender lobster meat that came with the noodle dish, some thought the flavor could be more intense. 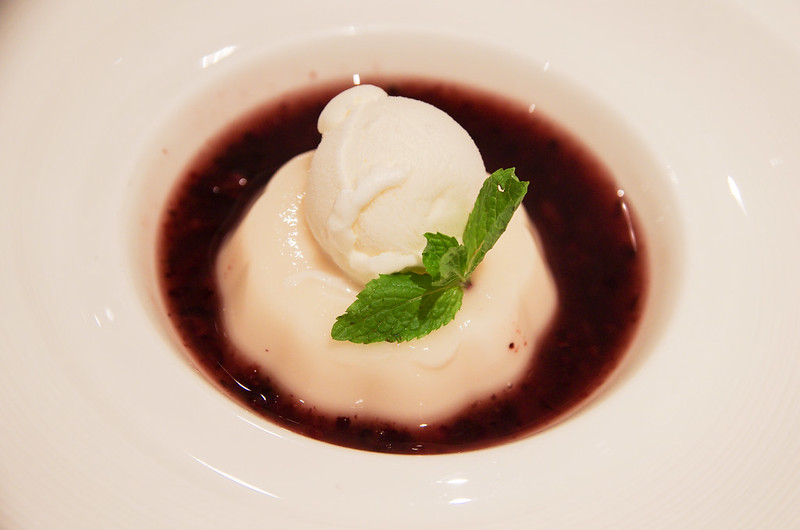 The desserts were a return to form for Wan Hao. The Chilled Coconut Pudding with Purple Glutinous Rice Sauce ($10 per person) may look deceivingly simple to most but the tartness of the coconut pudding had me yearning for more. 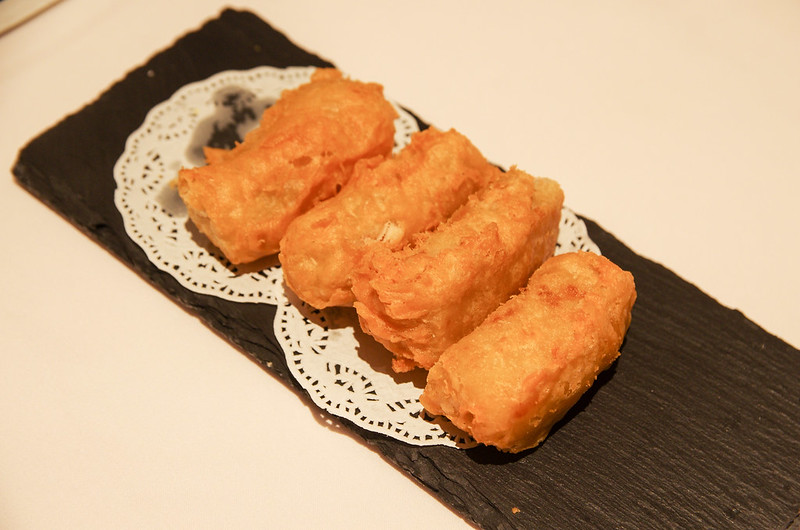 The Deep Fried Crispy Durian ($16 for 4 pieces) is a treat for durian lovers who love a good fritter. The rolls were well-battered, gave off a good crunch and was simply a delight to the senses upon first bite. Again, as I said – if you love durian products, this deserves a try.