Wakanui Grill Dining, the steakhouse that used to be located in Boat Quay, has been relaunched in Marina One as a direct franchise from the original outlet in Tokyo. While the name of the restaurant may at first seem consistent with its Japanese origins, Wakanui is actually a town in New Zealand or more specifically in the Canterbury Region which is also where the beef comes from. The house specialties include the dry-aged Ocean Beef which is produced from the Angus breed as well as the spring lamb. I have long been curious about the dining options at the new Marina One complex and jumped at the chance to try Wakanui when the opportunity presented itself. 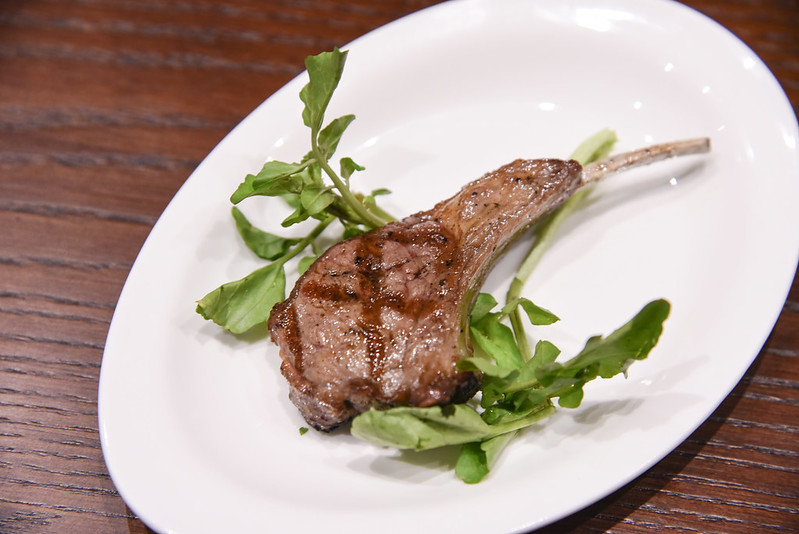 We started dinner with the Wakanui Spring Lamb Chop (S$8). The lambs used by Wakanui come from New Zealand and are deliberately made to be born in late winter in order for them to eat the freshest and most nutritious pastures as spring arrives. By late summer, the lambs are slaughtered. The result is one of the most tender pieces of lamb I’ve ever had. The relatively young age also makes them remarkably free of the strong gamey flavor. Overall a definite must when dining at Wakanui. 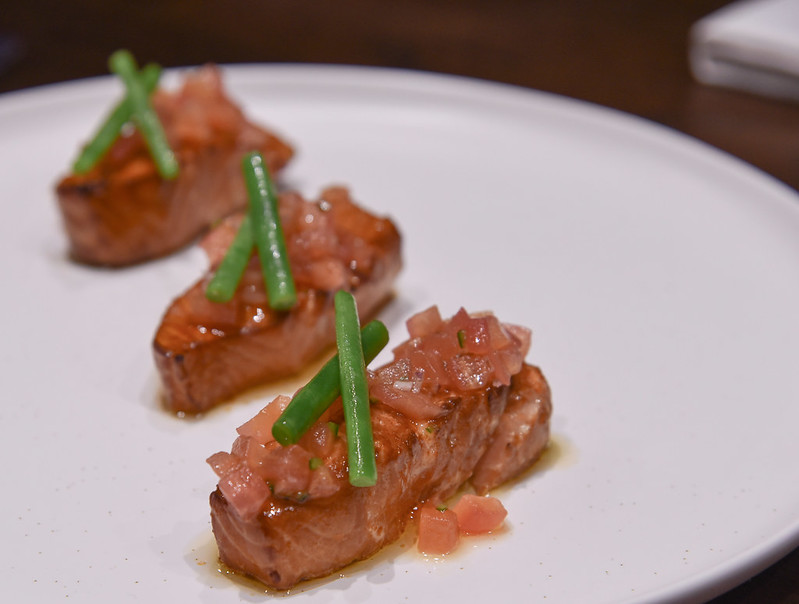 Next came the Hot Smoked Salmon (S$39 for three pieces). Fresh salmon is marinated with salt, sugar, juniper berries and bay leaves for 24 hours. After that, the fish is smoked over cherrywood chips for 3 minutes at 40 celsius and later placed in an oven for 3 minutes at 160 celsius. The result is a springy chunk of salmon – more flavorful than your typical smoked salmon – that serves as a good counterpoint to all the red meat. 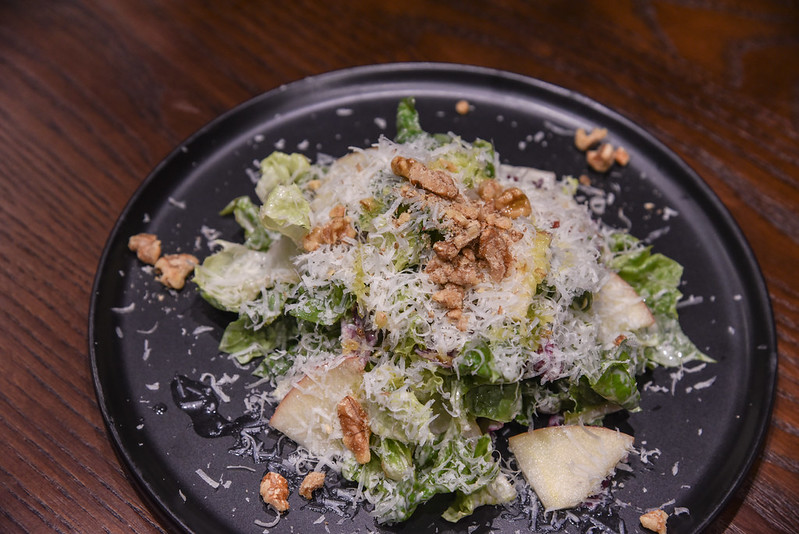 While I loved the refreshing sweet and sour flavor of the Kikorangi Blue Cheese Caesar Salad (S$22), I thought it was a tad pricy as a salad option. For the same price, I could get almost 3 pieces of the Spring Lamb Chop which I’d rather have as a starter. 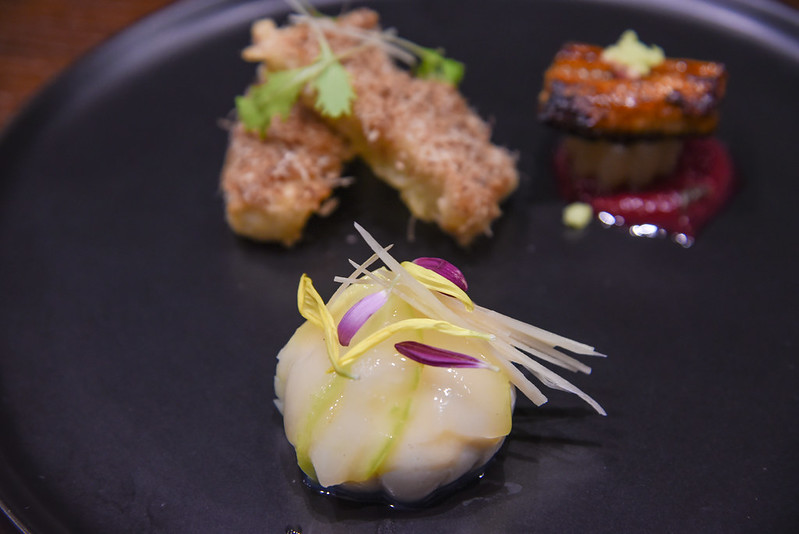 The Seasonal Hassun (S$24 for lunch and S$32 for dinner) is undoubtedly the most visually appealing dish of the evening. The dish was formulated to generate greater appeal among women – a wise move for a grill that is normally associated with men. It’s interesting to see Japanese-style dishes in a steak house, no doubt. Of the three kaiseki-style starters I had that evening, I though the unagi on daikon and beetroot puree was the clear winner. The other two – Japanese tomatoes with plum sauce and lotus root tempura – were less remarkable. 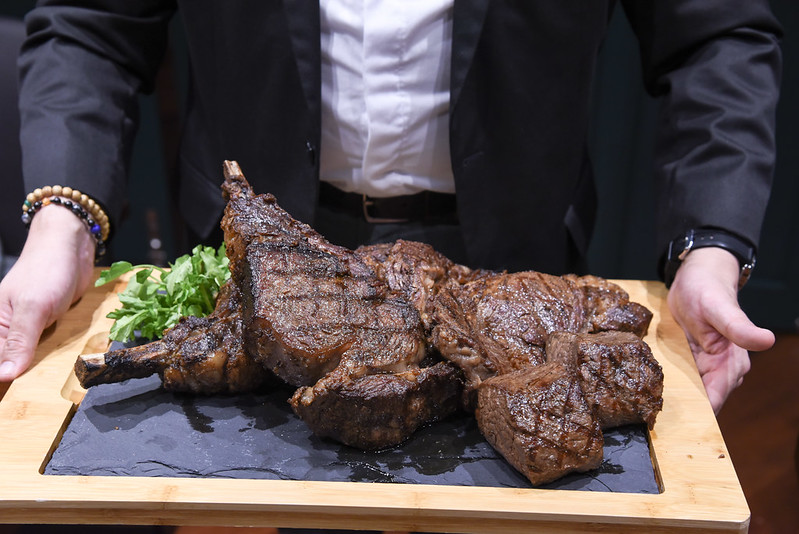 If you’re visiting Wakanui, you’d most likely have more than just a passing interest in steaks. This begs the question, which steak should you go for? I tried three types of cuts at Wakanui and I found all three to have their merits: 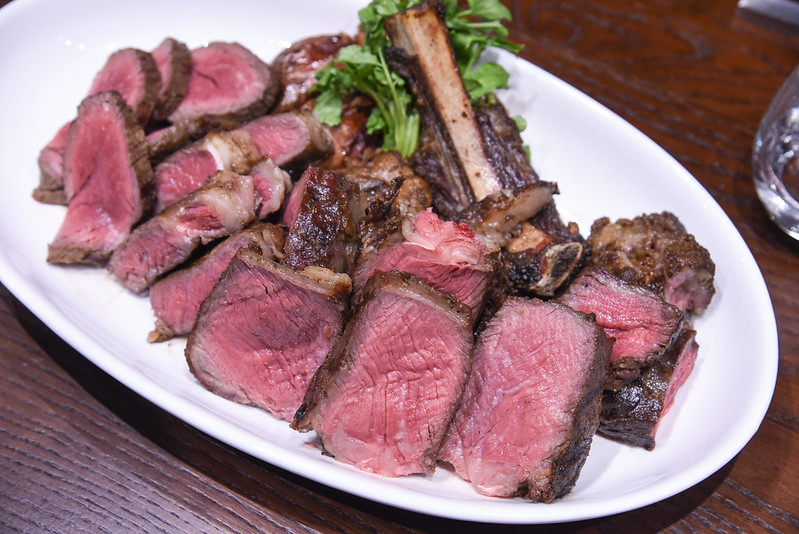 The Ocean Beef, Bone-in Ribeye (S$199 per 1kg) was my personal favorite. I thought this was the best seasoned out of all the cuts. The edges were especially flavorful.

Many people in the table thought the Canterbury Grass-Fed Fillet (S$45 for 150g, S$78 for 250g, S$138 for 500g) was the best cut of all. I could see where they were coming from – the flavor and texture were definitely smoother than any of the other cuts. The meat was also remarkably tender. As a Fillet, it was definitely compelling but my personal preference was still for the Ribeye. 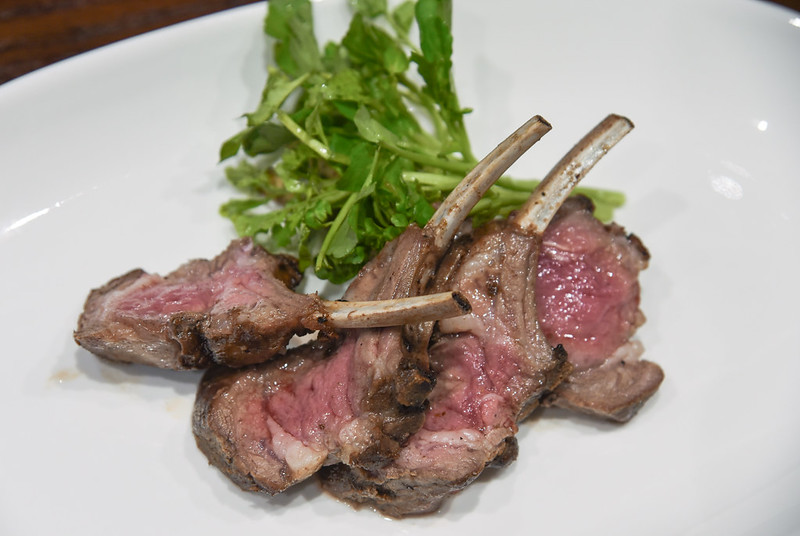 The Wakanui Spring Lamb (Lunch: S$32 for half rack / Dinner S$42 for half rack / S$82 for full rack) was a full version of the spring lamb chop we had as a starter. By this stage in the meal, I still could not get enough of the unbelievably soft and game-free flavor of the meat and helped myself to a few pieces.

The Sauteed Mushrooms (S$18) were my side of choice while gulping down the meat. The mushrooms were sauteed with butter and salt. 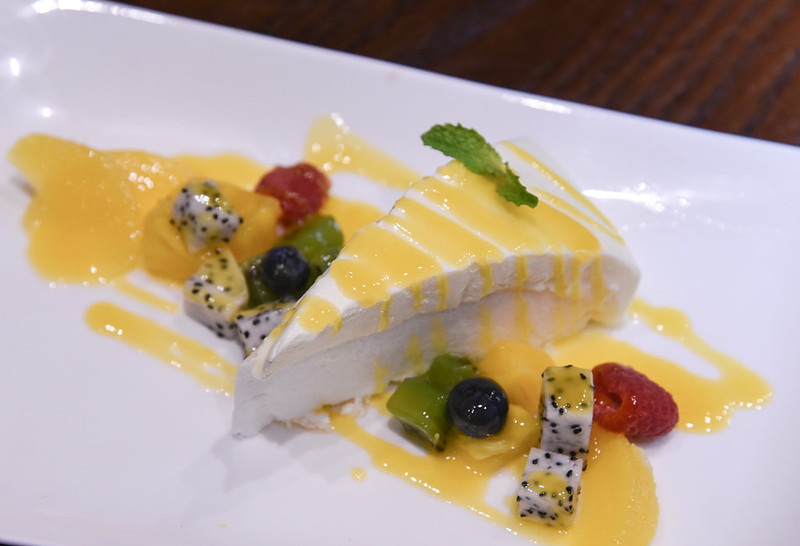 The Pavlova (S$14) a nice creamy and fruity dessert. It comes drizzled with passion fruit sauce which suits those who love to taste something sour to end their meals. 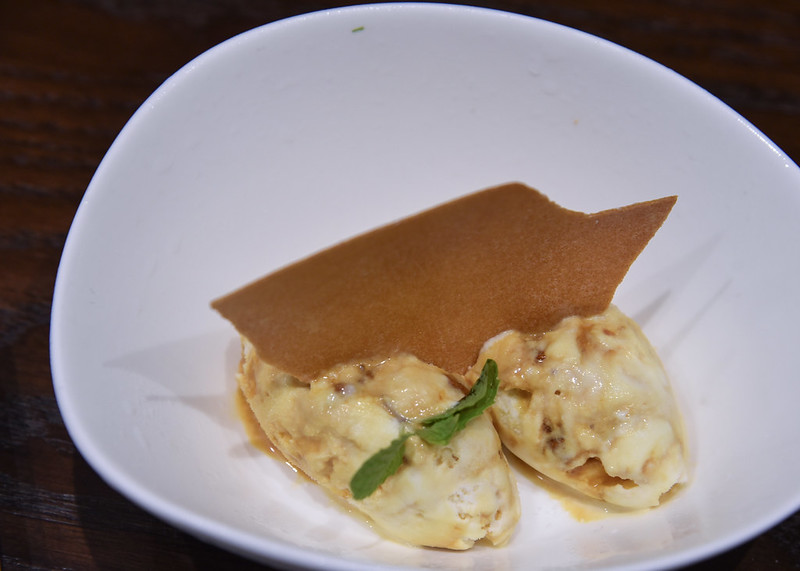 Among the desserts, I really enjoyed the caramel-tinged Hokey Pokey Ice Cream (S$14). The caramel brittles went very well with the vanilla ice cream and provided for a wonderful crunch. I wouldn’t imagine a grill to be an apt place for desserts but I would seriously return even if it is just to have the Hokey Pokey again. 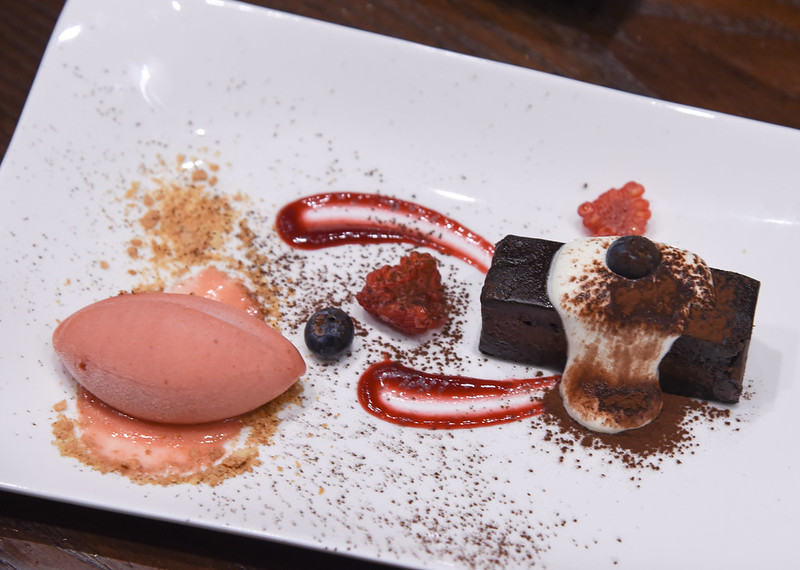 The Baked Rare Chocolate Cake (S$14) is the house version of the chocolate cake. It suits those who love the thing with its relatively rich cocoa content coming from the melted Varlhorna Guanaja Chocolate. The bitterness is immediately felt with the first bite! For some contrast, the dessert comes with a side of strawberry ice cream that is made in-house.

The lamb was fantastic and is enough reason to come here. The beef is likewise compelling as far as Angus Beef goes. Add the wonderful desserts such as the Hokey Pokey and you’ve got yourself a more than suitable venue for business lunches and dinners as well as meals to impress.