The geographic location of the Baltic countries consisting of Estonia, Latvia and Lithuania; away from the major countries of continental Europe makes it intuitive to explore the three countries in one go. With a combined population of under 7 million, there’s not much that many outsiders know about the Baltic states except that these countries were once part of the Soviet Union and have since joined the European Union. On a trip to Europe, I explored the capitals of these three countries and spent about a week around Vilnius in Lithuania, Riga in Latvia and Tallinn in Estonia.

I have read a lot of questions online asking which is the best Baltic city to visit and I posed this question myself prior to my trip. Simply put, there is no one answer to the Baltics’ nicest capital. Each has its own quirks, its own attractions and its own charms. That being said, I must say I did have my own favorites so let me share them here: 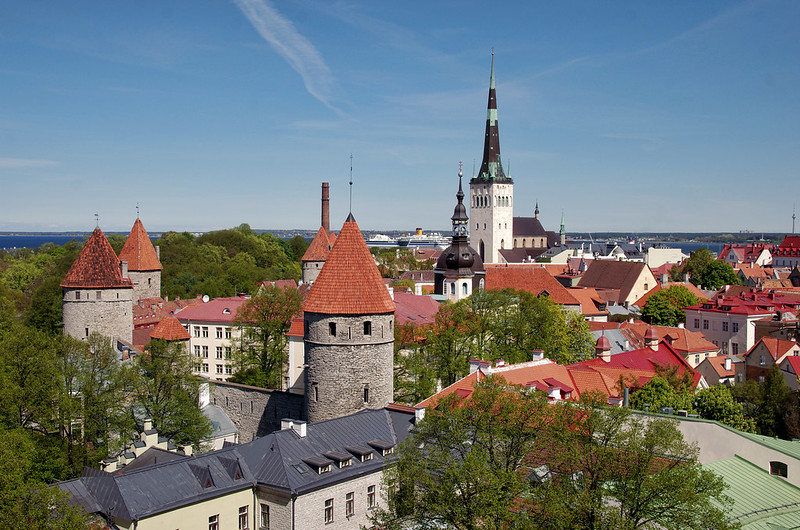 A sleek and modern city with Nordic elements, Tallinn in Estonia is also the least populous of the Baltic capitals. Its old town – where tourists spend most of their time when in the city – is very medieval in feel – with picturesque stone walls enclosing the town as well as plenty of lookout points from which to survey the city. Many people say that Tallinn is the “prettiest” of the three capitals and even though it isn’t my favorite Baltic capital, I am inclined to agree

Where to stay in Tallinn: I stayed at the Tallink Express Hotel, a no-frills hotel that is within 5-minute walking distance to the old town. This is also a highly convenient place to stay if you ever decide to take the ferry ride to Helsinki as the pier is just 10 minute walk away. 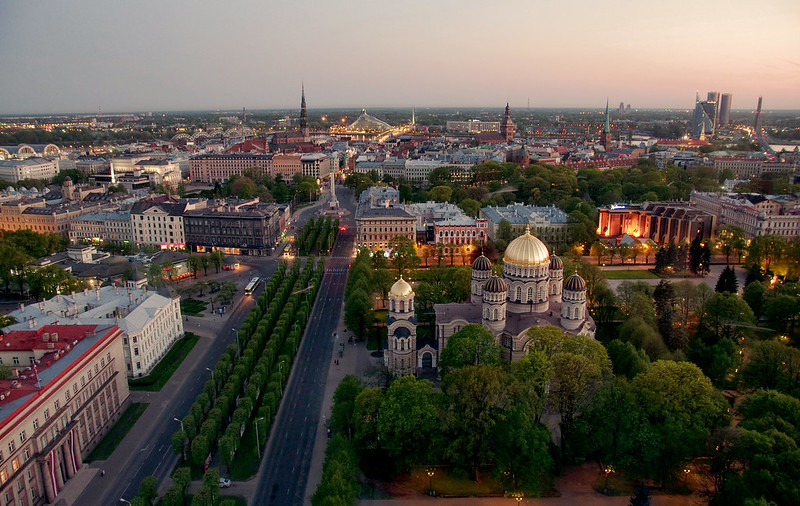 The most cosmopolitan capital in the Baltics, Riga has a population of over 600,000 making it the largest city in the Baltics. In contrast to Tallinn’s medieval feel, Riga has an early 20th century vibe with its large collection of art deco architecture around the city. The ornate facades of the apartment buildings in the old town remind me of cities like Prague, Budapest or Subotica though Riga in general has a more relaxed ambiance with plenty of green spaces. Certain areas such as the old town can get really popular with tourists though side streets usually offer some respite from the crowds. Architecturally, I thought Riga was the most outstanding of the three. 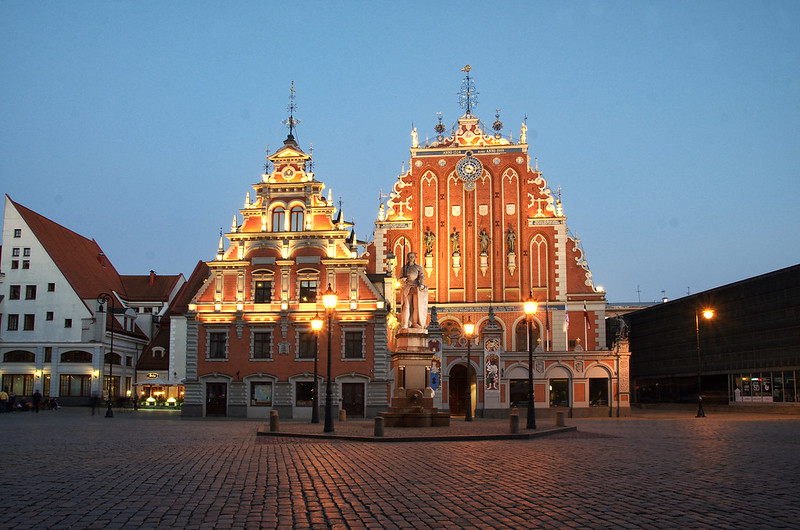 Where to stay in Riga: I stayed at the Mercure Riga Centre, a new hotel built in a historic Art Nouveau building. I chose it due to its strategic location – close to the central station and a few minutes walk from the old town. You can check other hotels in Riga HERE to compare for the best prices. 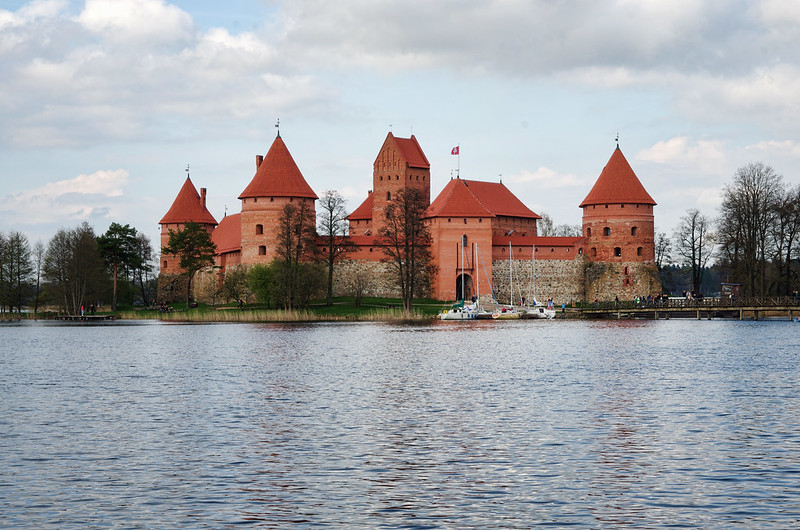 Staunchly catholic, the capital of Lithuania is often referred to as the Rome of the North due to the myriad of churches located within the city. Many architectural styles are seen here, from baroque to renaissance, classical to neoclassical; Vilnius also lays claim to the largest old town in Europe. And it is humongous indeed. Vilnius is also in my opinion, the least expensive of the three cities. This is a city where a 4-star hotel room can be had for well under Eur 100 a night while good meals go for under Eur 15. All these elements make Vilnius my favorite among the Baltic capitals 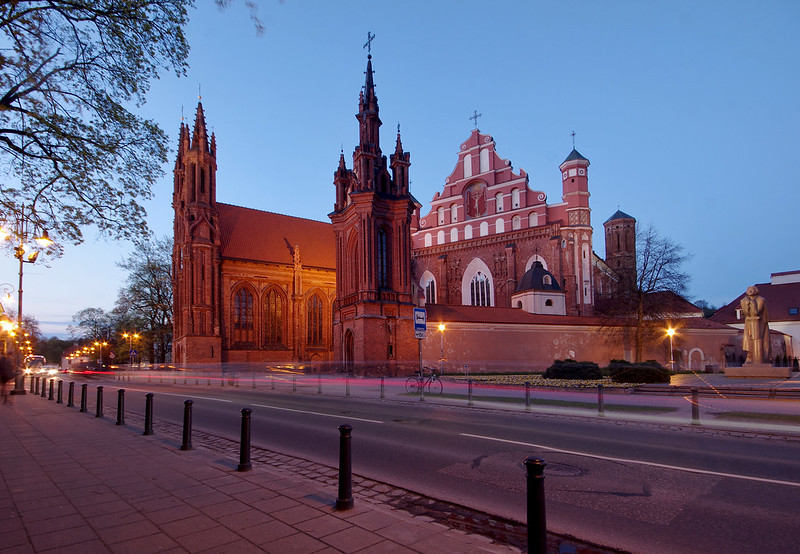 Where to stay in Vilnius: I stayed at the Novotel Vilnius Centre, located right smack at the main (and shopping) street of Gedimino Avenue inside the old town. Most of the city attractions are just a few minutes walk from the hotel and there are plenty of restaurants and boutiques a block or two away. Overall quite well-appointed, it’s one of my favourite Novotels so far. Most importantly, room prices are relatively low. You can also check other hotels in Vilnius HERE.

Overall, I found the three Baltic capitals to be worth visiting. Despite their geographic proximity and lack of monumental sights to see, each city has its own unique identity and are worth at least two nights each minimally. The cities of Tallinn, Riga and Vilnius have been overlooked compared to other European capitals but they are no less impressive. I really loved my time here.