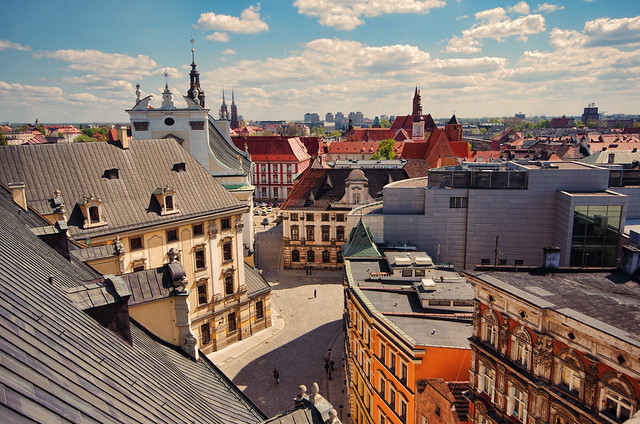 Poland may be a country that is firmly on the tourist trail but for some reason, most make it only as far as Krakow. Warsaw is another well known destination, but that is likely due to its status as the country’s capital. Few would ever mention Wroclaw, much less know how to pronounce it (apparently it is pronounced as vrochwav). I came into this relatively prosperous Silesian town not knowing what to expect (and not knowing how to pronounce the name) but I left duly smitten by its charms and the refreshing warmth of its people. In a span of a few days, it became my favorite city in Poland, thanks to the majestic old town square, architectural marvels and old-fashioned quirkiness. 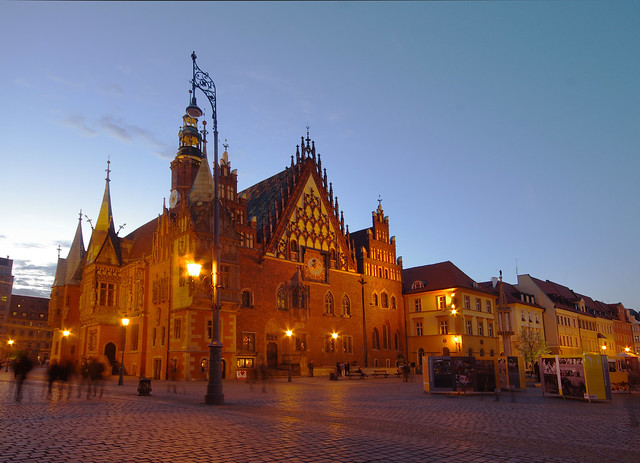 Polish cities are well known for having grand squares and the one in Wroclaw surely does not disappoint. Featuring an array of colorful buildings, alfresco cafes and dining from late spring to early autumn and a town hall that resembles a gingerbread house – the Ratusz, the Rynek is the focal point of urban life in the city. Best of all, it’s not crowded with tourists. 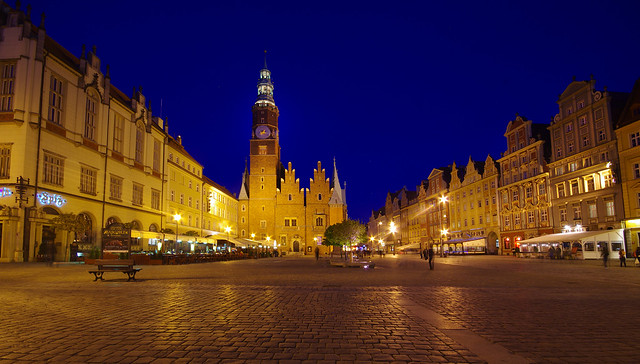 the old town square on a deserted holy thursday evening

It was a deeply pleasurable experience just strolling around here, observing local life and watching the laidback pace of commerce typical in European cities pass me by. It was here as well that I had my first glimpse of Wroclaw’s famous gnomes – hundreds in various poses which are scattered all over the city. 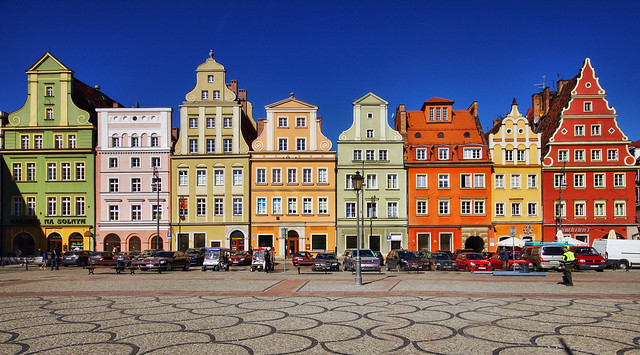 Tucked away behind the old town square, towards the southwest is a smaller square called Plac Solny. This is an area not to be missed, with its trademark colorful apartment buildings that seem to have sprung from a cartoon. 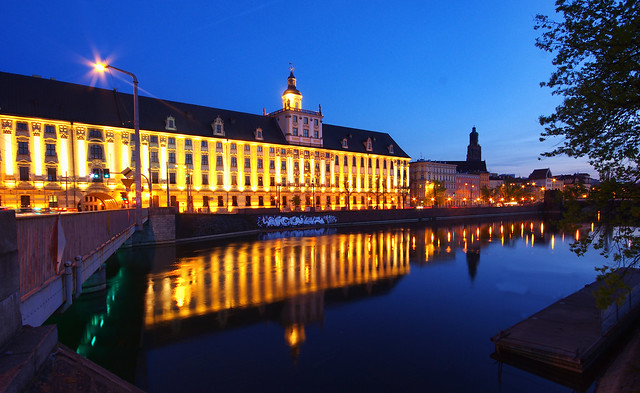 university of wroclaw at dusk

Who would have thought that a university could be so appealing to visit? Situated right by the Odra river, the University of Wroclaw is an architectural marvel in its own right. To have such a visually appealing center of learning is a rarity anywhere in the world, and the students here are lucky to have the privilege to study in such a place. The sophisticated architectural forms here do no less than stimulate the mind. 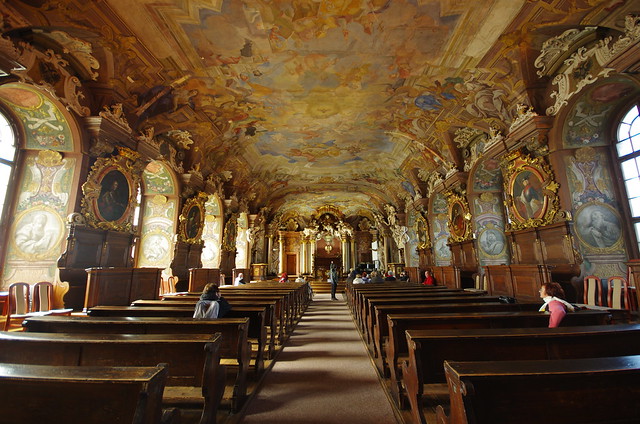 the majestic aula leopoldinum inside the university of wroclaw

Most people visit the university to get a glimpse of the Aula Leopoldinum, which is undoubtedly an architectural highlight. Done in the  rococo style with sculptures and elaborate stucco work, it is the best-looking university auditorium I have seen anywhere in the world. The admission here got me an audio guide which detailed the history of the room and gave some pretty elaborate description of the construction of the interiors. Impressive! 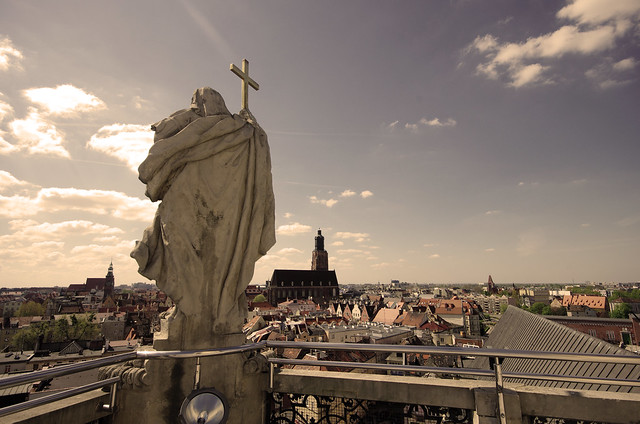 rooftop of the university

One can also climb up the mathematical tower to get to the rooftop of the university. From there, the view over the old town of Wroclaw was simply sublime. 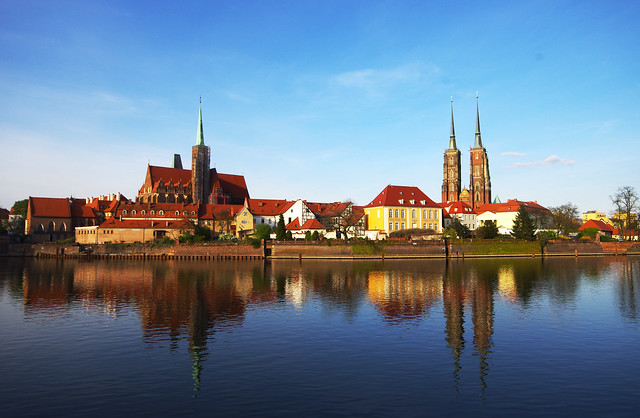 Alternatively known as the Cathedral Island, this series of islets north of the old town has many old churches and restored old buildings. It looks as historic as the old town square but with even fewer people. There’s a strong religious vibe here – the Polish are one of the most Catholic peoples of Europe. The Cathedral of St. John the Baptist is found here and is perhaps the most stunning place of worship in the city. I was there on Good Friday an encountered a long queue of people going for confession. 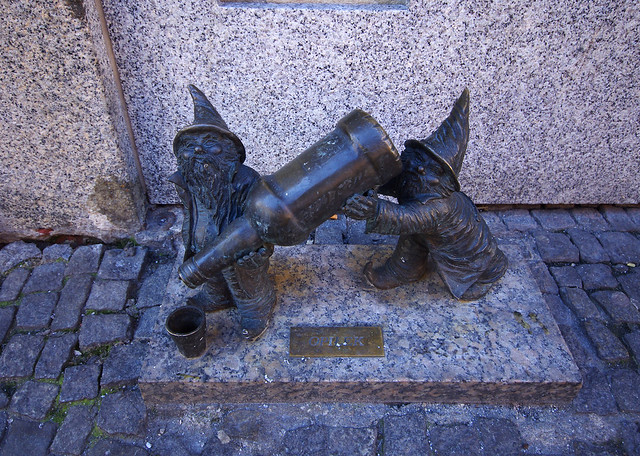 one of the many gnomes found around wroclaw

It’s a pleasure walking around this part of town whether during the day or in the night. Many couples come here in the evening and hang around the Tumski bridge. 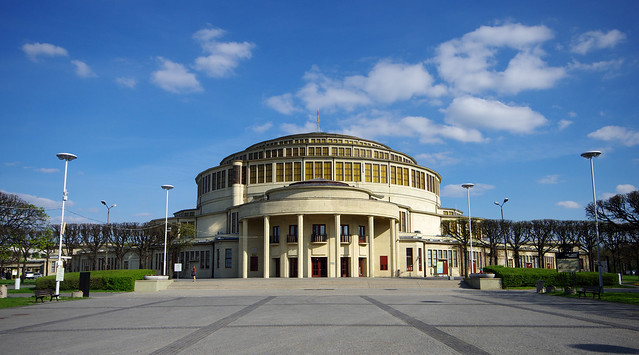 One of the most bizarre UNESCO World Heritage Sites I’ve seen, the Centennial Hall is a large stadium found in the outskirts of the city. It was built when Wroclaw was part of Germany, and went by its German name – Breslau. The stadium was built along the plans of famous German architect, Max Berg. Today, it is one of the largest sporting and concert venues in the city. Tourists can visit the building, where there’s an elaborate exhibitions regarding architecture. Personally, I enjoyed my visit here but I could see how non-enthusiasts of architecture would not understand the appeal of the place.

Where to Stay in Wroclaw

I stayed in the Mercure Wroclaw Centrum which is only 5 minutes away from the heart of old town. The hotel is also conveniently located just next to a shopping centre with plenty of restaurants to choose from.