The capital of a once mighty empire, Vienna today seems to have more similarities to the grand and imposing capitals of modern powers such as Beijing, Moscow or Rome rather than of a small country of barely 9 million people. Despite having gone through two world wars, the capital of Austria retains much of its imperial charms, with stately palaces and cathedrals that continue to dot the landscape. Similarly, hotels in Vienna have been more than happy to oblige to this reputation with rooms that seem to evoke the grand palaces of Europe. It is literally possible to live like a king here. 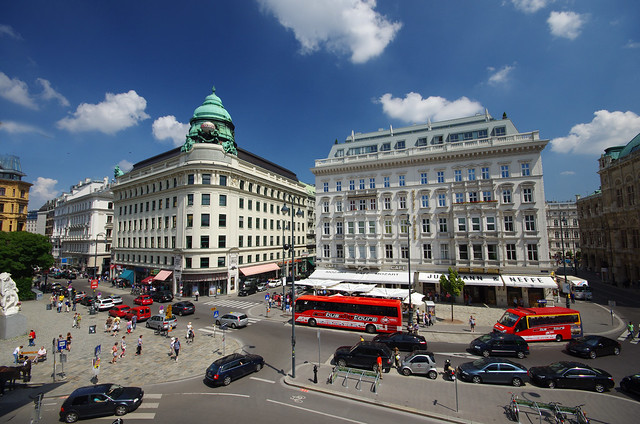 vienna street scene from the albertina

It was in Vienna that I started my 3-week long trip around Europe, where I happened to land on a weekend and had to sprint my way around the city in just 3 days. 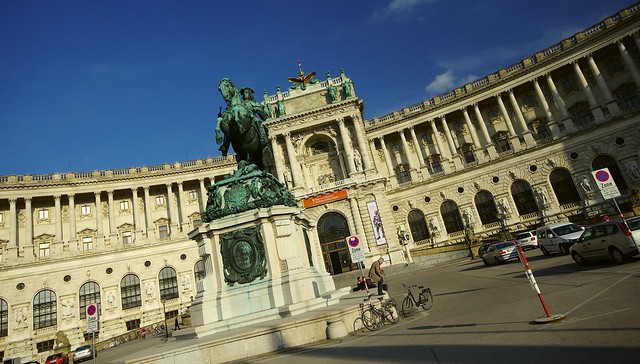 the heldenplatz, or the traditional frontage of the hofburg palace

If imperial buildings are your thing, then Vienna is perfect. As the former capital of the Habsburg Empire, visitors will have the luxury to pick between three highlights that showcase the grandeur of Austria’s former imperial rulers. If like 70% of foreign visitors to the city, you’re half expecting to be transported back to 18th Century Europe, then what Vienna has to offer will not disappoint. 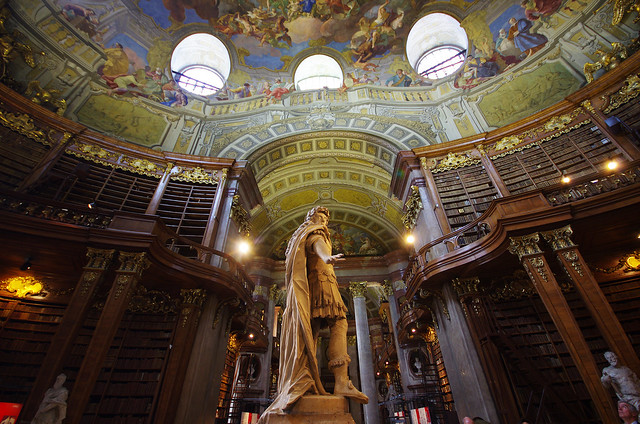 The Hofburg Palace which lies within the Inner City is probably the best place to get one’s bearings. The former winter residence of the Habsburgs, which today has been converted into various government offices, including the residence of the President of Austria, is made up of several chambers. Some of these are open to visitors, including the former imperial residences. A personal highlight is the Prunksaal or the State Hall of the older section of the Austrian National Library. With an extensive fresco on the roof and an imposing statue of Charles IV in the center, this is hands down the best-looking library one could ever go to. 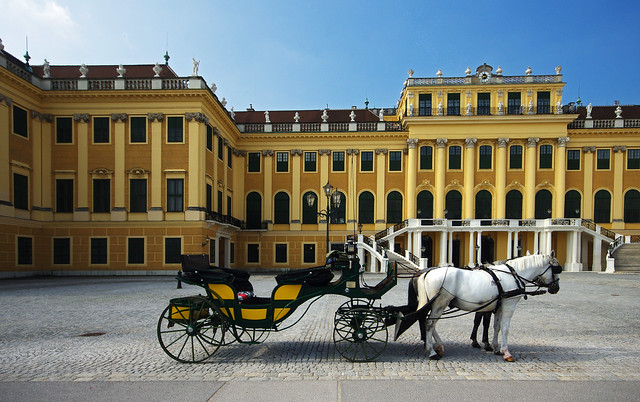 A bit farther out into the suburbs (but worth the trip) is the summer palace of the Habsburgs, the Schonbrunn Palace. Painted in a distinct shade of yellow, this is routinely considered one of Europe’s major palaces, and rightly so. With 1,441 rooms and stately Rococo interiors, this is where casual visitors get to have a close glimpse at how royalty lived a few centuries ago. It can get a bit crowded here though so it’s always wise to come early in the morning to beat the crowds. Classical concerts are regularly held here as well, including the elaborate ones held during New Year’s Eve that showcase compositions such as Austria’s unofficial anthem, Johann Strauss’ Blue Danube Waltz. 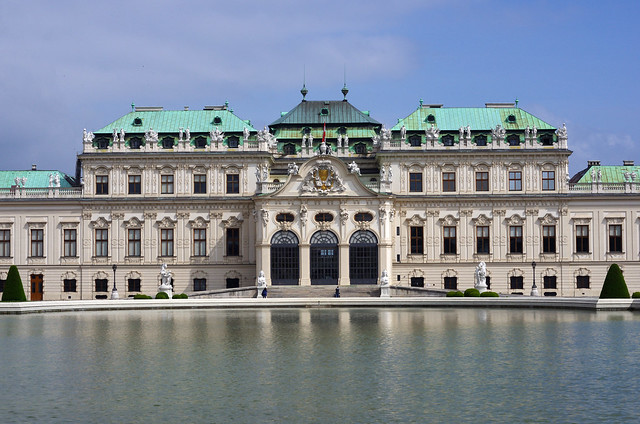 Capping off Vienna’s major palaces is the Belvedere Palace, located south of the Inner City. If your main purpose is to check out the architecture or the interiors and you’ve already been to Hofburg or Schonbrunn, then you can skip this one. But those with more than a passing interest in art should check it out, if only for renowned art pieces from the likes of Gustav Klimt which can be found in the museum housed within the palace buildings. 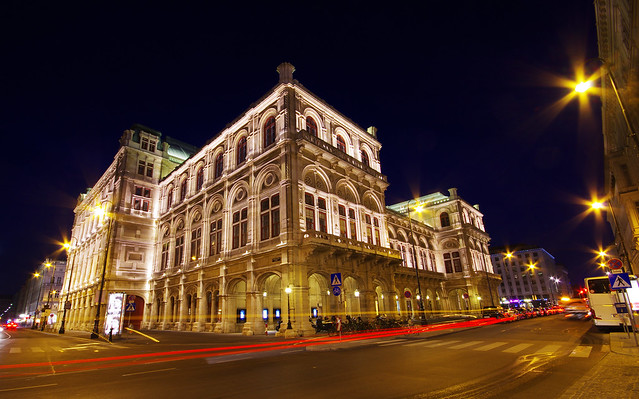 It is not without reason that Vienna is often regarded as the city of music. In fact, this reputation has become such a mainstay that some enterprising locals have twisted this by going around wearing Mozart costumes thinking this will appeal to tourists. The classical concerts that these people sell are far from ideal unless you are pressed for time and not very particular about classical music. A far better place to watch these classical concerts would be at some of the palaces where it may be possible to get a combo ticket for both the palace tour and a concert. This is possible for example, in places like Schonbrunn or Hofburg where they also sell tickets online. 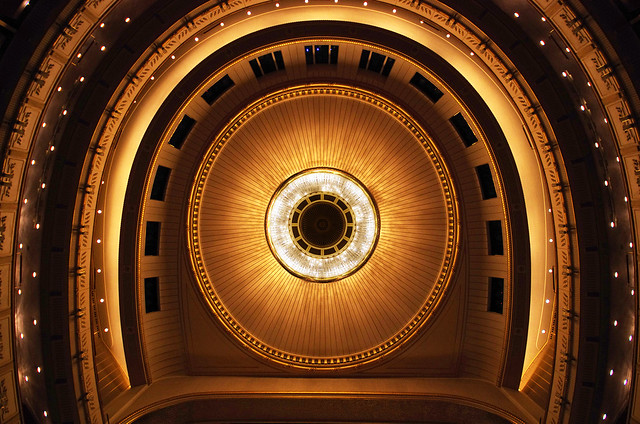 inside the vienna state opera house

Vienna is also well-known for opera performances held at different venues within the city. I am personally not an enthusiast but I visited the Vienna State Opera House during my time there. One of the world’s most prestigious opera houses, the only way in if you’re not watching a performance is via a guided tour. These are run in various languages, and are scheduled at certain times. The most updated schedule can be found in their website and as of this writing, the 40-minute tours go for about Eur 6.50 per person. I have totally no inclination to opera but found the tour interesting, mainly because of the exceptional architecture of the building. As a general tip, it would be wise to go earlier in the day to buy tickets for these tours. Places usually run out a few minutes before the tours begin. 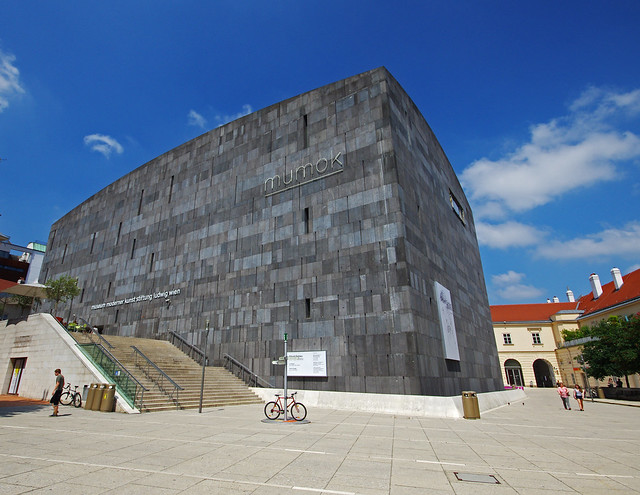 the box that is the mumok 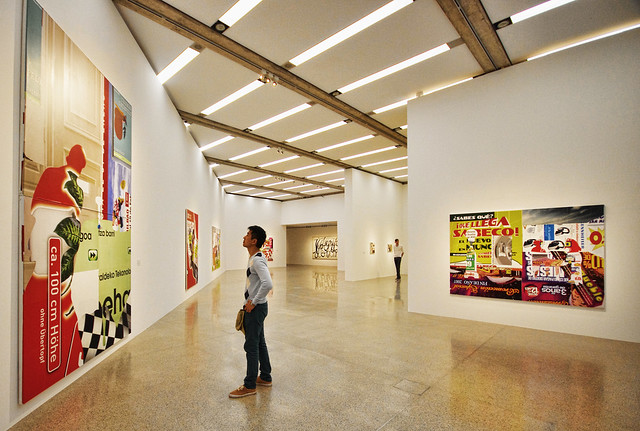 Vienna has so many museums that it has a dedicated Museum Quarter, which is basically a complex housing no less than six museums, exhibition centers and offices dedicated to the artsy types. I came here to visit a black, box-like building, the outrageous and sometimes shocking mumok, or Vienna’s Museum of Modern Art. The art works here change from time to time. At the time of my visit, the exhibition featured among other things, empty bottles and plates stuck on a canvas, a mutilated piano, a very detailed wax figure of a naked woman lying down and videos that bordered on the unspeakable. To see some truly weird stuff, Vienna’s mumok is a good place to start. 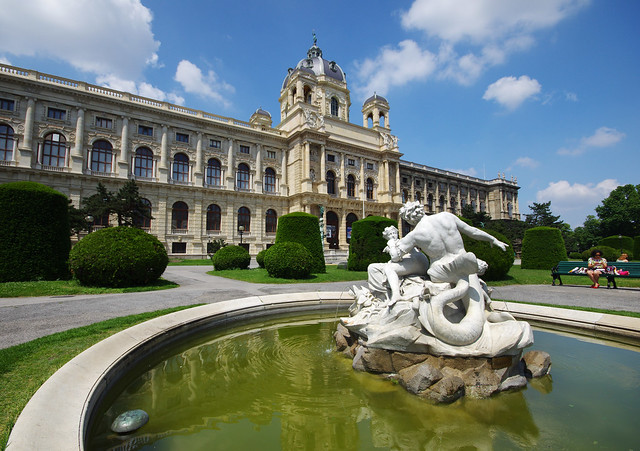 Just next to the Museums Quarter are two identical-looking buildings sitting opposite each other on a square dedicated to Empress Maria Theresa. These buildings are also museums but in contrast to the modernity of the Museum Quarter, the focus here is on tamer subjects such as natural history and fine arts. So instead of seeing graffiti on a canvas, visitors will find the likes of dinosaur skeletons in the Naturhistorisches Museum or a gazillion classical paintings in the Kunsthistorisches Museum.

If you still haven’t had your fill of museums, others to check out include:

What to Eat in Vienna

Visitors to Vienna would have undoubtedly come across the eponymous Wiener Schnitzel at some point, the quintessential Austrian dish which is essentially breaded pork. There are varying opinions of where to get the best Wiener Schnitzel in Vienna and my own experience eating this dish all across town actually led me to an unassuming restaurant of a 2-star chain hotel in the Viennese outskirts so I won’t even dare to give  a specific recommendation here. 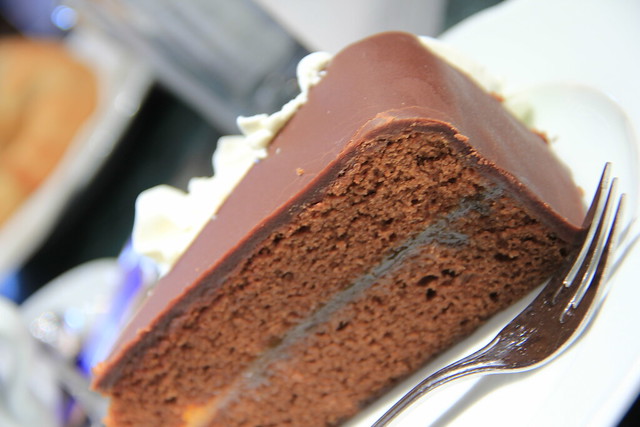 sachertorte by Michela Simoncini | CC by 2.0

The city is also filled with several coffee shops, and having morning/afternoon/evening coffee with cake seems to be the national pastime here. The pastry which many people queue for is the Sachertorte, a type of chocolate cake which was invented in the city. Many coffee shops serve their own interpretation of this cake but the most famous one is said to come from Hotel Sacher, situated just across the Albertina and a short walk from the Hofburg Palace is the Inner City.

In true Austrian style, the public transportation system in Vienna is very efficient. You can’t go wrong with the metro system – the U-Bahn, which cover most of the places that tourists visit.

But as a start, it’s highly advisable to take the tram that goes around the Ringstrasse. This is a quick way for first-timers to get their bearings of the city, especially around the area most frequented by tourists.

Where to Stay in Vienna

Star Inn Hotel Premium Wien Hauptbanhof is a wonderful mid-tier option. The property is located close to the main train station that leads to the airport. Major attractions are only a few stops away. Best of all, the hotel is new so the furnishings are in tip-top shape.