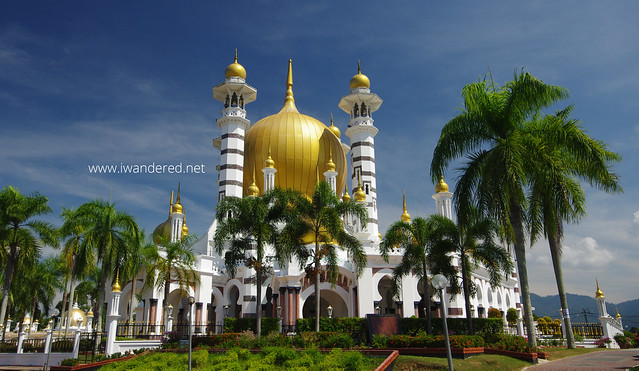 Nestled in a valley with the Perak River meandering its way around it, the royal town of Kuala Kangsar is another one of those classic Malaysian outposts replete with grandeur and serenity. Cities such as Ipoh and Taiping I could consider as laidback, but Kuala Kangsar, despite being the place of residence of the Sultan of Perak, felt empty. It was as if the whole town was a museum showpiece. We were to discover later that this assumption was not so farfetched. 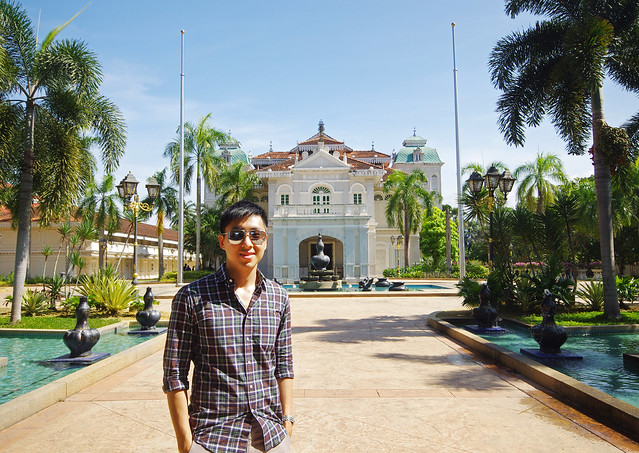 at the galeri sultan azlan shah

Our first stop after the 40 minute drive from Taiping was the Galeri Sultan Azlan Shah. Housed in a former palace, the museum is a showcase of the life and times of the former Sultan Azlan Shah of Perak. The former palace itself is an attraction, having been built in a unique fusion of European and Malay architecture. The museum pieces are best described as opulent, with tiaras, luxury watches and even Louis Vuitton bags being displayed and complemented by the ostentatious interiors that reminded me of a smaller version of the Empire Hotel of Brunei. The sultan had probably found the palace too small for his growing family, which led to the Perak royal family’s move to the hilltop palace of Istana Iskandariah later on. Unlike other museums in Malaysia, we had to pay a small admission fee of MYR 4.00 (roughly US$ 1.3) to enter. 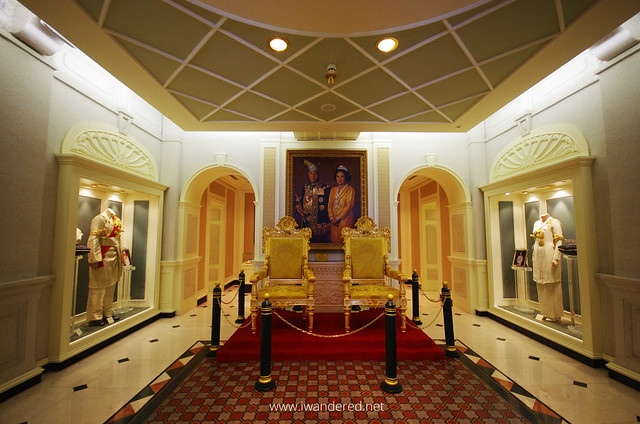 by the entrance to the galleries

Taking the same road, we drove further east until we reached Jalan Istana. Even from afar, the bulbous domes of our next destination – the Ubudiah Mosque – loomed over the horizon. It is definitely one of Malaysia’s most recognizable places of worship. Even though the mosque is surrounded by palm trees which obscure the view, there’s no denying the role this building has played in putting Kuala Kangsar on the traveler’s map. This is the default picture you get whenever you search for “Kuala Kangsar” on the internet.

What’s surprising about this beauty is that it was actually planned by British architects. That may be the reason why its dome is larger than most mosques. Could it be that the British took upon the Taj Mahal in India, then also a British colony, for inspiration? 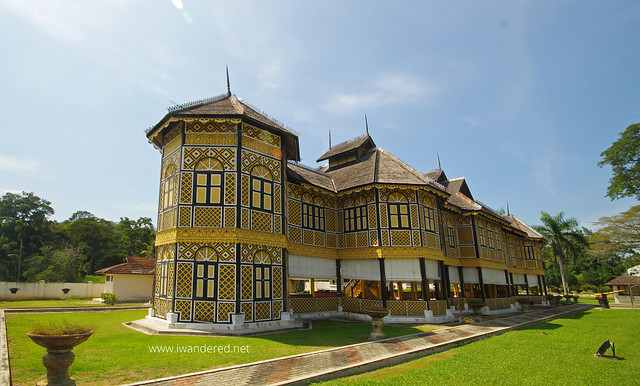 Also known as the palace of memories, this museum  is housed in a building made out of wood and bamboo without the use of a single nail. The exteriors are made out of a patchwork of yellow and green, which makes it very easy on the eyes, if not a bit mesmerizing. Admission here is supposedly free but the place was undergoing renovation during the time of our visit and we weren’t able to go in. Later on, we found that it’s been under construction for several years! Similar to traditional houses I’ve seen across Malaysia, the Istana is built on a raised platform, which I guess is quite handy when it comes to avoiding pests and unwanted creatures.

We also made a stop by the Sultan’s current residence, the Istana Iskandariah. This however, is totally closed to the public. I couldn’t even as much as get more than a partial look at the palace itself. Despite this, it’s not had to tell just how immense it is. No wonder they moved out of the other palace!

By this time, I had already seen the clock towers of Ipoh and Taiping that I didn’t give this one more than a passing glance. Admittedly, it’s also less remarkable than the other two.

How to get to Kuala Kangsar:

Kuala Kangsar is in between Taiping and Ipoh and is roughly 30 to 40 minutes from any of these two towns. There are frequent bus services connecting Taiping, Kuala Kangsar and Ipoh.