It has been almost two years since my trip to Ukraine and I still have very fond memories walking down the cobblestone streets around St. Andrew’s Descent in Kyiv. While I thoroughly enjoyed the city’s burgeoning hipster scene, I had dinner at the modern Ukrainian restaurant called Kanapa during my jaunt to this historic part of town. I don’t think I could ever forget what I had that time – Black Varenyky (Ukrainian dumplings), Chicken Kiev that was actually made from pheasant and guinea fowl as well as some delicious ribs. I look back to Ukrainian food as some of the best European cuisine I’ve had east of Italy so when I found out that the Embassy of Ukraine in Singapore was bringing Yaroslav Artyukh from Kanapa to prepare a special menu in Singapore, I knew I had to attend.

Ukraine’s profile in the minds of Singaporeans has increased in recent years after HE Dmytro Senik took over as ambassador two years ago with events presenting various facets of the local culture. This year’s event was a continuation of that and the embassy brought Chef Yaroslav to Singapore to take part in the World Gourmet Summit. For this event, he was a guest chef at Grissini in Grand Copthorne Waterfront Singapore. It has also been a while since I’ve been to this hotel and I can’t help but notice its stunning new look. 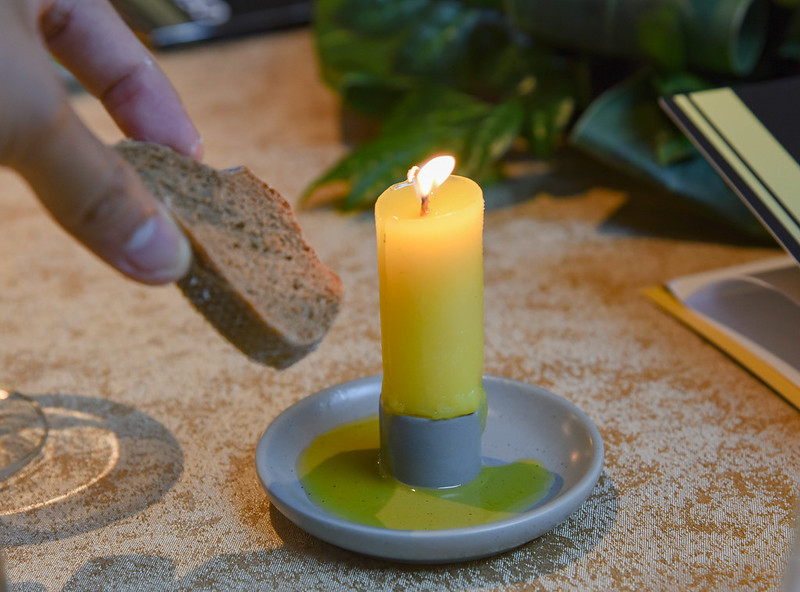 First dish in the 5-course lunch was a most interesting Edible Candle. This is essentially butter that is moulded into a candle. The butter liquifies when the candle is lit and whatever is collected at the base serves as the dip. This is the first time I’ve seen anything like it in any cuisine and while it is normal in Ukraine to dip your bread with butter, making it stand in the shape of a candle is quite innovative. 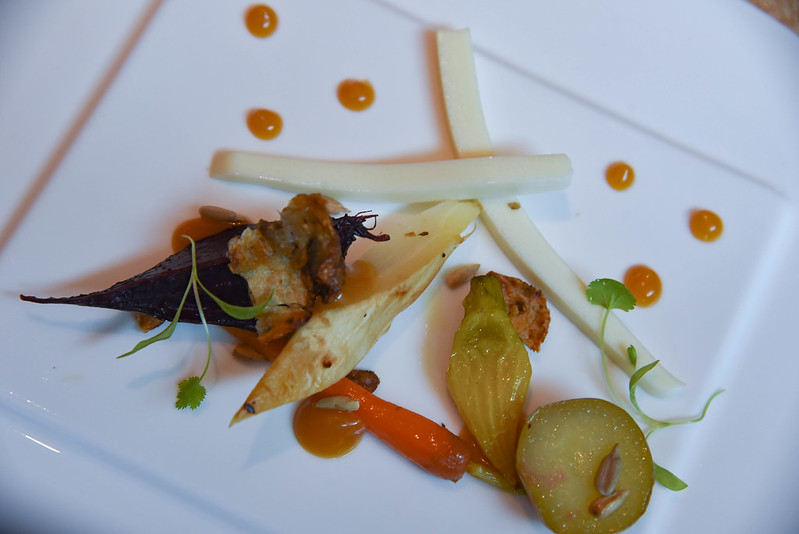 Root Vegetables are a key part of most Eastern European cuisines including in Ukraine but Chef Yaroslav adds a modern touch with the inclusion of chili and goat cheese. The beetroot was notably sweet as were the droplets of sea buckthorn sauce. 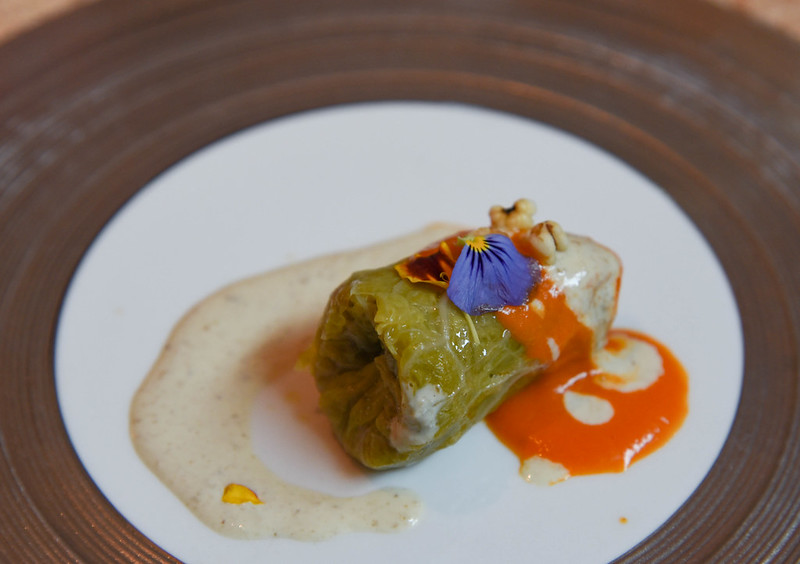 For this particular event, Chef Iurii Kovryzhenko from Vintage Hotel in Lviv who prepared the previous gala dinners for the Ukrainian Embassy in Singapore came by to act as a consultant. His fleur cuisine influence was recognizable with the next dish that came – Cabbage Rolls. If you go to Kanapa in Kyiv, you’ll find the same dish which is called Holubtsi in Ukrainian. This highly instagrammable dish earned everyone’s approval. The goat meat filling was incredibly juicy and delicately wrapped with a cabbage leaf. It is then slathered with tomato and morel sauce for that extra kick. 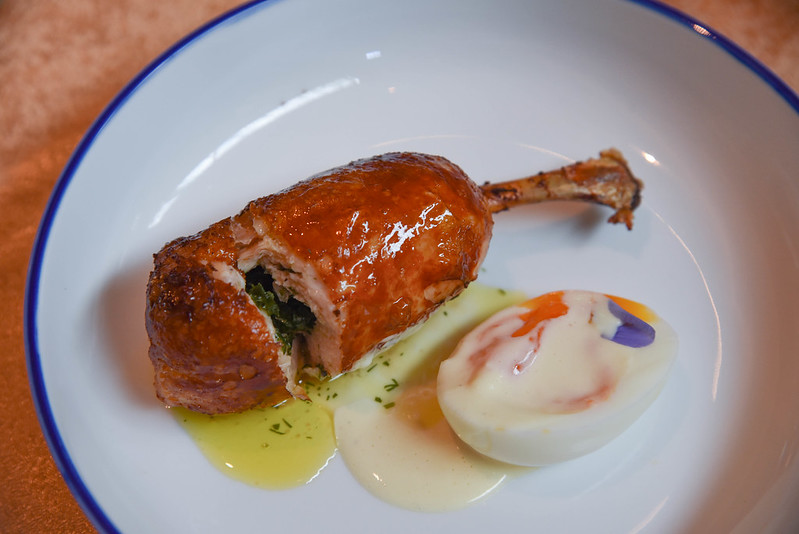 It wouldn’t be a Ukrainian meal without the famous Chicken Kyiv and Chef Yaroslav’s version is naked meaning it does not come breaded like it’s supposed to. Instead you’ll find the actual chicken skin as its exterior, done up to a crispy finish. Slice through the meat to reveal the succulent chicken within. It also comes with half of a soft-boiled egg to complete the meal.

“A Taste of Ukraine” was a special dinner organized by the Embassy of Ukraine in Singapore held as part of the World Gourmet Summit 2018 in Grissini in Grand Copthorne Waterfront Singapore on the 20th of April 2018.