Chinese New Year is again upon us! The long weekend that accompanies this holiday in Singapore is usually marked by family reunions and hearty feasts. Make no mistake about it. This is probably the time of the year when Singaporeans are at their most hospitable state. Tradition goes that people (even strangers) can’t be repelled for a home-cooked new year’s dinner, which occurs throughout the week. Sweet.

The city is generally quiet during this time of the year as almost all shops are closed. A smattering of events are usually done to coincide with the new year’s celebrations, including the “River Hongbao” cultural exposition. 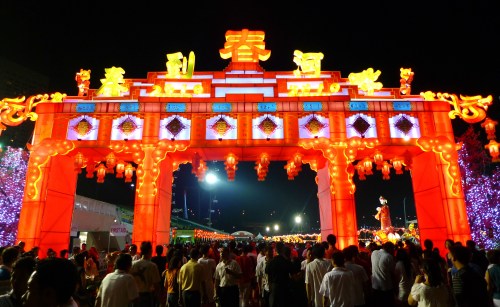 the entranceThis year's event is notably lackluster and tacky, considering I was there last year and the lighting installations then were much more impressive. Still, it's a free event. And if you've got nothing to do during this long holiday, might as well check it out. There are performances held daily at around 8pm in the evening.the god of fortune 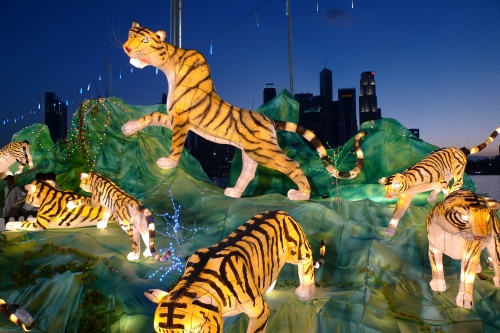 year of the tiger 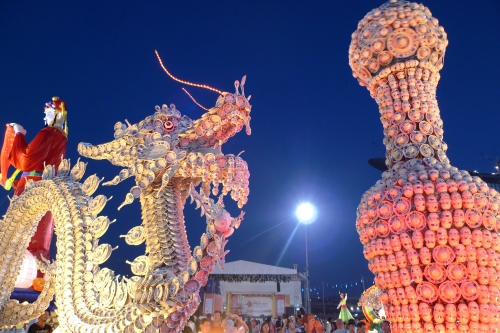 pandas on a swing - possibly the lamest display of them all 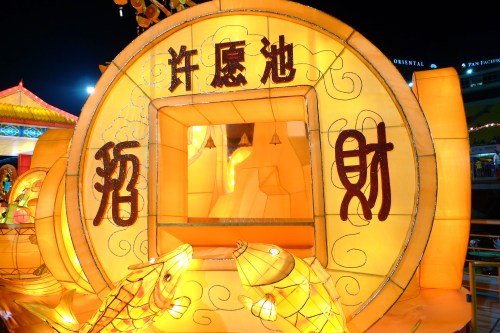 The lighting installation can be found at The Float @ Marina Bay, just behind Esplanade. It runs until the 20th of Feb (open til 11pm).