Malaga, despite being one of Spain’s largest cities (it is the 2nd largest city in Andalucia) and a transport hub for those heading to the historical sites in Seville, Granada and Cordoba, is one of the most underrated destinations in Spain and often relegated to the obligatory one-night transit. I came here expecting nothing but was pleasantly surprised by the chill vibe, pleasant coastal scenery as well as the preponderance of great eating places across the city. 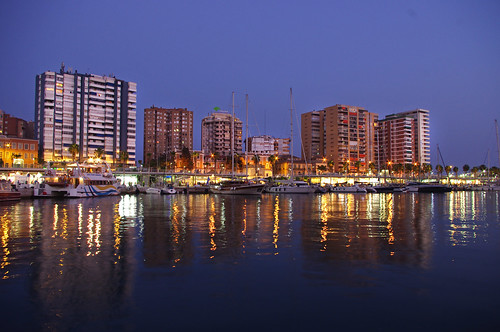 The city is located in the costa del sol, near the southern tip of Spain. Geographically, it is closer to Africa than it is to Madrid. As Malaga is situated on the coast, its weather is milder and more pleasant than Granada or Seville, where it can get unbearably hot. This city is also the transport hub of Andalucia so getting here is a breeze. Tons of budget airlines fly to Malaga from all over Europe. In that sense, lots of people do make it here but few ever get to see the city. Those who do often stay just to sleep before transiting to beach getaways like Marbella or to Granada. I made my way to Malaga after Granada, and like most visitors, did not expect much aside from the customary transit stop. But as I discovered, Malaga does have its charms and deserves at least a day of exploration.