“Where is Olomouc?” For most people, the sheer beauty of its ever so popular capital, Prague has essentially overshadowed any other place in the Czech Republic. Ask any regular Euro-tripper and they’d be hard-pressed to name more than one city in the Czech Republic – much less one in the east – which is a shame as the country has so much to offer. 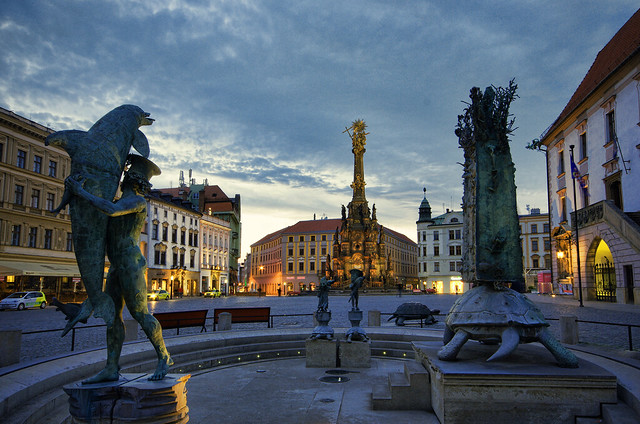 One of those less-known destinations is the town of Olomouc, in the traditional region of Moravia. This town has mostly been under the radar, even when considering it against other secondary cities in the Czech Republic such as Cesky Krumlov and Karlovy Vary. In its free downloadable guide, Lonely Planet actually lists this town as the most overlooked destination in Europe! Despite this apparent lack of awareness among travelers, I found Olomouc to be a really beautiful city. I stopped here for a day on my trip between Wroclaw and Budapest and found it to be a more manageable town to navigate in, but just as captivating as the other great cities of Europe.