The guests trickled in one-by-one after I stepped into La Dame de Pic at Raffles Hotel Singapore for lunch in the middle of the week. It has been about a year since I have last dined at the first Asian foray of renowned chef, Anne-Sophie Pic. Two years on and there is still a good crowd to be seen despite coming on an off-peak day. Not only do you get the exquisite classical ambiance of the Raffles Hotel Singapore as a backdrop but you also gain an understanding of Chef Pic’s culinary philosophy without having to fly to France – collectively she has 7 Michelin stars under her belt. The Singapore outlet of La Dame de Pic is helmed by new Chef Francesco di Marzio who has worked with Chef Pic for years before coming to Singapore in early 2021. 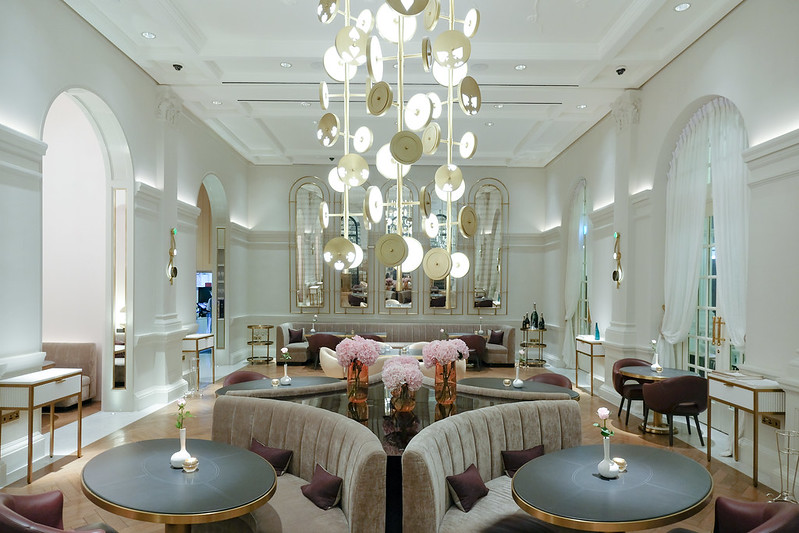 To get to La Dame de Pic, enter via the hotel’s grand lobby. However, owing to the current situation, hotel staff members will instead usher you via a side gate. If you are coming on foot or by car, the drop-off point is still via the hotel main entrance.