The SATS Premier lounges at Changi Airport are among the most heavily used lounges in Singapore. These lounges are present in all three terminals and all in all, around 20+ carriers have a contract with them. Their facilities are also open to Priority Pass holders. As I had a flight out of Changi Airport Terminal 1 recently, I decided to check out the SATS Premier Lounge. 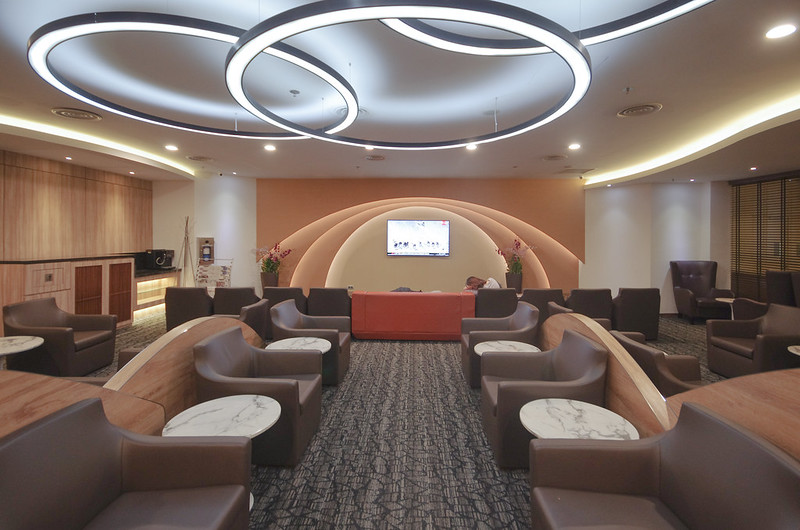 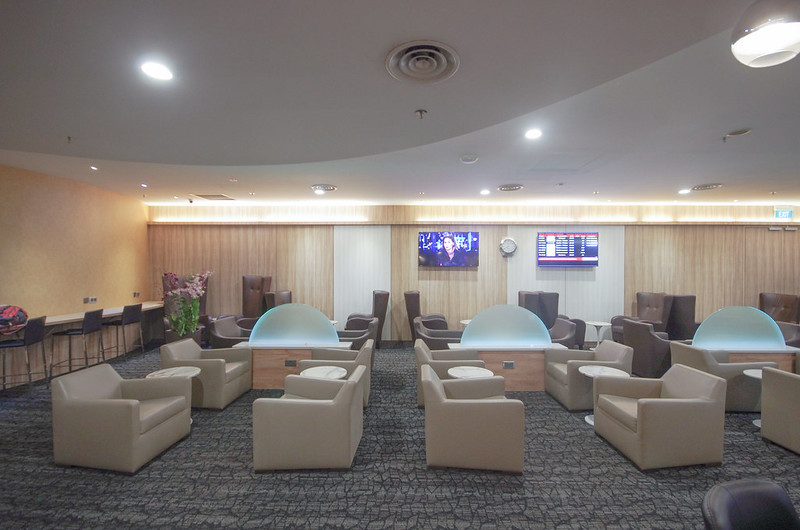 While it is the oldest among the three, the SATS Premier Lounge at Terminal 1 was renovated not so long ago and is probably the most visually appealing of the lot. For the Terminal 1 facility, carriers such as Air China, Philippine Airlines and Turkish Airlines use the lounge and it can get pretty busy in the evenings. 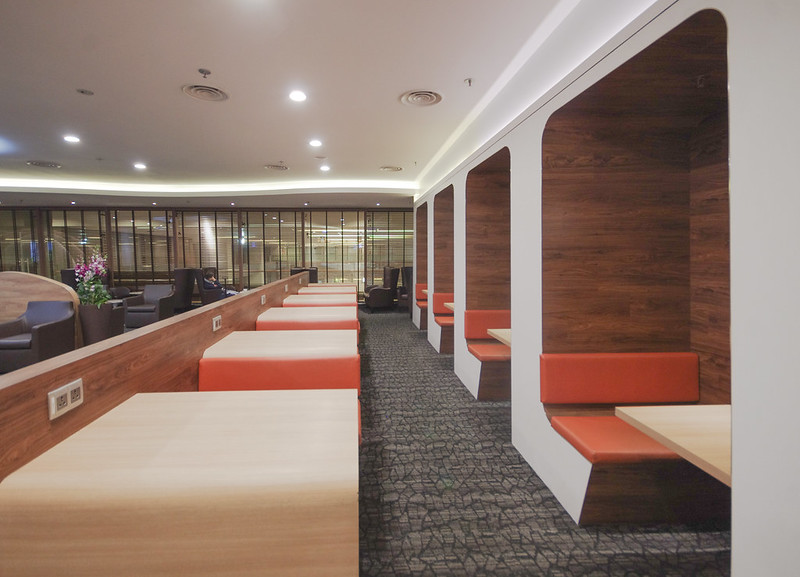 That being said, the lounge is huge and users can select among different seating formats – from low armchairs to counter type seats. Personally, I prefer the space age mini booths for that extra privacy and the ability to get some work done in relative comfort. 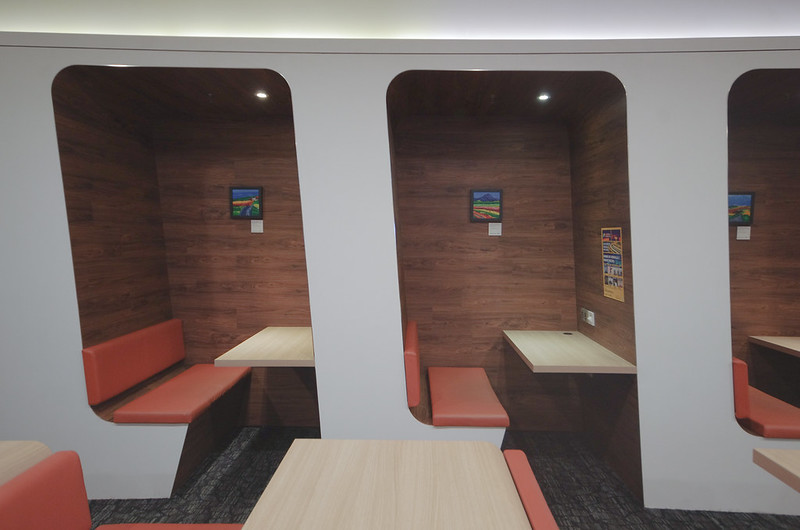 Most seats – regardless of type – come with charging stations to allow users to boost their gadget’s or phone’s juice right before their flight.

At one far corner of the lounge, there are private booths that come with Samsung-branded tablets to allow users to surf – a departure from the usual PC stations found in lounges elsewhere. For relaxation, one can also find some massage chairs. 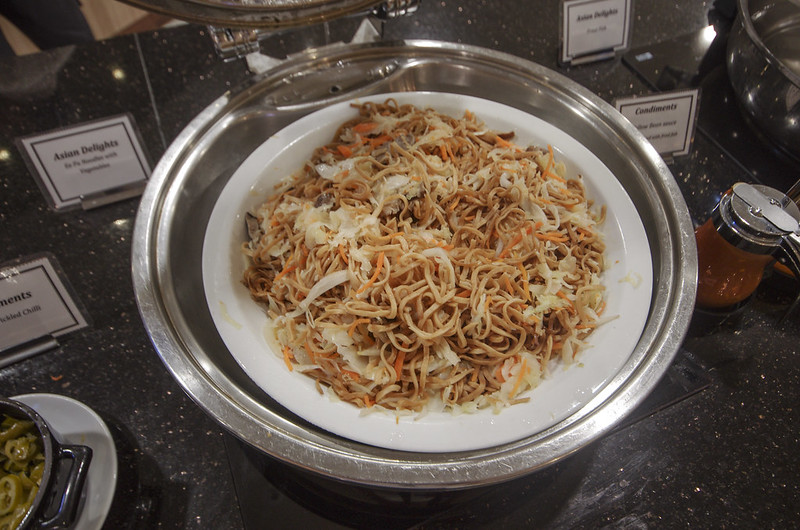 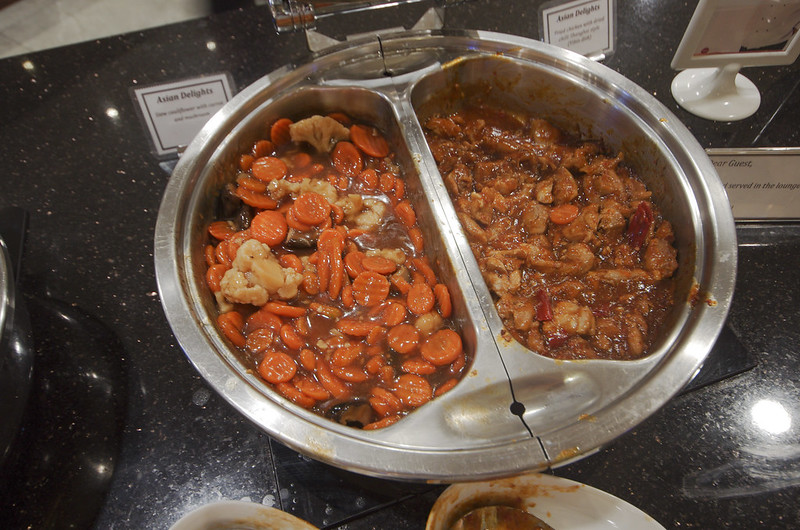 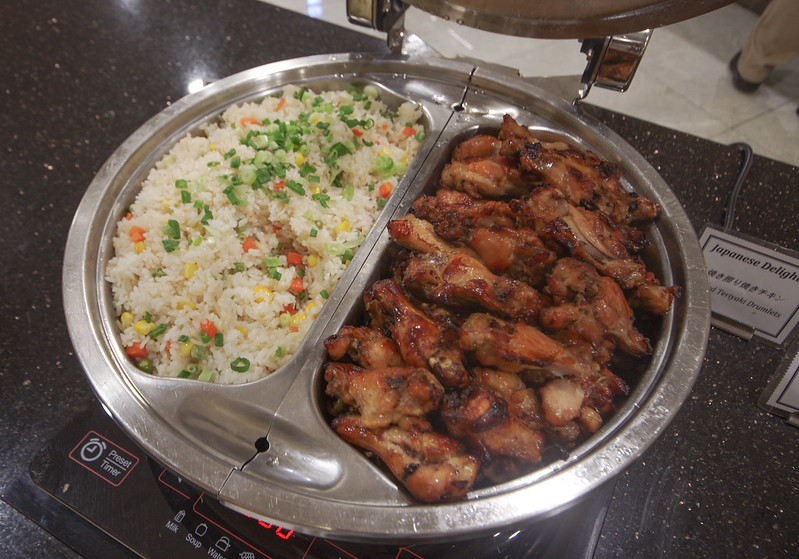 One positive aspect of the lounge is the buffet. While the spread is pretty basic, there’s actually a greater number of dishes being offered as compared with other Priority Pass lounges in Singapore. When I dropped by the same lounge in August, SATS Premier Lounge was offering a Singapore-themed buffet to commemorate the country’s national day. There was laksa, char kway teow and satay being offered. The regular buffet in other months still has a noticeable Singaporean element to it. Made-to-order laksa is available year-round, for example. My personal favorite is the excellent chicken congee which is regularly offered in the mornings. 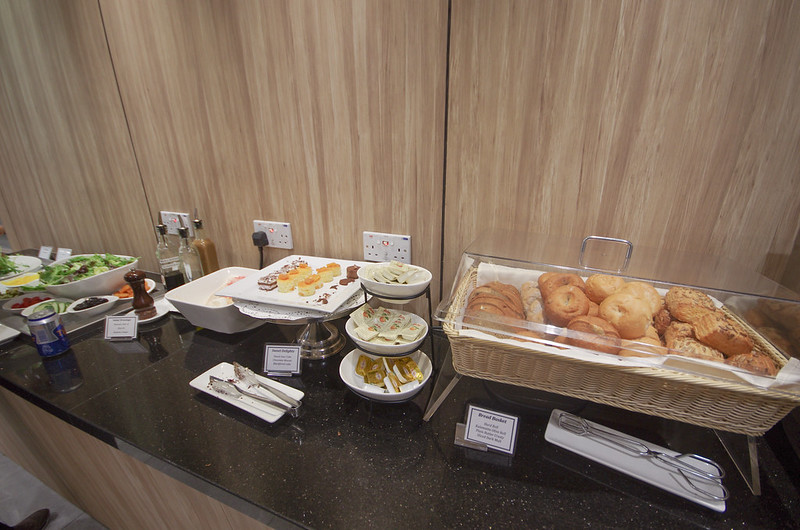 Aside from hot dishes, there is also a pastry section with different types of bread. For something healthier, there is a fruit basket that is regularly replenished. 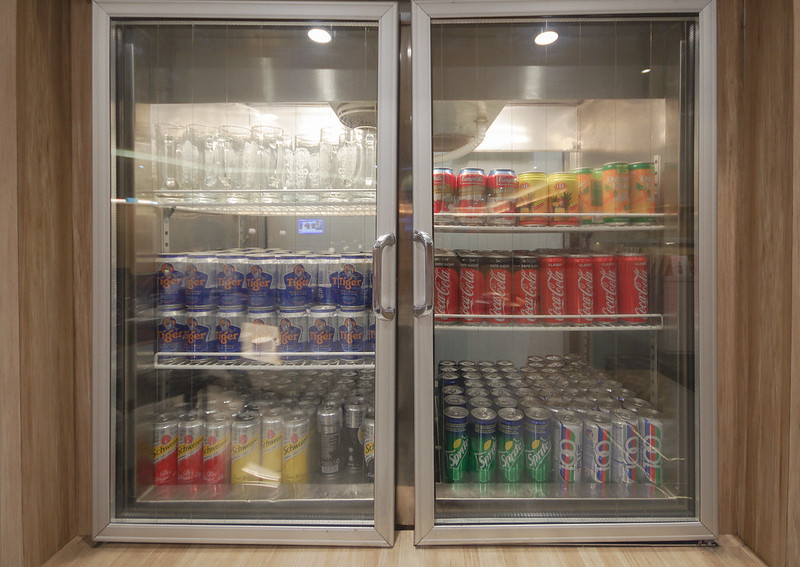 The drinks section of the lounge offers a practical array of drinks. Almost everything non-alcoholic is canned. 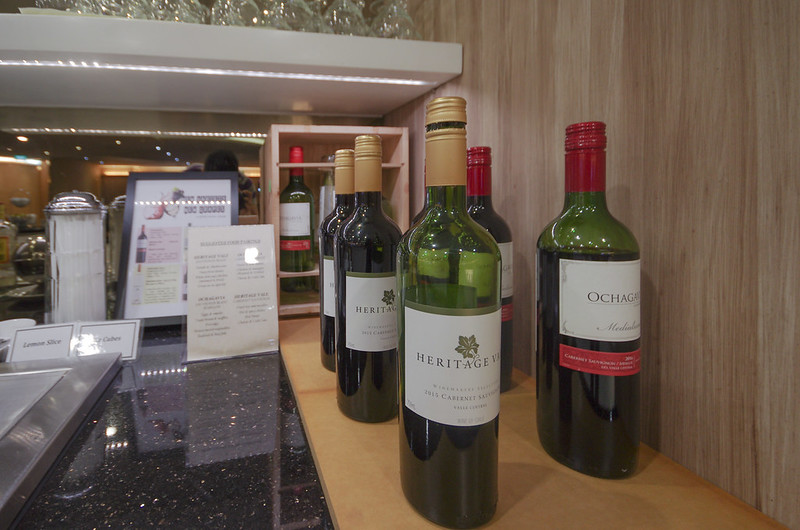 Beside it is a modest alcohol section. What I found interesting about it are the wine pairing suggestions being displayed. I would typically expect something like this in more high-end affairs. 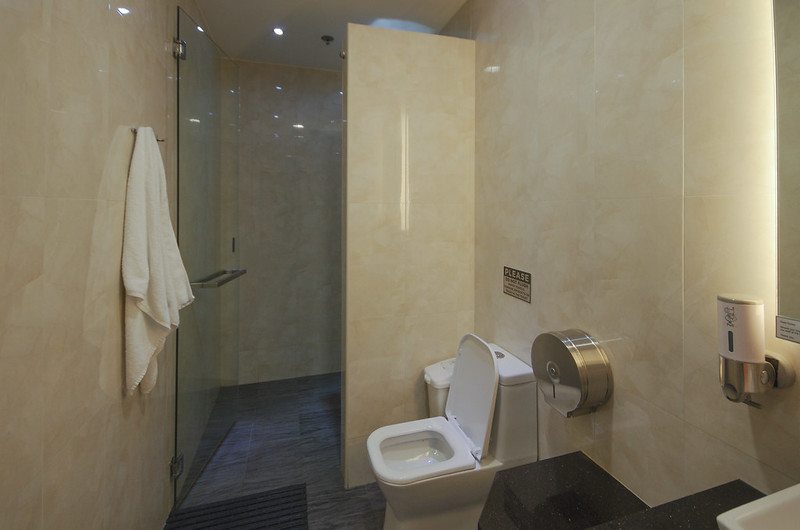 The great thing about Priority Pass lounges in Changi Airport is that most of them have shower facilities so you have quite a number of choices in case you find yourself having to queue in one of them. The shower rooms at the SATS Premier Lounge at Terminal 1 are markedly nicer than their shower rooms in Terminal 2 (just no). The Terminal 1 version comes with marble fittings, your own toilet and sink plus plenty of spaces to put your bags and hang your clothes – what’s there not to like?

When it comes to Terminal 1 Priority Pass lounges, there are still certain things that I’d consider elsewhere for – such as the delicious spicy tuna sushi rolls and the slightly better ambiance at the Plaza Premium Lounge a hundred meters away. However, if you’re the type who’d rather stay put in one place, the SATS Premier Lounge is probably your best bet. Among the three you can choose, this lounge wins in terms of food and drink variety, space and facilities.