Occupying the site of the old Army and Navy Club, the Rizal Park Hotel is a new boutique hotel located a stone’s throw away from Luneta as well as the U.S. Embassy in Manila. The 110-room hotel was developed by Oceanville, the same company which painstakingly restored the property to its former glory. 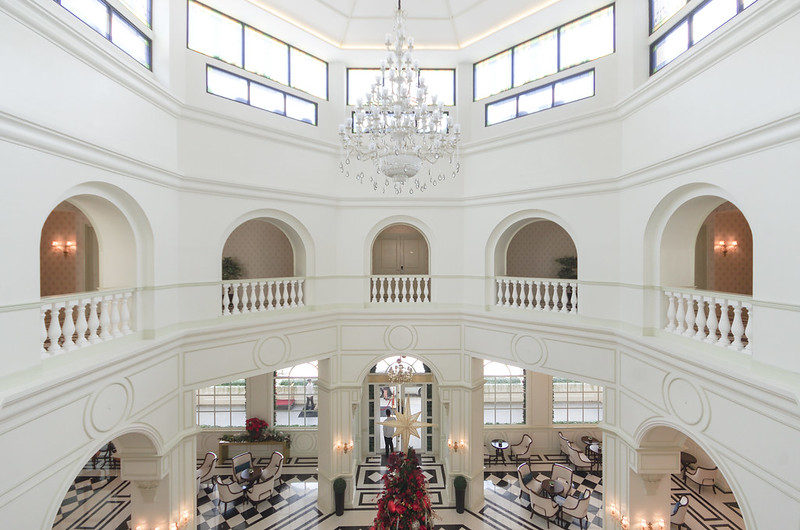 The building housing the Rizal Park Hotel dates back from 1911. Interestingly enough, it is actually older by 1 year than the Manila Hotel which is a short walk away. The handsome building has had a varied history. It was used as a bomb shelter during World War II and saw some years of use as the city’ architect office in the 1960s. Due to deterioration, the site was degraded to become a construction site for Christmas lanterns and also as a warehouse for the Manila city hall. The restoration of the current building into the Rizal Park Hotel marks one of the very rare instances when heritage buildings in Manila are actually restored and put into good use. 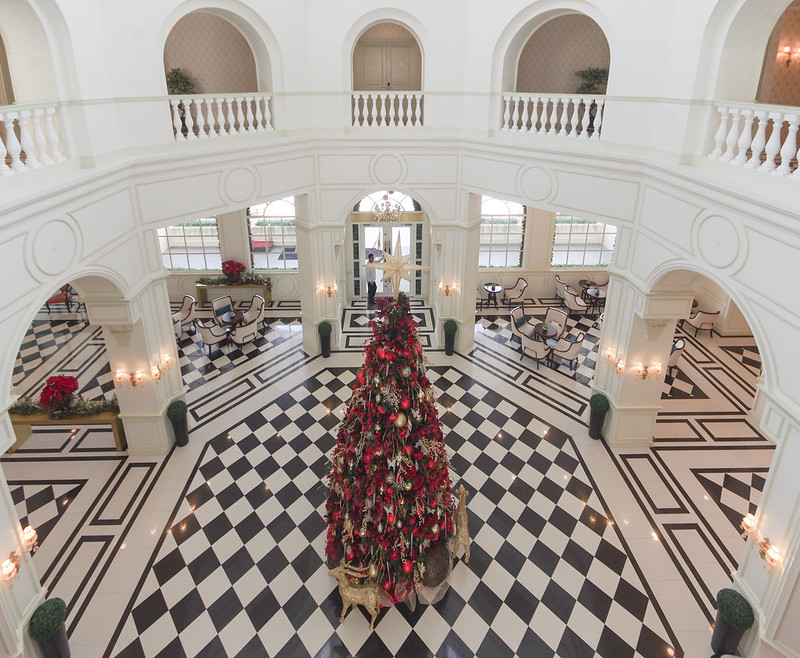 Entering the hotel for the first time, I was awed by the grand lobby which seemed a lot more imposing than what one would expect from a boutique property. As with heritage hotels elsewhere in Southeast Asia such as the Raffles Hotel in Singapore or the Sofitel in Hanoi, the interiors are decked in white with alternating black and white checkered tiles lining the floor. The look is decidedly colonial – a theme that can only be found in perhaps two other hotels in Manila (one of them being Manila Hotel next door). A better comparison perhaps where hotels are concerned would be the Fullerton Hotel in Singapore – a colonial building which originated for some other purpose but was restored to become a hotel. 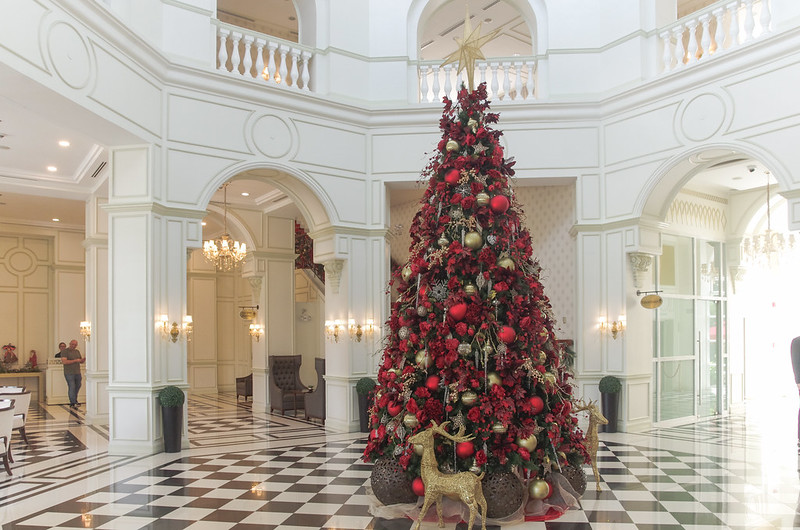 Anyway, I digress. The hotel opened only in the third quarter of 2017 but has been seeing a good occupancy rate due to the unique proposition at a relatively more affordable rates than other heritage digs. Upon providing my details, I was given my keys in no time. The reception also explained to me that breakfast was included in my stay by presenting me with breakfast coupons. 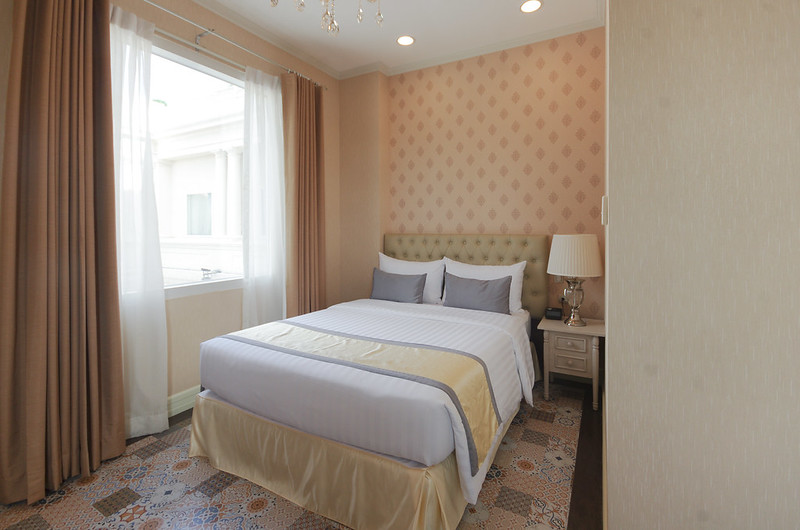 The Rizal Park Hotel has 5 room types ranging from the entry-level Deluxe Room to their version of the Presidential Suite, the Army Navy Club Suite located at the center of the 2nd floor. For this particular stay, I was billeted one of the Deluxe Rooms. It’s of modest size, at around 24 square meters. As a tip, the deluxe rooms located at the end of the halls are relatively bigger, as was mine. 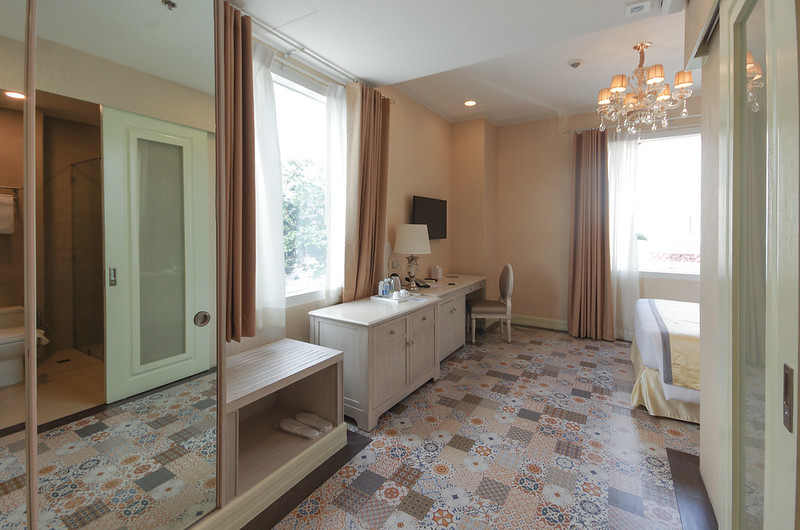 The colonial theme permeates the rooms. You won’t find carpeting here (a relief for people who are allergic like me) and instead you’ll find patterned tiles that are not too dissimilar from those you see in hotels in Indochina. 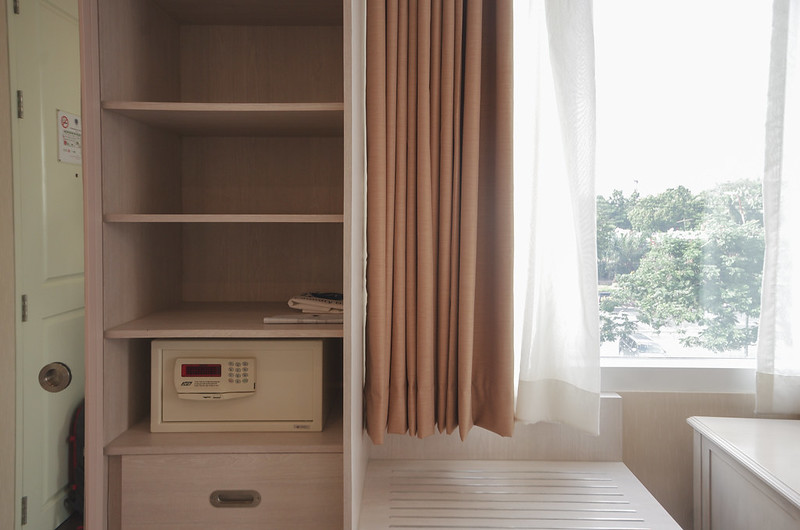 The furnishings evoke an old-world style that is in keeping with the theme of the hotel. Tea and coffee-making facilities are provided, as are 2 complimentary bottles of mineral water.  The cabinet contains an in-room safe. It is also worth noting that irons/ironing boards are available upon request. 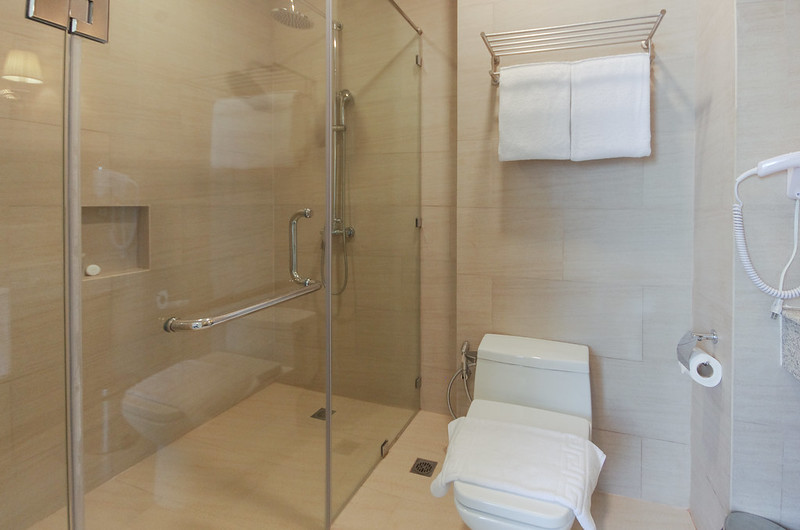 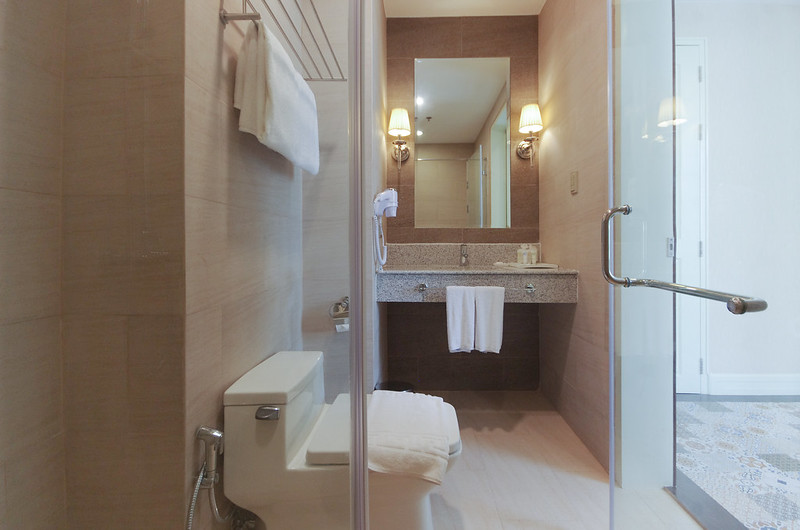 The Deluxe Room at Rizal Park Hotel Manila does not come with a tub (higher category rooms do) but I thought the rain shower did just fine. Toiletries are of the in-house brand but the hotel provides the complete set including shaving kits and toothbrushes. What I particularly love are the thick and fluffy instead of the standard bath towels provided – a rarity for this price range in Manila. 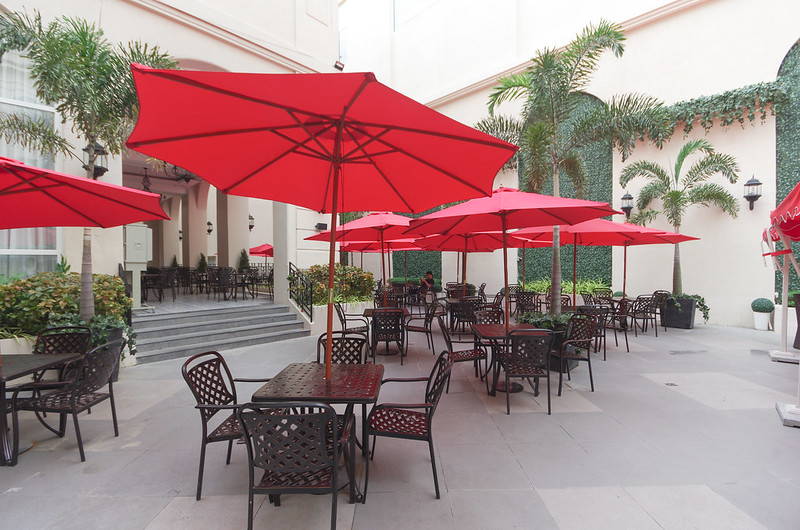 During my stay, the annex of the Rizal Park Hotel was still in the midst of completion so I was not able to check out the swimming pool and the gym which the new building is supposed to contain, aside from more rooms. 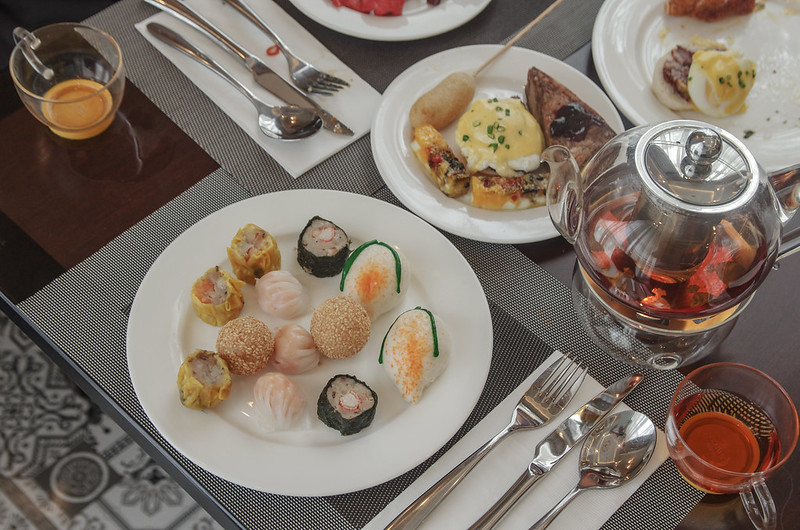 The hotel has one restaurant called Cafe Rizal. I had my breakfast here but the venue also serves lunch and dinner menu aside from ala carte items. In case you did not manage to book the room inclusive with breakfast, you can pay extra to have breakfast here. At Cafe Rizal, it costs Php 850 nett and is served from 6AM to 10AM daily. For that price, you get quite a diverse range of items including dimsum, (there are plenty of types of dumplings here), Japanese sushi rolls, a nice Filipino assortment, western fare such as bacon, scrambled eggs and even ham as well as pastries. There are quite a number of premium items. I even spotted Lapu-Lapu (Garoupa) fish head in the buffet spread while having breakfast there.

Overall, I enjoyed my stay at Rizal Park Hotel. As a boutique hotel concept, it offers a city escape for residents seeking a staycation by offering something different. For foreigners, it offers a peek into the grandeur which defined Manila back in the early part of the 20th century. This uniqueness is not merely for aesthetics as it also has heritage value. The Rizal Park Hotel Manila shows that the relatively uncommon initiative of heritage conservation can also be commercially viable. Hopefully, more buildings around Manila will be saved as well.