The Plaza Premium Lounge at the Hong Kong International Airport is one of the flagship lounges of the Plaza Premium Network. The lounge is open to Priority Pass holders and while the Priority Pass website cites two lounges at Terminal 1, there are technically three of the group’s lounges in the Hong Kong Airport. While most people scurry to the “main” lounge at the East Hall near Gate 1, not many know that there is actually an adjacent lounge to the right with its own entrance – an annex with newer and nicer furnishings as well as the same type of food as in the main lounge. 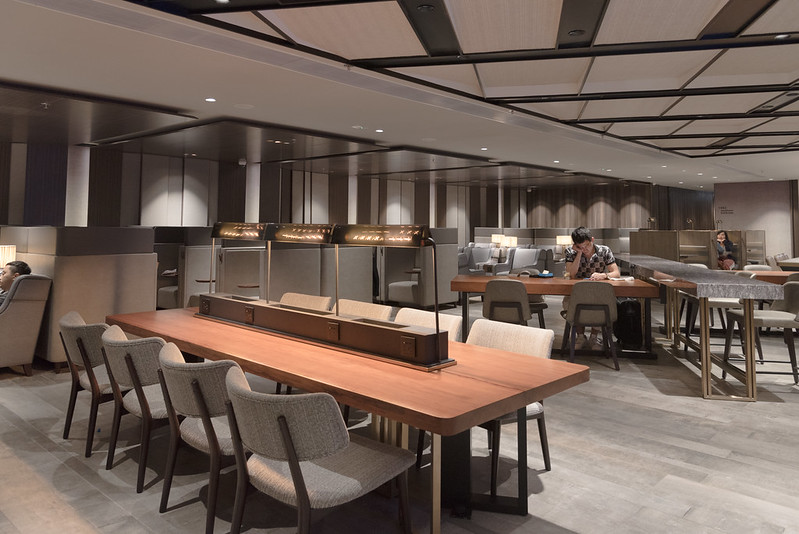 While I was transiting in Hong Kong International Airport for a flight out to Osaka (KIX), I chanced upon this hidden “annex.” Entering it for the first time, I could see right away how much better the interiors are. The seating spaces are mostly decked in dark leather which a great alternative to the sometimes musty and furry corduroy furnishings next door. 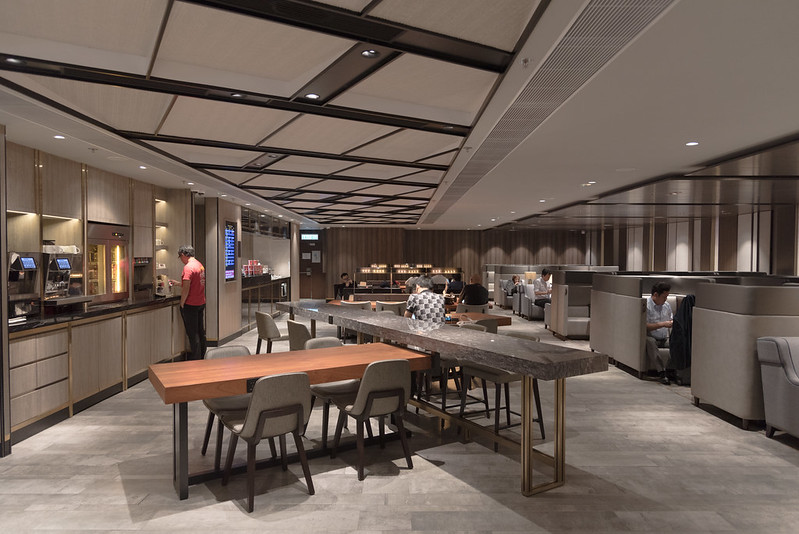 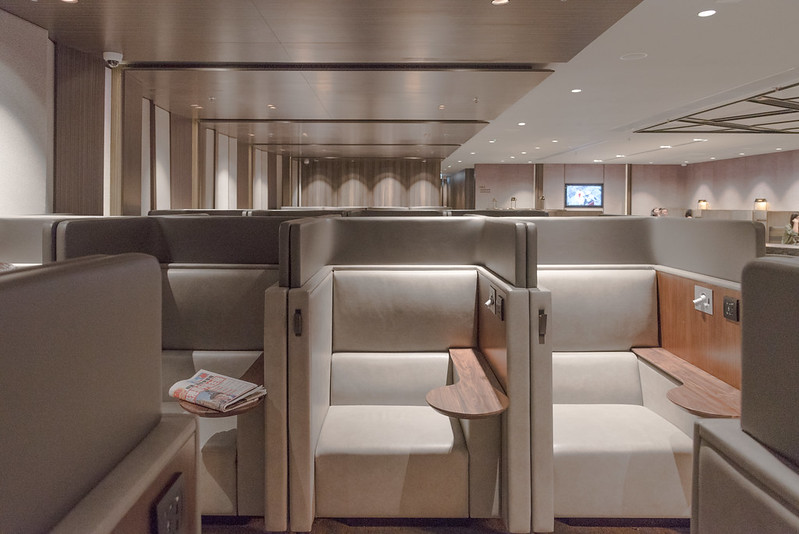 There are also a number of seating formats available – from welcoming co-working types to private booths. In between, there are also dining tables for those looking to have a hearty meal inside the lounge. 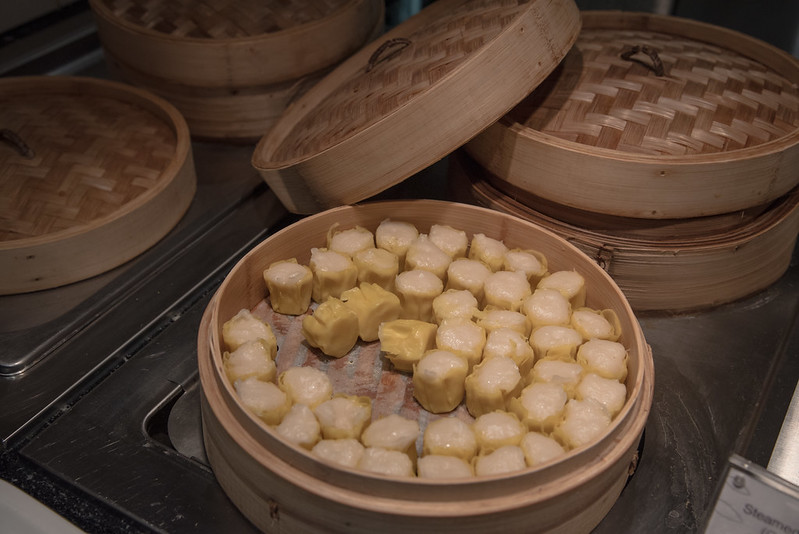 Speaking of meals, I have visited quite a number of Plaza Premium lounges in airports such as in Singapore, Kuala Lumpur, etc and often find the buffet spread maintained at a bare minimum during twilight hours (i.e. past midnight). I was at the Plaza Premium Lounge in Hong Kong International Airport at around 1AM and was pleasantly surprised by the hearty spread. I will let the photos speak for themselves. 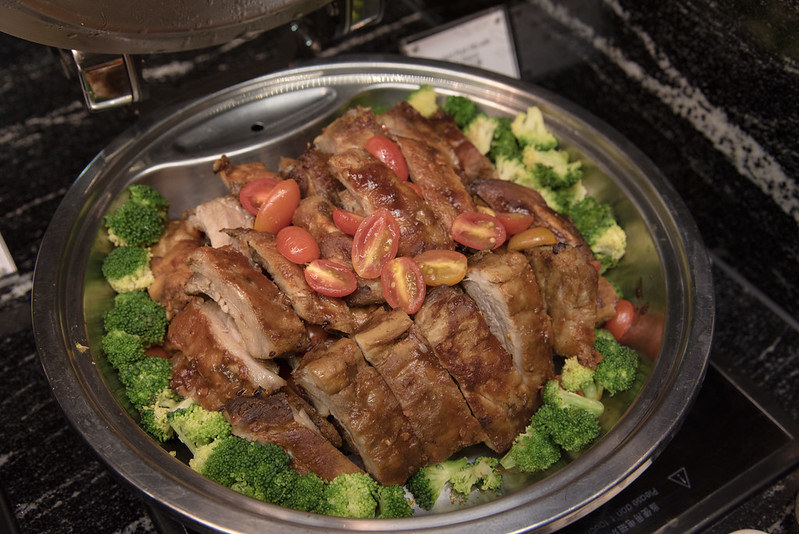 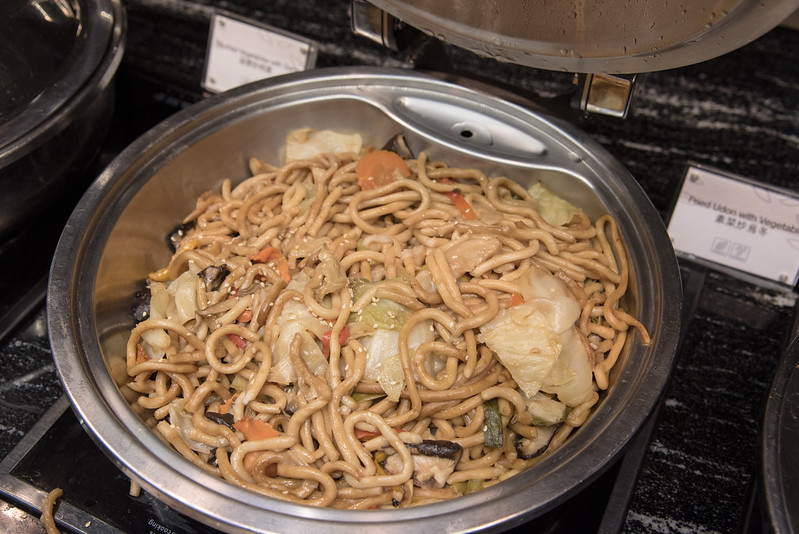 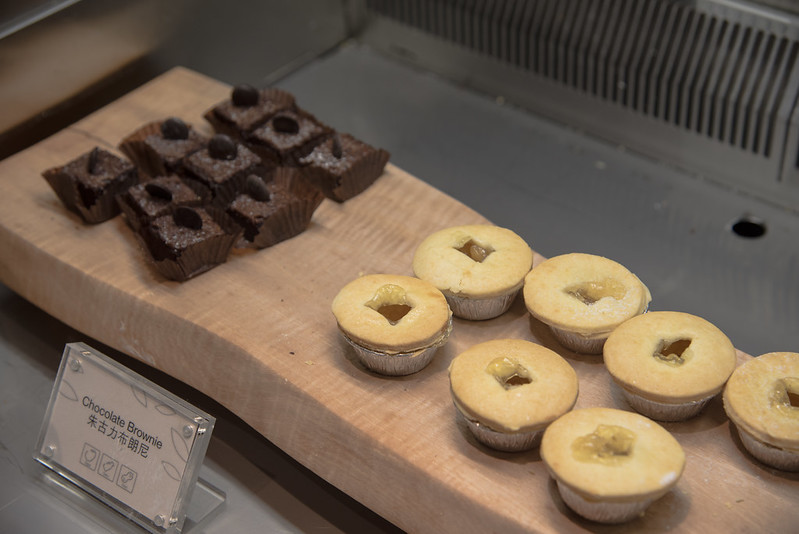 There was a nice variety of food for an airport lounge and these ranged from western dishes to hearty local fare such as dimsum and steamed buns. There was even dessert in the form of cakes and tarts. The live station was closed as it was after midnight. Despite the odd hours, I could still see several staff members clearing plates in a timely manner. 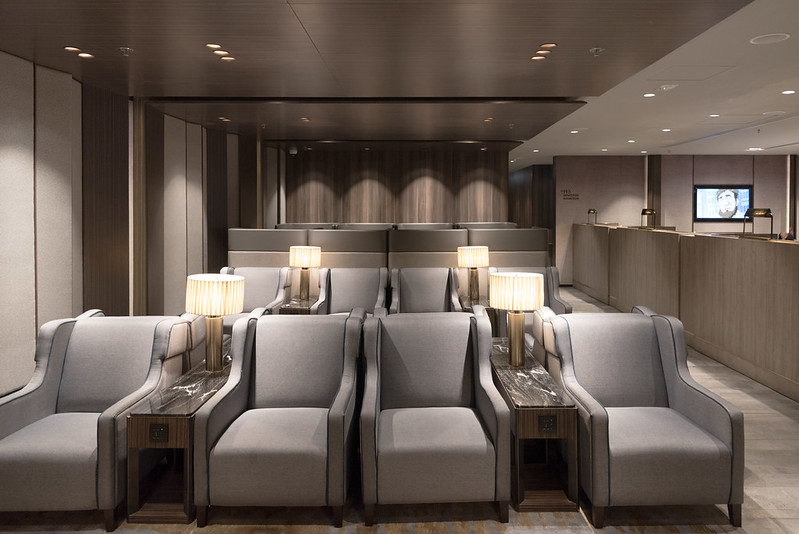 What this lounge lacked were newspapers as well as other reading materials. I did note that the main lounge next door had them but I thought this was not a biggie, especially if you prioritize comfort.

The lounge also comes with shower facilities. I had wanted to check out what they looked like but both were occupied during my transit.

Overall, I thought the Plaza Premium Lounge at Hong Kong International Airport was a step above their lounges elsewhere. As mentioned previously, the fact that they still had a sizable dinner spread at 1 in the morning speaks for itself. Among their lounges in this airport, I recommend spending your time at the newer annex. It’s definitely a lot better in terms of ambiance.