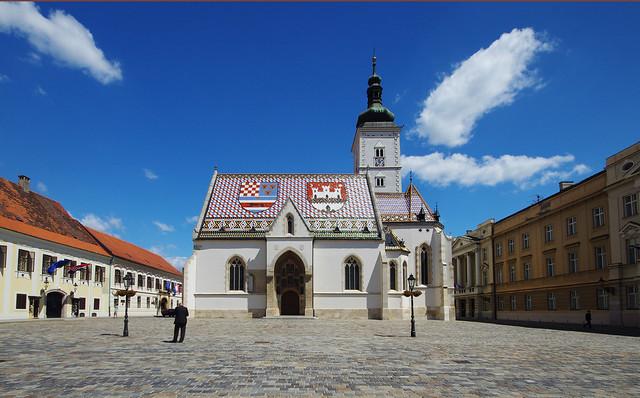 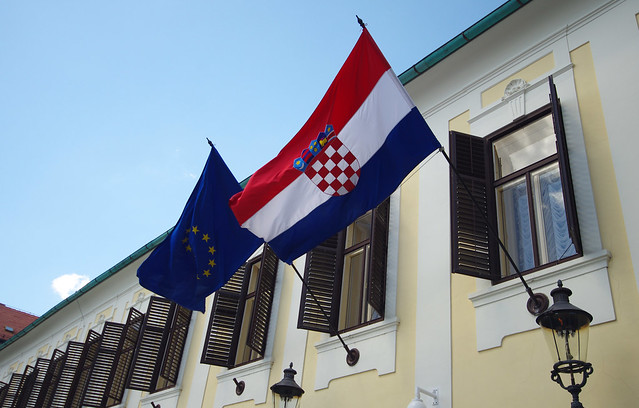 Tourism is one of Croatia’s major industries, but in Zagreb, people were more preoccupied with other matters. Only meaning to use the city as a transit stop, my stay here was also an accidental one. For the first time in the tourist-filled continent of Europe, I was constantly being stared at. The fact that I was in a not very touristy city had pros and cons. Things in Zagreb were noticeably cheaper, and lacked the discriminatory pricing I found in more visited cities. Crowds were few and far between. But at the same time, the lifestyle was still very much European so travelers looking for an Eurotrip experience wouldn’t be disappointed here. This was not surprising as Croatia was due to join the European Union in a few weeks’ time. We were there just before the big party. 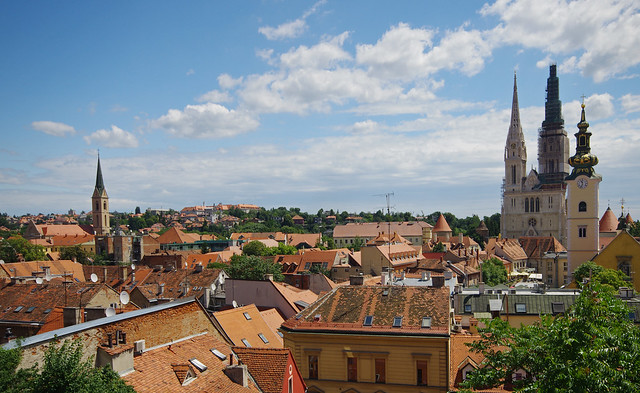 the skyline of zagreb’s upper town

The thing about Croatia is that it has two sides – the more famous laidback, Mediterranean side that one finds in cities like Split and Dubrovnik and the more serious, no-nonsense side that characterizes the northern interior. Zagreb is right at the heart of the latter. No surprises then that the city folk, though friendly, lacked the warmth that we were to later find in the more touristed spots of the country. 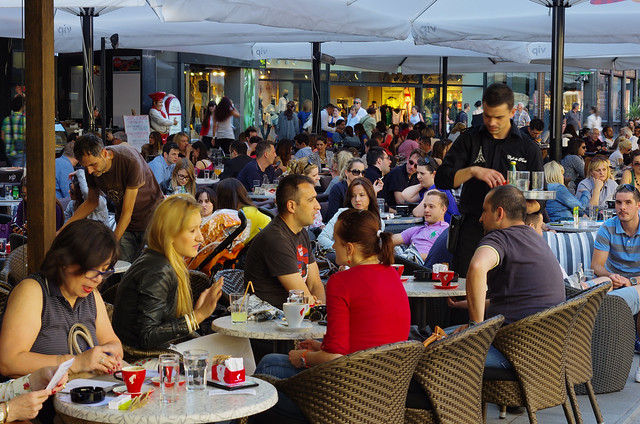 the cafes are jampacked! never mind that it’s a wednesday afternoon…

This being said, I noticed the people’s general inclination for cafes. It seemed like the #1 business in the city, with the city folk chatting for hours with friends and family while sipping on their daily dose of caffeine. It’s a trend that I normally witness all over Europe, but it seems as if the good people of Zagreb take the cafe culture to the extreme, with coffee shops remaining jampacked with people lounging for hours even during weekdays, and at the height of the European crisis no less 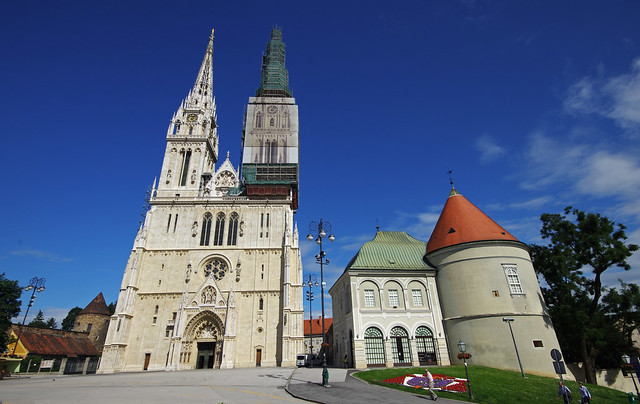 The city center of Zagreb is divided into an Upper and Lower town. After spending some time walking around, it became evident to me how the naming came to be. The Upper Town is elevated and choc full of historic things to see. The seat of government is located here, while the Kaptol, or the Cathedral of Zagreb -a must see- is only a few minutes’ walk away. Strolling around the Upper Town, it’s not hard to see how deeply Catholic Croatia is. Altars would be set in public places, with dozens of worshippers praying by the road side. It’s a scene that I don’t often see today in secular Europe.

The Lower Town on the other hand, is not as dense and has more open spaces. Grand, Austro-Hungarian inspired buildings such as the Mimara Museum and National Theater can be found here, as well as the train station. The best way to appreciate the place is to do as the locals do. Find your own spot in a cafe and have your own caffeine fix. I saw people randomly bumping into their friends and acquaintances while strolling in the parks, window-shopping by Jelacic Square or sitting in a street side cafe. For a city of 800,000 people, Zagreb at the time of my visit had the relaxed atmosphere of a small town, a far cry from its position less than 20 years ago when rocket attacks due to the Balkan Wars made the city, along with the rest of Croatia a no-go zone. 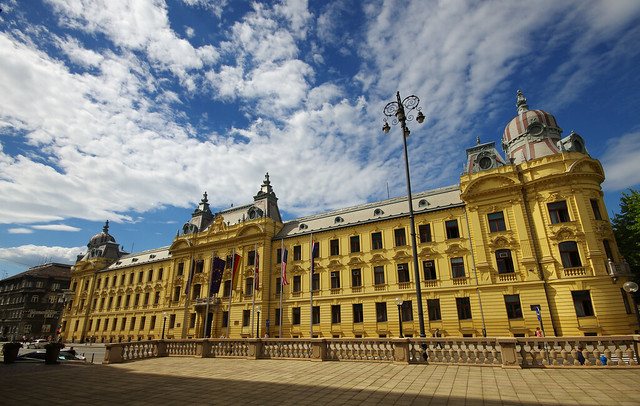 Overall, my one day trip in Zagreb defied my expectations. The thing I like about Zagreb is how walkable it is. Never mind the steep incline that marks the separation between the Upper and Lower Towns, the center of Zagreb is very pleasant especially in spring, early summer or autumn. The streets are clean and the buildings have character. It’s a good place to spend a few days to see a different side of Croatia. Because trust me, unless one spends more time in the northern interior, the rest of the country don’t look and feel the same.

Many major airlines, such as Air France, British Airways, Lufthansa, Qatar Airways and Turkish Airlines, fly to Zagreb. Chances are, it’s only 1 transit stop away from your nearest major city.

Looking for a place to stay in Zagreb? You can compare for the best prices on hotels in Zagreb HERE