The unassuming space that is Moosehead Kitchen & Bar in Telok Ayer Street has always piqued my interest. As I am constantly on the lookout for interesting dining spots to try near my workplace, I’ve gone through the many eateries around Telok Ayer and Amoy Street. I love the thriving scene of independent restaurants in the area and some of them are personal favorites. Moosehead Kitchen and Bar is an oddity to me despite having tried the venue for lunch before. Its midday menu mostly consists of quick fixes such as burgers (which are great as well!) but it is the dinner offerings which really stand out.

Three years after discovering the venue, I finally managed to try Moosehead Kitchen and Bar for dinner and I must say the food did not disappoint. Three years is a mighty long time for a small venue such as Moosehead and the fact that they are still attracting a good crowd to this day probably says a lot regarding the food here. 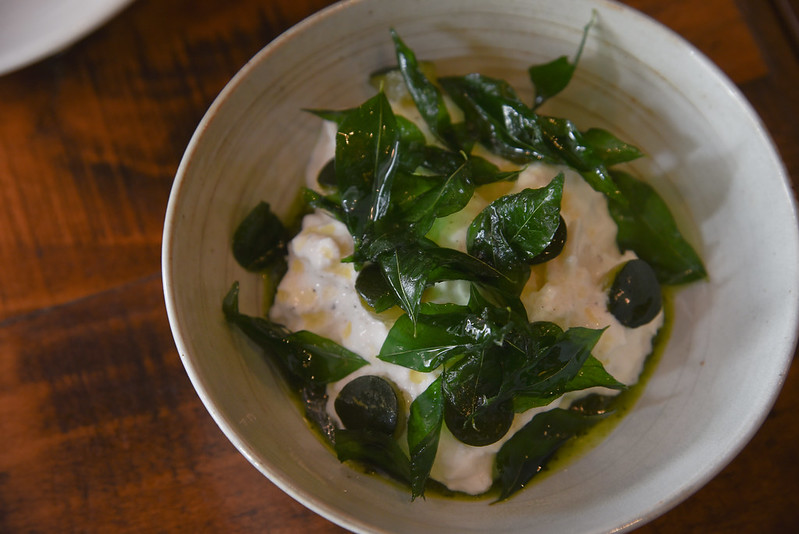 I enjoyed the variety of flavors found in the Burrata, zucchini, Thai basil pesto, curry leaves (S$21). Compared to the typical Burrata which is mostly creamy and sweet, I could also make out a hint of sourness brought about by the zucchini pickled in chardonnay vinegar. 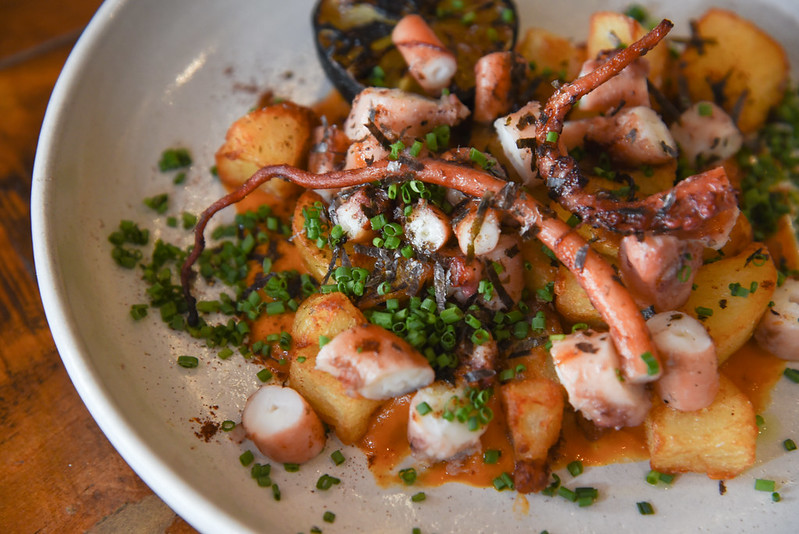 Octopus is a relatively tricky item to cook and many I’ve tried were either too rubbery or charred to bits. However, I thought Moosehead did the Octopus, fried potato, red pepper puree, paprika ($30) well. It’s helped in no small part by the sous-vide preparation followed by a short grilling over at the binchotan. This allowed the octopus to retain a chewy texture on the inside with a slightly crispy exterior. 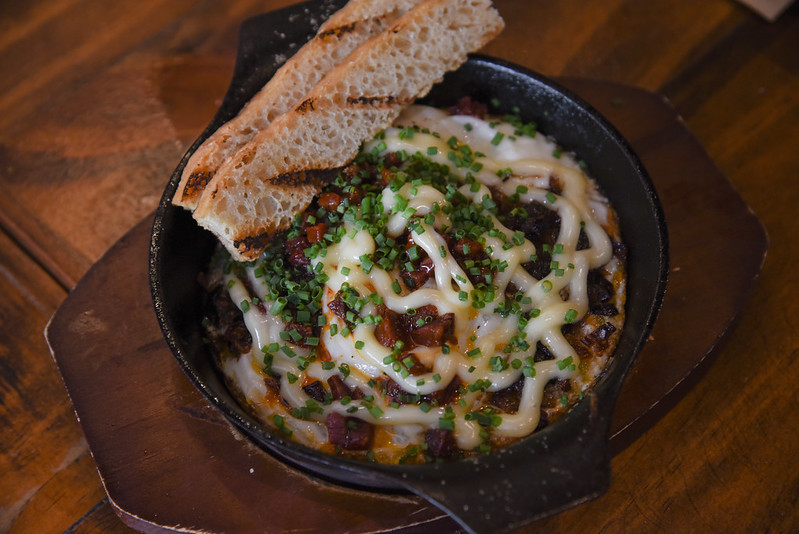 The Inka fried eggs, chorizo, aioli and olives ($12) is a curiosity as I thought it was more apt as a brunch dish rather than something one would have for dinner. Nevertheless, I enjoyed the good dose of protein. The chorizo was also a highlight. 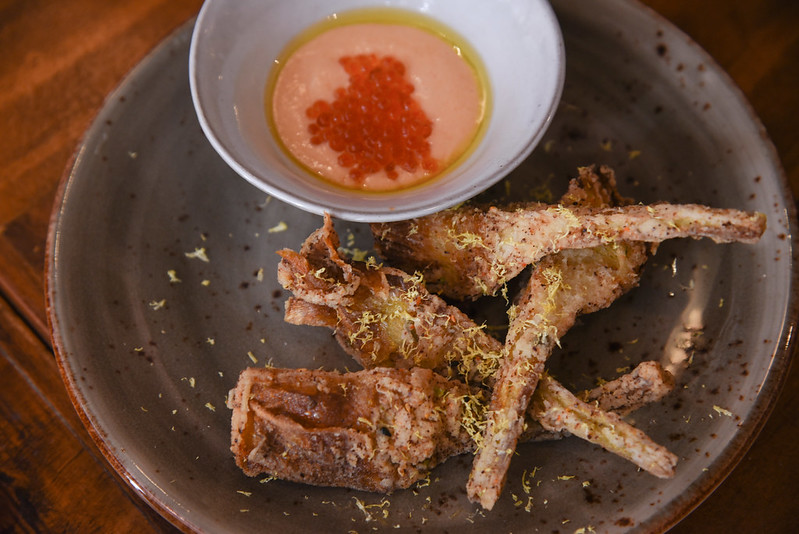 Among the starters, I enjoyed the Fried Artichokes, taramasalata, salmon roe and lemon (S$12) the best. I never imagined artichokes, for the lack of a better term, to be so yummy but it far exceeded my initial expectations. It comes with mentaiko on the side which was a tad salty for me. The fried artichokes were good enough to eat on their own. 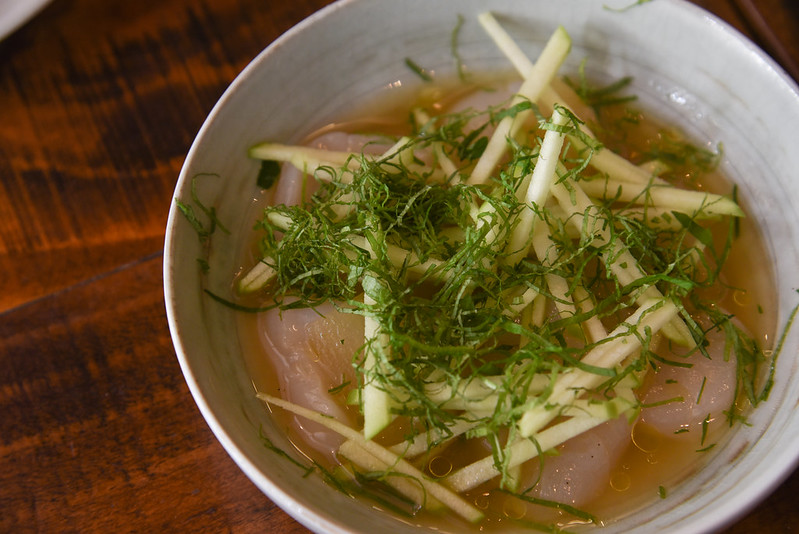 I also loved the Hokkaido Scallop, crudo, apple, yuzu, wasabi ($21). The scallops are thinly slice but based on the diameter, one can tell how plump they are. Eat them along with the shisho leaves garnishing to really appreciate that refreshing zing. 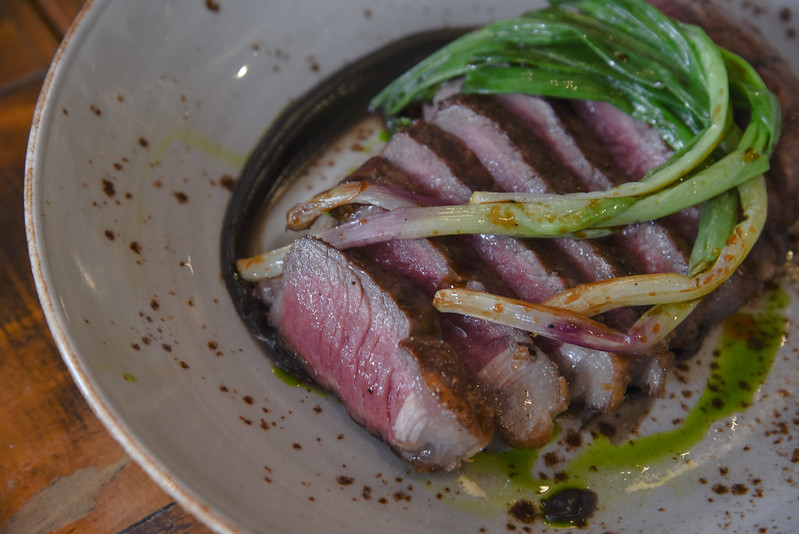 My favorite among the mains was the O’Connor Beef Sirloin 300 gms (S$62). Moosehead uses grass-fed Irish beef for the sirloin and these are grilled at 53 to 54 degrees celsius. The wonderfully tender texture is notable while the mushroom ketchup provides an extra kick. 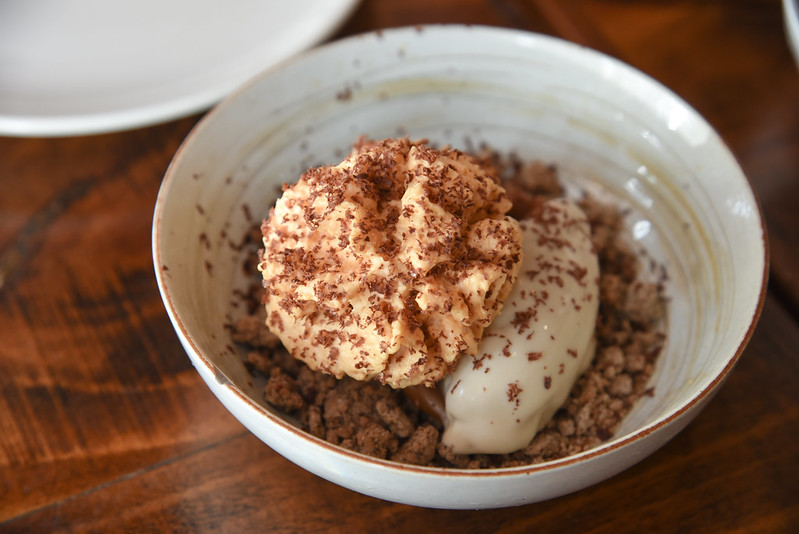 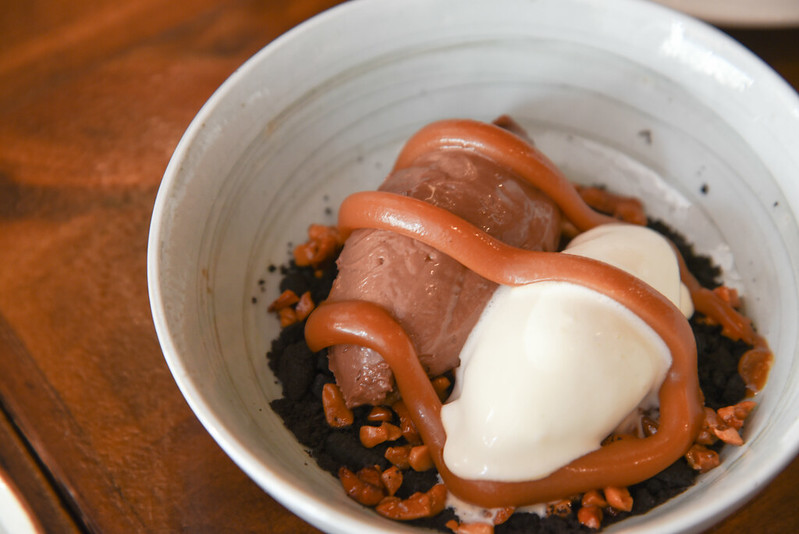 We ended the meal with two desserts. I liked the Banana ice cream, cookie crumble, toffee ($10) in particular due to the salted caramel foam that came along with it. The Chocolate mousse, salted caramel, vanilla ice cream ($10) was another winning dessert. It’s quite obvious at this stage that I love caramel. But seriously, I thought the chocolate was notably bitter (there’s 66% dark chocolate in there) which provided for a good juxtaposition with the sweet caramel sauce.

More than three years on and Moosehead Kitchen and Bar continues to reinvent itself by introducing new menus and holding pop-up events. This is one venue that really seems to be punching above its weight.

This was an invited media tasting. All opinions are my own.