New Zealand is widely known as the filming site for many a Lord of the Rings films. The films were very popular, which meant that the spectacular scenery of the country was watched by millions. Looking back, the films probably did more for New Zealand’s tourism industry than any other marketing campaign and it was a great tie up between their tourism ministry and Peter Jackson (the director of LotR) who incidentally is a Kiwi. 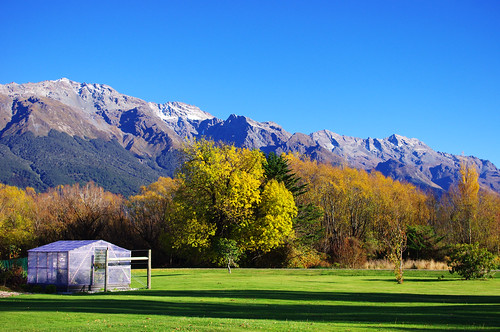 From Queenstown, we hired a 4WD vehicle and took a morning drive to Glenorchy on the northern edge of Lake Wakatipu. Some of the LOtR filming sites are situated within the vicinity. It was another great day as the clouds cleared up and the sky was as blue as can be. The drive took just less than an hour and covered a distance of 45 kilometers as we traversed past stunning mountains in the horizon.

the view on the drive to glenorchy

Glenorchy is a very picturesque town and it has the reputation of being the gateway to many natural attractions in the nearby area. The town is close to many popular long walk routes (this is called tramping and the walks usually cover 2-3 days on average). It lies near the borders of Mount Aspiring National Park and Fiordland National Park. Both are considered to be UNESCO World Heritage Sites and I clearly saw why. 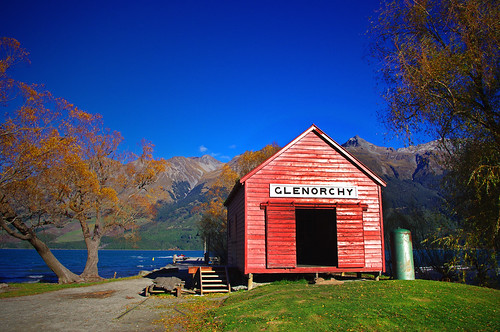 the boat house at glenorchy

In Glenorchy, we made just a brief stop at the boat house – a funky colored landmark near the dock. For a well-connected country like New Zealand, it is sometimes hard to believe that road access came to a place like Glenorchy only 20 years ago. Prior to that, townsfolk traveled to the nearest urban center (Queenstown) by boat through the lakeside dock near the boat house. This red house today serves as a museum containing photos from that period of time. 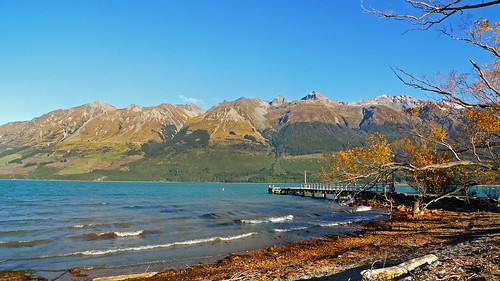 the view from glenorchy’s jetty

We also passed by some of the most luxurious resorts in the country. This includes Blanket Bay, a luxury property where Brad Pitt and Jennifer Aniston had their honeymoon (well, we know how that went). They had reportedly booked out the entire hotel to maintain their privacy (rooms start from NZD 775 per night and go up to NZD 2,000+ per night). 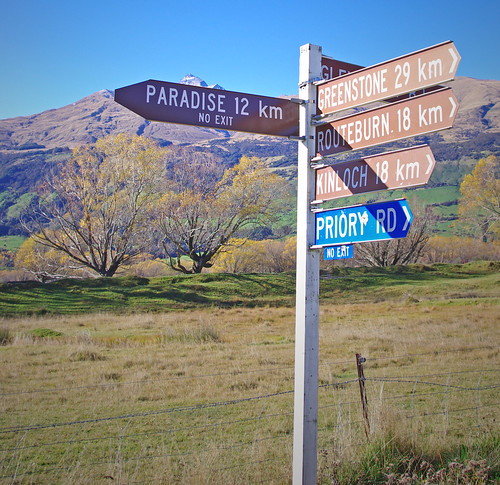 the place is REALLY called paradise

From the town, we headed north past some of the best scenery I’ve seen in my life. We were heading for the highlight of the day’s trip. Situated just a few kilometers from Glenorchy, this was a place literally named Paradise and I could not find any more appropriate name to it. Wide open fields, lakes teeming with abundant life, snowcapped mountains free of pollution or any visible manmade destruction – places like these justify the moniker of New Zealand as “God’s own country.” If anything, I believe a place like it can inspire even the laziest homebodies to become outdoor enthusiasts in a heartbeat. 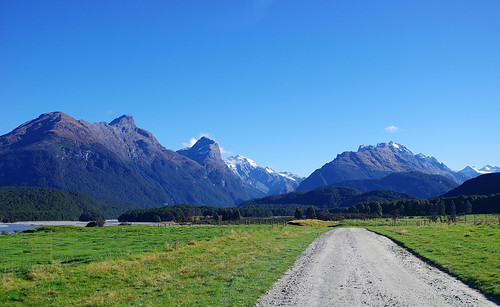 some scenes of the lord of the rings were filmed here

Hollywood seems to appreciate what Paradise has to offer as well. Notable films such as Lord of the Rings and Wolverine were filmed in the area. The filming was done in a very sustainable manner such that no trace of the activity can be found today, and certainly the filming sites would not be evident to me were it not for some reading up I did beforehand.

To appreciate the scenery and our limited time there, we just stopped, set up a table outside, cooked some pancakes on a small stove and sat for the view. It was simple but it was amazing. We did nothing but at the same time it was really satisfying. I would have wanted to go for a 2-day hike up the Routeburn given the great weather but unfortunately, prior booking was necessary. 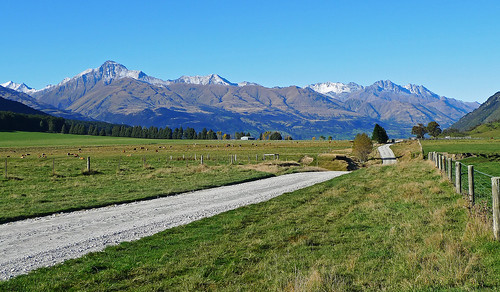 the view on the way back 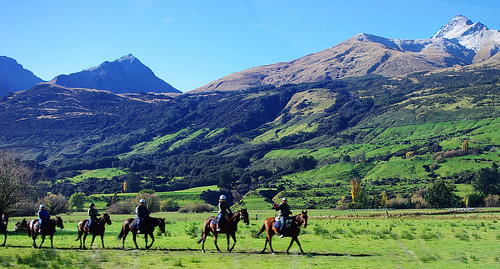 How to get there: From Queenstown, drive on the Glenorchy-Queenstown road situated on the edges of Lake Wakatipu which takes about an hour. You will first reach a quaint town called Glenorchy which is great for a short stop or you can just go straight via the Glenorchy-Paradise Road. Just go straight to reach Paradise.