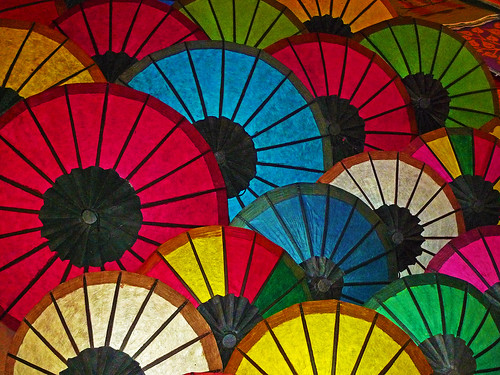 I had high hopes for Luangprabang – given that it is a UNESCO World Heritage Town after all and I heard quite a lot of rave reviews about it, both from friends and from independent travel magazines. But after we had crossed into the city limits, it looked like any provincial town in Southeast Asia. The town is quite spread out, but the overwhelming majority of the attractions are actually situated in the main street called Sisavangvong Road.

After arriving, we checked in Vanvisa Guesthouse to drop our bags. The place has received positive recommendations from travelers but the house admittedly looked quite aged. It was still an hour before sunset so we walked to Phu Si Hill to witness a good panorama of the town. When we arrived on the summit, the place was already filled with tourists jostling to catch a good glimpse of the sun. Honestly, I didn’t know what the fuss was about. Certainly, the sunset even from my own hometown was better than that! 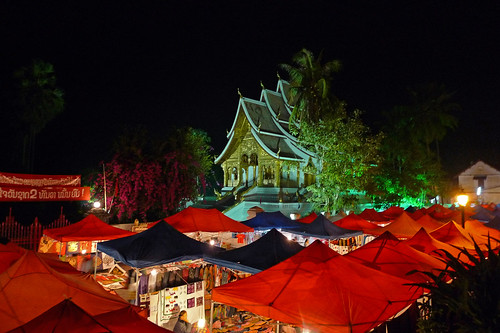 Wat Ho Pha Bang with the night market below 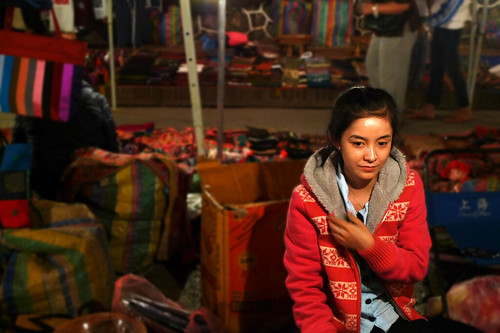 one of the sellers in the night market, she seems lost in thought

By this time, the famous Luangprabang night market had started below. On display were a bunch of knick-knacks and kitschy souvenir items which certainly don’t break the bank. It stretched across the entire main street, which is also filled with restaurants, cafes and travel agencies specializing in tours of the vicinity. We found one that offered a good deal to Pak Ou Caves and Kuang Si Falls for the next two days. 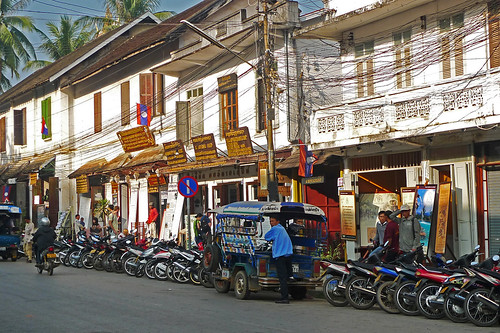 Luangprabang street scene in the morning

We started the next morning by witnessing the daily monks almsgiving on the main street. What used to be a religious ceremony has turned into a tourist trap, with photographers getting as close as possible to the action. Afterwards, we wandered around the small town on foot. Luangprabang is dotted with many small, charming temples which date back from a few centuries ago. The most notable of these are Wat Ho Pha Bang, Wat Sensoukharam and Wat Xieng Thong, the latter being the most important temple in Luangprabang. Although not as majestic nor as awe-inspiring as the temples of Angkor or Bagan, the ones in this town are finely detailed and often cladded in gold. 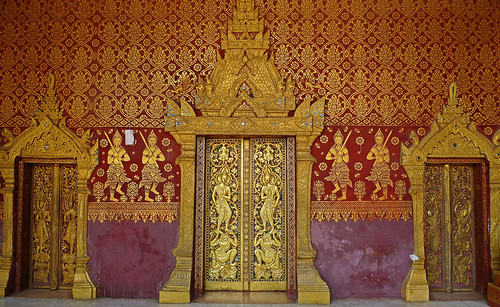 the details at Wat Sensoukharam 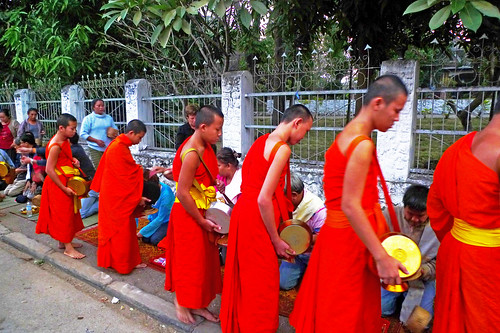 Aside from the temples, Luangprabang is also known for its chillout vibe – as exemplified by the cafes / bistros / boulangeries that abound. The food is pretty authentic – and it’s probably the cheapest place in Asia to get fine French food. 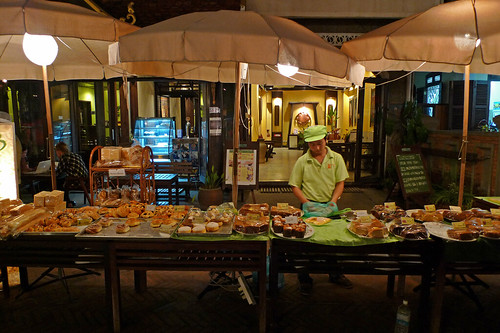 a typical boulangerie in Luangprabang

Other things to do: Cooking classes, boat rides (you would have experienced this already if you opt for the Pak Ou Caves), trekking and bicycling are some of the other popular activities in and around Luangprabang. Or you can just chill and take it slow. That seems to be the pace of life over there.