A not so common fixture in the Cambodia travel scene is a quiet town which puches above its weight in the country’s history. During my short stay in Phnom Penh, I managed to sneak in a quick excursion further afield. Phnom Penh has no shortage of possibilities for day trips but I decided to venture to Oudong or spelled alternatively as Udong, which is the former royal capital of Cambodia up until it moved to Phnom Penh in the 1800s. Oudong itself is a town some 45 km north of Phnom Penh, in Kampong Speu province, but the interesting parts are concentrated in Oudong Mountain, a short drive from the town itself. 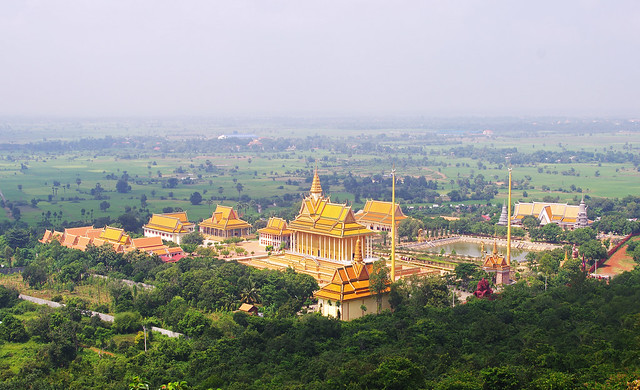 how’s this for a view? from the peak of phnom oudong

To get there, I decided to take a tuktuk. Bad choice. Although the road getting there was in relatively good shape, the dustiness of the Cambodian countryside just proved too overwhelming and it didn’t help that the ride took 2 freaking hours! By far it was the longest tuktuk ride I had ever taken.

The tuktuk driver left me at the base of the hill, from where it took 509 steps up Phnom Oudong, as the locals call it. The climb by itself was pretty easy. There was sufficient shade which prevented it from getting too hot but I had kids pestering me to hire them as tour guides on the first few steps. 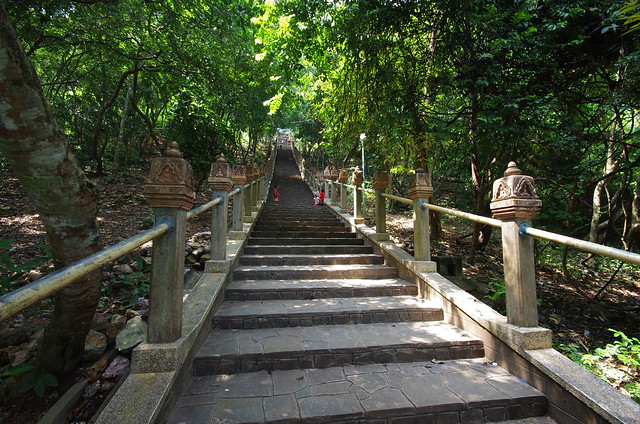 At the top there were majestic views of the Cambodian countryside. One could really appreciate the flatness of the land from up there, with not a single protrusion in sight. Oudong Mountain was the only one and I was standing on it. 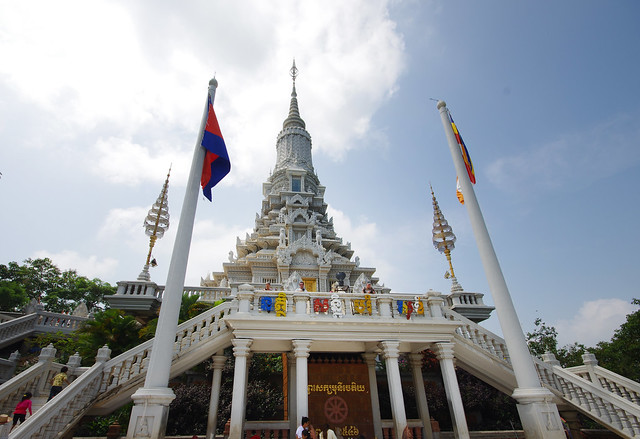 There are several important religious monuments at the peak of Phnom Oudong, and today it is in the tentative list of UNESCO World Heritage. Important remnants include the burial sites of Khmer kings as well as religious artifacts dating back more than a hundred years. Phnom Oudong was well known for a large Buddha statue which was damaged during skirmishes with the Khmer Rouge which had the hill as one of their last strongholds. 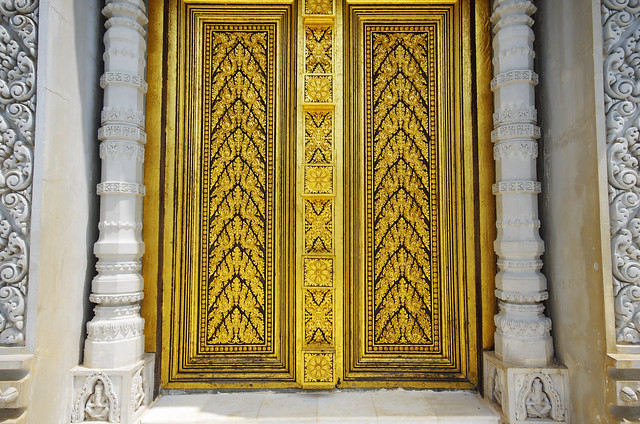 one of the doors to the chedi – it was locked

The first structure that greeted me at the peak was the silver-colored Preah Sakyamoni Chedi, a stupa which is said to house relics from the Buddha himself. This belief has made Phnom Oudong one of the most sacred places in Cambodia. I went on a weekend and there were many people there, mostly locals. Tourists were few and far between. Cambodia travel guides such as Lonely Planet and Rough Guides only devote at most half a page to the place so not many know about it. 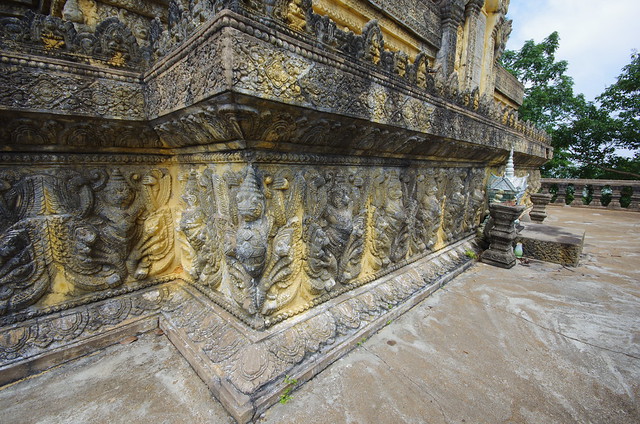 carvings at the royal tombs of oudong

South of the stupa were a couple more pagoda-shaped structures. These on the other hand are the burial sites of the former kings of Cambodia, back in the day when Udong was capital. Despite not really being frequented by tourists, these pagodas were nonetheless quite stunning, with intricate carvings displaying a cross section of Buddhist and Hindu motifs. 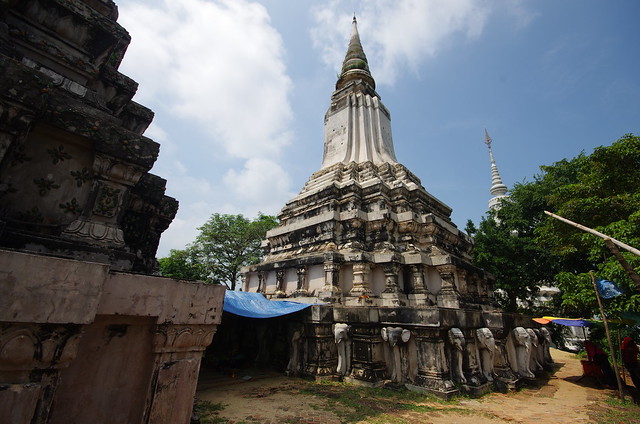 Further down south – about 1o minutes walk – is Arthaross Temple. I did not get to visit the place but it is said to contain the remnants of the large Buddha statue that was destroyed by the Khmer Rouge. The unique thing about the statue is that the Buddha faced north instead of the traditional east, and was said to depict the power of the Khmer Empire at the time.

I stayed in Oudong for a couple of hours, appreciating the majestic vista and the fresh air of the countryside, before heading back down for another dusty ride back to Phnom Penh.

How to go to Oudong?

There are 3 ways to get there from Phnom Penh:

Easy way: Hire a car with driver to take you there for about $40 to $45 return

Not so easy, not so hard way: Hire a tuktuk to take you there and back for about $25. Do note that it will take a journey time of 2 hours on a very dusty path with a tuktuk!

Hard way: Aim to find a shared taxi in Sorya Bus Terminal near the Central Market. No fixed schedules. The shared taxi will leave only when full. Another possibility also from the same bus terminal is to take northbound buses and ask them to drop you off at Oudong. Problem with this is that you’ll be taken to Oudong town and not to Phnom Oudong, which requires another ride. And once there, there are no guarantees of finding a shared taxi back!