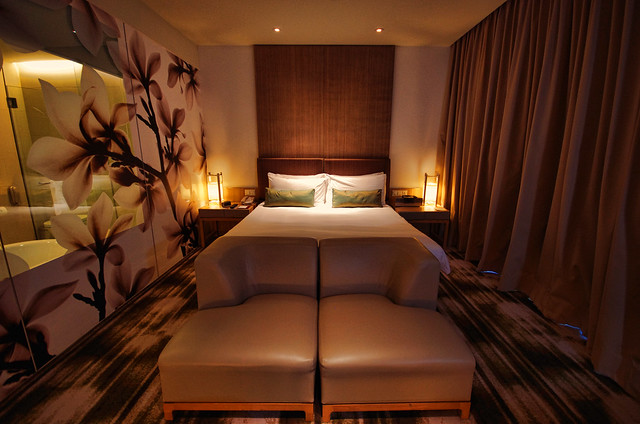 As an all too familiar sight whenever I visit the airport, the immense facade of the Crowne Plaza Changi Airport in Singapore has always piqued my curiosity, like a monument that greets me as I anticipate the start of a trip or savor the familiar smell of home. Despite sitting right next to Changi Airport Terminal 3, this premium hotel by the IHG Group certainly feels much more than your average transit hotel that caters to passengers with flight delays or cancellations. It has constantly ranked within the top airport hotels of the world, and for one weekend, I went to check out what all the attention was about.

Update 2016: I went back to have another staycation at this property after they opened their new wing. You can check out my review of the Business King room at Crowne Plaza Changi Airport here. 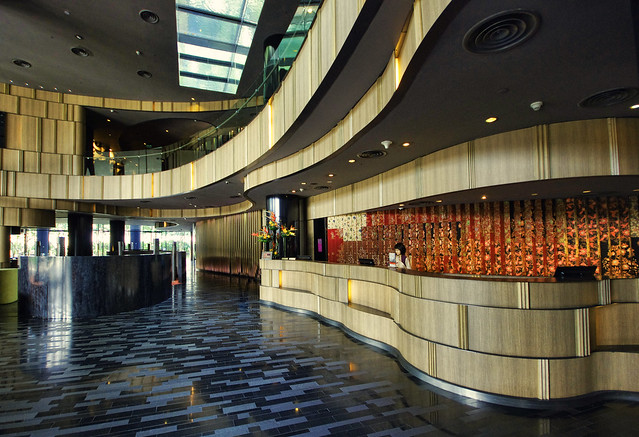 Getting to the Crowne Plaza Changi Airport was a breeze. A walkway connects the hotel with Terminal 3’s departure area, and from there the MRT station is a few minutes walk away. The lobby is decked in a modern style, full of curved surfaces and with a transparent ceiling with flowing water. The reception was graced with batik prints and despite queuing during the normally busy 2PM check-in time, I was quickly attended to by the staff. Without asking for it, I was also offered two welcome drinks due to my status as an IHG Platinum Rewards member. 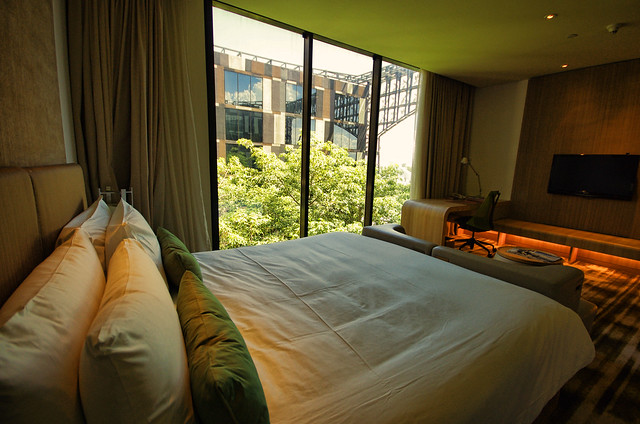 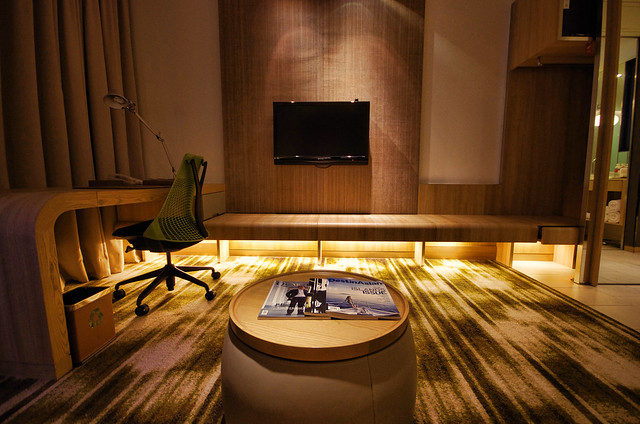 My room was situated at the 7th floor of what is a relatively low-rise building. It was a Premiere Room that overlooked the lush gardens of the hotel. Upon walking in for the first time, I could not help but notice how spacious it was. At approximately 36 sq meters, the room is one of the largest for a hotel of its class. It is in fact spacious enough to accommodate a small sofa right in front of the bed and some extra seating spaces. The next most prominent element of the room, aside from its notable size, are the unmistakeable floral prints that envelope the glass walls of the bathroom. If anything, this and the lush gardens outside create a resort-like atmosphere, leaving thoughts of airplanes and airports out the door. As an added touch, the room also comes with an iPod dock which is an especially attractive proposition for an audiophile like myself and a variety of travel magazines to inspire one’s next getaway.

Even though the airport runway is practically next door, I never had to worry about airplane noise. The hotel did a fantastic soundproofing job and I never did hear anything related to an airplane whenever I was indoors. 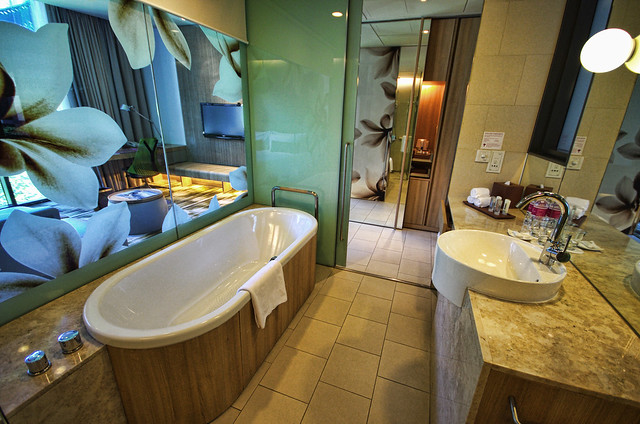 The bathroom is an equally pleasant affair. The highlight is of course the bathtub sitting just beside the glass walls. On a good day, it’s very much possible to take a warm bath with a garden view to further heighten the stay experience. Also, as this was my 5th stay in an IHG property over the past year, I found the way the amenities were presented to be consistent with other hotels in the chain. The packaging is very much standardized, leaving IHG Rewards members like myself with a feeling of familiarity. As expected, there was also a small sign on the counter top stating that the hotel could also provide the not-so-common amenities upon request. It is an environmentally-friendly approach that I’ve seen replicated across the various IHG hotels. 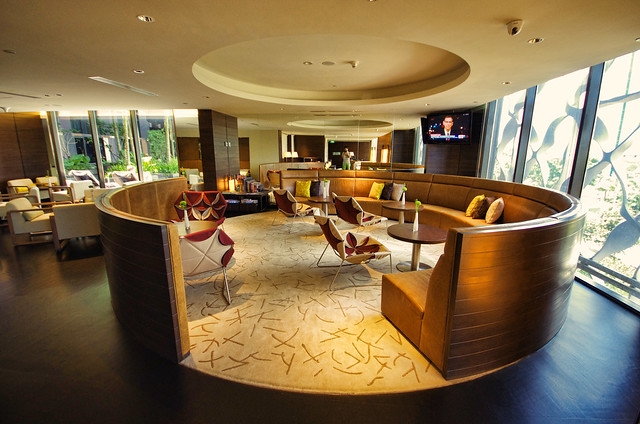 I was given access to the Club Lounge during my stay at Crowne Plaza Changi Airport. Overlooking the pool, I checked it out during their early evening cocktails which runs daily from 5:30PM to 7:30PM. During this time, a range of alcoholic beverages and canapes are served. The staff manning the Club Lounge at the time of my visit was very attentive, suggesting a variety of drinks for me to try which included a handy list of various cocktails such as the iconic Singapore Sling. 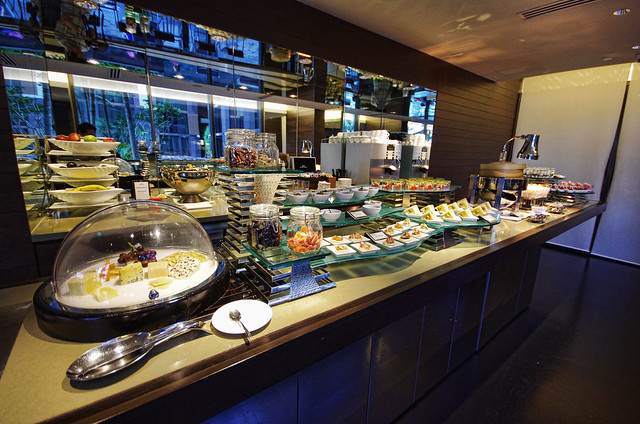 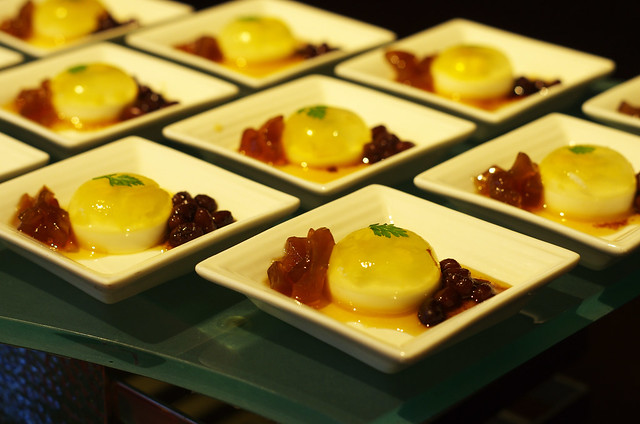 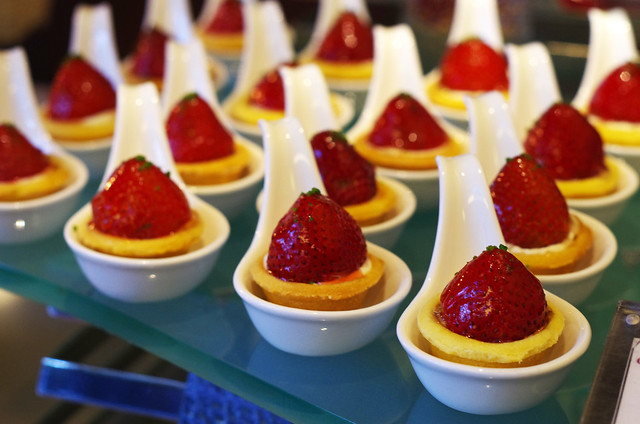 There was a generous selection of meticulously prepared canapes during the evening cocktails, as well as small cakes. As I was going for the dinner buffet at Azur later that night, I limited my consumption but I found the small sandwiches very appetizing. 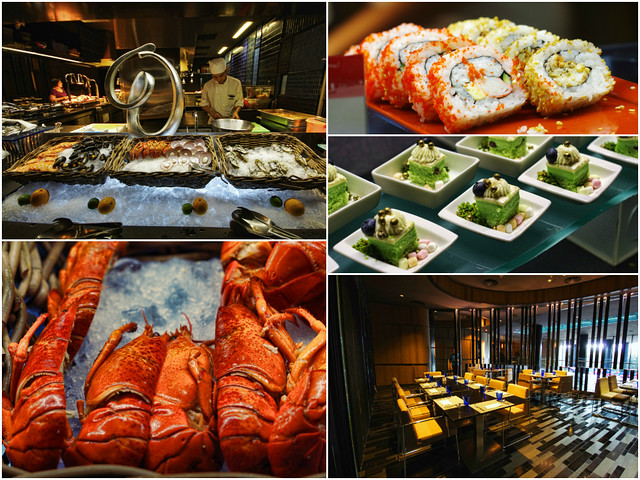 I had my dinner in the hotel’s all-day dining restaurant, Azur. As it was Singapore’s National Day, the weekend dinner buffet that night had a wonderful selection of Singaporean food such as friend oyster cake placed alongside international specialties. While Azur’s dinner buffet doesn’t offer the widest selection of items – and it doesn’t claim to – I found the quality of the dishes to be rather high. Their salmon sashimi, an item which has become ubiquitous across buffet spreads all over Singapore, was especially tasty and tender, easily beating those I’ve eaten elsewhere. The spread that night also featured lobsters which the hotel had no qualms in replenishing on a regular basis. When soaked with the accompanying cocktail sauce, this made for a worthy seafood accompaniment to the dinner. 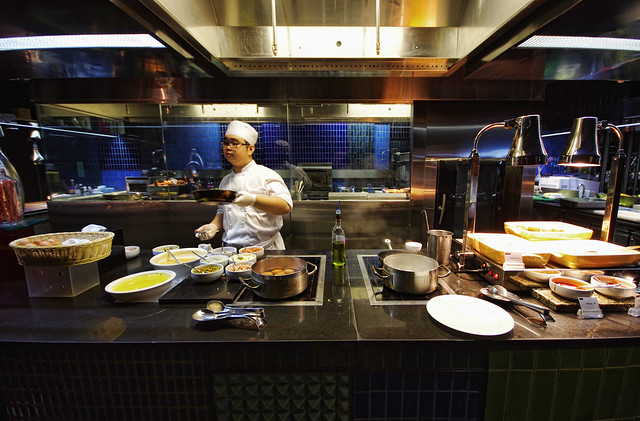 For breakfast which is served from 6:30AM to 10:30AM, I had the option of having it at the Club Lounge or at Azur. I chose to have it at Azur due to the greater variety offered. The breakfast buffet spread was sufficient, with a hearty mix of Asian as well as western specialties. Like in any other respectable hotel in Singapore, local delights such as char kwey teow were available alongside chicken sausages and hash browns. 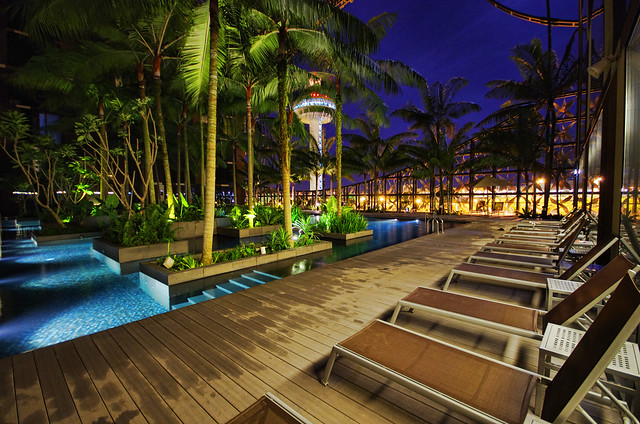 The Crowne Plaza Changi Airport has more than enough facilities to keep one occupied. I practically never had to leave the hotel during my entire stay there. The swimming pool located at the 3rd floor is a highlight and seems to be very popular with families. Deviating from the usual features of a lap pool, the one here is marked by a canopy of palm trees that serves to enhance the garden atmosphere of the hotel and provide some shade for guests swimming in the day. I found it especially atmospheric to swim here at night with the luminance of Changi Airport’s control tower in full view. 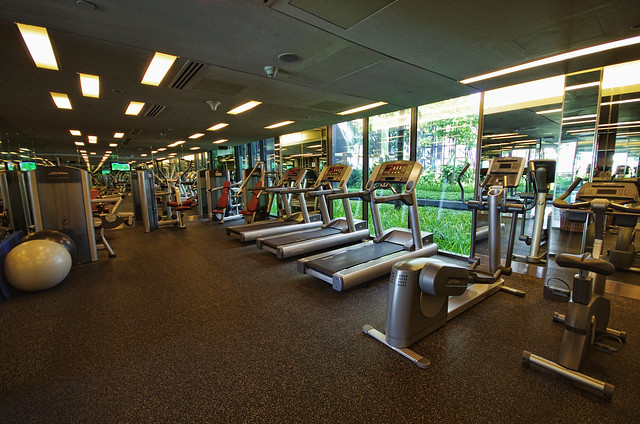 In the same floor, there is also a spa and a fitness center. The latter is of adequate size, featuring several treadmills, stationary bikes, a free weights set and some machines. The gym was practically empty during the two times I dropped by but was by all means ready-to-use.

I have heard a copious amount of praises about Crowne Plaza Changi Airport over the years but never expected my overall experience to be this positive. It may be partly due to my own preconceived notions about airport hotels and what they’re supposed to be like, but this property definitely made me reconsider the meaning of an airport hotel. By far, my stay in Crowne Plaza Changi Airport is one of the best I’ve had for a Singapore hotel that’s between 4 and 5 stars. For a Singapore resident, staying here with the hotel’s pleasing facilities and tranquil surroundings sure made me forget where I was. This property makes for a great leisure hotel. Those staying here when transiting in Singapore will be surprised as well. As if I haven’t mentioned it enough, this is not your typical airport hotel. Even stranded passengers expecting to sulk from flight delays or cancellations will probably receive a positive boost staying here.

My stay was sponsored by the property. However, all opinions are my own.